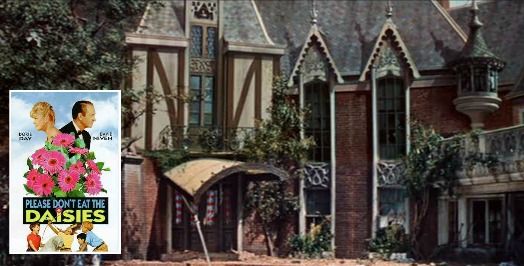 One of my favorite Doris Day movies is the 1960 family comedy Please Don’t Eat the Daisies. It’s fun to see her remodeling an old house with her husband, played by David Niven.

Kate and Laurence Mackay have a great apartment in New York City, but after their family of six outgrows it, they buy an fixer upper in the suburbs.

Let’s take a closer look at the house from the movie before and after they remodeled it!

When the family sees the old house they’re moving into for the first time, even the dog looks skeptical.

The book was based on the true adventures of the Walter and Jean Kerr family.

John Kerr, one of their sons, says that his parents had actually planned to look at a house that was for sale across the street.

When they couldn’t get in to see it, they bought this one instead!

Everyone thought they were crazy, he says, but they didn’t care. They bought it anyway.

And they lived there for the rest of their lives.

I thought it must have been a matte painting, but a reader named John gave us the scoop about the exterior:

The house stood on Lot Two of MGM Studio, and was referred to as the Vinegar Tree House.

It was one of the few sets built to be photographed from both the front and the rear.

The front of the house looked fully complete, roof and all. The rear of the house was indeed lacking a roof, thus you were half correct (about it being a matte painting)!

The bottom portion we see in the film is real, and the roof and sky are matte paintings.

The backside of the structure was called Bransom Cottage. The house was built in 1938 for the film Rich Man, Poor Girl and named as it was because of the actual vinegar tree in the front yard.

Other notable films that utilized the set were National Velvet and Joy In The Morning.

Walking through the house on moving day and surveying the amount of work that has to be done:

The Living Room as they find it on moving day, complete with suits of armor and spare tires:

During the renovation, you can see they’re halfway through painting the woodwork:

All the woodwork has been painted white, the furniture recovered, and a big TV unit added to the corner.

The musical number Kate rehearses for the amateur show (“Any Way The Wind Blows”) had been written for the previous year’s Doris Day movie, Pillow Talk. The song title was, for a while, even the working title of that film. (IMDb)

Please Don’t Eat the Daisies was based on a bestselling book by Jean Kerr: 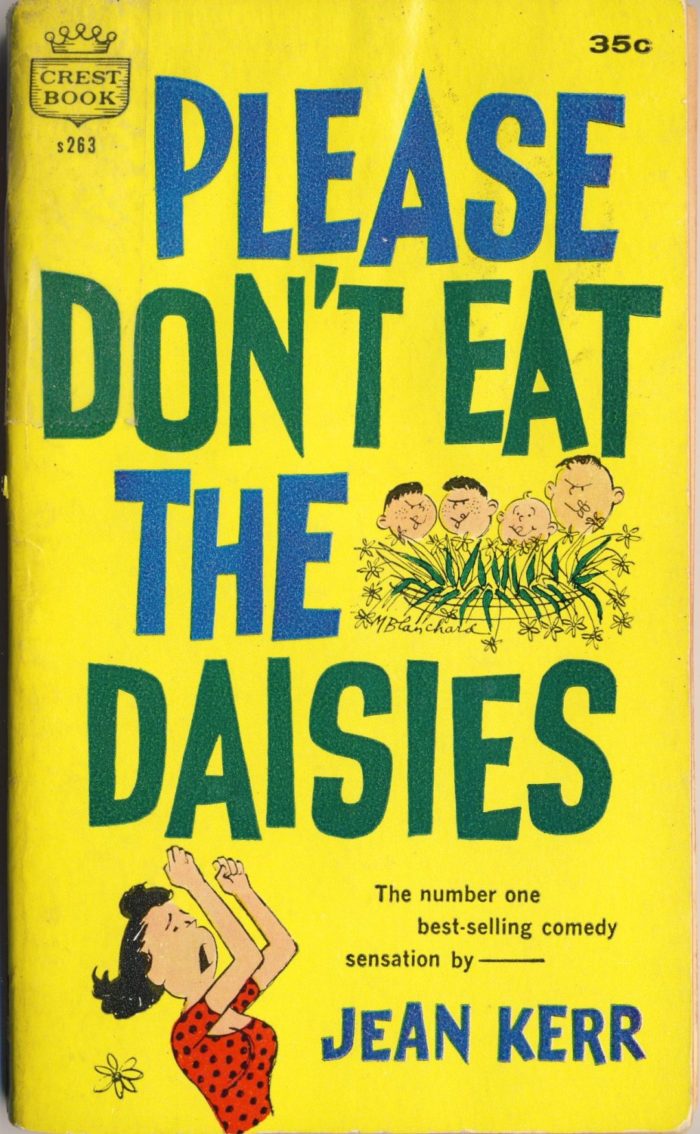 She was a playwright and humorist married to Walter Kerr, a drama critic. 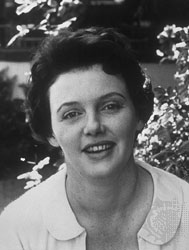 They had six children — Christopher, twins Colin and John, Gilbert, Gregory, and Kitty.

Her story about city-dwellers with a big family moving to the suburbs and fixing up an old house was not only adapted for the big screen with Doris Day in 1960, but became a TV show in 1965. 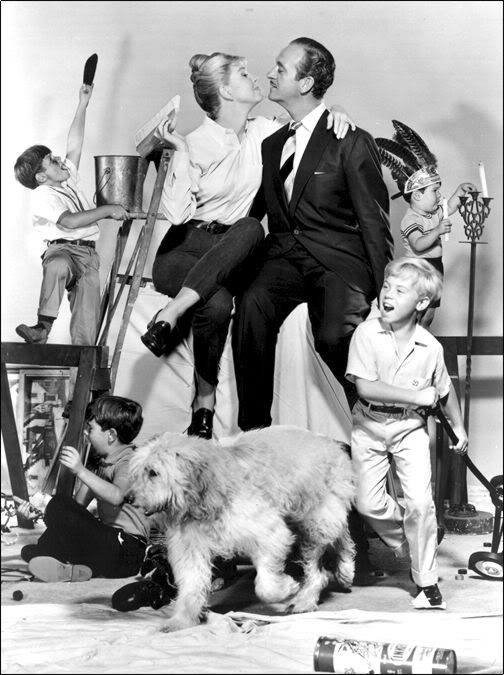 The house was originally a carriage house for the mansion next door.

According to the article, “When the Kerrs moved in, they toned down some of the more flamboyant interior features and added spaces to accommodate a family of six active children.”

You can see photos of the real house and read more about it in the Larchmont Gazette.

Previous Post
The House from the Movie “Hope Floats” in Texas 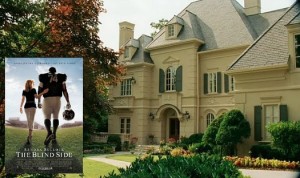 Next Post
The Tuohy House in “The Blind Side”