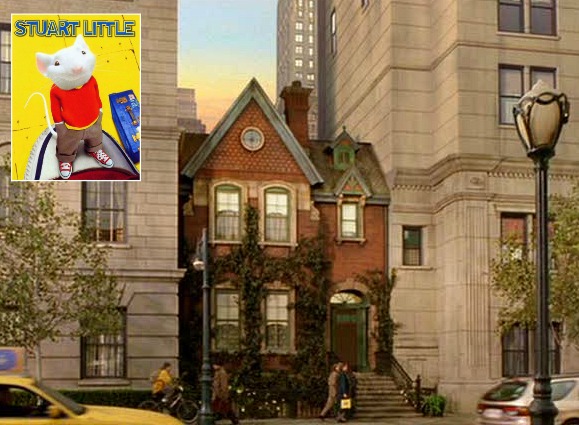 The first Stuart Little movie, which was based on the classic book by E.B. White, came out in 1999, and I loved how colorful and creative the Little family’s house was.

It’s a New York City brownstone near Central Park, wedged tightly between much larger buildings on either side.

Let’s take a closer look at the sets they created for it!

The House from “Stuart Little” 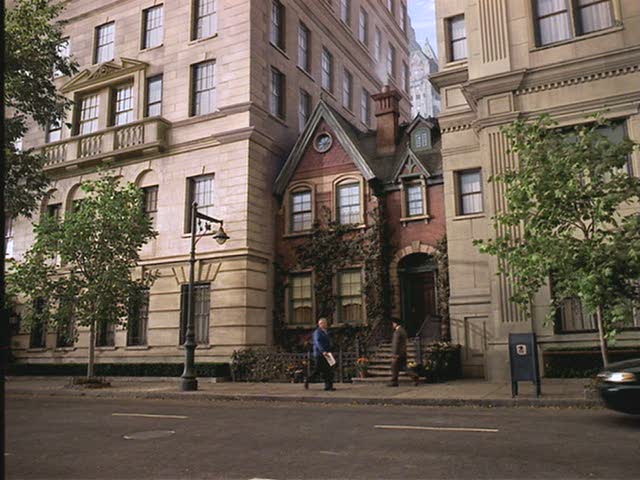 Mr. and Mrs. Little go to an orphanage to adopt a brother for their only son George, but end up adopting a mouse named Stuart (voiced by Michael J. Fox) instead. 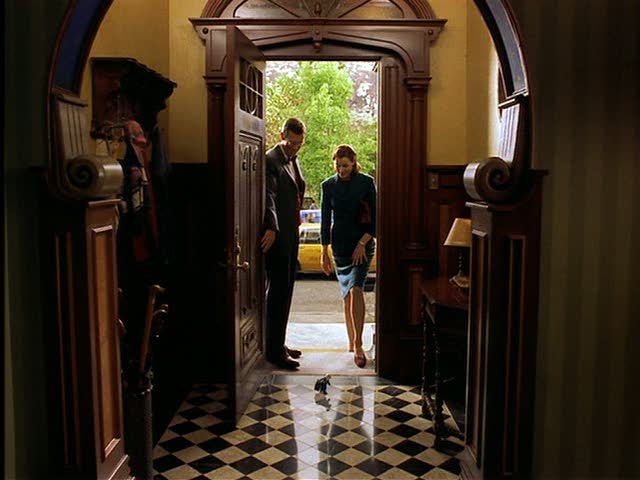 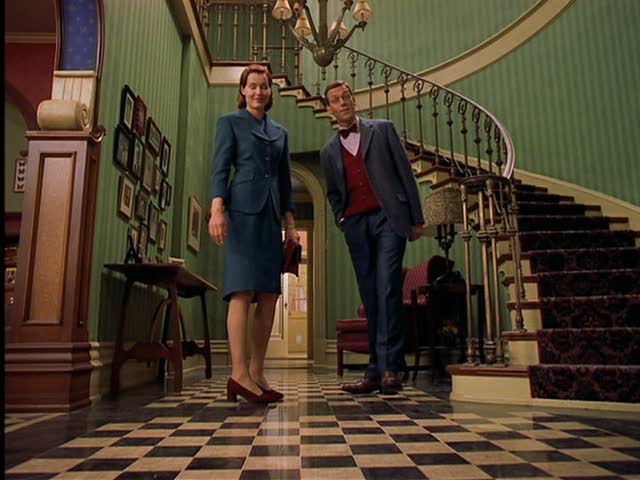 The only clue he gave as to where the mouse and his family lived was in this line: “The home of the Little family was a pleasant place near a park in New York City. In the mornings, the sun streamed in through the east windows, and all the Littles were up early as a general rule.” 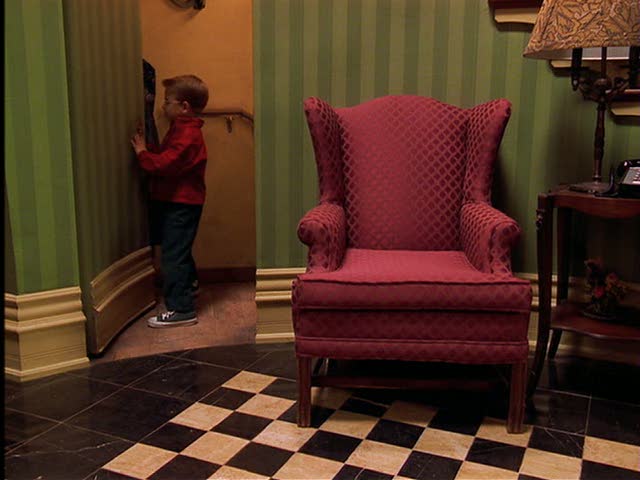 According to an article at 6 Sq Ft:

The real clues to the home’s location is from the Garth Williams’ illustrations.

Arlene Harrison, the Gramercy Park Block Association President, a.k.a the “Mayor of Gramercy Park,” and board member Sean Thomas Brady agree the Littles’ house must be 4 Gramercy Park West, a Greek Revival townhouse. 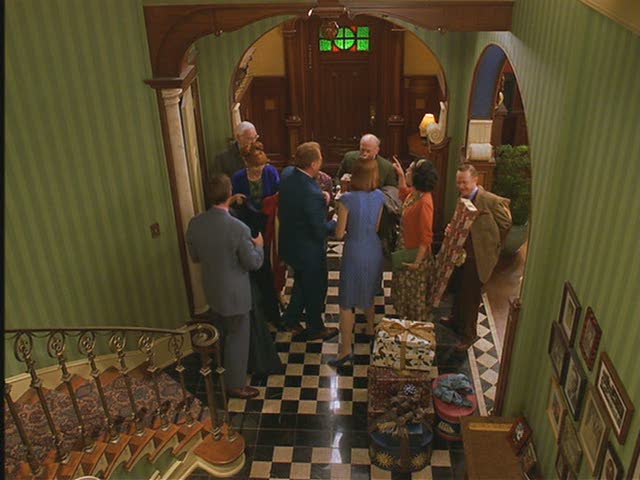 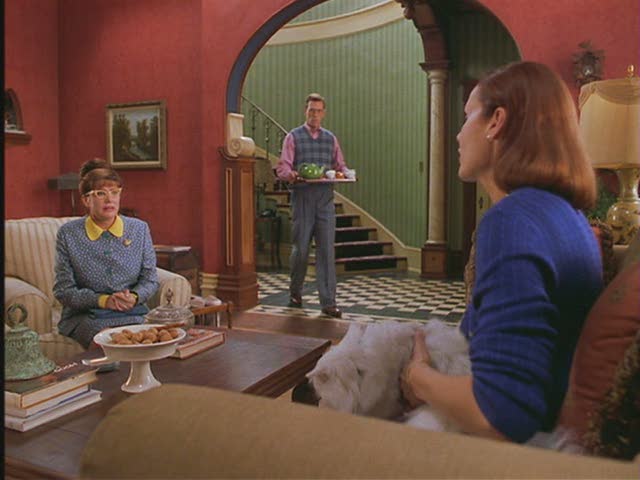 The painting over the living room fireplace is “Sleeping Lady with Black Vase” by Hungarian painter Robert Bereny, which was thought to be lost since 1928.

It was bought by a set-designer as a prop for $500 at an antique shop in Pasadena.

When a researcher at the Hungarian National Gallery in Budapest watched the movie in 2009, he recognized it and it was “found” again! 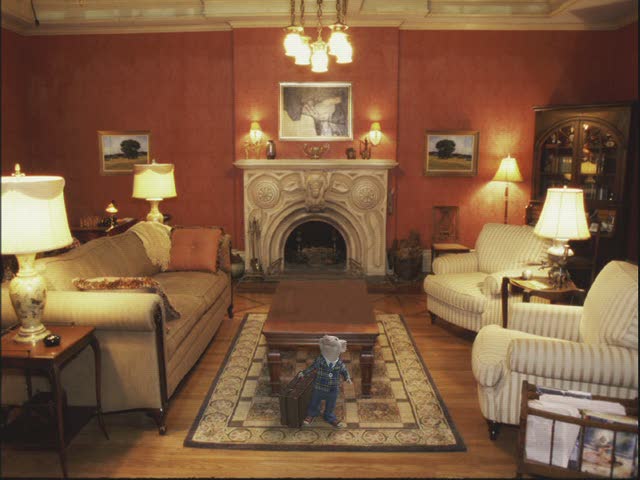 The production designer was Bill Brzeski; the set decorator was Clay A. Griffith. 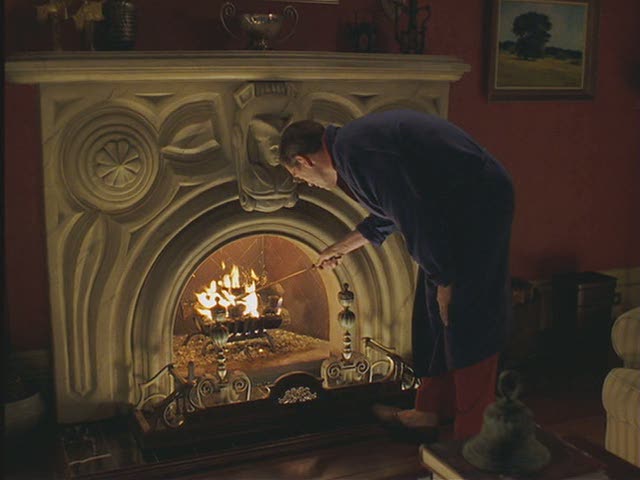 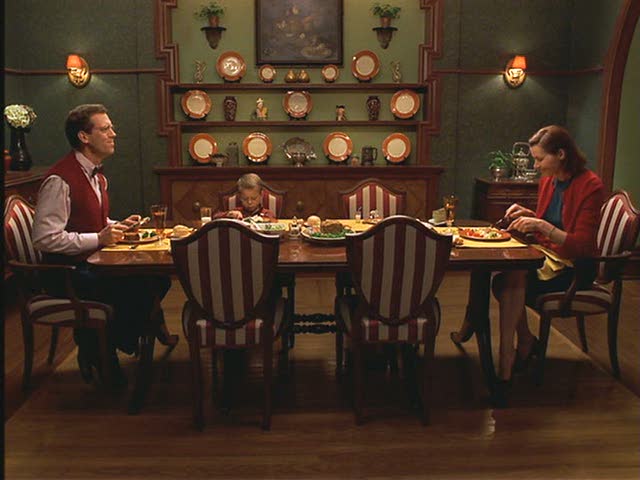 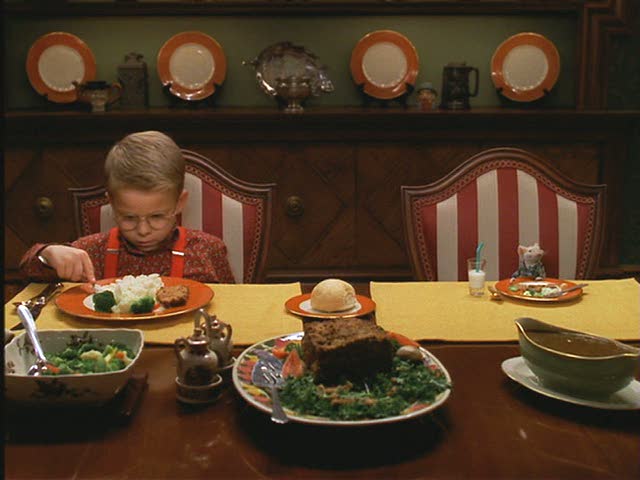 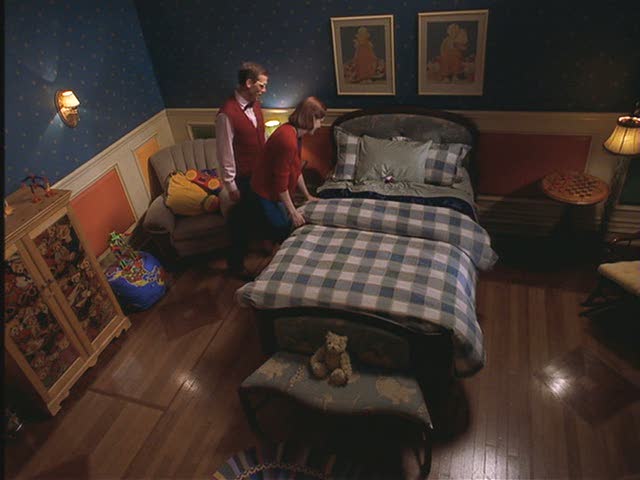 In the sequel, Stuart and George share a room with a unique bunkbed solution: 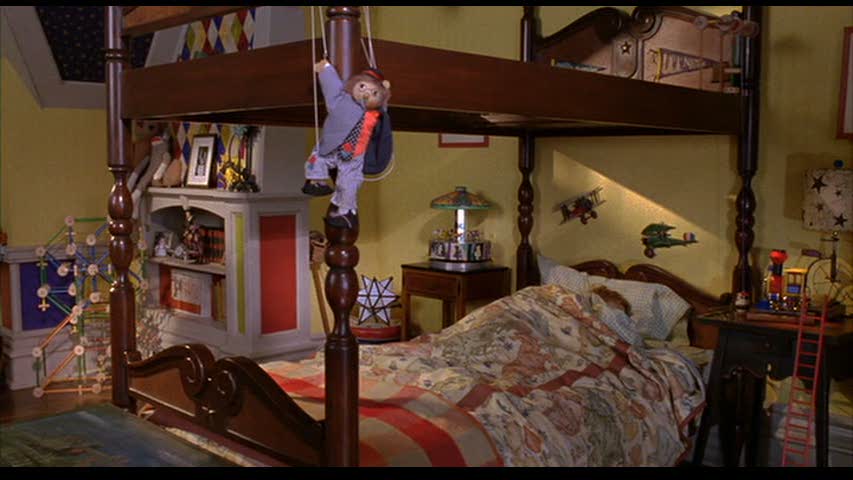 The top bunk has been designed as a room for Stuart within the big room: 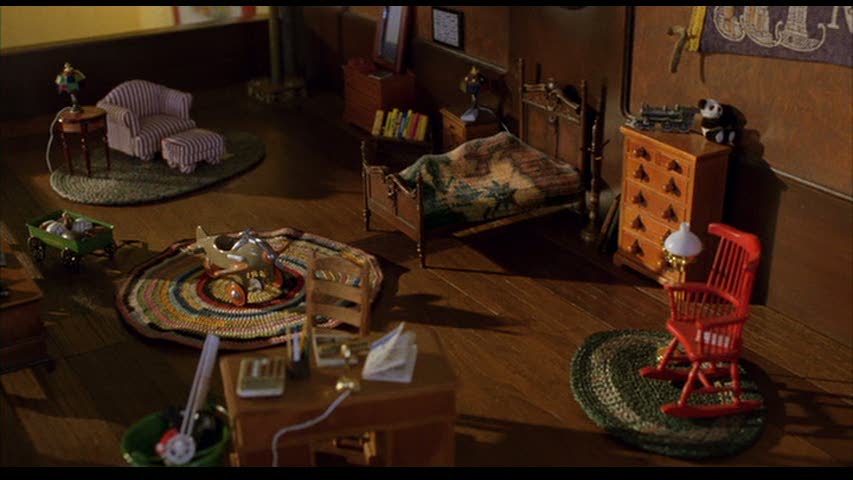 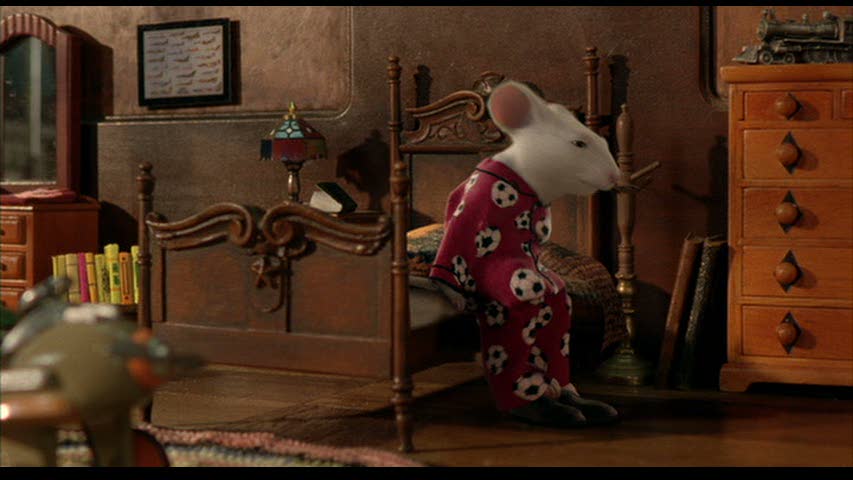 Stuart has his own little sink and mirror in the bathroom: 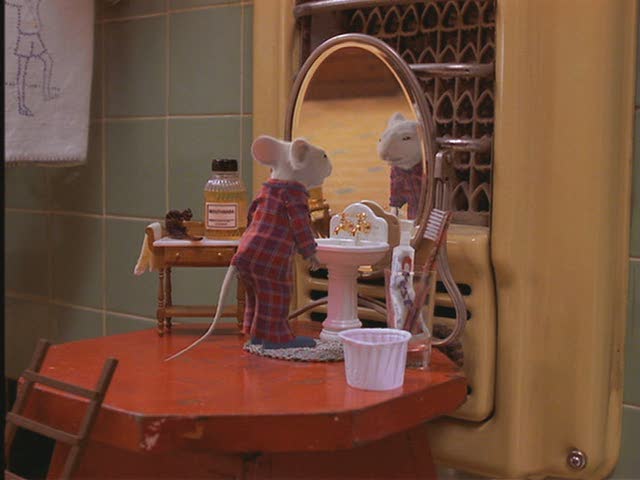 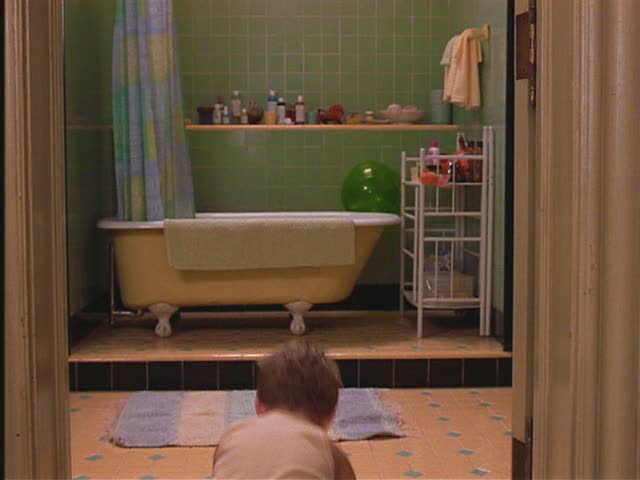 The Green and Yellow Kitchen: 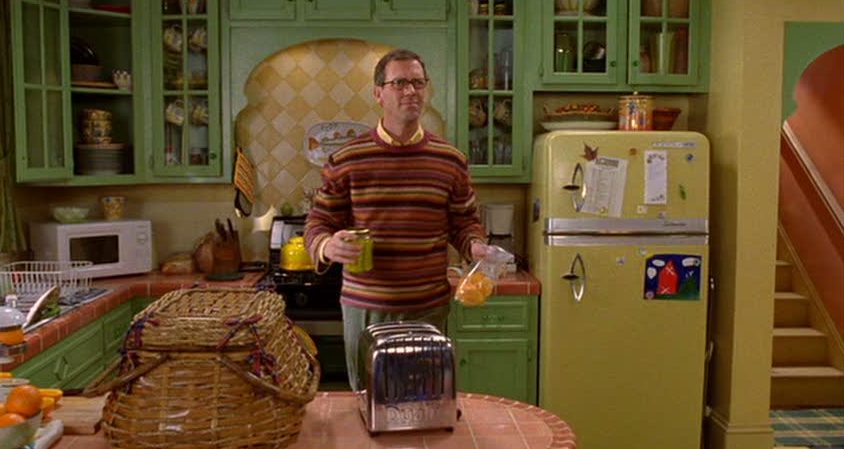 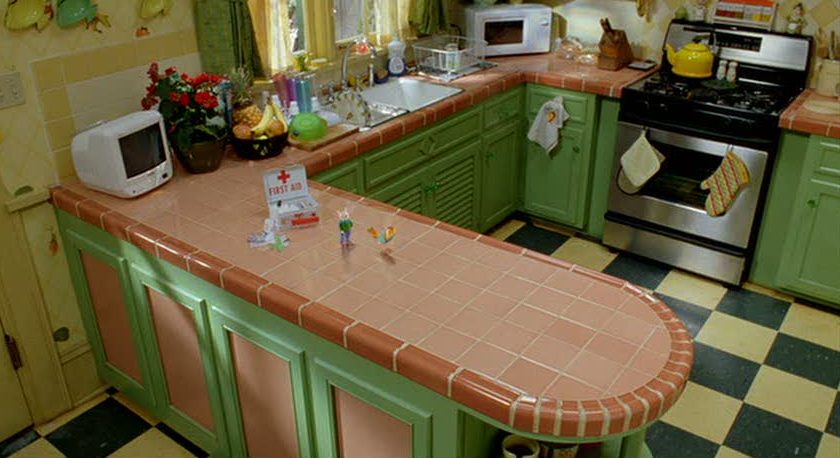 The kitchen was barely shown in the first movie, but the sequel had several scenes in it. 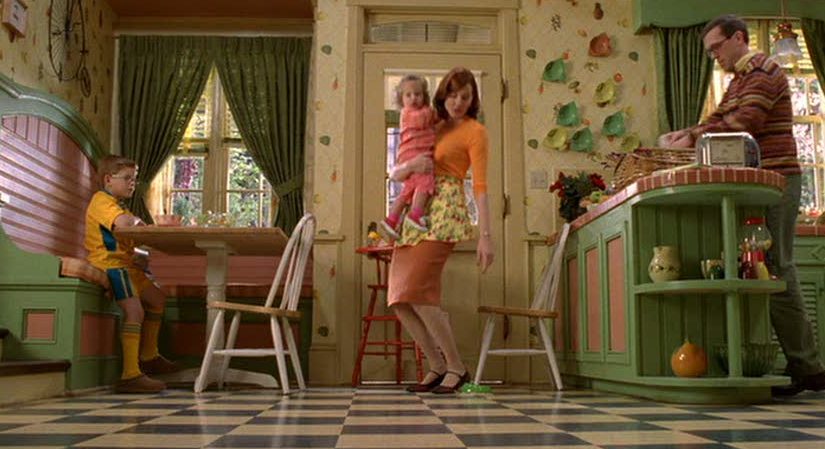 The interior sets were created on a soundstage at Culver Studios in California.

As for the exterior of the charming little house in the movie, I could find no evidence that any such place really exists in New York.

From what I can tell by looking at the screenshots, I’m assuming it’s mostly “special effects.” 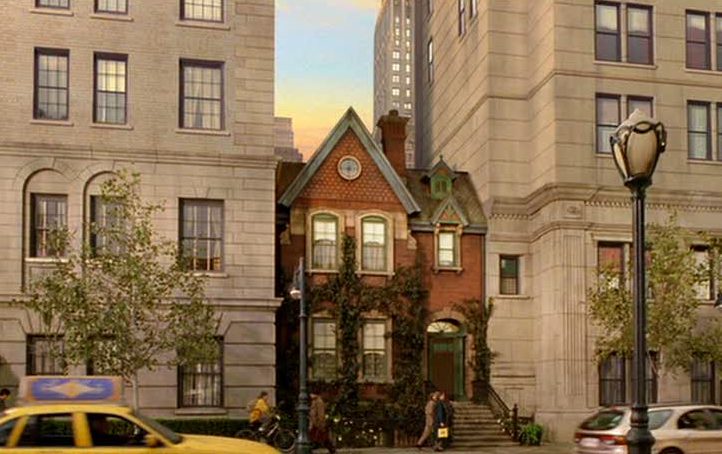 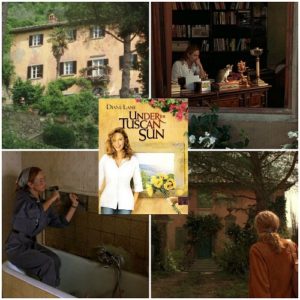 Previous Post
Bramasole: Diane Lane’s Italian Villa in “Under the Tuscan Sun”
Next Post
The Houses and Filming Locations from the Movie “The Notebook”