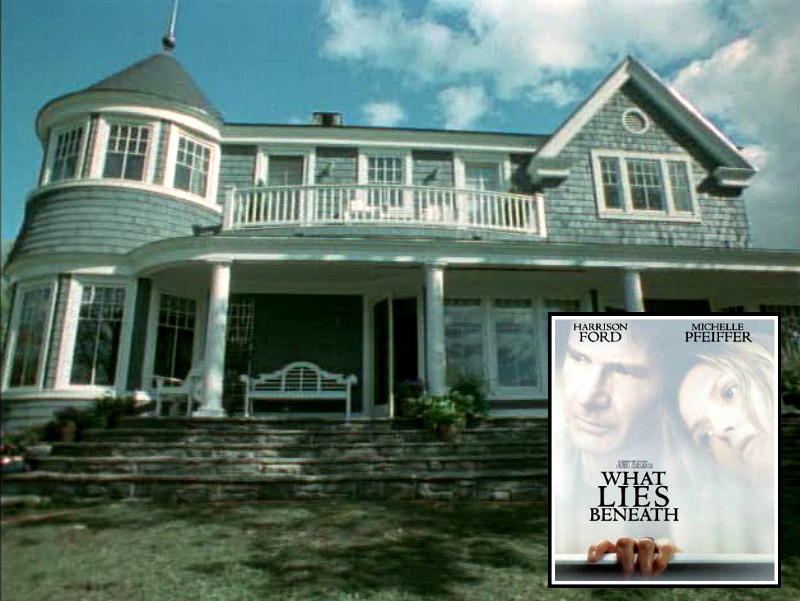 Scary movies just aren’t my thing, but I made it all the way through What Lies Beneath, simply because I couldn’t take my eyes off the house.

It was pretty fabulous. Too bad it wasn’t a real house and is no longer standing.

Let’s take a look back at the house they built for the movie!

The House from “What Lies Beneath”

Filming began in 1999 in Addison, Vermont, on the banks of Lake Champlain.

Screenwriter Clark Gregg says he had always envisioned Claire and Norman Spencer living in Burlington, Vermont, which is an academic community like the one Norman is a part of.

The location was perfect except for one thing: they needed a house.

So production designers Rick Carter and Jim Teegarden worked with director Bob Zemeckis to design the 3,500-square-foot Nantucket-style shingled house, which was constructed from the ground up (and, sadly, torn down after filming).

Here’s the initial sketch they came up with for it: 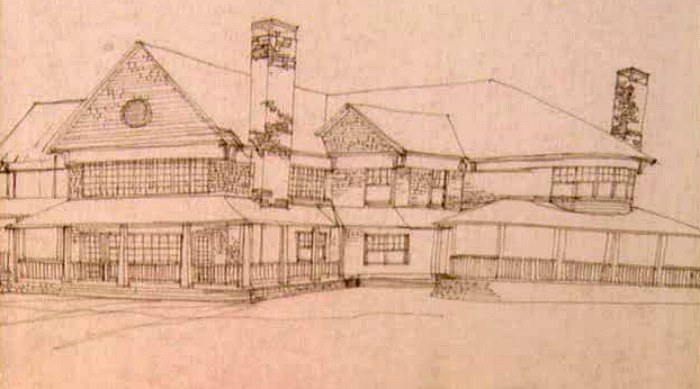 Zemeckis says the house had to work on two levels.

It had to look like a kind of dream house in the sunlight, but when the shadows or light hit it a certain way, it would turn ominous. 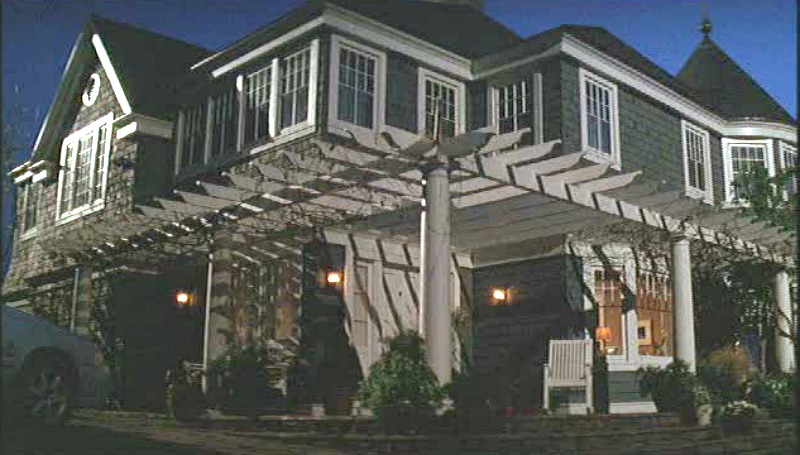 According to the production notes, they duplicated both the exterior and interior on soundstages in L.A. 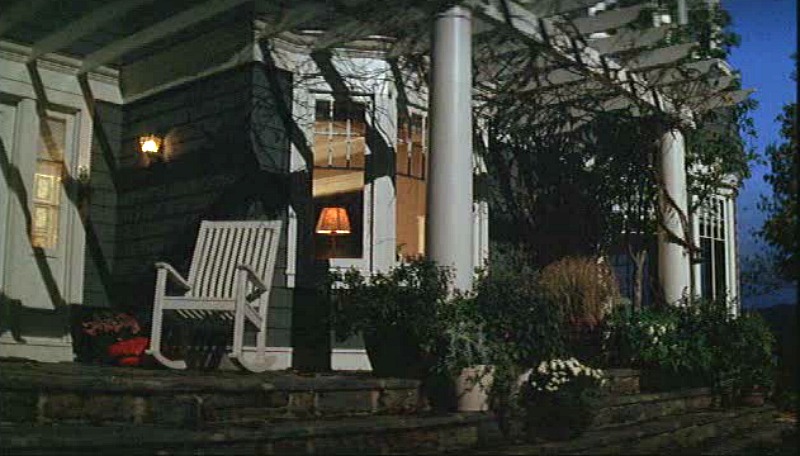 Michelle Pfeiffer and Harrison Ford play Claire and Norman Spencer, a beautiful, happily married couple who have just moved into this old house in Vermont and renovated it.

It was Norman’s late father’s house, who died and left the house to them.

So at first when strange things start happening, they think it might be his ghost.

Norman jokes that maybe he doesn’t like the changes they made to the house. 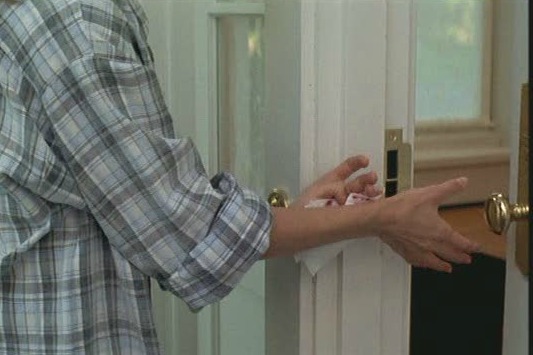 The front door keeps opening on its own.

The sets don’t look too dated over a decade later.

The living room has a view of the water: 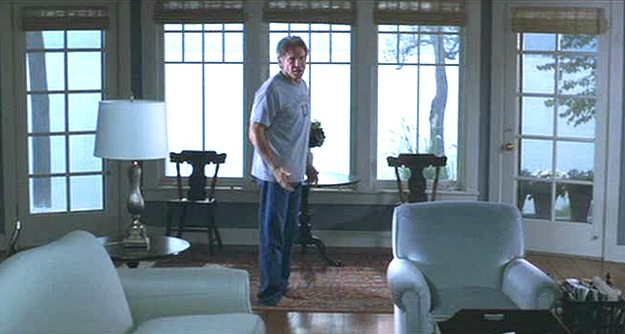 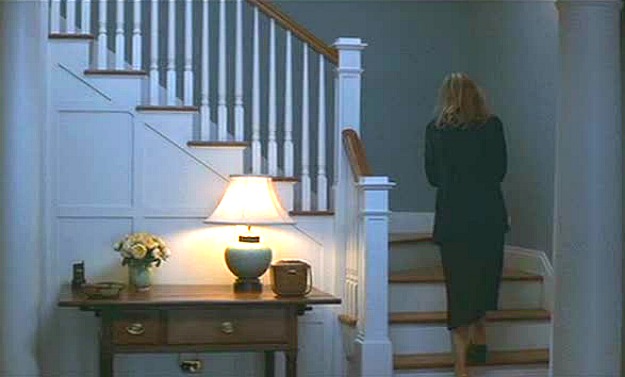 The bathroom is where at least 75% of the scream-worthy things occur.

I may never take a bath again…

They did so much filming in this bathroom that they created five different versions of it for the movie.

Michelle Pfeiffer says that it was hard not to laugh sometimes because she could hear the crew in the bathroom noisily filling the bathtub and setting things up for her to walk in and be scared by, but she had to pretend not to notice.

The Back of the House and the Dock:

It’s hard to believe this fabulous house was just a shell built for the movie, isn’t it?

According to the Vermonter, a park pavilion has been built on the site where the house stood.

You can watch the movie “What Lies Beneath” on Amazon (affiliate link). 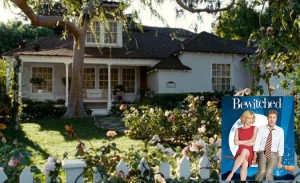 Next Post
Wickham Place: The London Townhouse from “Howards End”