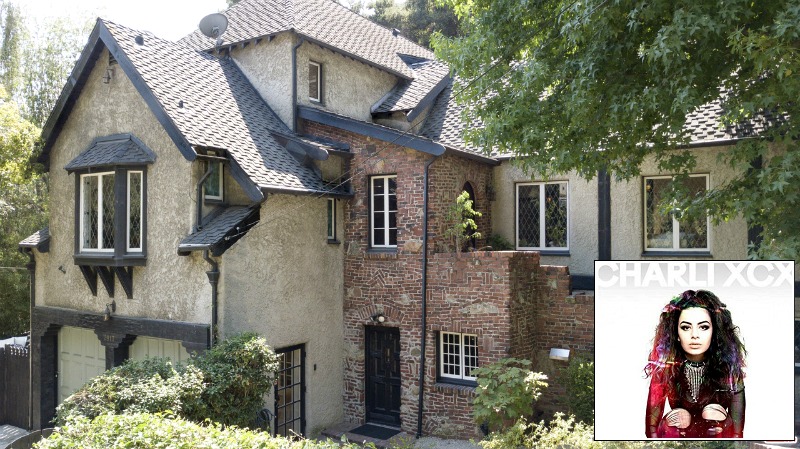 British singer-songwriter Charli XCX is selling her house in the Hollywood Hills. It’s an English Tudor Revival-style home that still looks much the same as it probably did when it was built in the 1920s. It has many of its original details, including diamond-paned windows, dark beamed ceilings, and vintage tile bathrooms.

It was featured in Architectural Digest last year, and Charli (real name: Charlotte Emma Aitchison) told the mag, “It’s funny that I moved across the world and still ended up in an archetype of a British house.”

When asked what drew her to the home, she said, “I liked that this was an old place and immediately loved it. I love the dark wood. I love that it’s a little creepy and weird. It just felt really right for me.” 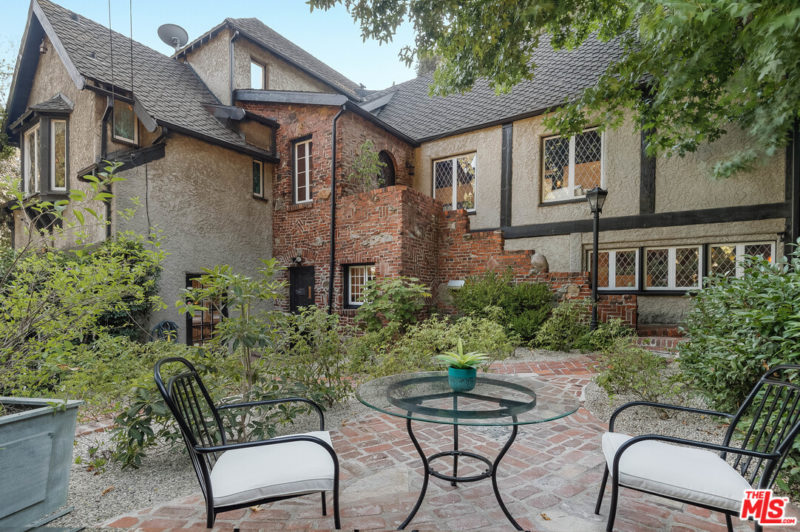 Charli’s English Tudor-style home is in the Beachwood Canyon area of Los Angeles.

The gated community dates back to the 1920s in what was originally called Hollywoodland, 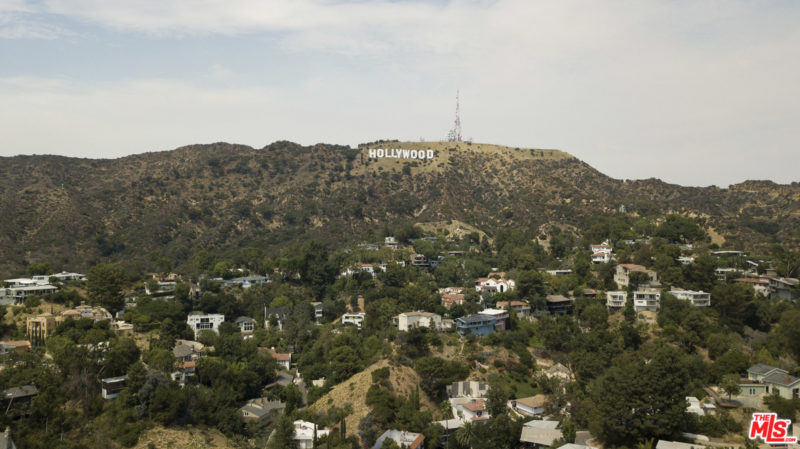 According to the Daily Mail, “The singer moved into the house after relocating from London to LA in 2015,

inviting three childhood friends from the UK to live with her.” 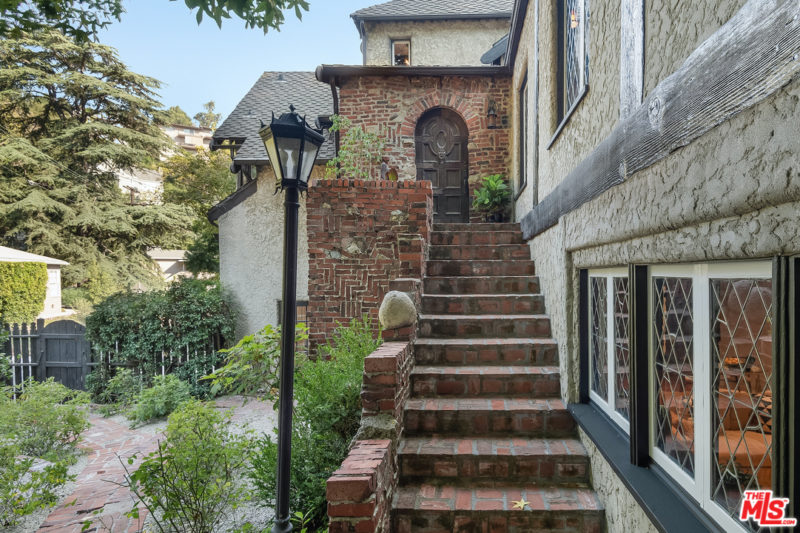 The Living Room with Vaulted and Beamed Ceilings: 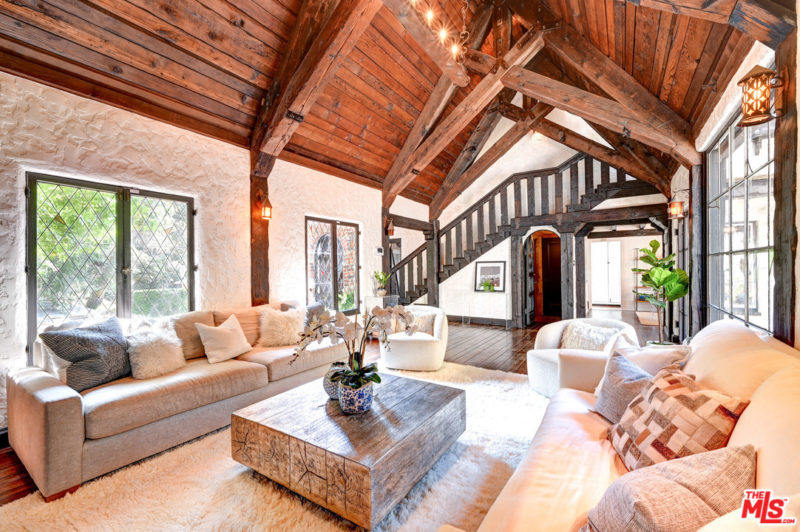 The two-story fireplace has a whimsical, storybook look with nooks for displays: 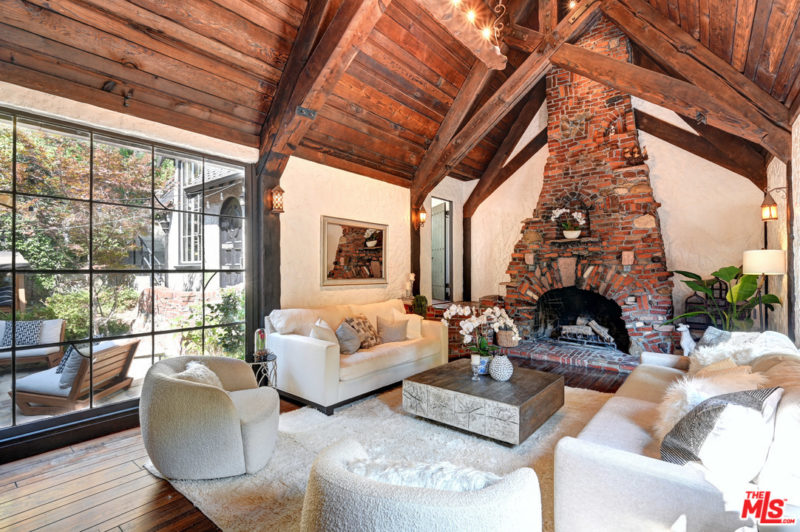 This stunning 1927 English Tudor Revival, nestled in Beachwood Canyon, is a truly rare estate that exudes all the glamour of old Hollywoodland and the charm of LA’s best Storybook homes. Touches of fantasy delight throughout the estate including floor to ceiling diamond-paned windows, hand-carved dark wood doors and beams, and three whimsical brick fireplaces.

The manse has a smart floor plan with 3 levels of well thought out usable space, both grand and cozy, for a practical modern lifestyle. The dramatic living room with its soaring ceiling, the large private study, the dining room, and the TV room wrap around the picturesque courtyard at the heart of the property and beautifully meld with the surrounding gardens. 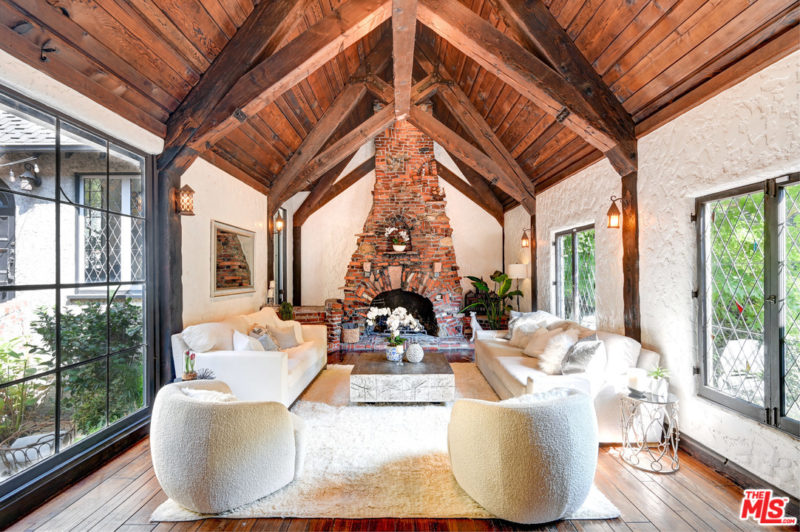 According to the listing, the architectural details in the home include: 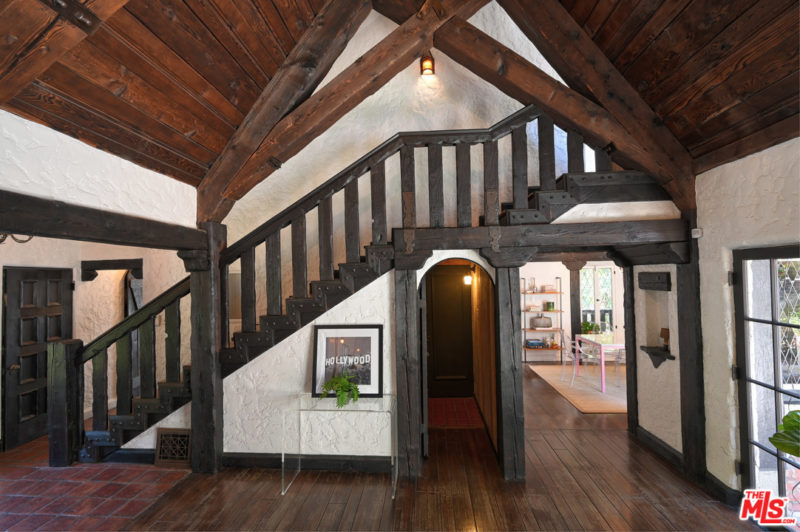 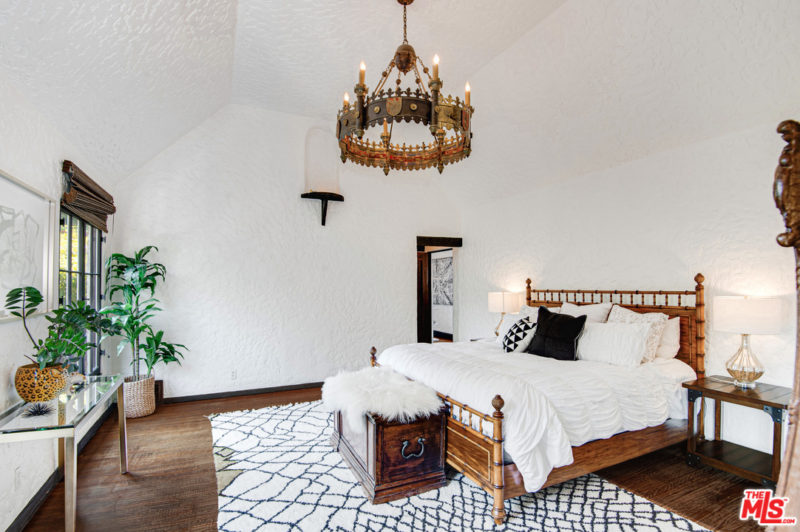 A vintage chandelier hangs from the vaulted ceiling in the main bedroom. 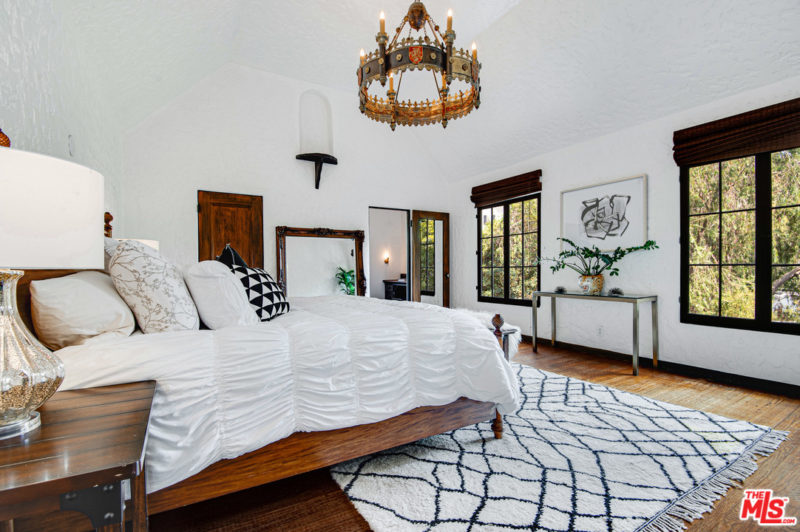 The original 1920s aqua-blue and black bathroom tiles were restored: 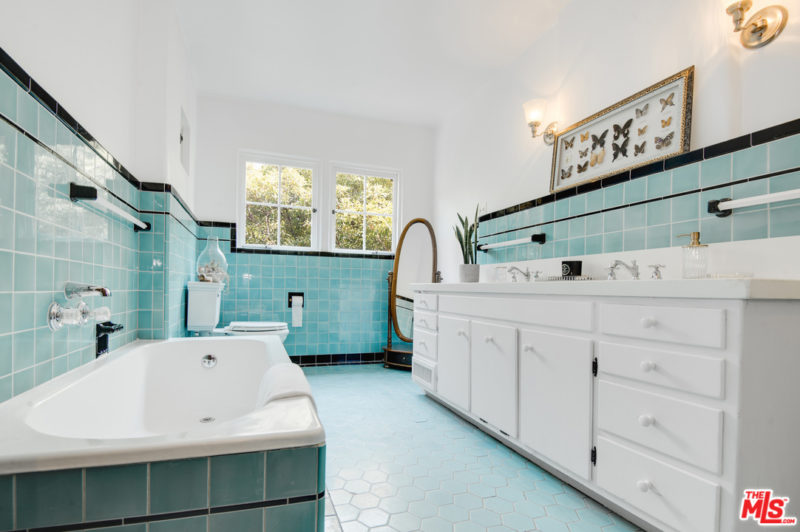 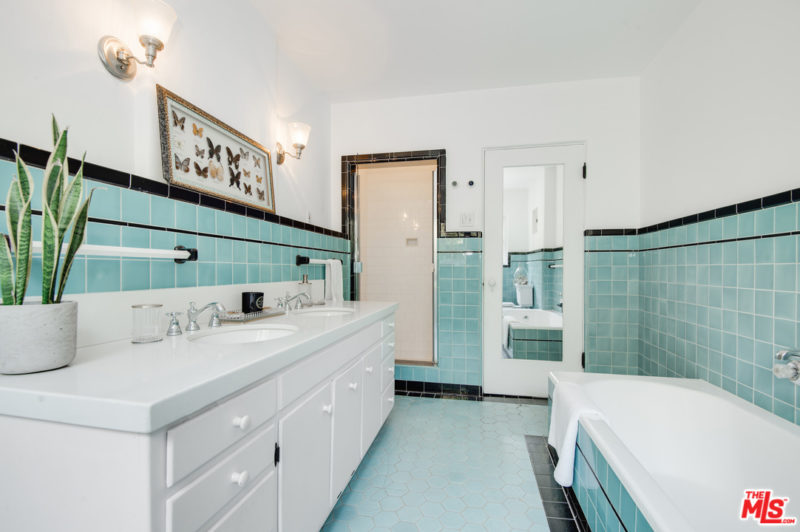 the singer’s username on MSN messenger when she was a teen. 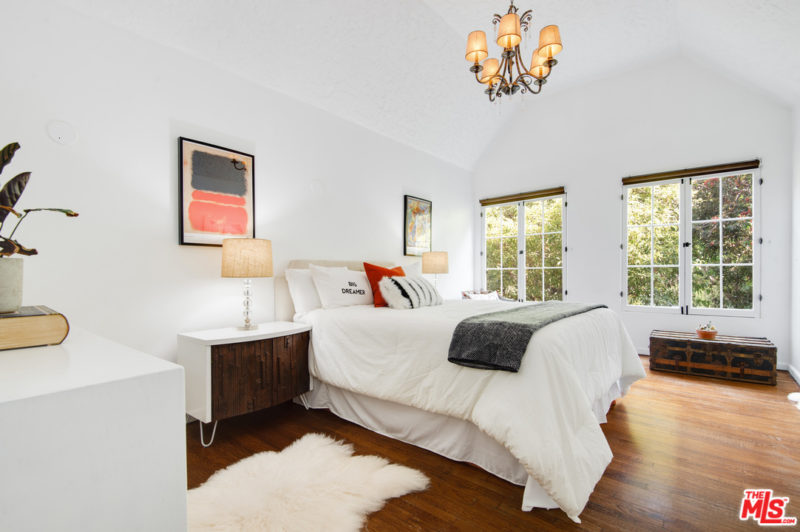 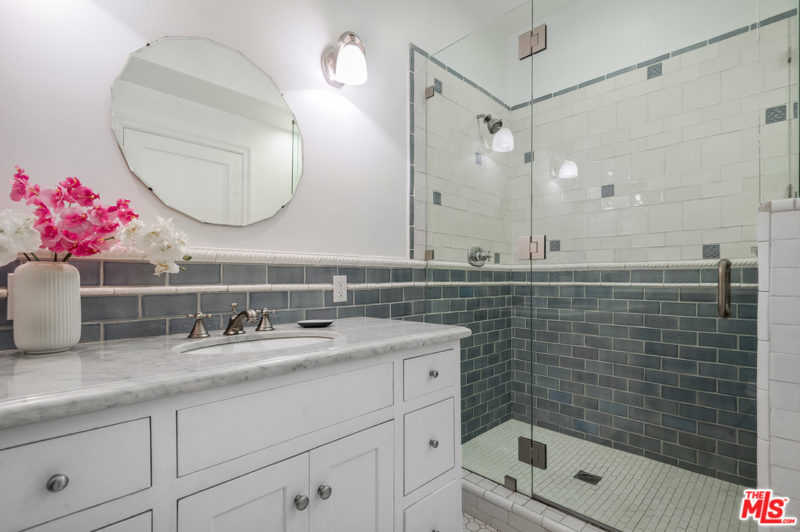 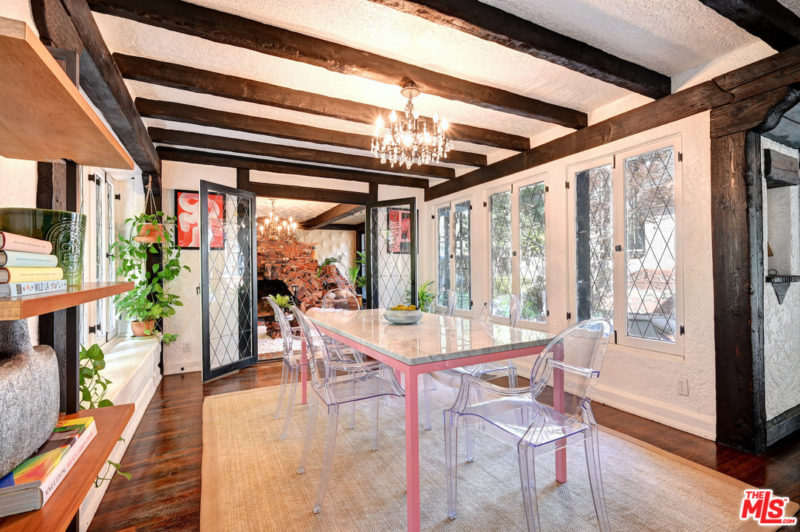 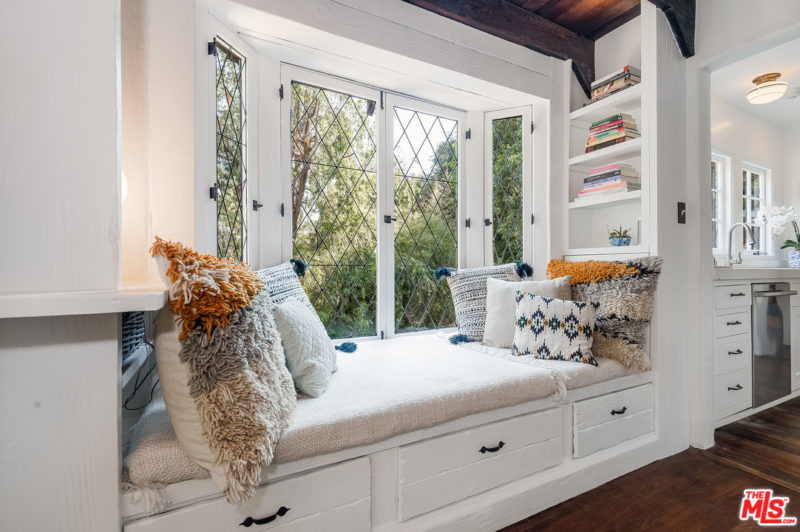 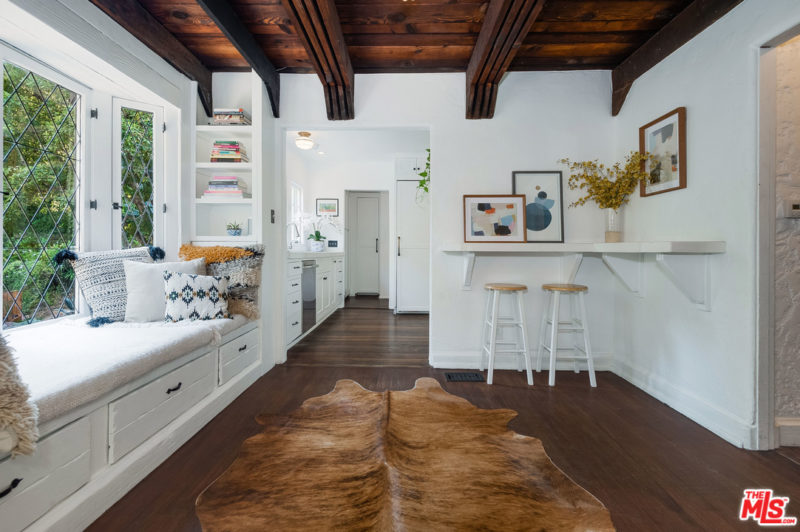 Bright and heavenly, the updated kitchen is complete with a gorgeous window seat and a smooth flow to the breakfast room. Upstairs are the true master en suite with canted ceilings, captivating chandelier, and original bath, and two comfortable bedrooms with a jack-and-jill bath. 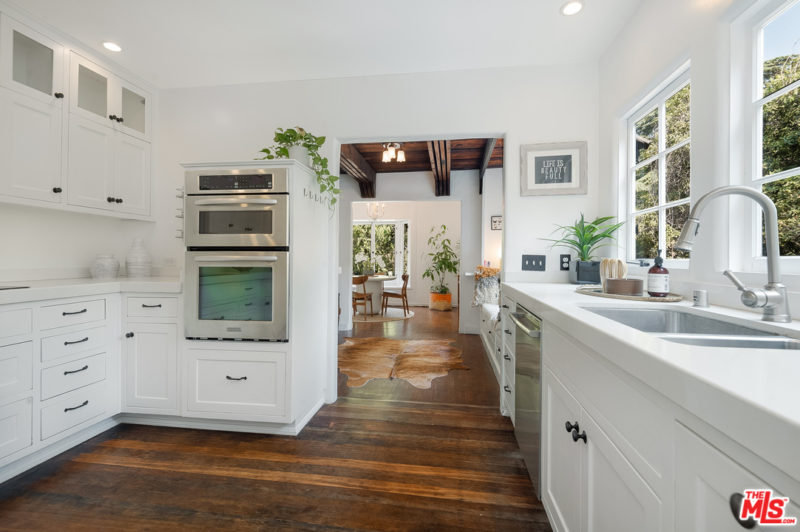 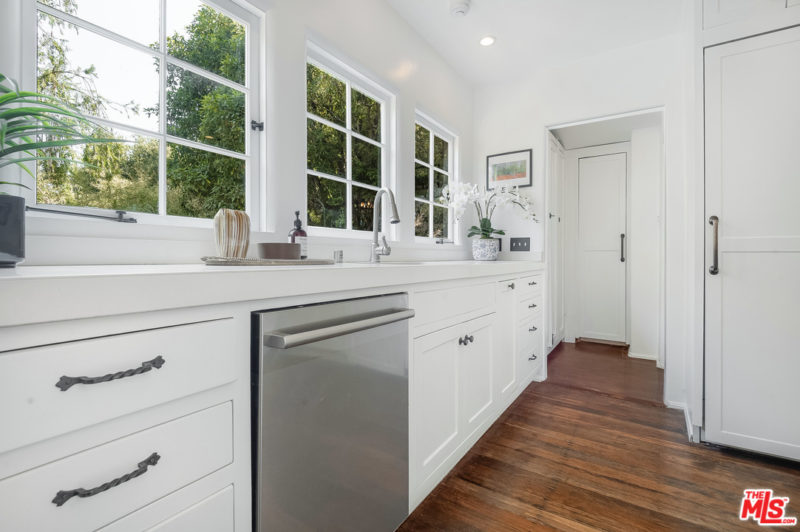 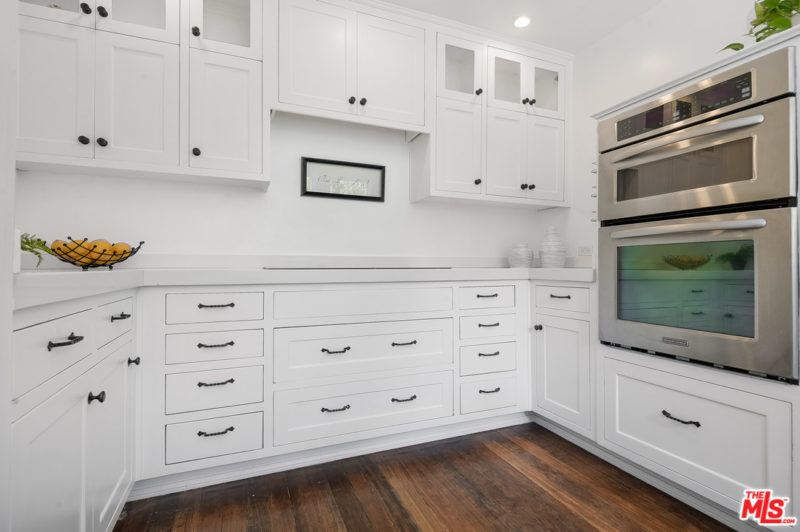 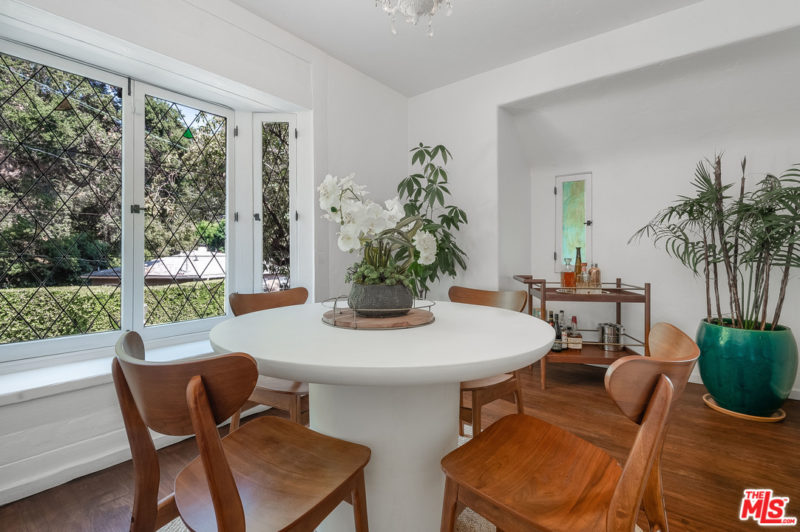 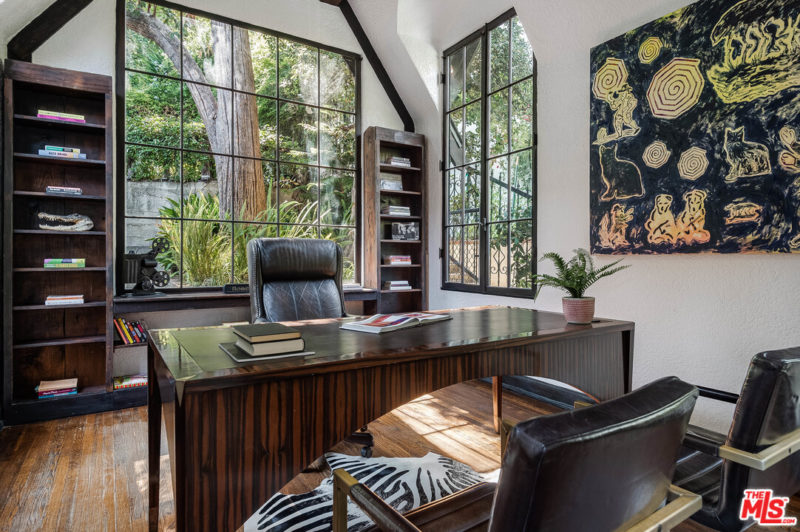 It has a private entrance that leads to the courtyard outside: 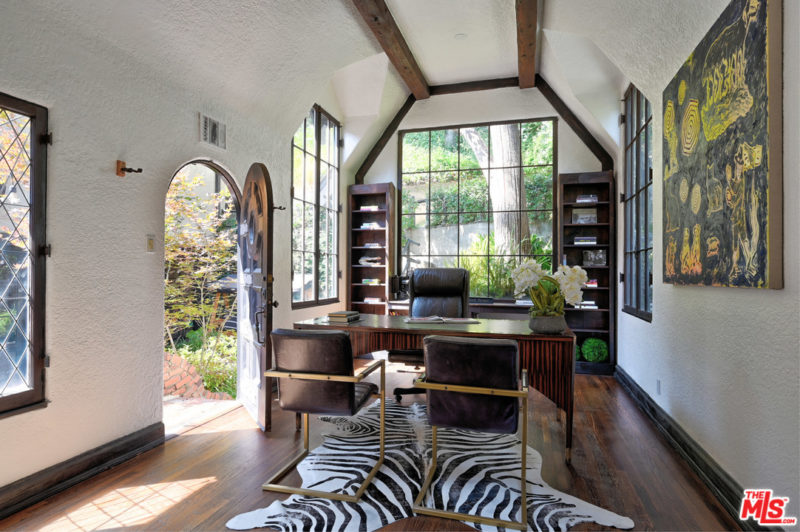 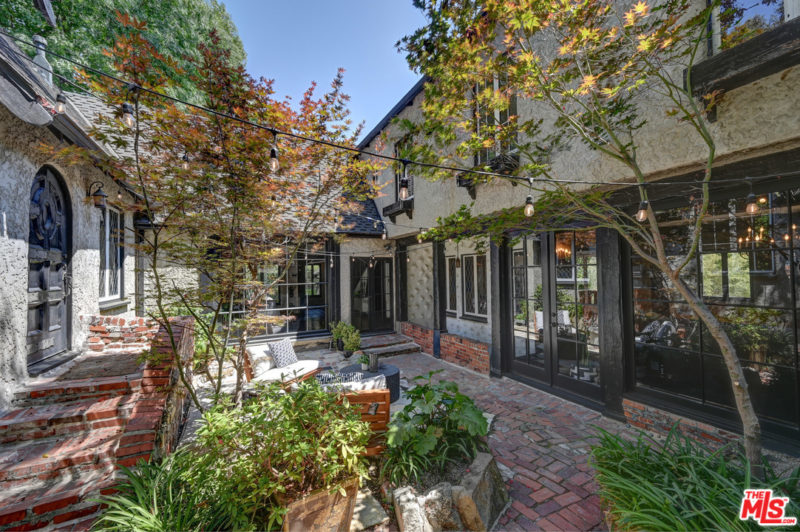 The “Boom Clap” singer told Architectural Digest, “I use my house for everything. We work here and we do shoots. I just like the house to feel busy; I like that this house has just seen a lot of stories and fun things happen.”

It’s been reported that after having trouble with an overeager fan, she decided to move. 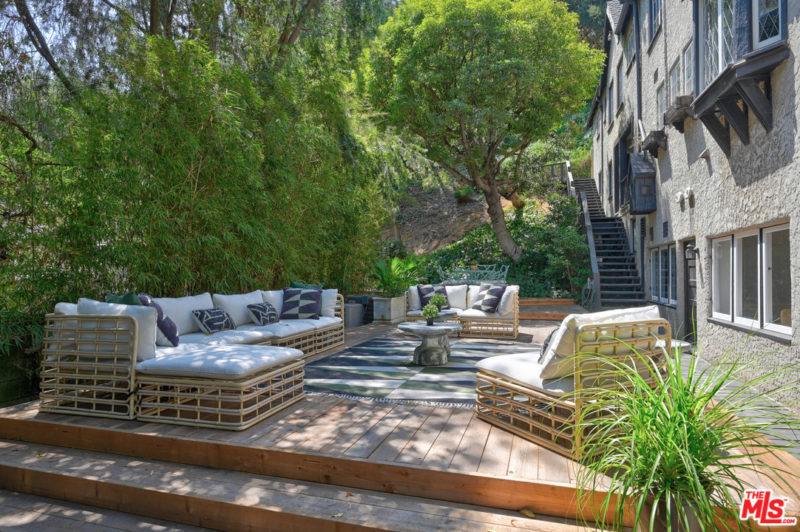 The large lower level “speakeasy” is a fabulous luxury in itself with its own entrance and home cinema.

The estate offers versatile office space perfect for working from home and outdoor entertaining in the front gated garden and on the expansive deck with hot tub running along the side garden of the property.

Large lot includes 2 parcels. Private and with celebrity pedigree. One of kind, artistic, and special 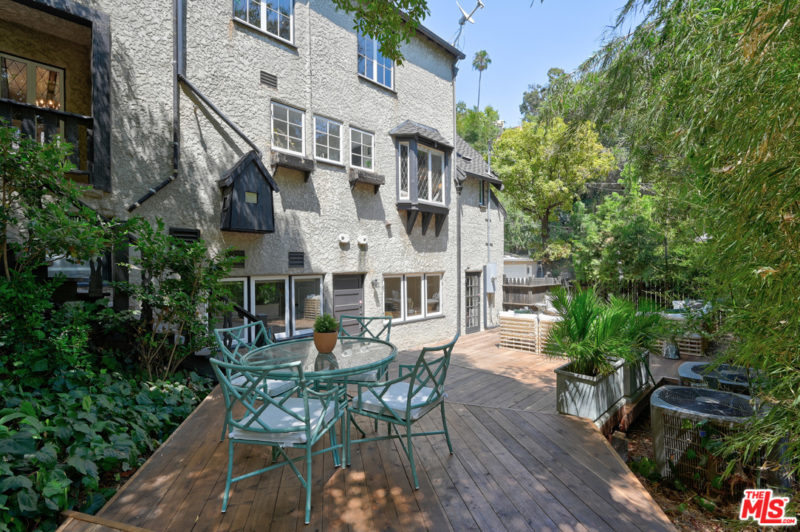 Thanks to Vivienne for telling me about the house and listing agent Christine Hameline for providing the photos. Photography credit: David Morrison and Scott Everts.

If you have a house you think my readers would like to see, send it to me! 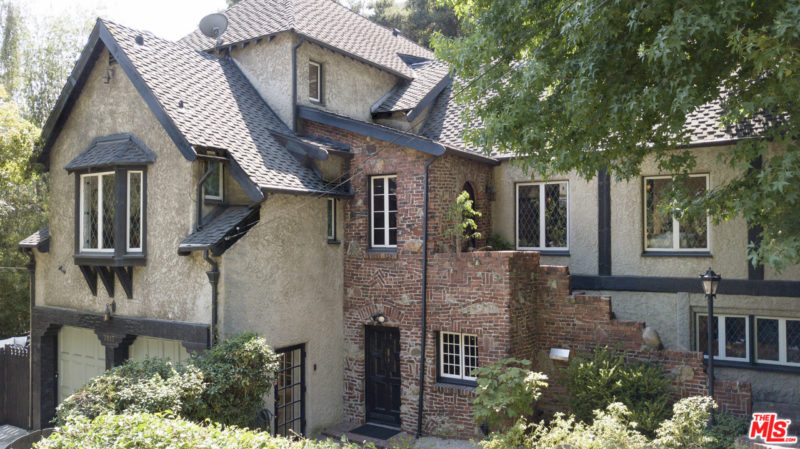 and the 2019 feature in Architectural Digest.