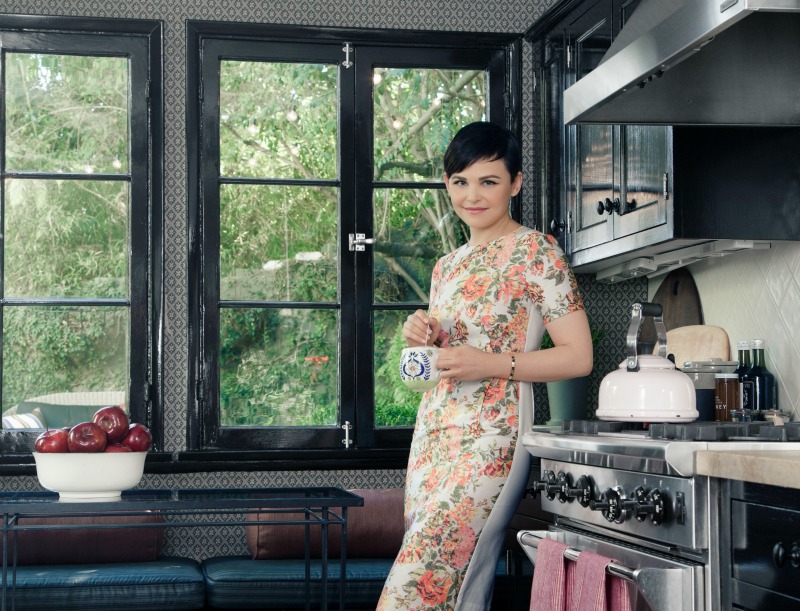 “Once Upon a Time” co-stars and real-life couple Ginnifer Goodwin and Josh Dallas are selling the house she bought almost a decade ago in the Hollywood Hills, before they were married with kids.

It was featured in Elle magazine in 2013, and I thought it was charming.

According to the 2013 article, “She chose the airy two-bedroom house in Whitley Heights, a Hollywood Hills enclave where Charlie Chaplin once resided, for its seclusion, but also because of its only-in-Tinseltown bachelorette-pad pedigree: Goodwin bought the place in 2007 from Busy Philipps, and previous tenants include Rachel Bilson and Rose McGowan.”

Upstairs has two en-suite bedrooms including the master with custom built-ins, beautiful tiled bathroom with a clawfoot bathtub and steam shower.

The Theodore Wright Jr. House is a private and gated designer-done home, nestled in the hills of Whitley Heights. Formal entry welcomes you to a dramatic and large step down living room with French doors and windows, built-in bookcases and wood burning fireplace.

French doors open up to an expansive deck that runs the length of the house. Lounge area with day bed and head on views of the Hollywood sign and city lights. Professionally landscaped yard with multiple entertaining areas with built-in bench, fire pit and outdoor lighting. This is an enchanting home not to be missed. Come fall in love.

Ginnifer and Josh recently bought a larger home for their growing family.

Check the listing, Variety, and Elle for more photos and information.