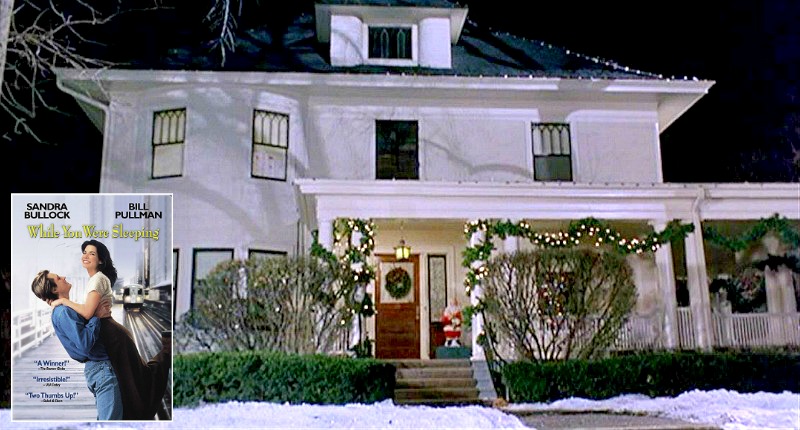 The 1995 Sandra Bullock rom-com While You Were Sleeping is a favorite of mine, and the Callaghan family’s wonderful old home in the suburbs of Chicago was one of the first movie houses I featured on my blog back in 2008.

They filmed on location inside this house in La Grange, Illinois.

When I heard it’s on the market, I thought it would be fun to revisit the house and how it looked onscreen.

The Callaghan Family Home in “While You Were Sleeping” 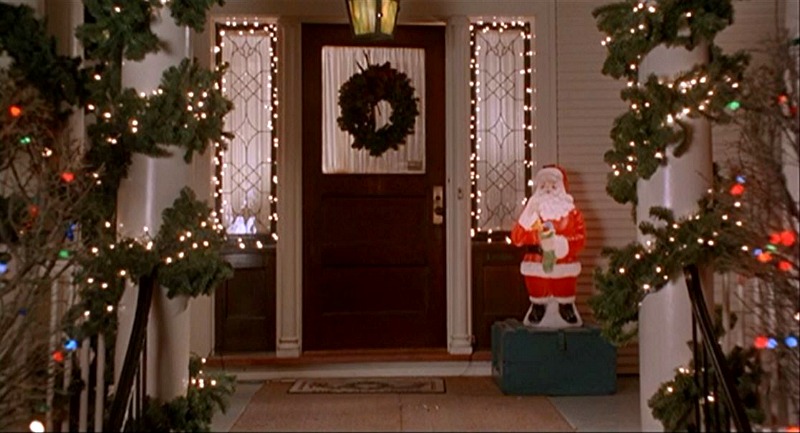 A reader named Kristine contacted me about the house, saying she was living in it when they filmed here:

“We had to move out for most of the shooting and we were living down the street. Everyone was so nice. The snow was all fake and we were the only house on the block with it.

“They redid some of the interior for the movie but most of it is the same. All the interiors were actually my house too. None of them were sets. Shortly after the movie, my parents put an addition on the side of the house.” 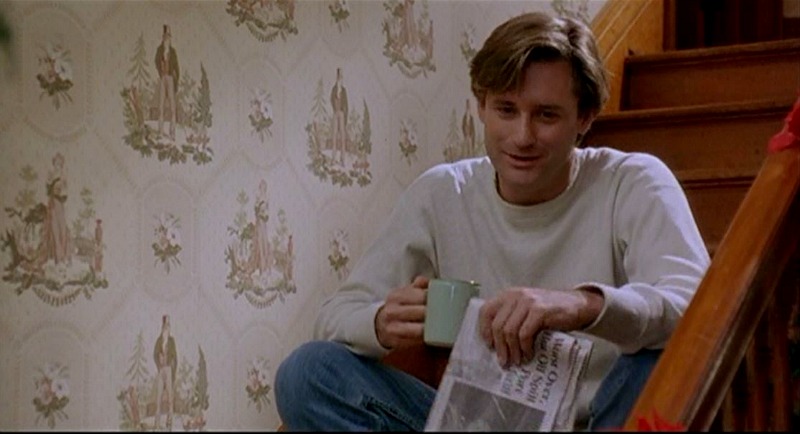 In the listing you can see that same wallpaper is still in the entry hall of the house today. 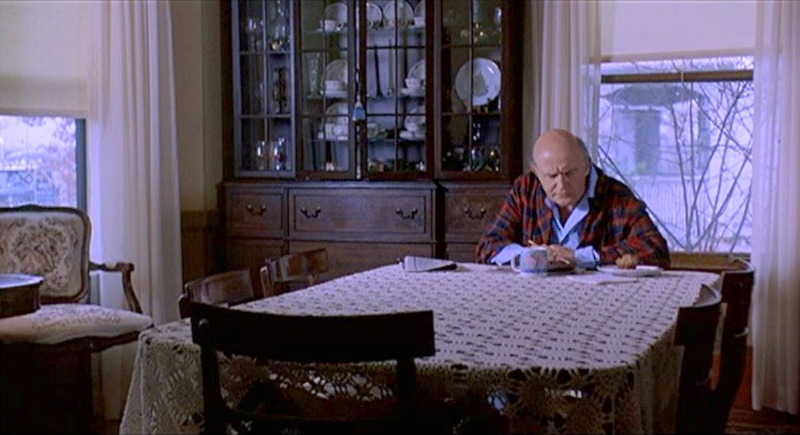 According to IMDb, “While You Were Sleeping made a giant splash at the box office, making more than $180 million in worldwide returns, the vast majority of which was pure profit, as the film was made for a surprisingly slim $17 million.” 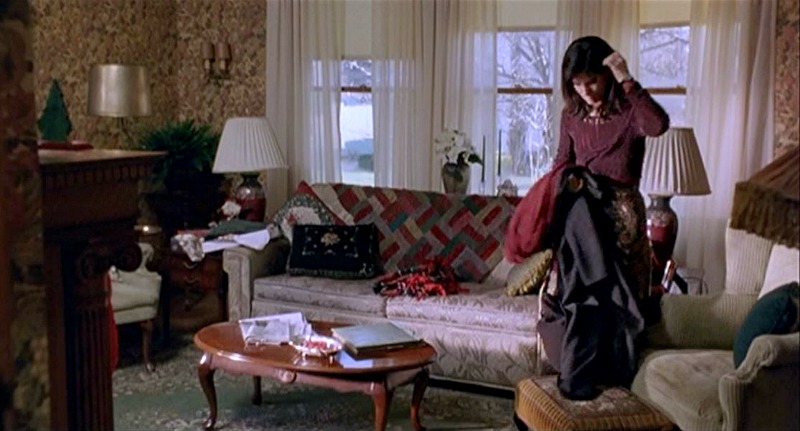 Peter Gallagher played Peter Callaghan, which was a small but memorable role.

He went on to become the patriarch of the Cohen family on “The O.C.” and is now Jane Fonda’s boyfriend on “Grace and Frankie.”

(BTW, you can see what that fabulous beach house looks like in real life here.) 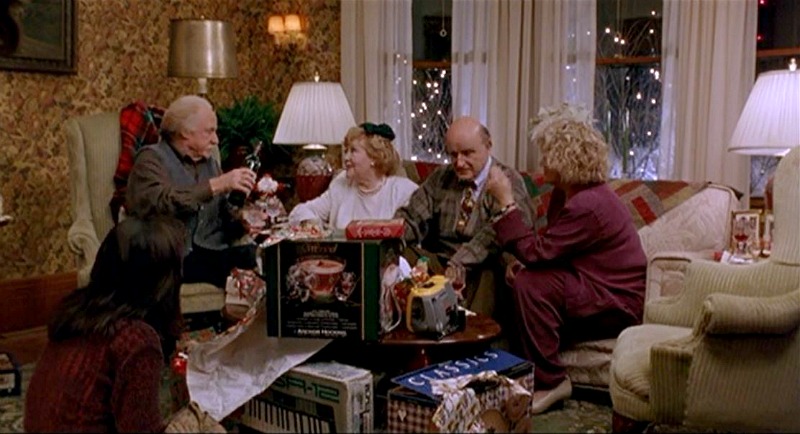 The working title for the film was “Coma Guy.” Can you imagine? Makes me laugh.

I also read that the first idea for the movie was to have a woman in the coma and a man pretending to be engaged to her, but they decided it seemed a little too creepy or stalkerish. They switched the genders and now it’s hard to imagine it any other way. 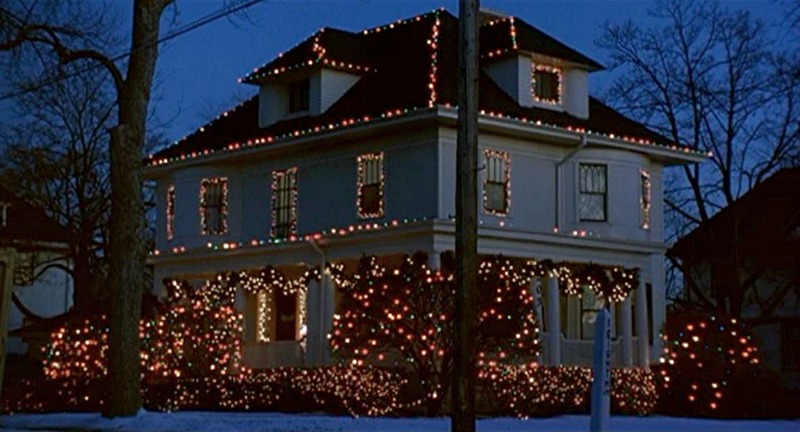 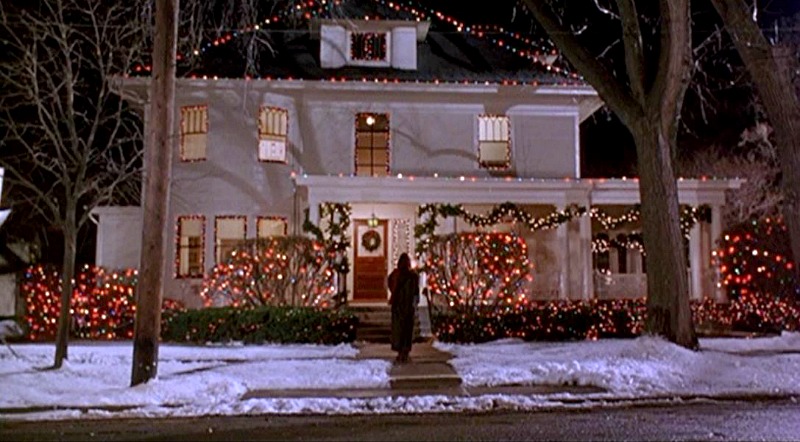 Lucy’s been longing for a family, and this house signals that she’s found it. 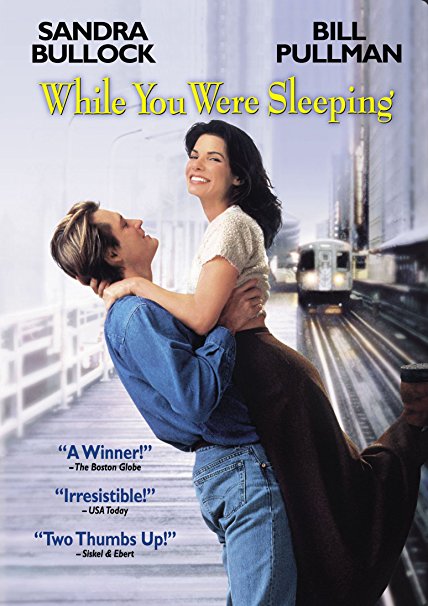 Wonderful La Grange home designed by John Tilton (1898), located in the Historic District. Beautiful 4-bedroom home starred in the movie “While You Were Sleeping.” This charming residence beckons you to enjoy the large wraparound porch and sits on large lot 100 x 139.

For photos and information about the “While You Were Sleeping” house at 203 8th Avenue,

check the listing held by Beverly Lannon of Coldwell Banker.