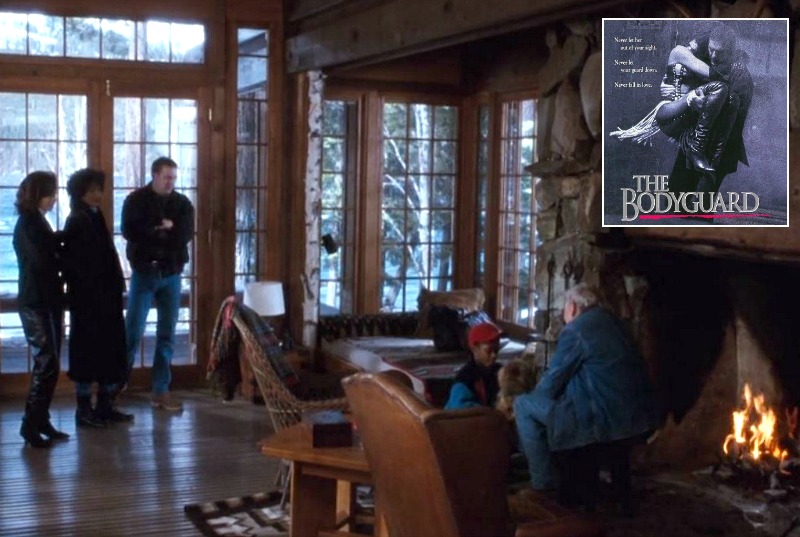 In the 1990s, this cabin in South Lake Tahoe was the filming location for two hit movies: The Bodyguard, starring Whitney Houston and Kevin Costner, and City of Angels, starring Nicolas Cage and Meg Ryan.

The Cabin from “The Bodyguard” and “City of Angels” 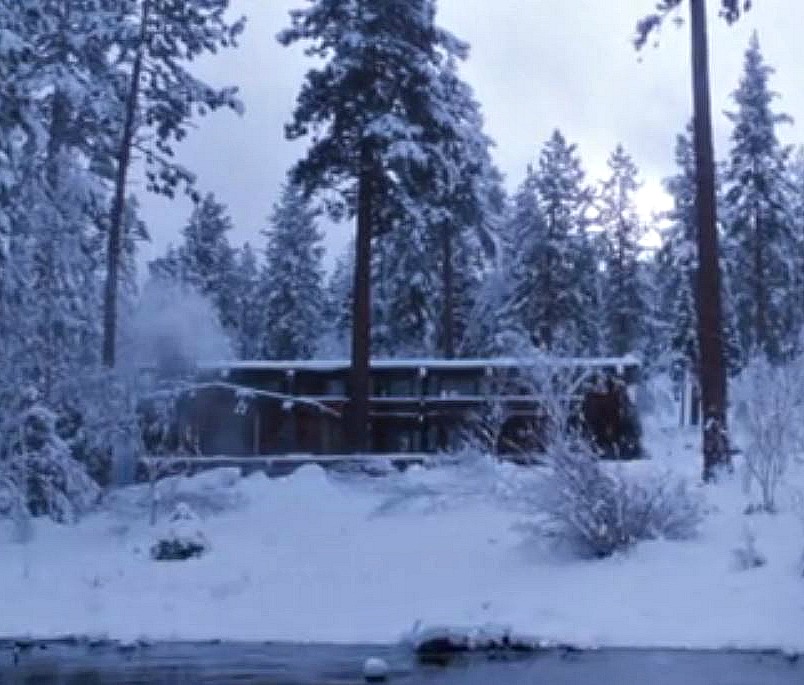 In “City of Angels,” Meg Ryan retreats to her uncle’s cabin in Lake Tahoe. 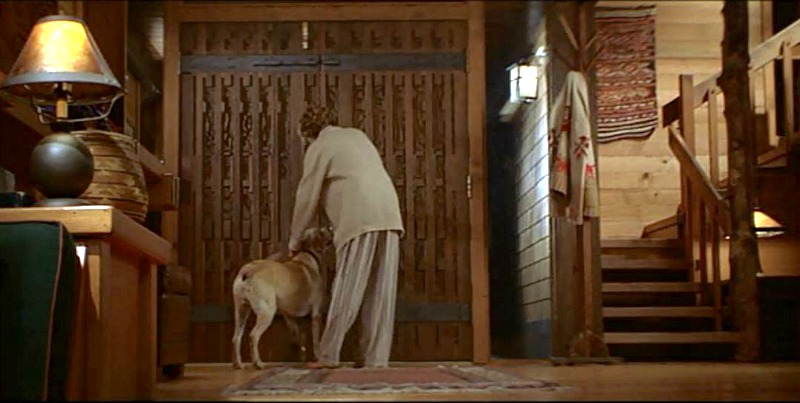 We see the distinctive wood doors when she opens them to Nicolas Cage.

There isn’t any drywall in the house. The floors, walls, and ceilings are all wood. 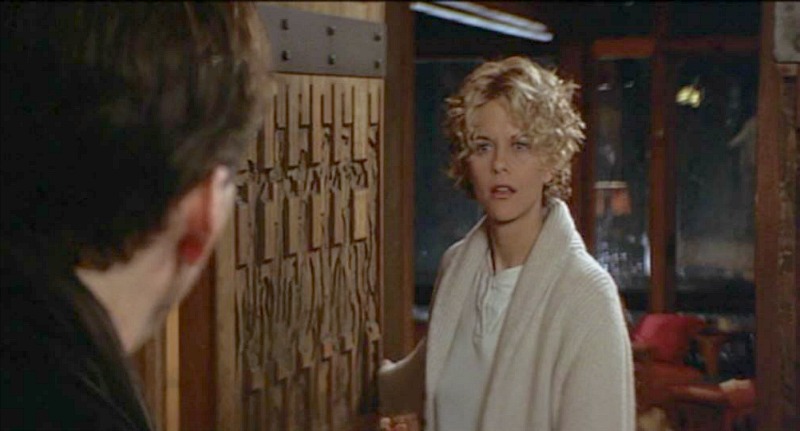 A scene from “The Bodyguard” that took place in the living room by the stone fireplace: 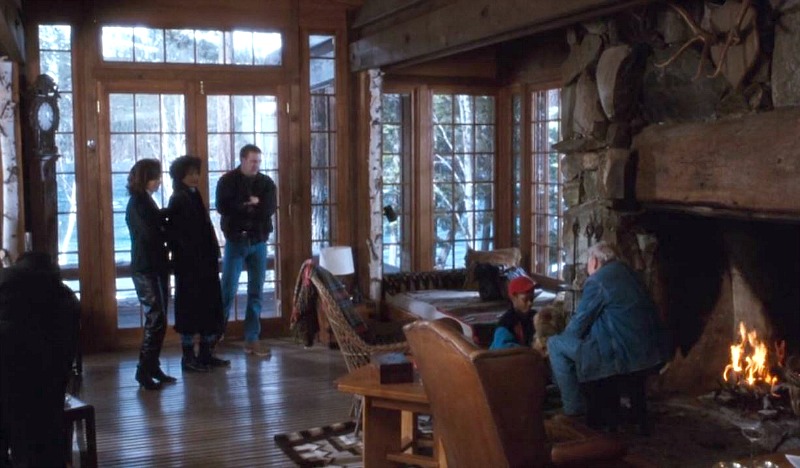 Meg Ryan and Nic Cage by that same fireplace in “City of Angels:” 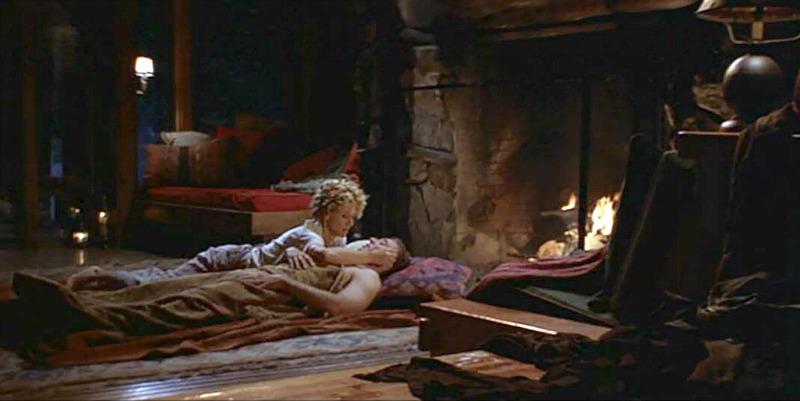 In Bodyguard, Rachel (Houston) lived in a Beverly Hills mansion from “The Godfather:” 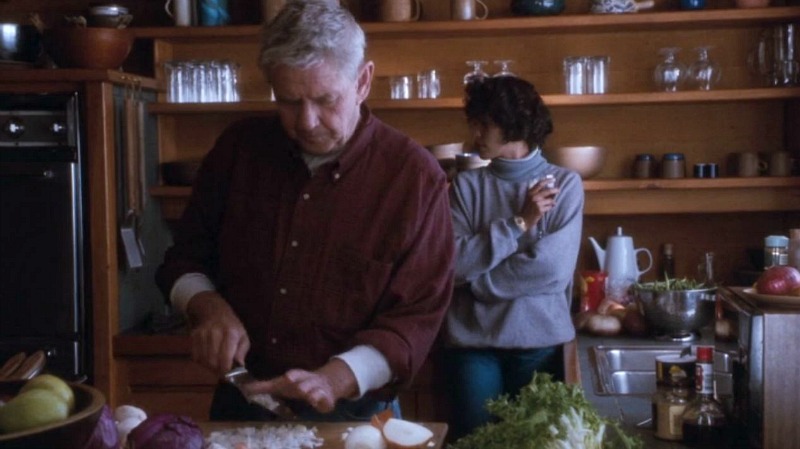 The Dining Room in “The Bodyguard:” 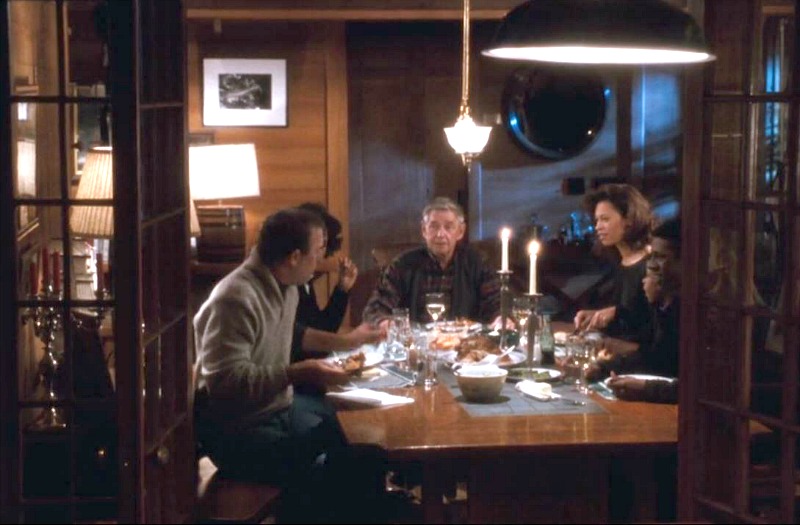 Meg Ryan setting the table in “City of Angels:”

Nic Cage took a shower in this bathroom in “City of Angels:” 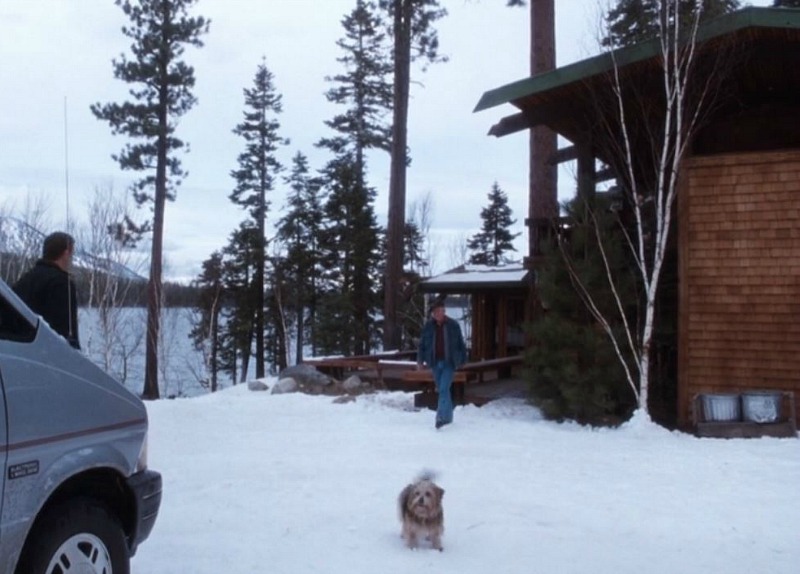 There are views of Fallen Leaf Lake and Mount Tallac from each of the bedrooms. The listing says, “Marvel at the lake and mountain views from EVERY window in the house.”

Fallen Leaf Lake is a mile south of Lake Tahoe, near the California-Nevada state border. In “City of Angels,” Meg Ryan’s uncle’s cabin is said to be “on the Nevada side.”

Check the listing held by agent Doug Rosner for photos and information.