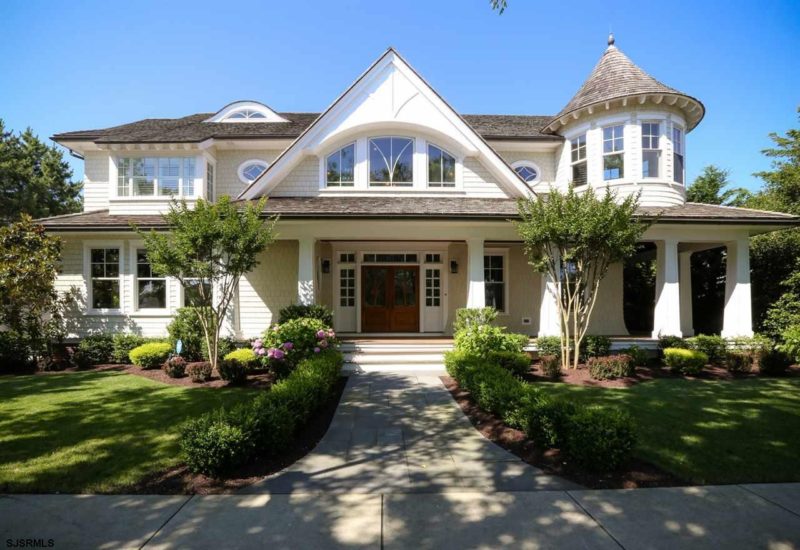 I first featured this house after it was built in 2012, and it has remained one of my most popular posts since then. It’s on the market again, so I was excited to see how it looks today.

It’s a three-story dream home that was built at the shore in Ocean City, New Jersey, and builder Mike Buck told me their goal was to add as many traditional details to it as possible, from glass doorknobs to a turret room.

A New House with Traditional Details 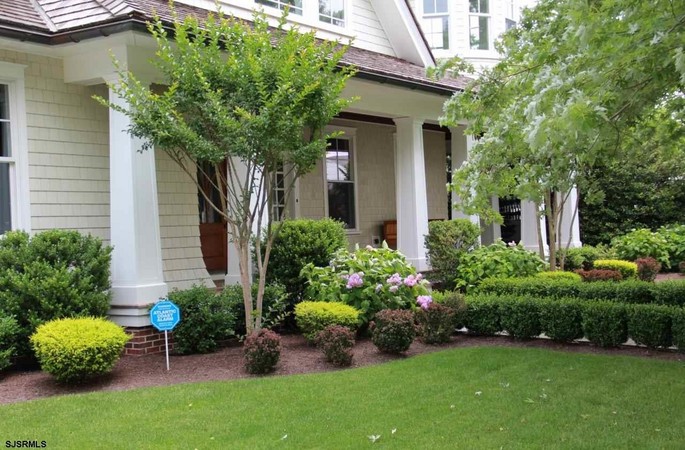 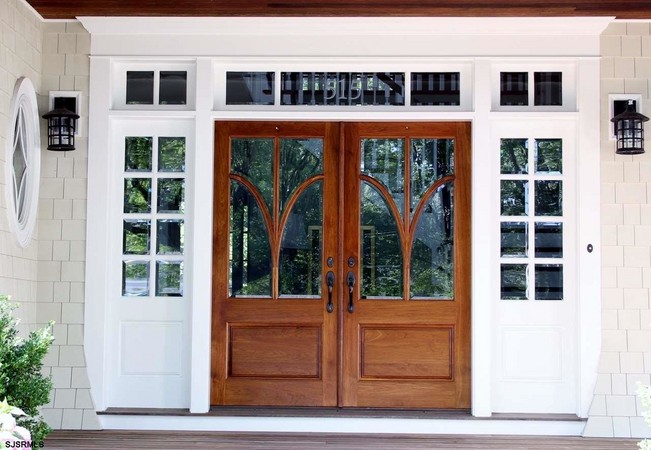 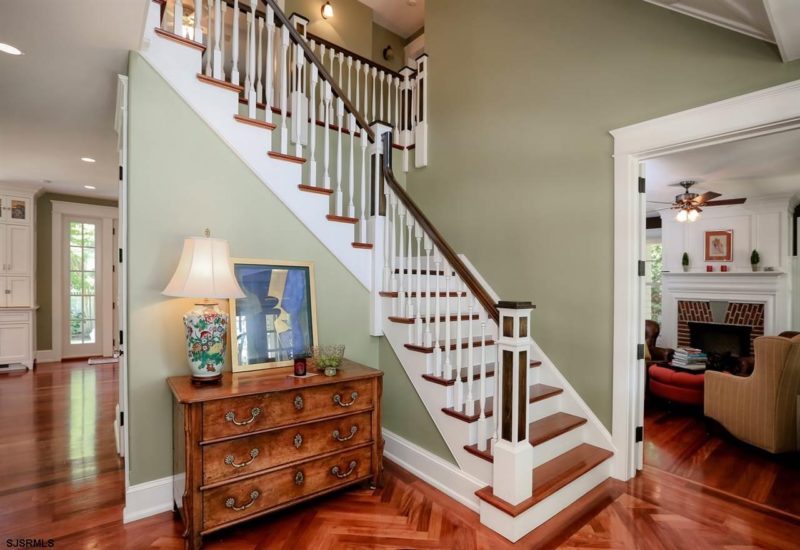 I recognize some of the furniture from 2012, including these chairs: 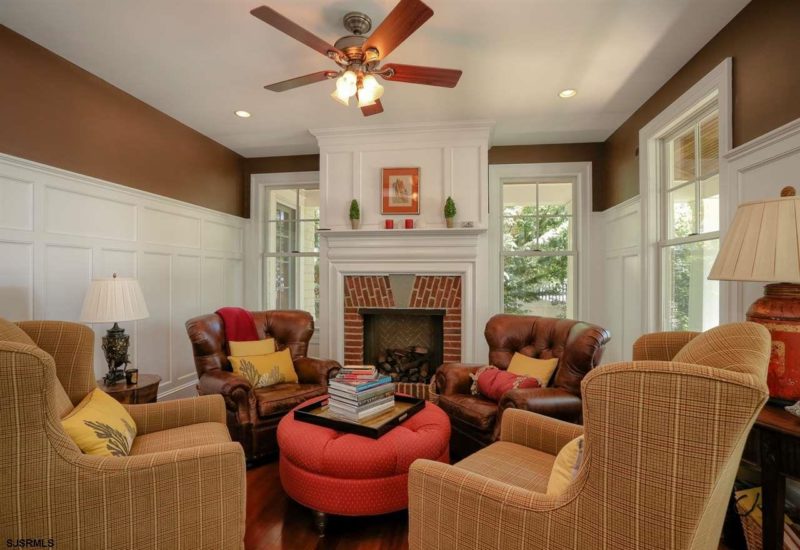 In the original photos, the paint color looked almost black,

so I was surprised to see here it’s clearly brown. 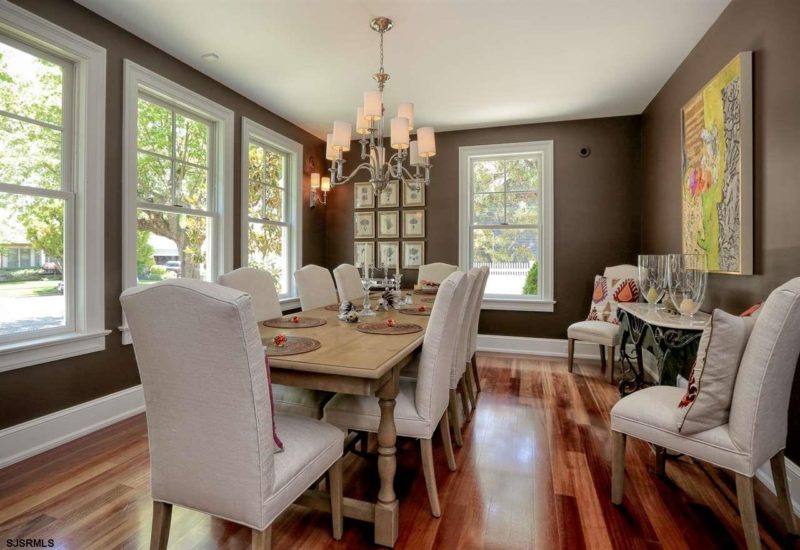 The kitchen is light and bright with lots of windows and white cabinets.

I especially love the big center island with the stained wood top: 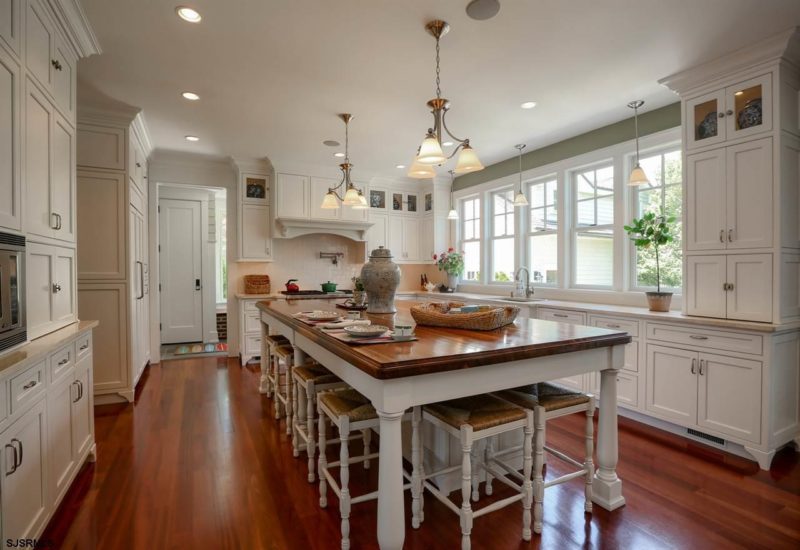 This photo from 2012 shows how the kitchen connects to the eating area and family room: 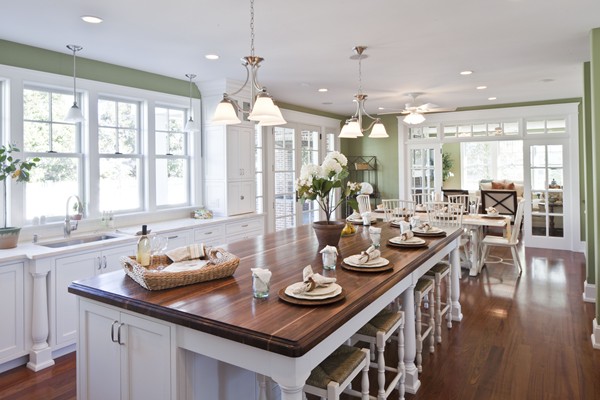 Glass doorknobs were another traditional detail the builder added: 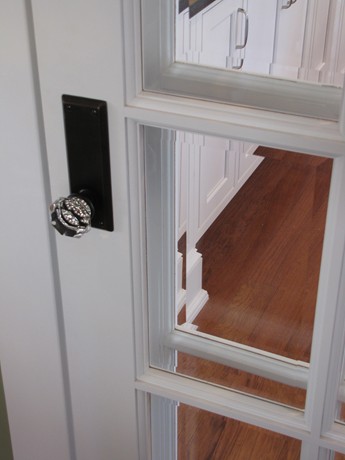 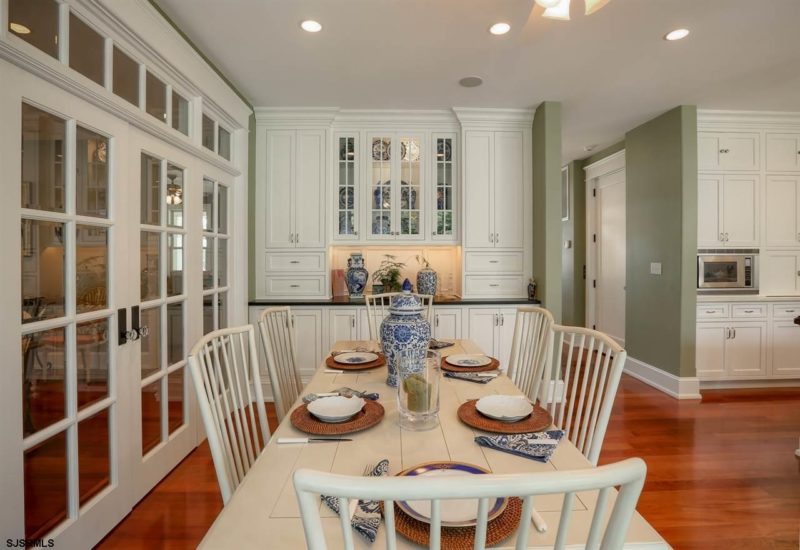 With cozy magnificence, this three-story customized home sits on a 100 x 100 lot, larger than most in Ocean City. A 5,000 square feet creation by Ocean City’s premier builder, Mike Buck, this is a home at the shore, rather than a shore home. Distinctive inlaid wood floors with a stacked staircase meet you at the foyer. 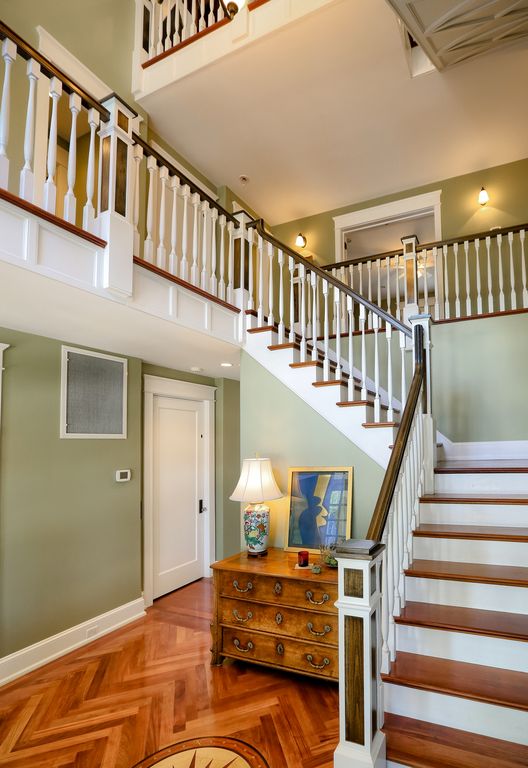 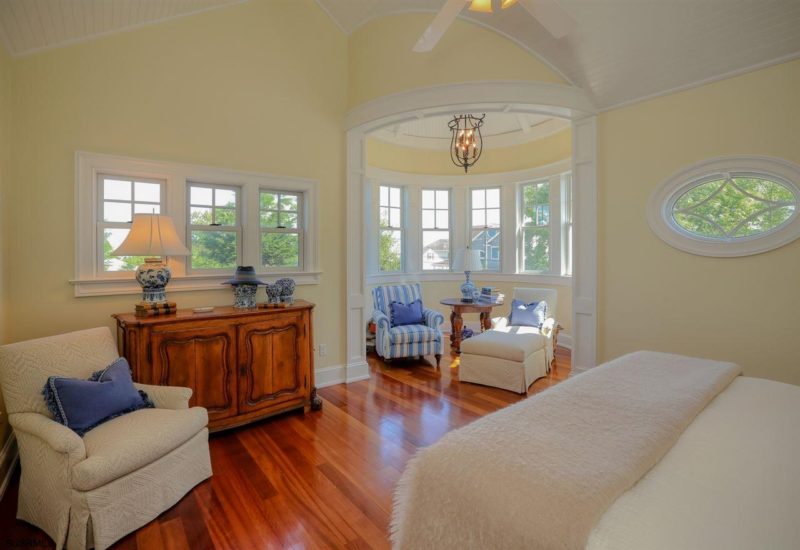 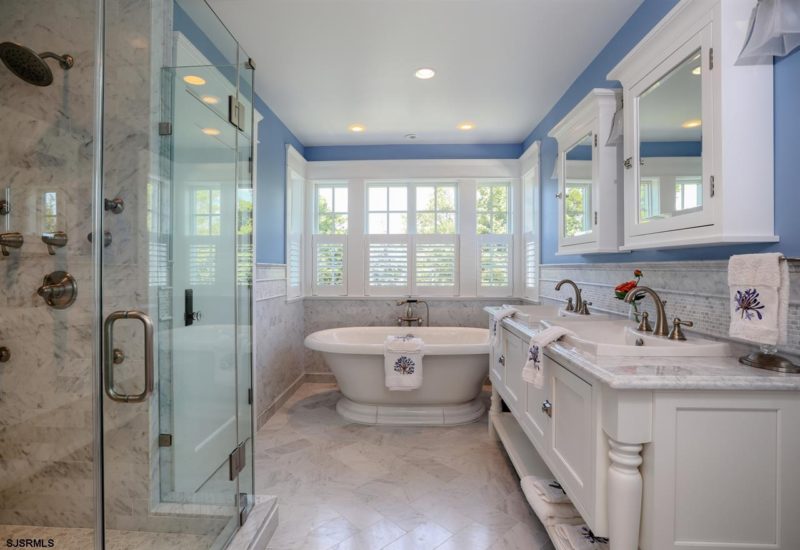 The designer was Christine Droney, who told me the pretty green paint color is Sherwin-Williams “Sprout.”

The details in this house make a difference, from the trim under the staircase to the arched windows. 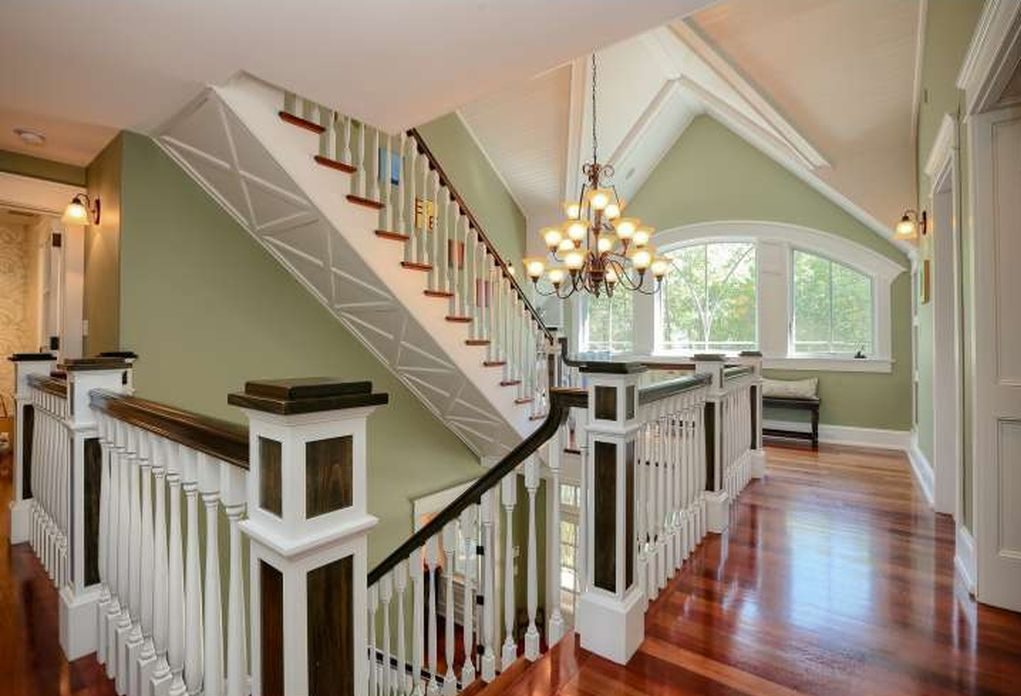 The dramatic three-story staircase is really a show-stopper. 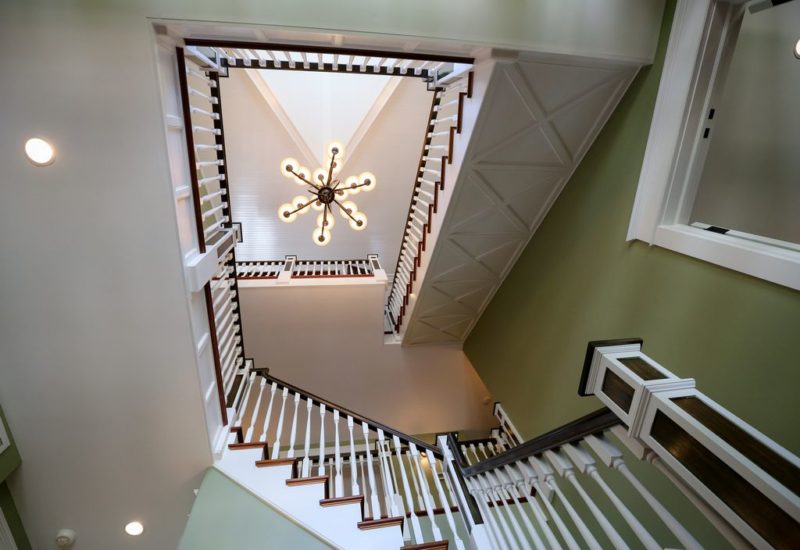 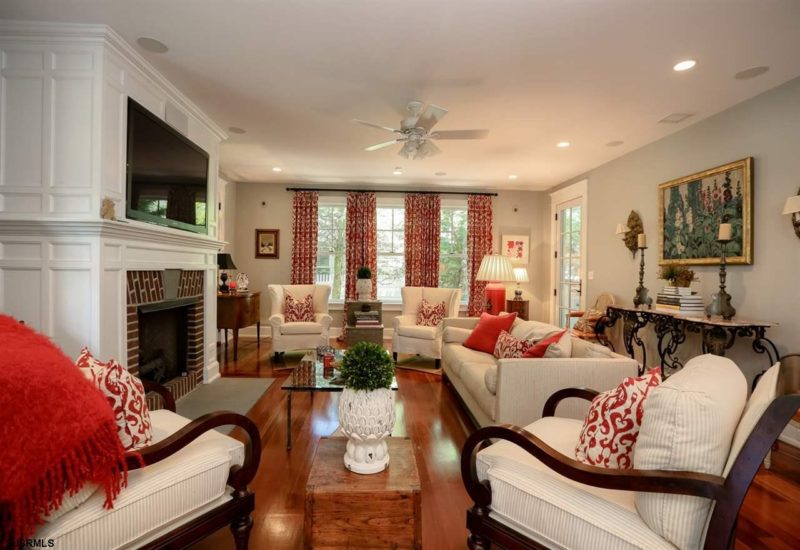 The mudroom includes a full bath and one of the home’s two laundry rooms: 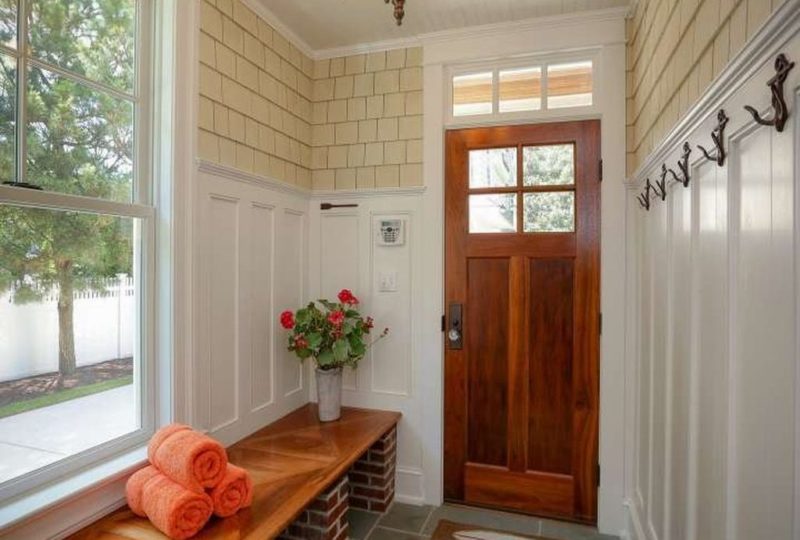 There are four porches around the house.

The front of the house as seen on the Buck Custom Homes website: 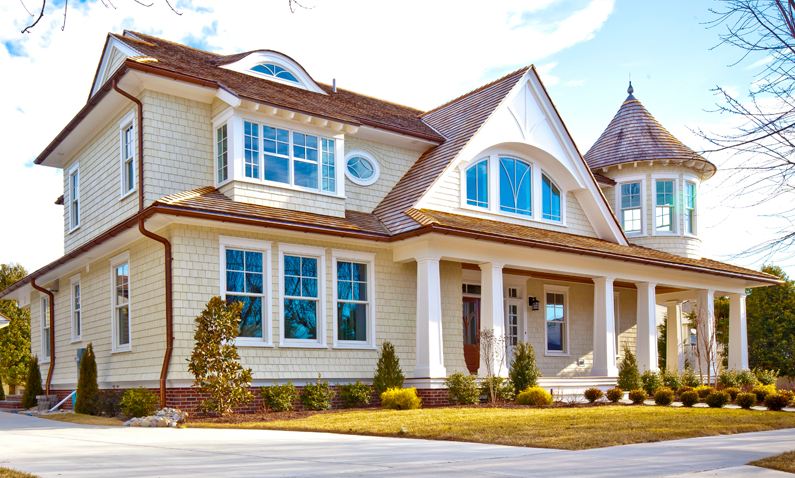 Thanks to the builder for sharing this home with us. My original post about it is one that has gone viral many times over the years on social media sites. I think there’s something about a new house built with traditional details that appeals to a lot of us!

Check the current listing for more photos and information.

Previous Post
The Cozy Cabin from “The Bodyguard” & “City of Angels” For Sale
Next Post
The “Mrs. Doubtfire” House Hits the Market in San Francisco