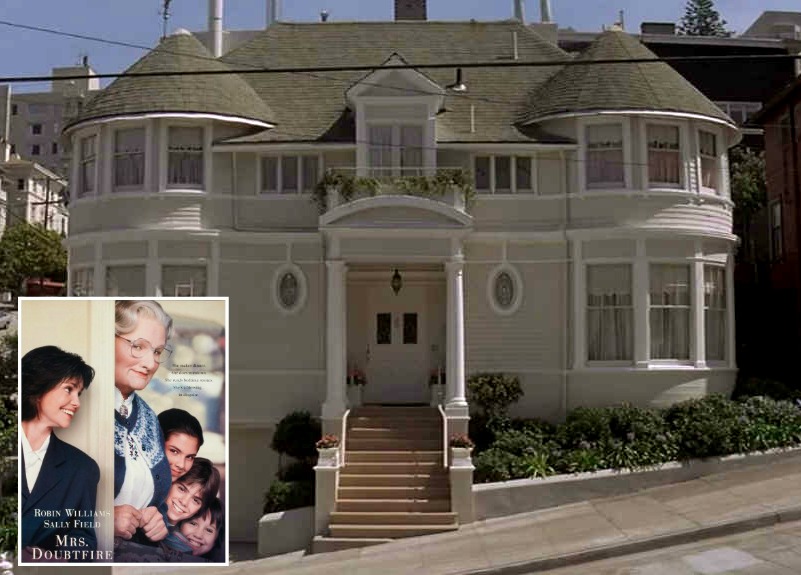 This stately home in San Francisco was built in 1893 and starred in the 1993 movie Mrs. Doubtfire with Robin Williams. Sally Field’s character Miranda gave the real address in the movie, making it a popular tourist stop!

It just hit the market for the first time since the late ’90s, which means we finally have a chance to see inside the real house and compare it to the rooms we saw onscreen.

Let’s take a look back at the way the house looked in Mrs. Doubtfire and then you can check out the listing to see how it looks today. 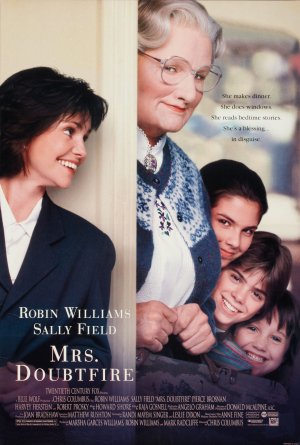 In the listing you can see the door has changed.

The front door in the movie was painted white (below): 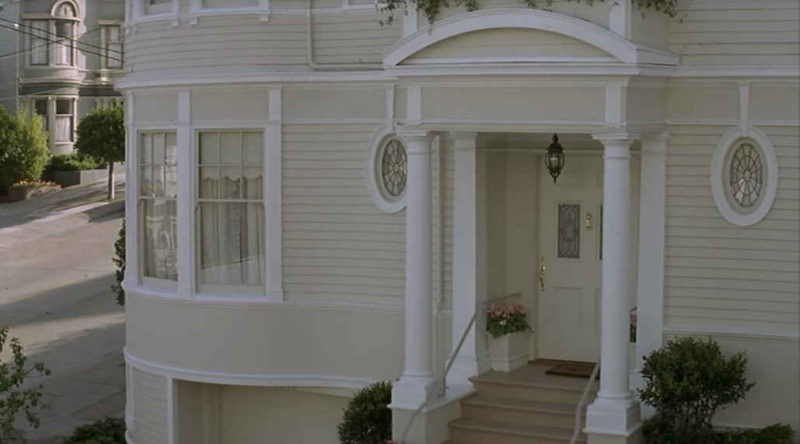 Enjoying a superb Pacific Heights address 3 blocks east of the famed Gold Coast, this iconic Victorian residence on a wide corner lot is the perfect blend of refined grace from its circa 1893 heritage combined with modern luxury.

Designed by Architect Joachim B. Mathison, this light-filled, three-level residence, with elevated entrance from the street, proudly portrays many original details such as fine hardwood floors, classic millwork and moldings, and leaded glass windows. 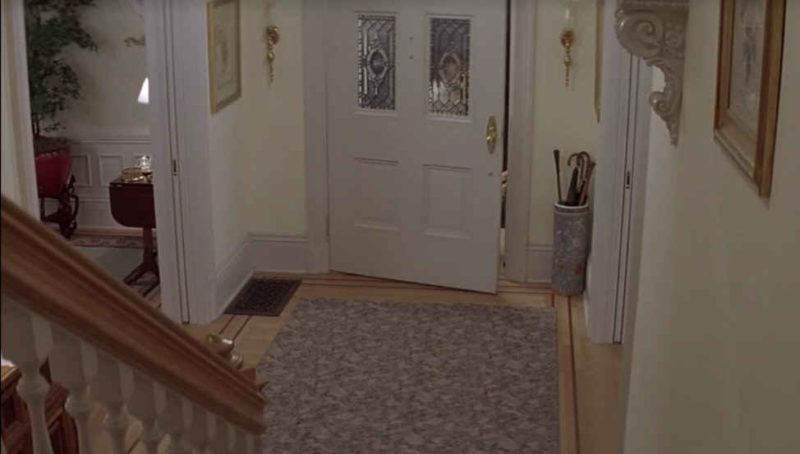 The formal rooms are stately in character, complemented by the home’s signature window-lined turrets at each side. Plantation shutters add a finishing touch to the graceful curve of the windows in the public rooms. Banquette seating with integrated storage wraps beneath the windows in the formal dining room and front bedrooms. 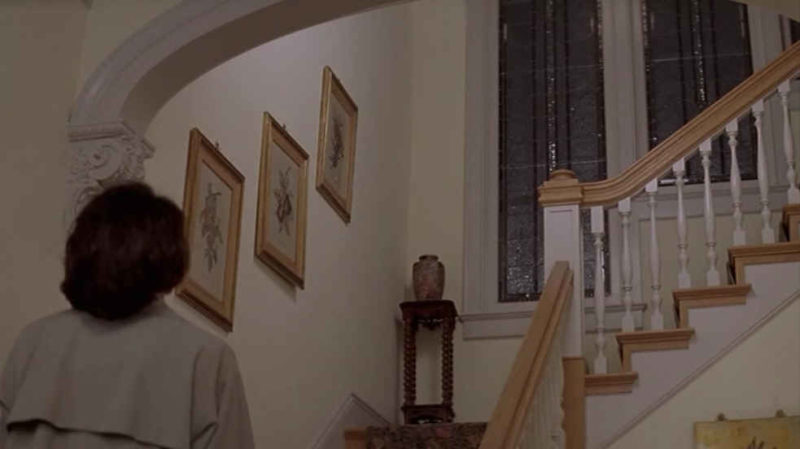 Some of the interiors were reportedly built in a 100,000-square-foot warehouse in the Richmond district. 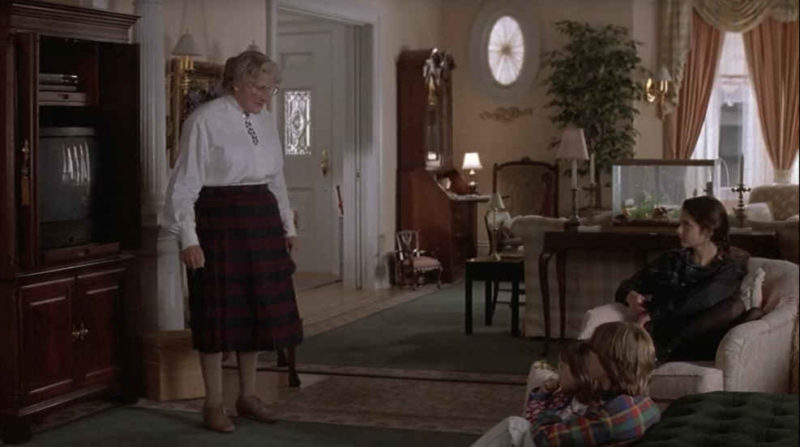 A chef’s kitchen is a masterful remodel that seamlessly combines with the home’s original appeal. White cabinetry is topped in contrasting granite slab and a suite of Wolf stainless steel appliances includes a commercial-style gas range. 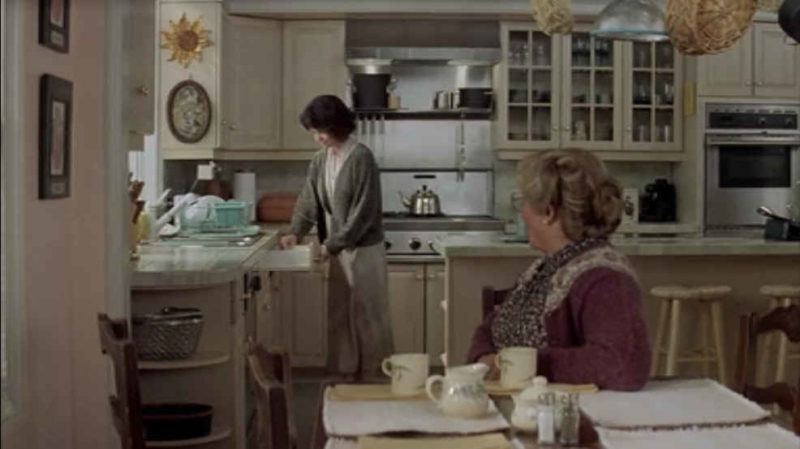 The countertops in the kitchen were tiled in the movie, something we don’t see a lot today: 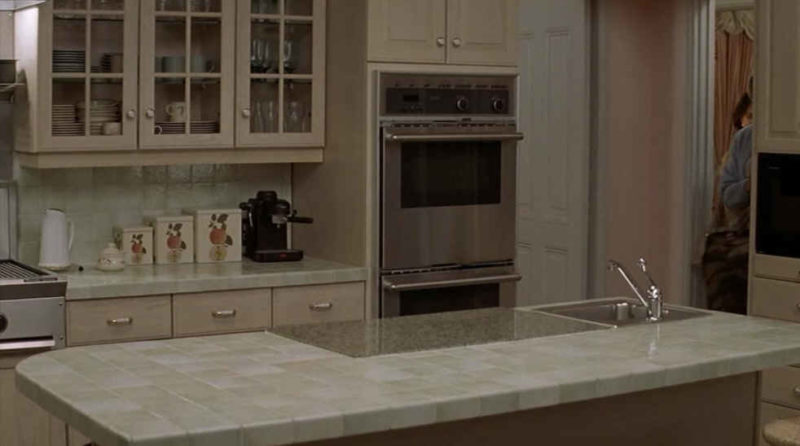 Did you know the movie was based on a British novel called Madame Doubtfire by Anne Fine? 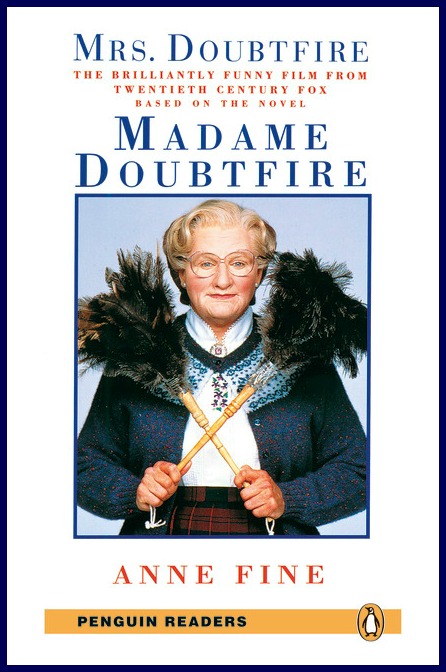 After Robin Williams died in 2014, the “Doubtfire” house became an impromptu memorial spot for fans who left flowers and notes on the sidewalk. 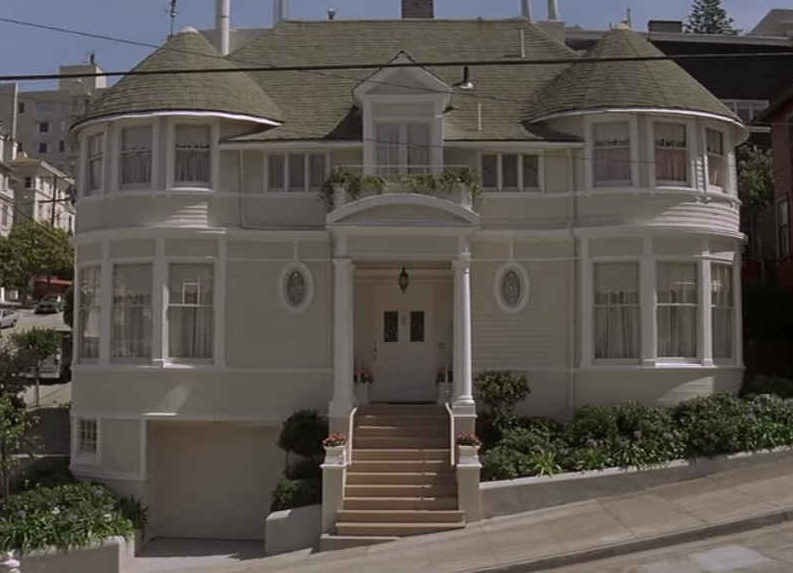 For photos and information about 2640 Steiner Street, check the listing

and my original post about the house and sets. 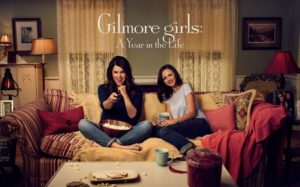 Next Post
Gilmore Girls: Revisiting the Sets from Stars Hollow