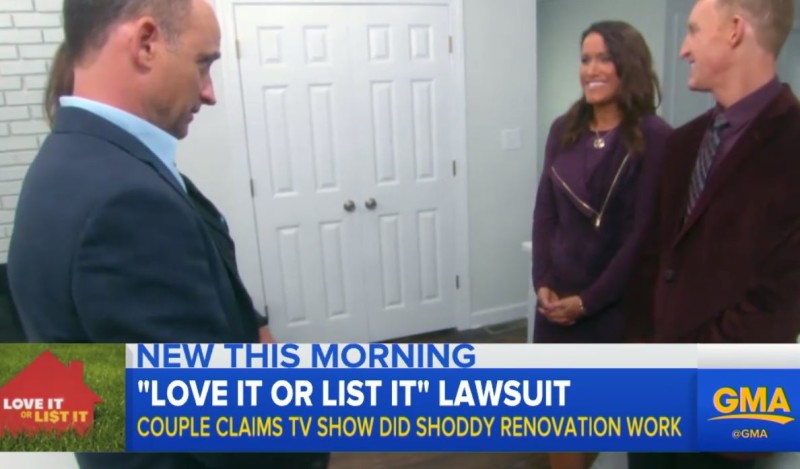 Oh, boy. Don’t let the smiles on these faces fool you.

Deena Murphy and Timothy Sullivan, whose house was featured on the hit HGTV show “Love It or List It,” aren’t happy about their experience.

In fact, they’re suing over what they call “disastrous” renovations that left their property “irreparably damaged.”

They’re suing Big Coat TV, the Canadian company that produces the show, and Aaron Fitz Construction, the local contractor in North Carolina hired to do the reno work.

According to the Charlotte Observer:

The couple contend that not only were they victims of shoddy work, they also suffered from a breach of contract, unfair trade practices in violation of North Carolina’s general contractor laws and a “bizarre” business model that creates an “inherent conflict of interest” for a production company that makes most of its money on TV advertising.

Big Coat’s CEO Maria Armstrong said their attorneys advised them not to talk about the ongoing litigation, but that they “intend to vigorously defend what we consider to be false allegations.” 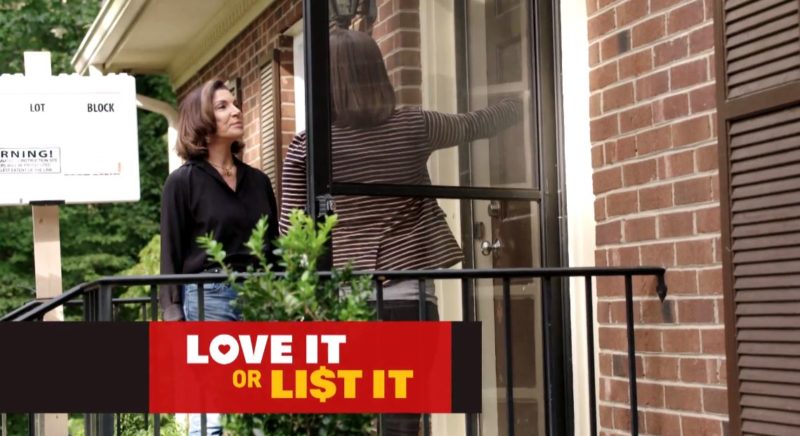 10 of their complaints and allegations: 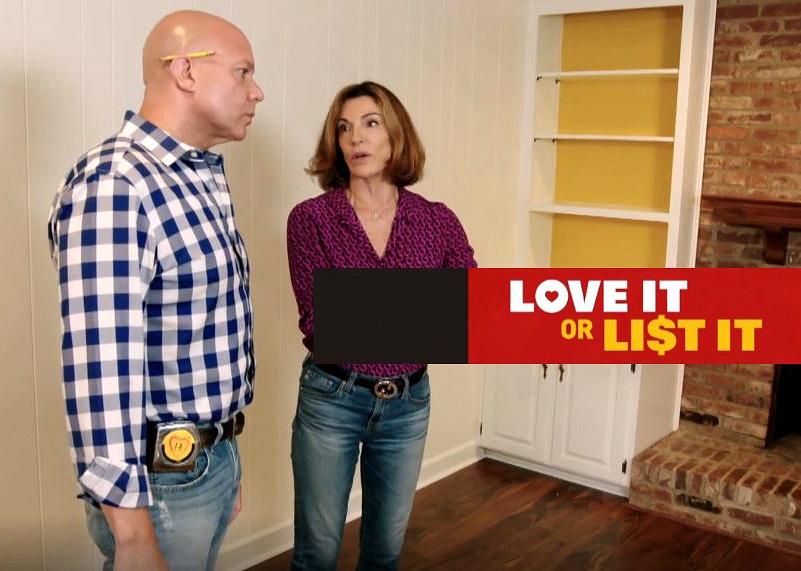 The suit alleges a lot of what we already knew:

that a good deal of these reality shows are staged. 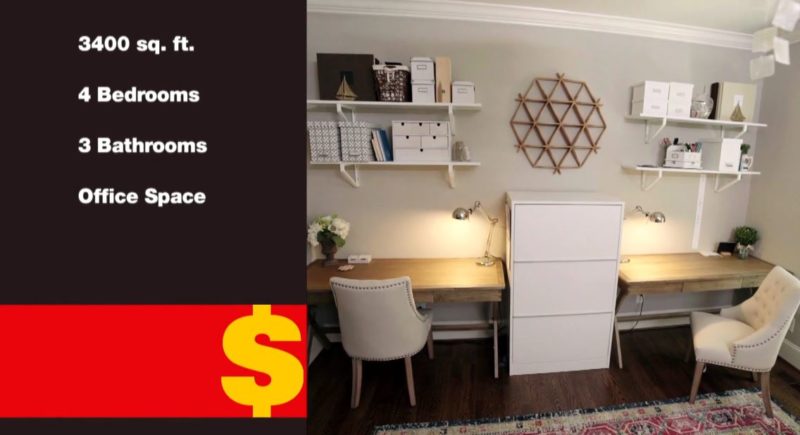 The couple, who went by Deena and Sully on TV, were on LIOLI episode 152, which filmed in 2015. They had to give the production company $140,000 upfront. About $86,000 of that went to the contractor, Aaron Fitz. They believe their funds were misspent.

They say they weren’t contractually allowed to sell the house until after their episode aired. Now the problem is they have shoddy reno work to fix before they can put it on the market.

BTW, this reveals another truth about the show — that they’re not seriously looking for houses to buy with host David Visentin on the show. 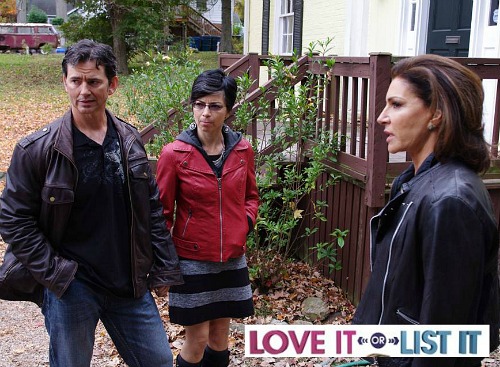 Marci (above) shared her story with us last year: What It Was Like to Be on “Love It or List It.”

Things went more smoothly for her, even though the renovations took 7 weeks to complete, which is a little longer than most. Like the other couple, she wasn’t able to list her house until after the show aired, either, probably because they don’t want the outcome to be spoiled.

When she did sell, she shared the listing for her cute yellow bungalow with us, which you can see here. 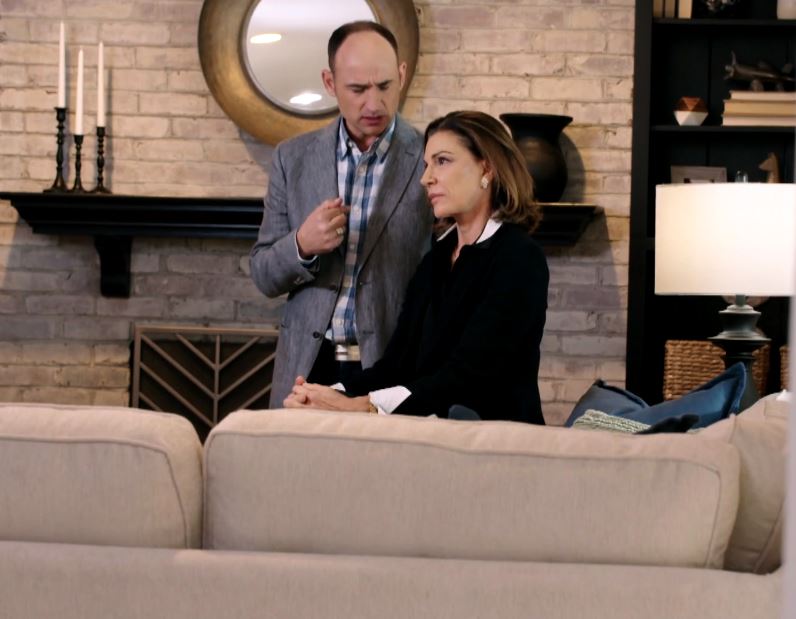 Another reader who appeared on the show wrote me about 5 things he learned:

He and Marci both say they had a positive experience with LIOLI overall.

Learn more about the lawsuit at the Charlotte Observer and on GMA.

GMA mentions the story I wrote: “The Truth About House Hunters.”