Last year HGTV’s Urban Oasis was a luxury high-rise residence in Atlanta that was nice enough but kind of left me cold.

I was much more excited about this year’s giveaway because it’s a remodeled 1920s bungalow in Asheville, North Carolina. 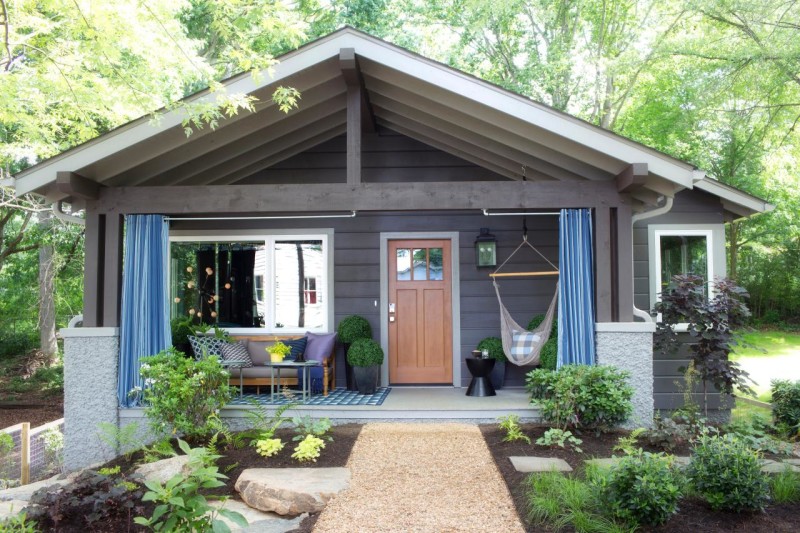 The Front Porch Before:

The Front Porch After:

The designer assigned to the project was Brian Patrick Flynn.

The Living Room Before: 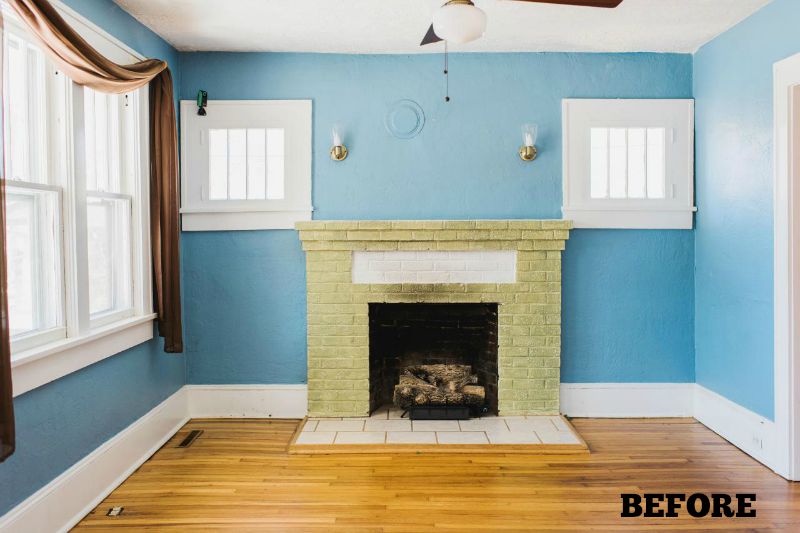 The Living Room After: 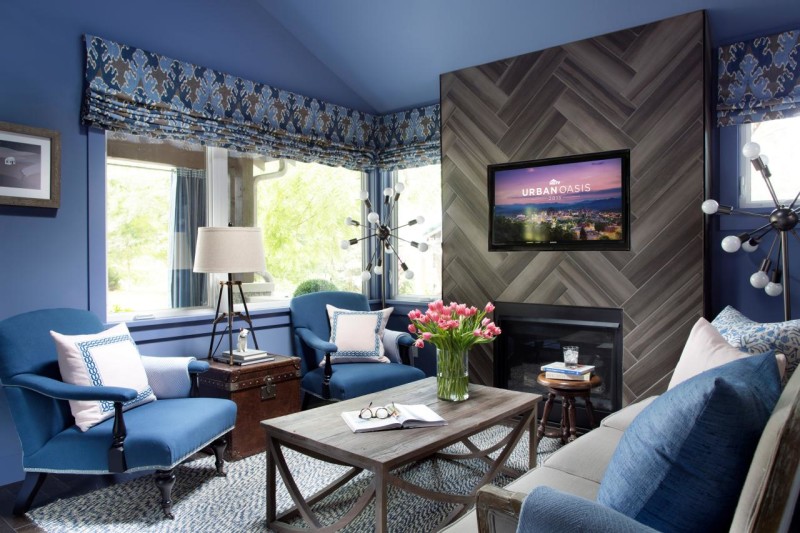 HGTV says: “Preserving the style of a charming bungalow, this home offers a modern twist with bold colors.”

It went a little too modern and bold for me. I tend to prefer more traditional interiors on old houses, so I actually liked the original windows and brick fireplace.

They created a loft space above the living and dining areas that looks a little too modern for this house, too, but I can appreciate the goal of creating more floor space: 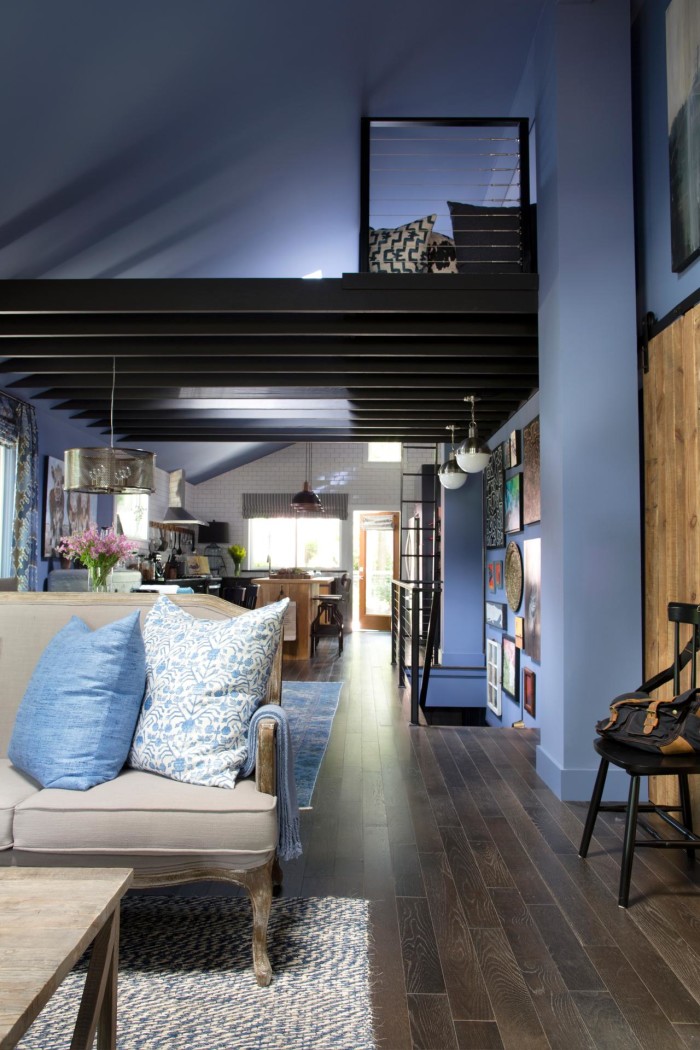 “Asheville is a farm-to-table community, so the kitchen should lend itself to that,” according to interior designer Brian Patrick Flynn.

The kitchen has a new, more open layout with black cabinets, a wood island, and white subway tile.

They wanted the bedroom, which is right off the kitchen, to have “a traditional, Americana feel.” This is my favorite space in the house. If I lived here, I’d want to hang white shiplap walls like these in the other rooms, too!

Back of the House Before:

Back of the House After:

With a small house, it’s nice to have some outdoor living spaces like this.

You can enter twice a day to win at HGTV.com. 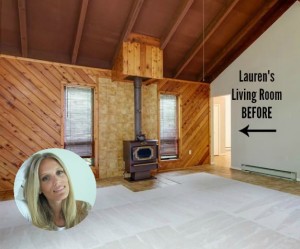 Previous Post
Before & After: How Lauren Liess Updated Her House from the ’70s

Next Post
HGTV Host Chip Wade at Home in Atlanta