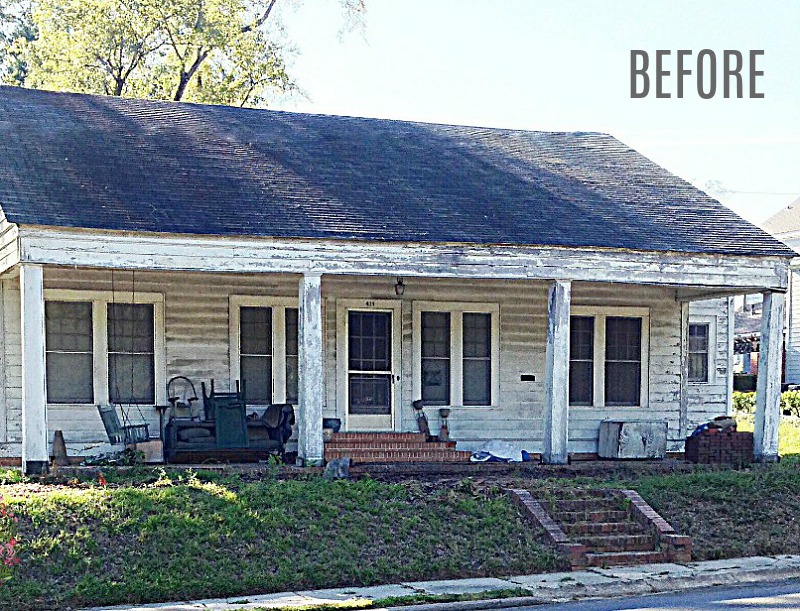 When Sara sent me the amazing before and after photos of this neglected old cottage in Louisiana, I knew you’d want to see them, too. It was built in 1926 and had seen better days, that’s for sure. But she saw the potential there that most people might have overlooked.

She blogs at Simply Southern Cottage, where she tells the story of finding the house while driving through the “quaint, southern, historic community of Minden” about five years ago: “I stumbled upon this house and immediately knew it was supposed to be mine.”

Sara embarked on a major restoration of the cottage and today it’s a head turner. I can’t imagine anyone drives down her street without slowing down and looking back! 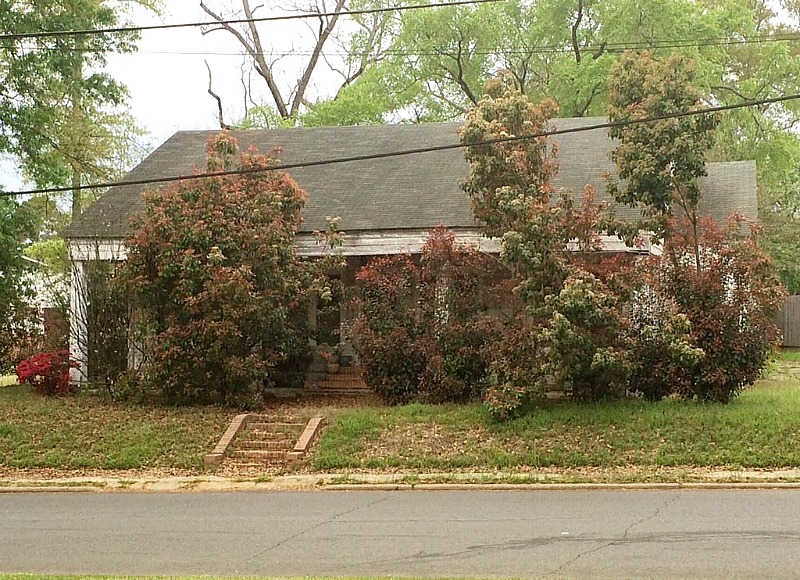 The house was vacant, and the yard was so overgrown that you could be forgiven for not realizing there was a cottage behind it.

She says it was difficult to persuade the family that had owned it for nearly a century to sell. She had a vision for what the house could be, though, and was determined to rescue it from the “brush, decay and clutter.”

When the bushes were removed, you could see there was a promising little house hiding behind there: 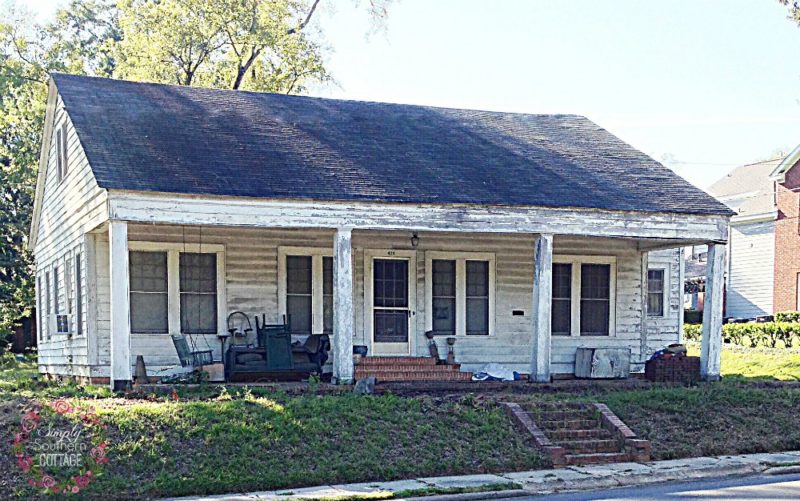 After nearly 2 years, she was finally able to buy it and starts its restoration. 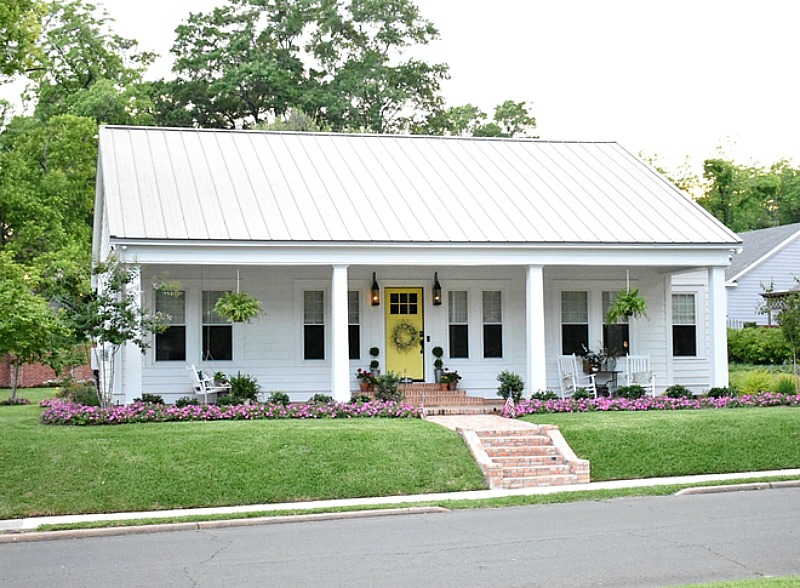 The transformation is jaw dropping.

“Yellow exudes joy and positivity,” she says. “Anyone who sees it just has to smile.” I bet they do! 🙂 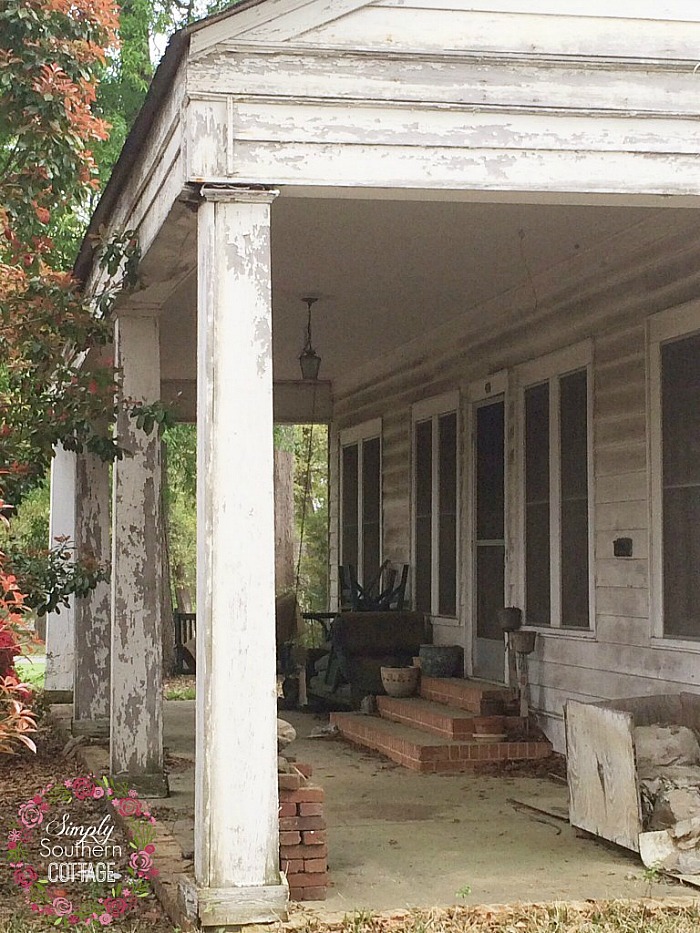 The porch is now an inviting space to sit a spell . . . and linger. Lemonade, anyone?

Or, since this is in the South, maybe some sweet tea? 🙂 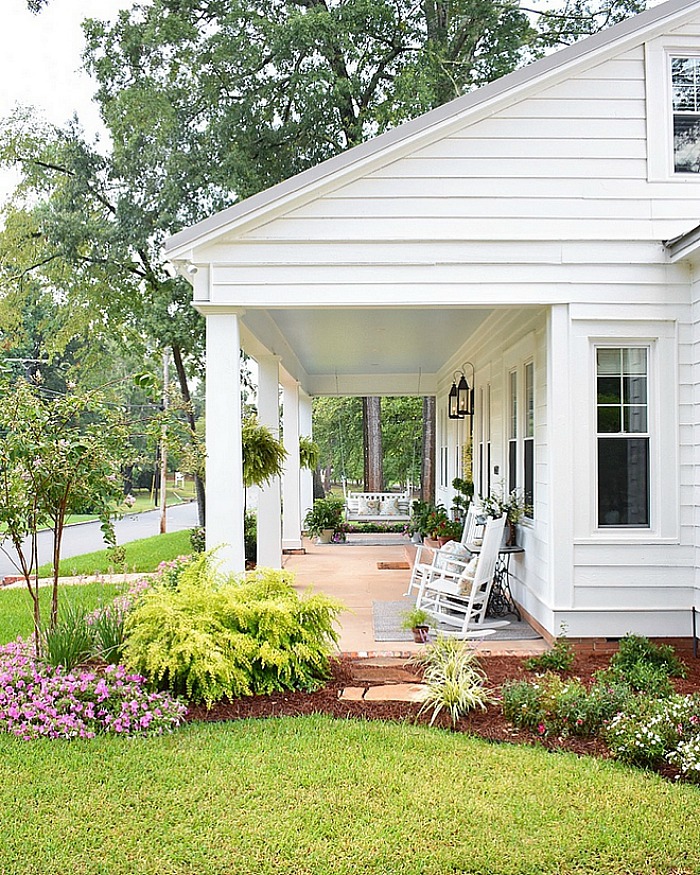 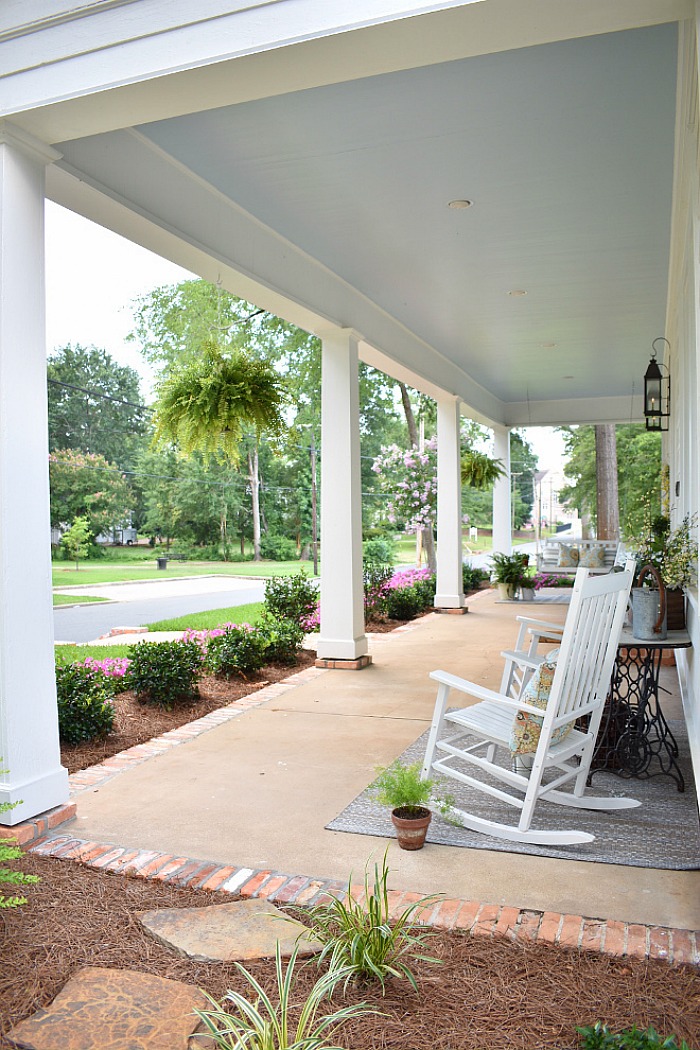 The Front Door Before: 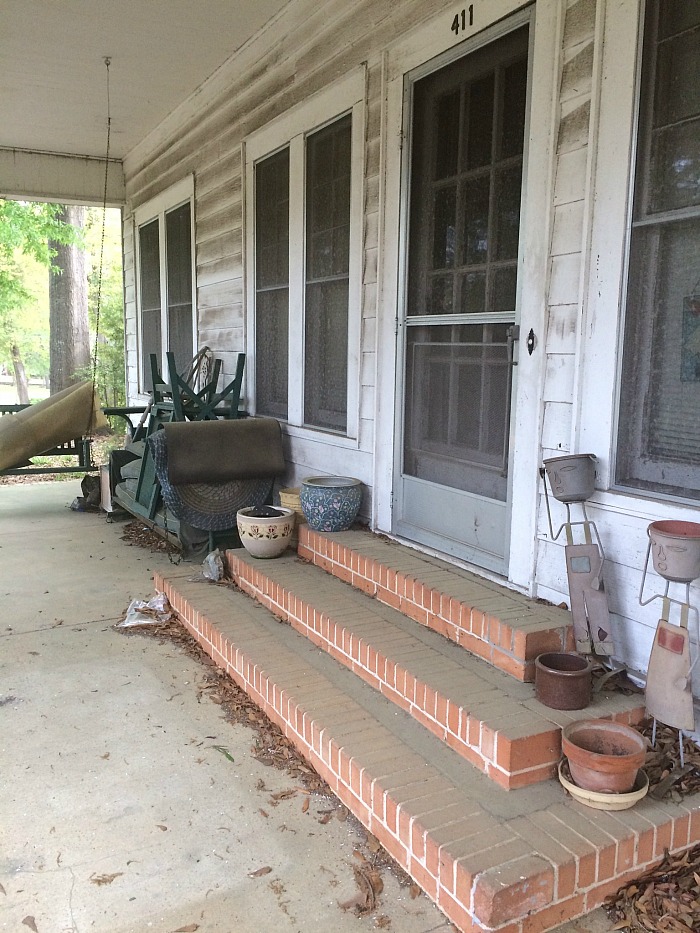 And now, with a “Lemon Twist:” 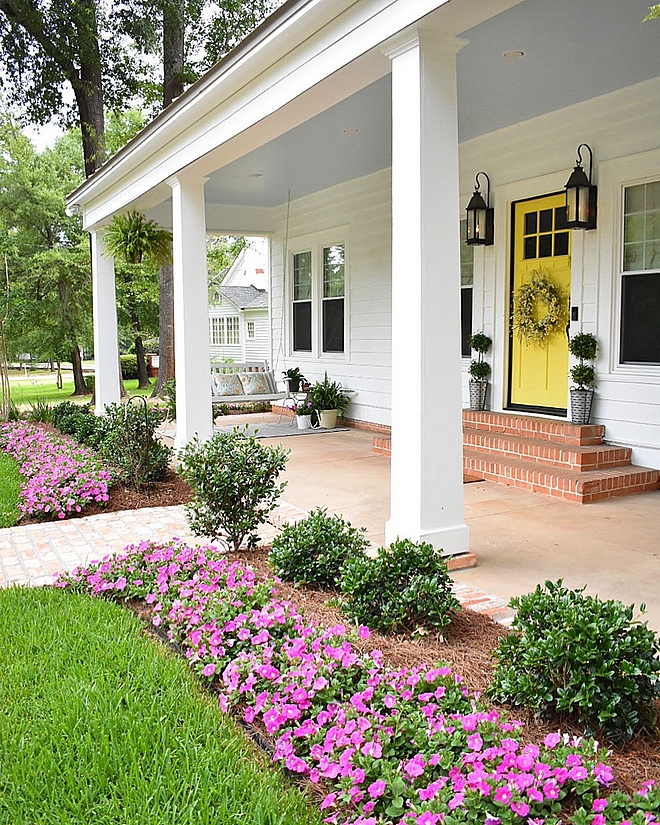 Inside the Cottage Door: 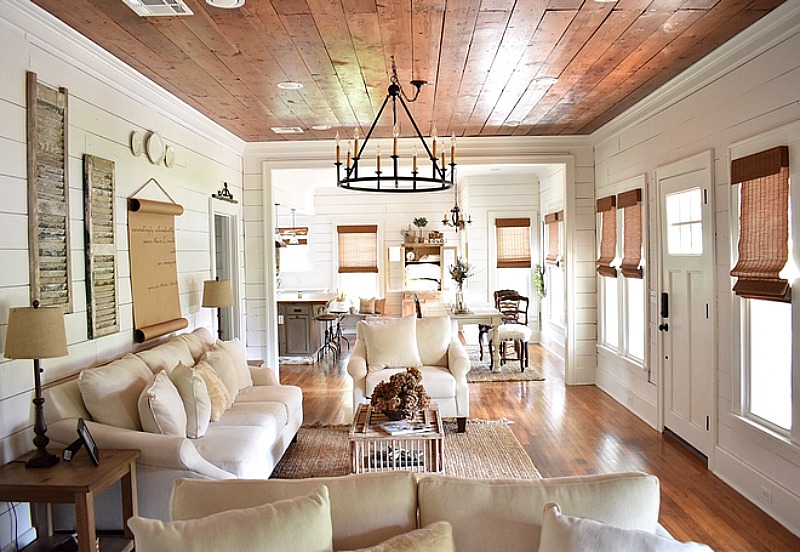 Sara says she loves neutral spaces and simplicity in her decor.

Three walls came down to create one long, open space throughout the front of the cottage. 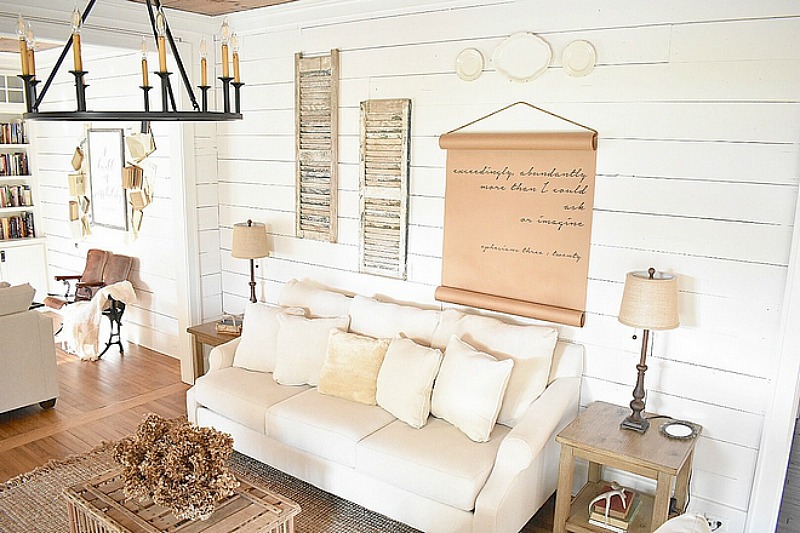 The cottage had a dropped ceiling with acoustic tiles.

When they were removed, this gorgeous wood was revealed underneath! 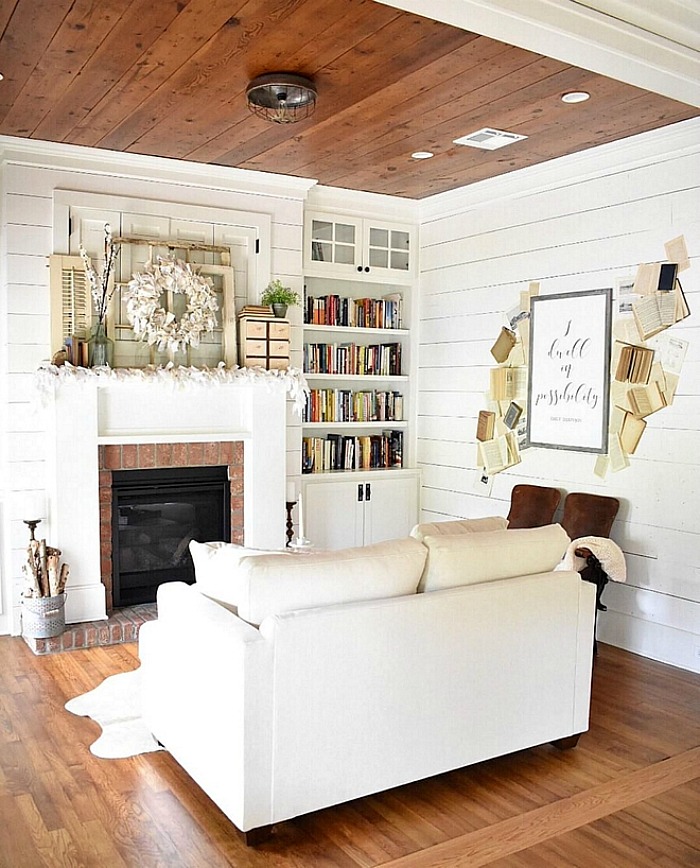 All of woodwork is original to the cottage.

It was covered by layers of wallpaper and paneling that had to be removed. 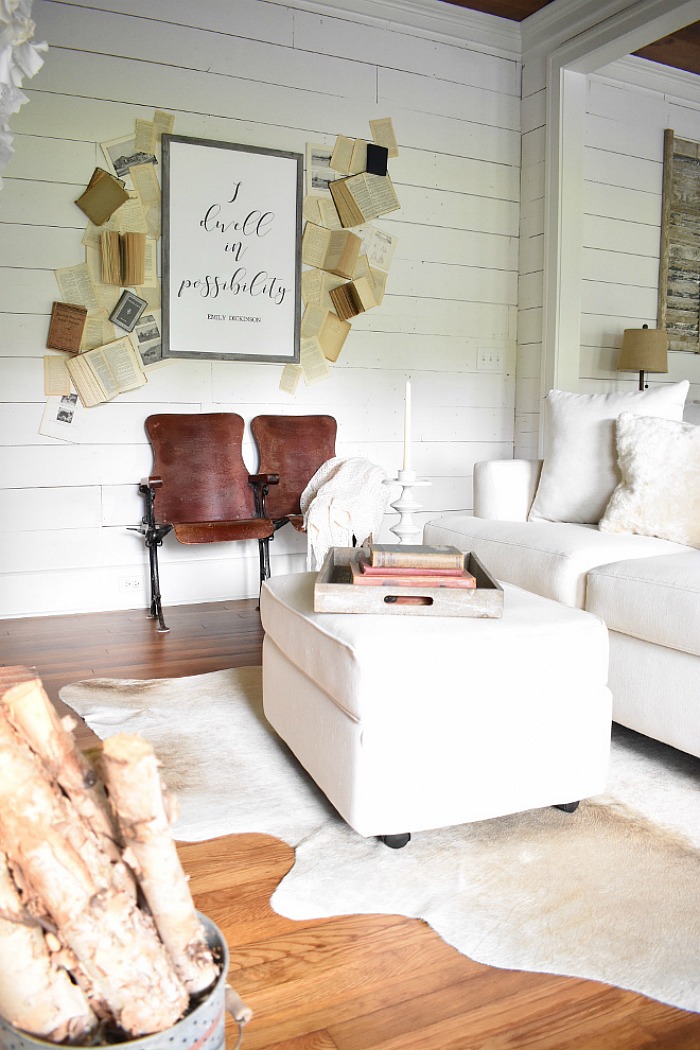 The fireplace was originally located in the center of the front room in the living-room area.

It was relocated to the library corner with a gas log insert. 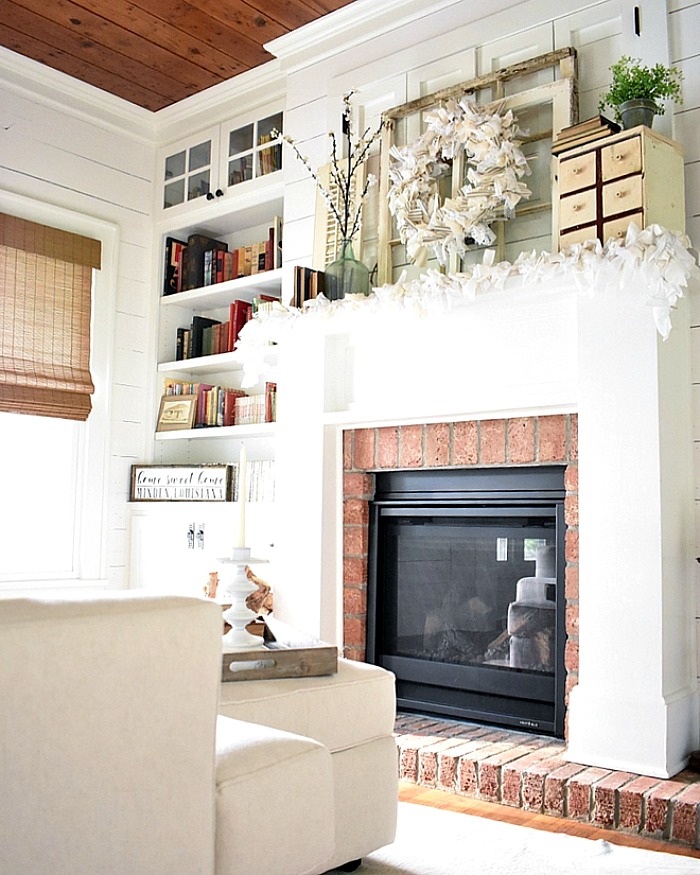 The old windows propped on the mantel were the originals to the home. 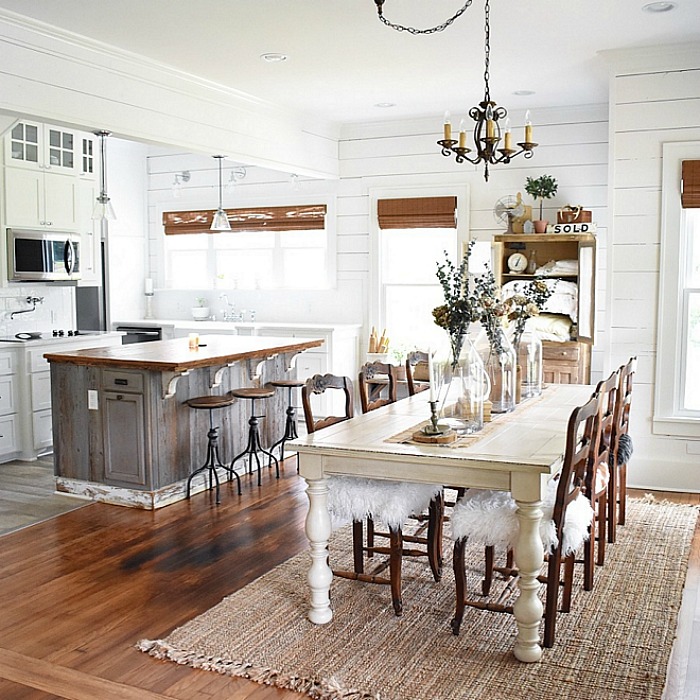 The kitchen island was custom built using salvaged wood that came from one of the oldest houses in Louisiana. 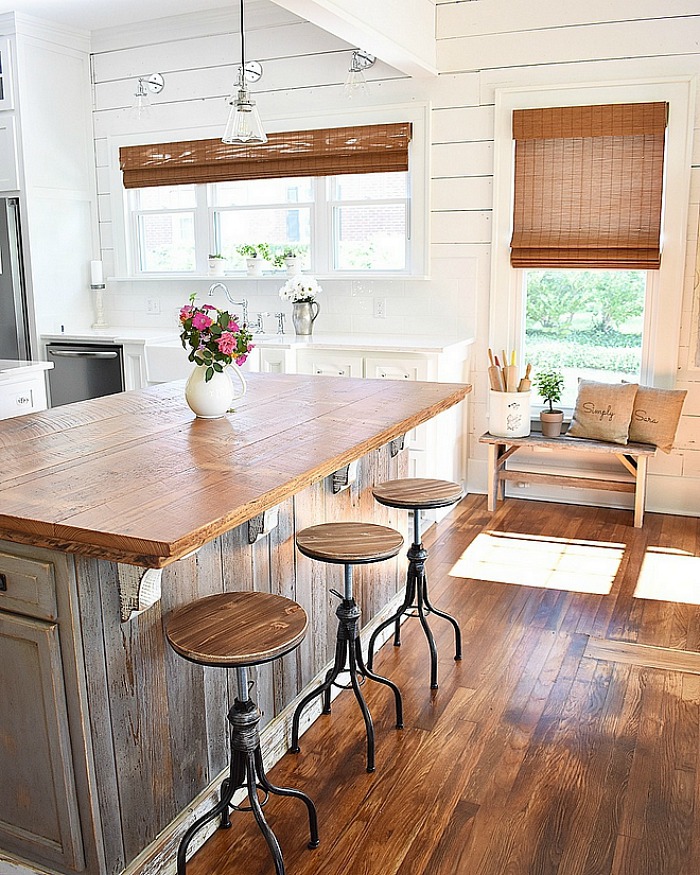 The island countertop is made of wood from a 100-year-old barn. 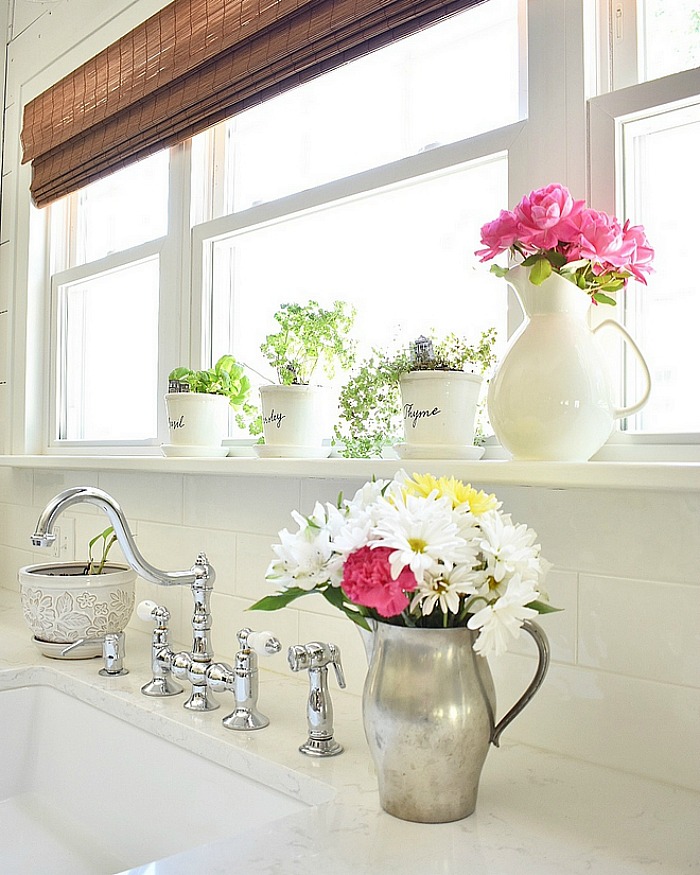 The beautiful wood floors are original to the cottage. 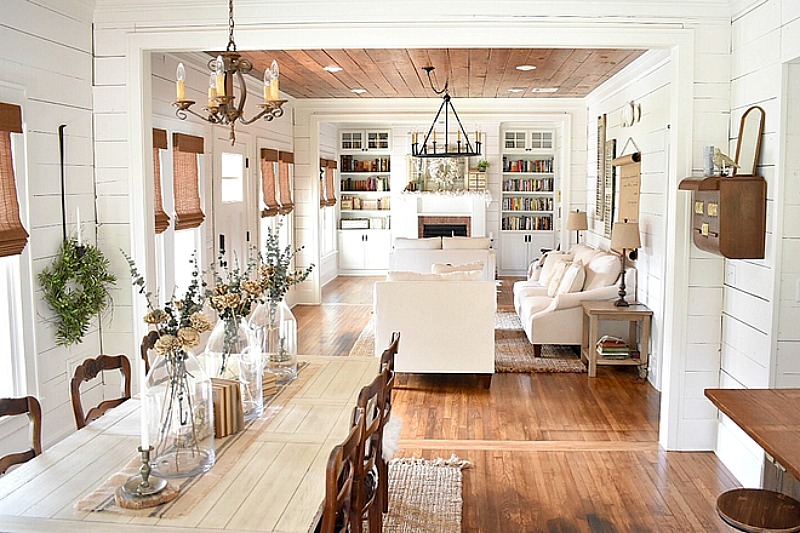 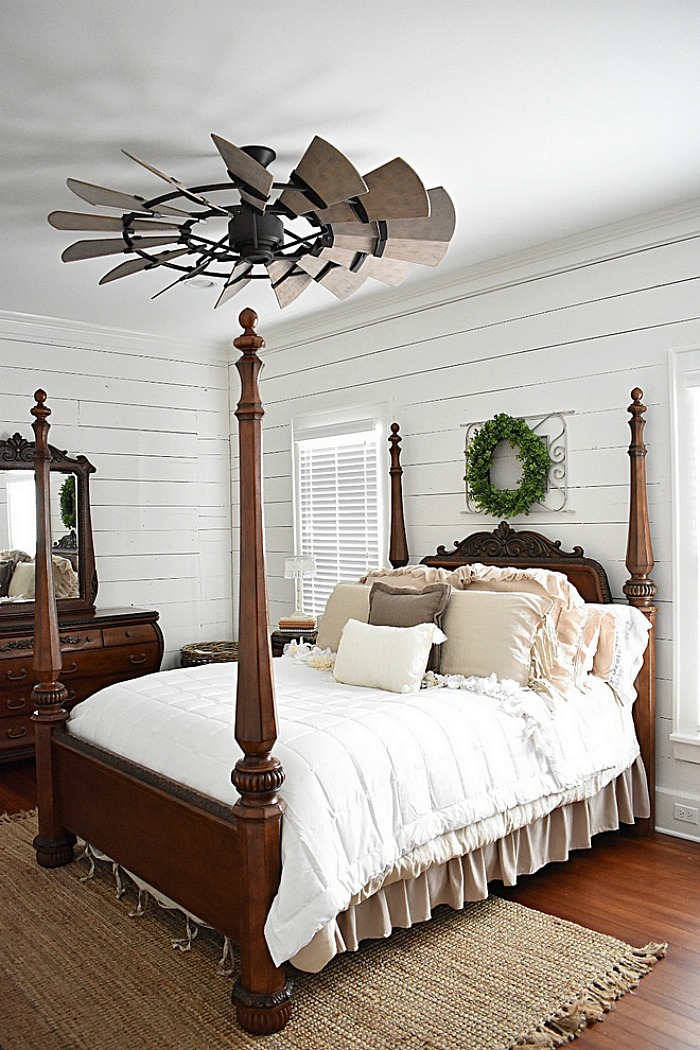 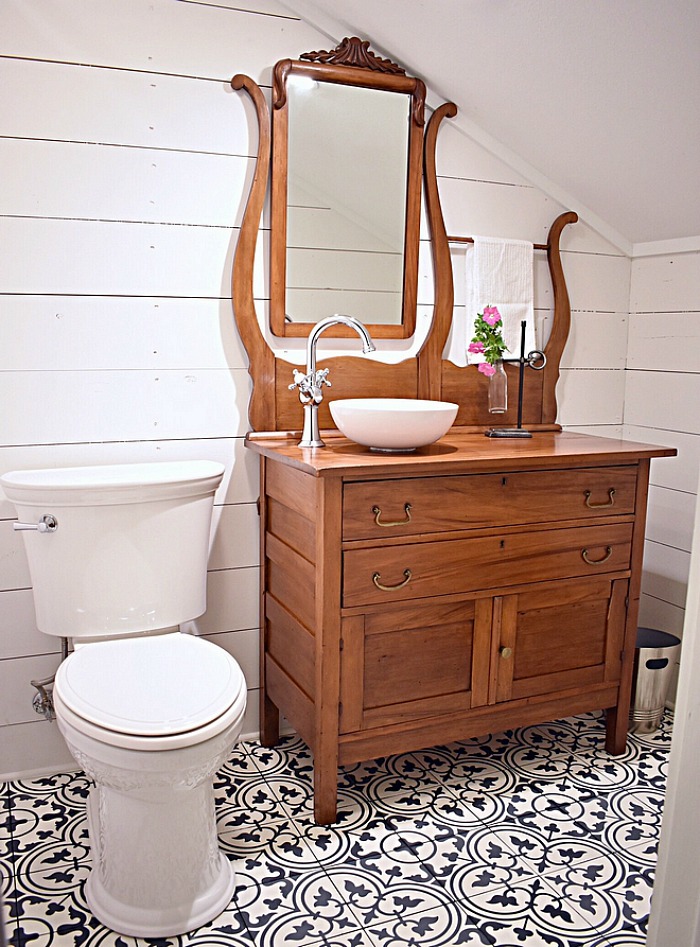 She reused the original front door in the mudroom: 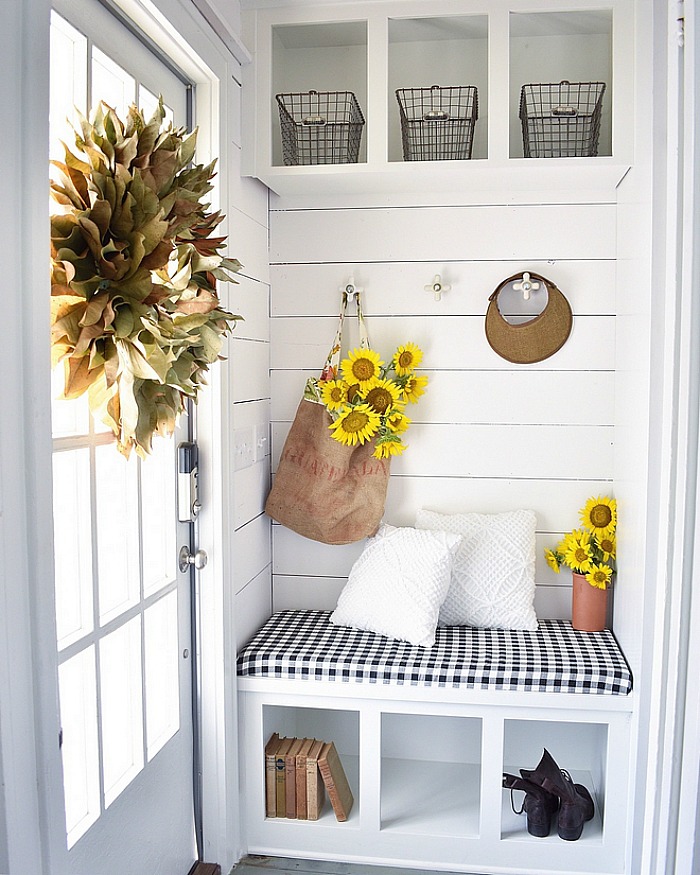 A new porch was added to the back of the house: 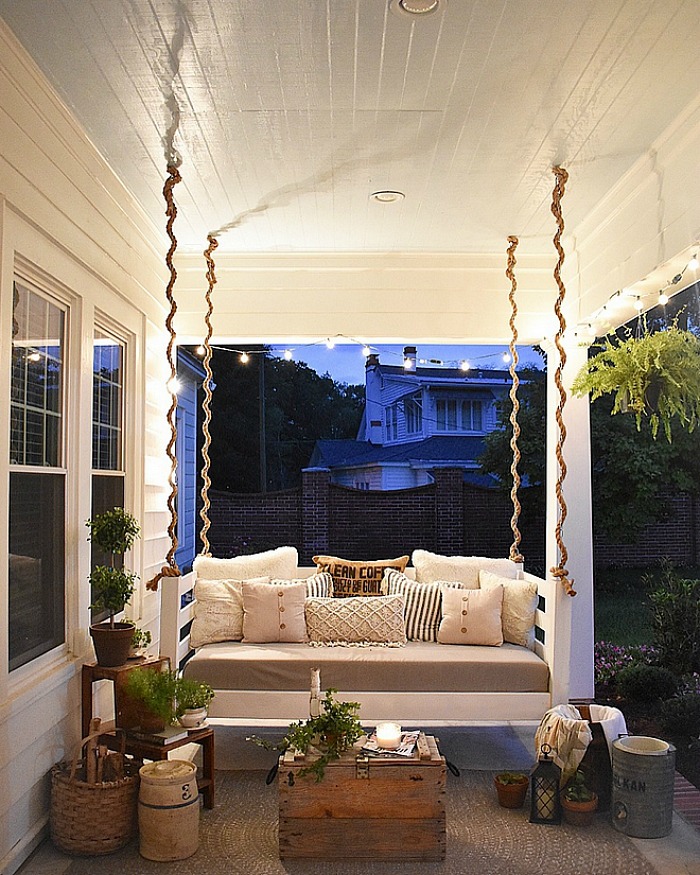 As if her house isn’t charming enough already, Sara’s got this sweet little greenhouse, too: 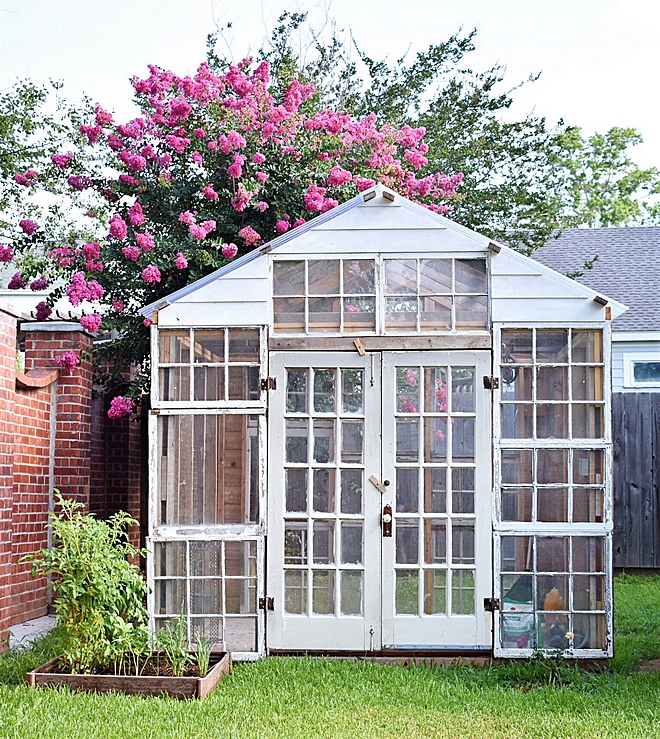 The cottage sits across the street from an historical park with a gazebo: 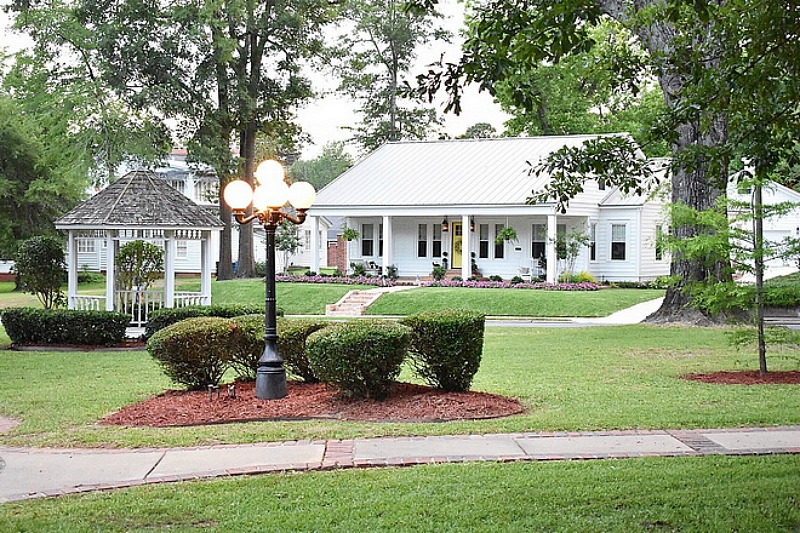 You can read more about Sara on her blog, as well as the story of her cottage. 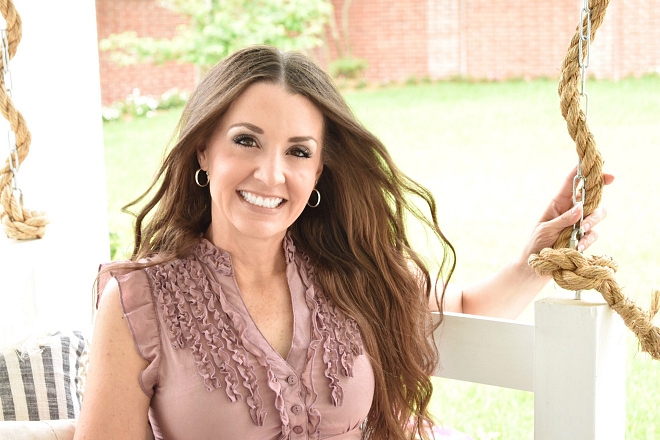 Thanks to Sara for sharing the story of her cottage makeover with us! 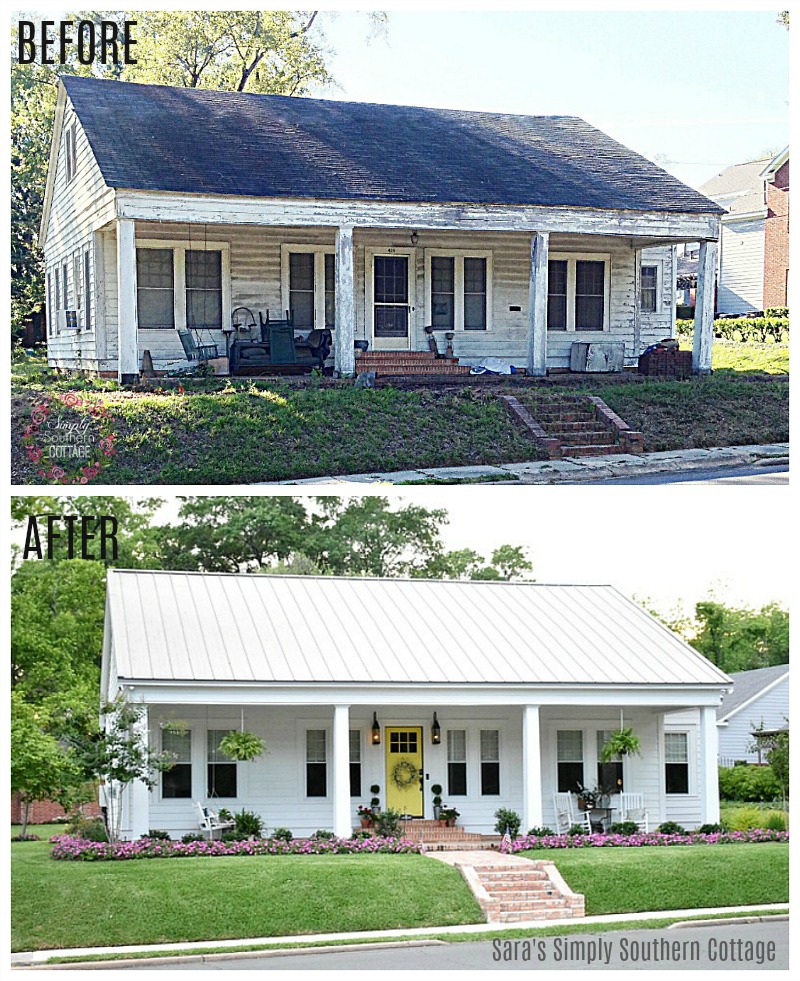 Previous Post
Windmill Cottage from “The Vicar of Dibley”
Next Post
Under the Rose Cottage: A 17th-Century House to Rent in Cornwall