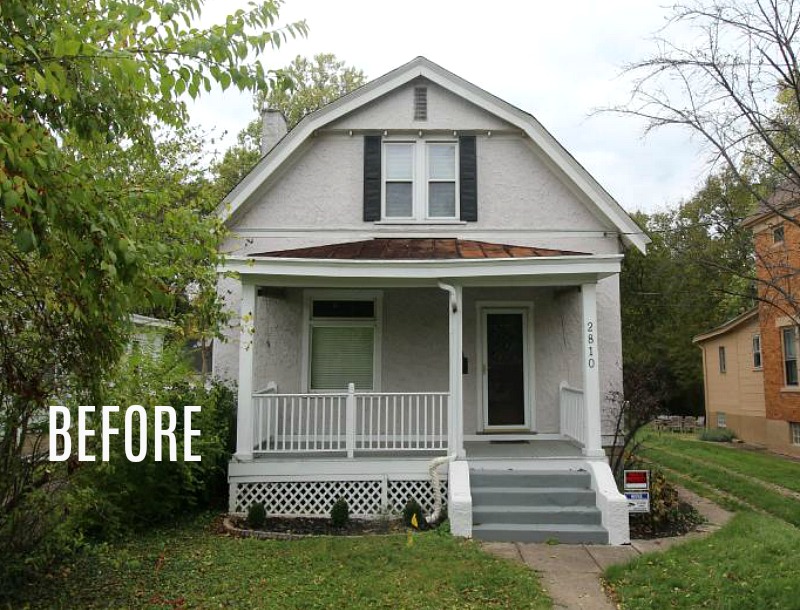 Each year HGTV buys an old house in a different city to renovate and give away. For the HGTV Urban Oasis 2018 sweepstakes they chose this small Dutch Colonial in Cincinnati, Ohio.

Dan Faires, who was the build manager for the project, said, “The Dutch Colonial Revival style gave this home so much architectural interest and terrific curb appeal. Great architectural design and a new addition opened this house up, drastically improving the layout and flow of the home, while maintaining the historic charm and original character.”

The HGTV Urban Oasis 2018 in Cincinnati 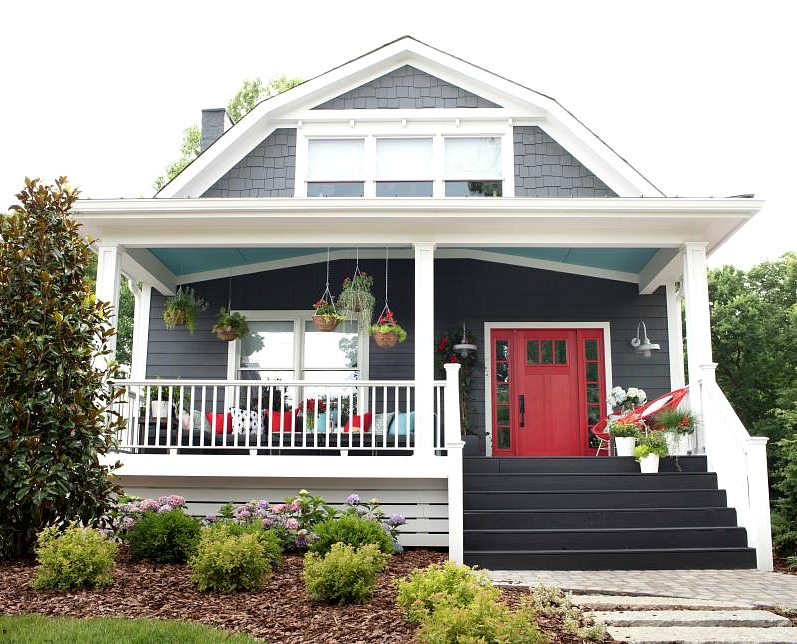 According to the 2017 listing, it’s on Hyde Park Avenue in the Oakley neighborhood of Cincinnati, “a short walk to Rookwood and Oakley Square.”

HGTV designer Brian Patrick Flynn says they painted the exterior a dark shade of charcoal gray “with pops of aqua and red for a fresh, urban look.”

The Dutch Colonial-style home was built in 1912.

The back of the house only had a couple small windows before:

They added an addition with more windows and a couple of French doors that open up the back.

The HGTV Urban Oasis website has interior photos and information.

Visit my HGTV page to learn about more of your favorite Home & Garden shows!