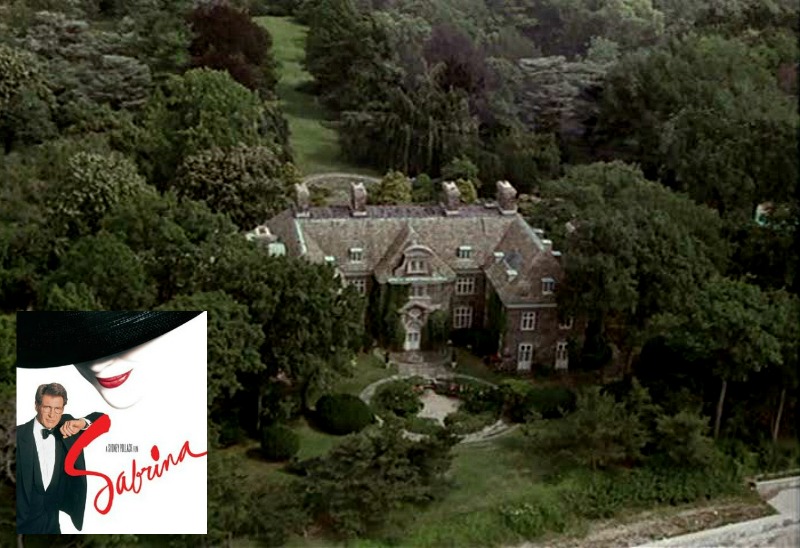 The 1995 romantic comedy Sabrina was filmed at a house known as Salutations, a Long Island mansion built in the 1920s.

The movie was a remake of the 1950s classic with Julia Ormond in Audrey Hepburn’s role and Harrison Ford in Humphrey Bogart’s.

As the story goes, Sabrina lives over the garage on the Larrabee estate with her father, who is the family chauffeur. She’s got a crush on David Larrabee, the younger son, but he doesn’t seem to know she exists.

Let’s take a look back at the houses and sets that were designed for Sabrina.

The Grand Mansion from the Movie “Sabrina” 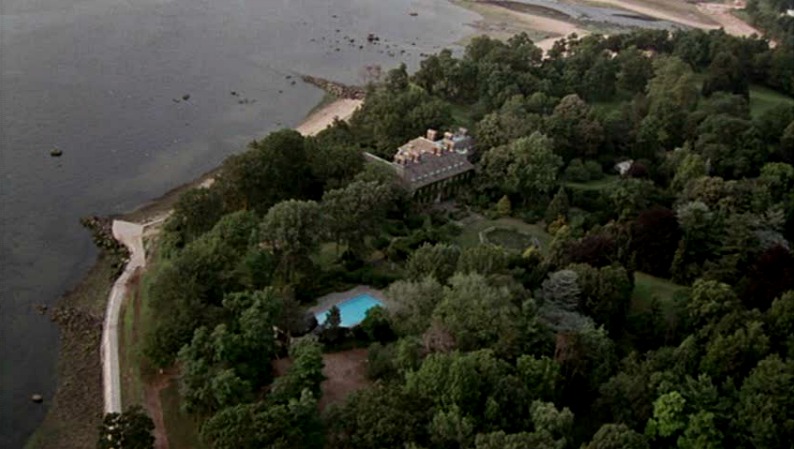 Here’s what the movie was about:

While she was growing up, Sabrina Fairchild spent more time perched in a tree watching the Larrabee family than she ever did on solid ground. As the chauffeur’s daughter on their lavish Long Island estate, Sabrina was invisible behind the branches, but she knew them all below.

There is Maude Larrabee, the modern matriarch of the Larrabee Corporation; Linus Larrabee, the serious older son who expanded a successful family business into the world’s largest communications company; and David, the handsome, fun-loving Larrabee, who was the center of Sabrina’s world until she was shipped off to Paris.

After two years on the staff of Vogue magazine, Sabrina has returned to the Larrabee estate but now she has blossomed into a beautiful and sophisticated woman. And she’s standing in the way of a billion dollar deal. 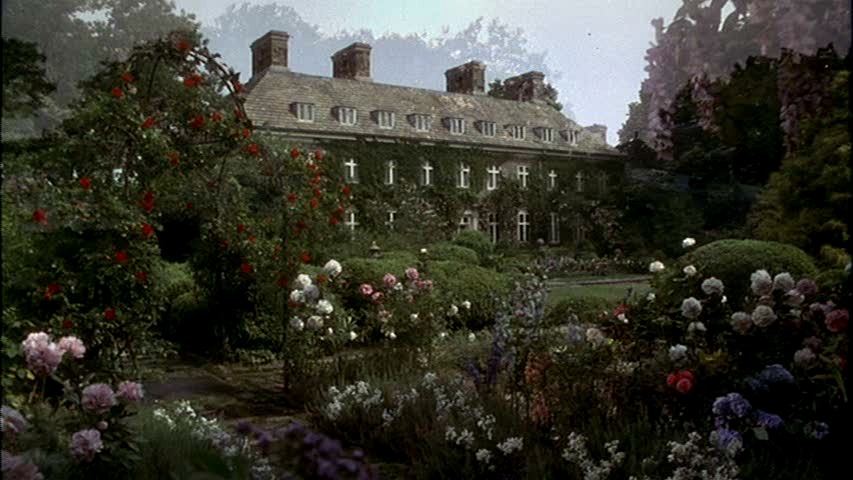 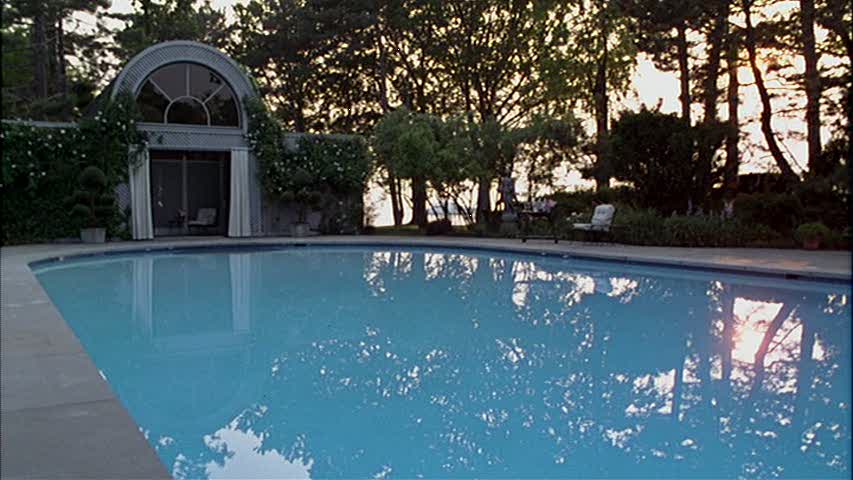 And an Indoor Pool 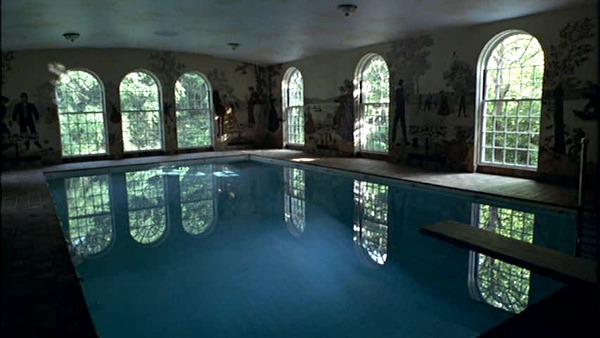 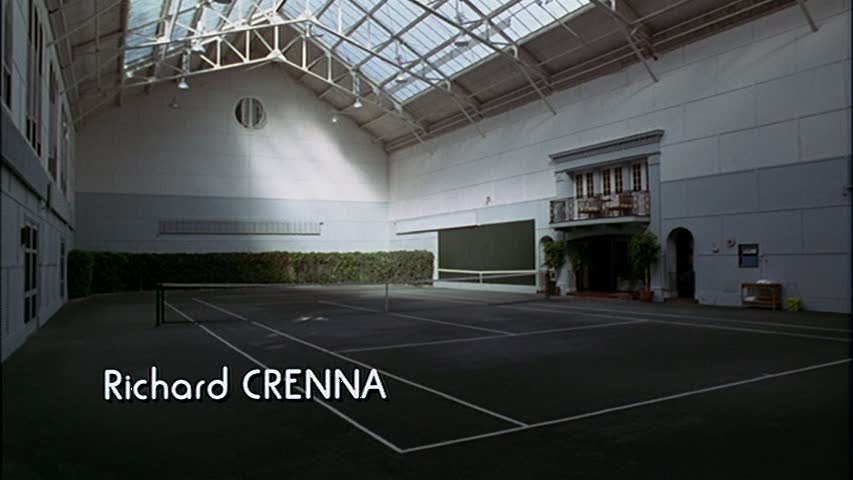 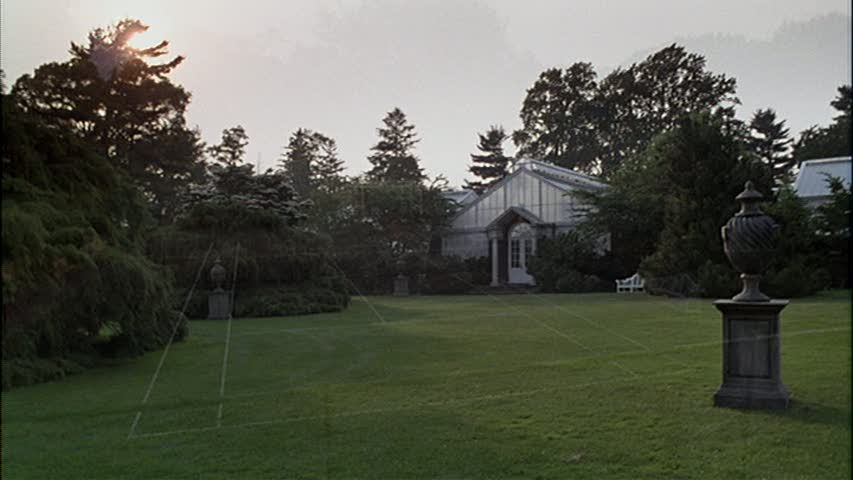 It was built for Junius Spencer Morgan III, who was the son of JP Morgan Jr. 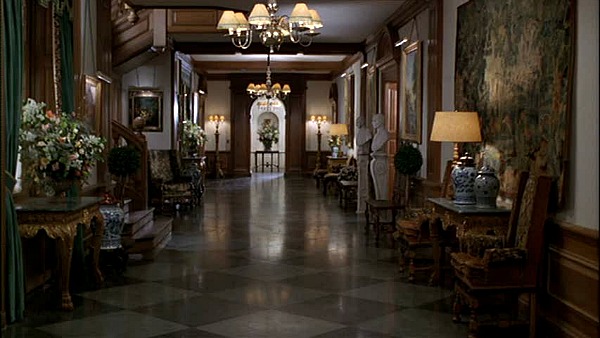 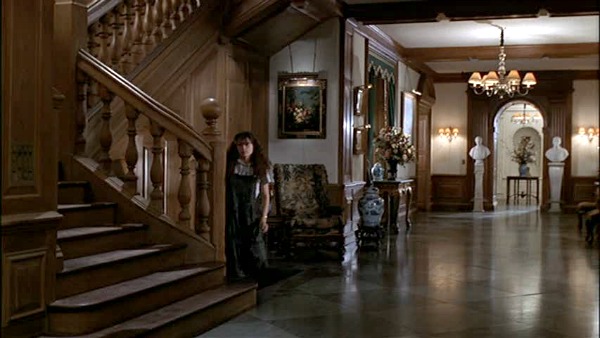 Love the porthole window in the stairway: 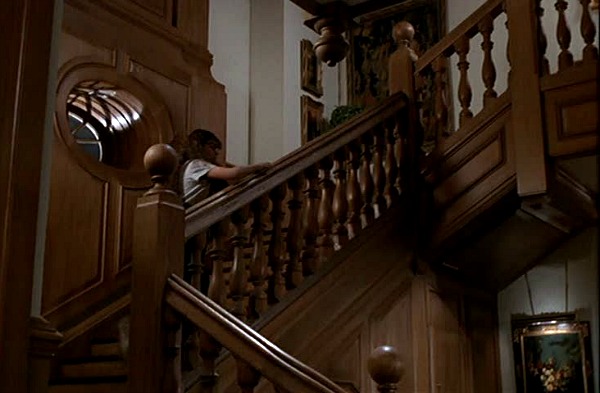 When Linus greets Sabrina at the back door, you can see a view of the water in the distance: 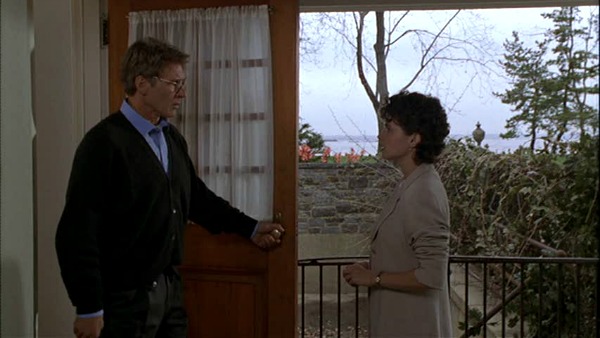 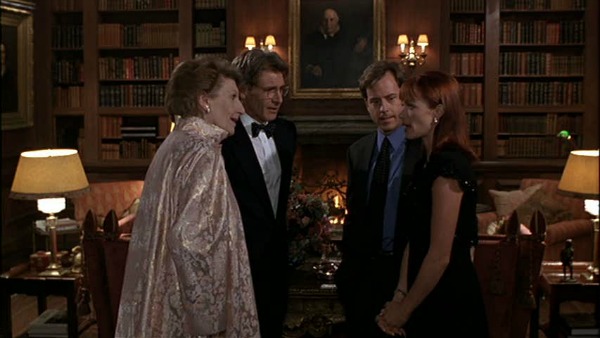 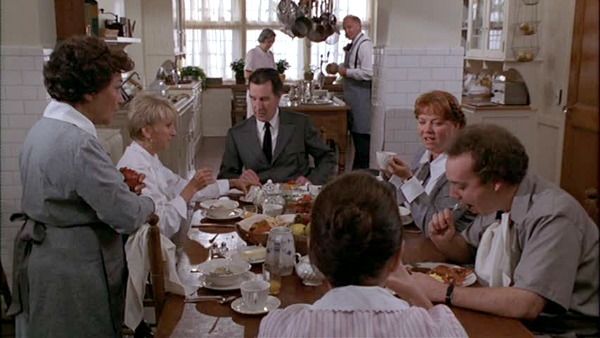 Paul Giamatti is sitting on the right in the photo above.

He had a role so small in “Sabrina” that if you blink, you miss him! 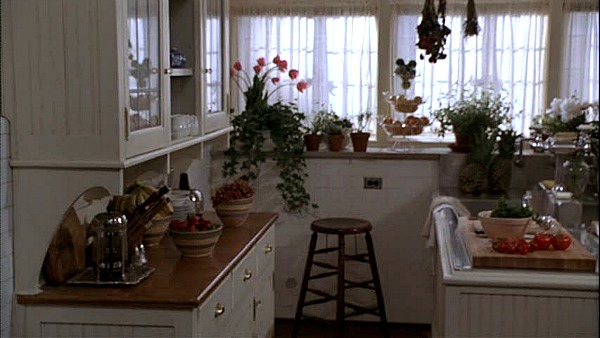 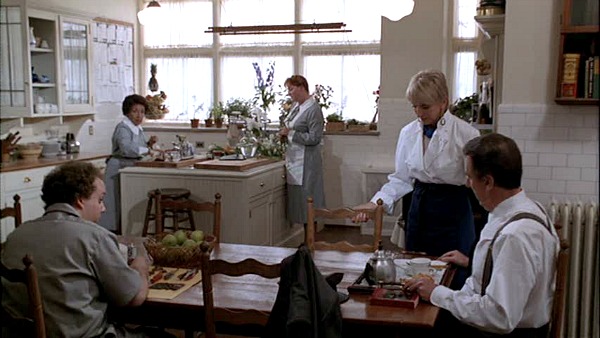 The Stone Cottage Above the Garage 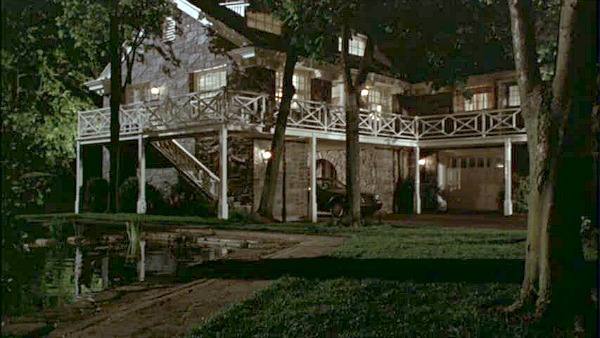 Sabrina has lived with her father in the stone cottage above the garage her entire life.

Tom took the job as a chauffeur because it gave him plenty of time to read. 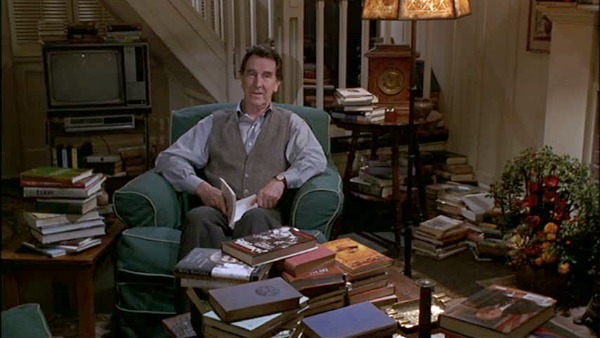 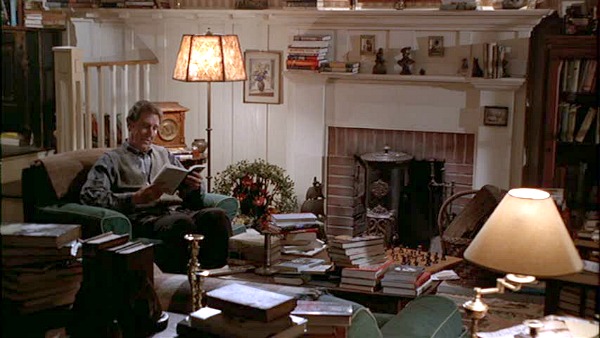 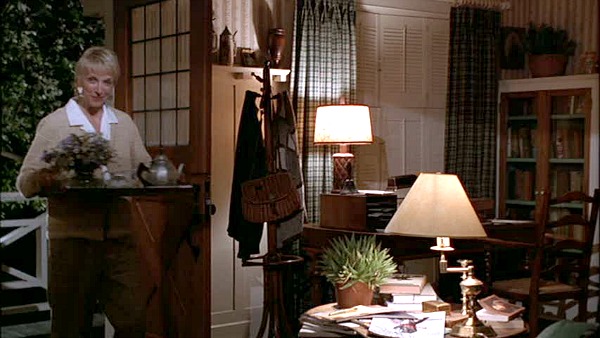 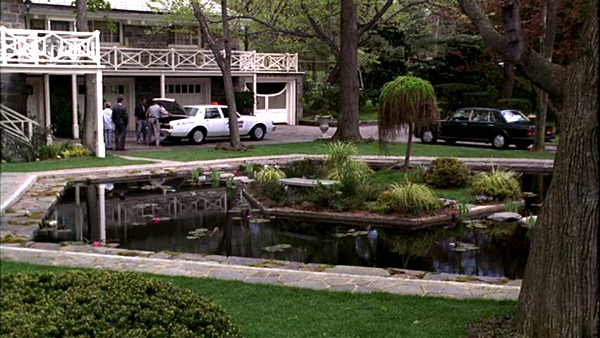 The reflecting pool in front of the coach house: 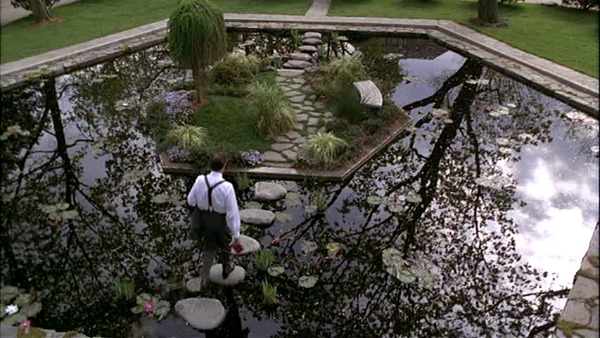 You can see an old black and white photo of Salutations on Gold Coast Mansions.

and a more recent photo of it on Big Old Houses. 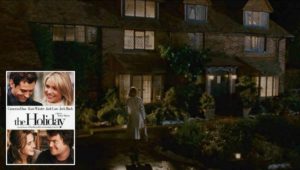 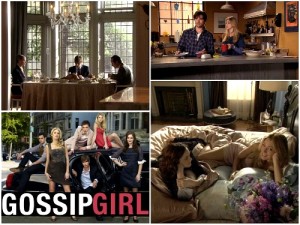 Next Post
The Sets on the CW Show “Gossip Girl”