I recently discovered Amber’s blog Snapshots of Life, which featured some amazing photos of Columbia Tusculum in Cincinnati and its famous “Victorian Painted Ladies.” I asked Amber if I could show you some of her pictures, and she graciously agreed.

Columbia Tusculum is the oldest neighborhood in Cincinnati, founded in 1788 at the junction of the Little Miami and Ohio Rivers. This was shortly before Cincinnati (originally named Losantiville) was settled.

Columbia Tusculum opened the first school in the Cincinnati area in 1790. For years it was known as a steamboat-building town and was very prosperous. The oldest home still standing was built in 1804.

Aren’t they fun to look at? Every house is painted a different combination of bright colors. 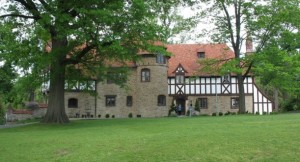 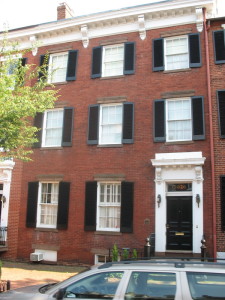