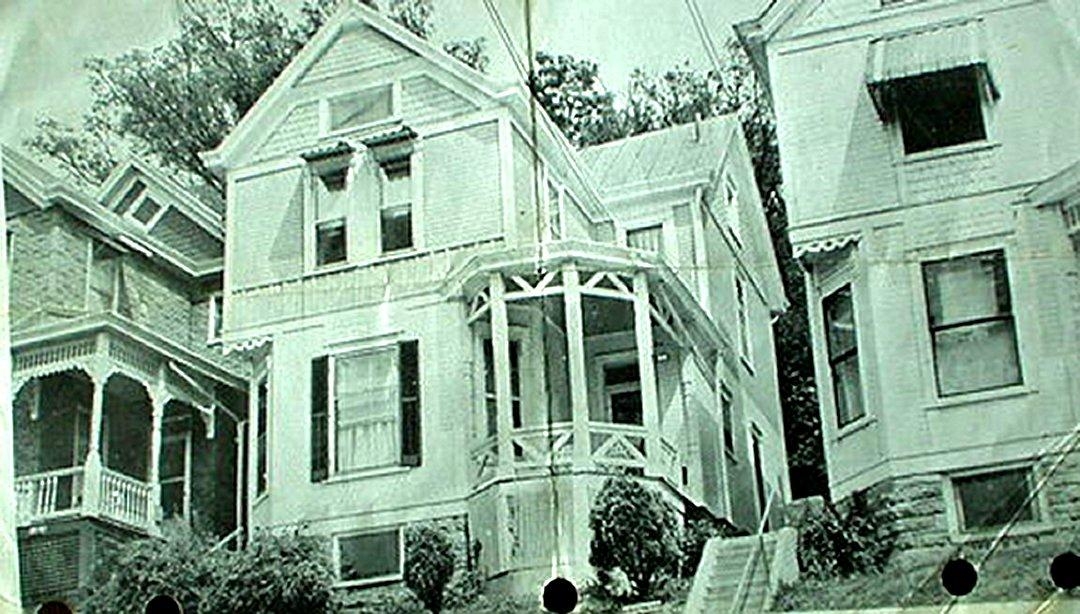 After the first post I did about the Victorian Painted Ladies in Columbia Tusculum, Ohio, a Hooked on Houses reader wrote to tell me that she grew up in the historic neighborhood.

Valerie sent me this old photo of the house her family lived in from 1953-1987. She writes:

It’s from the multiple listing from 1965 when we had it on the market at the time. We were asking $9,900, and couldn’t sell it! For the most part, all the houses were white then.

I was excited to see that her old house was on the tour. It’s now owned by a young couple who completely renovated it.

Here’s how it looks today: 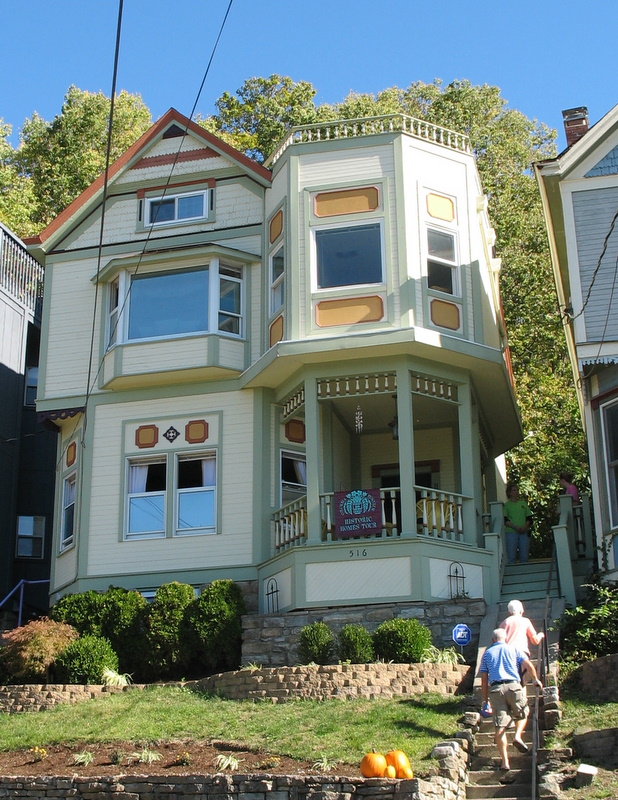 The new addition above the porch is a spacious master bathroom. The newly added bay window belongs to the master bedroom and has an incredible view of the neighborhood and the river in the distance.

Valerie says she remembers the battles to save some of the oldest homes in the neighborhood:

Two houses up from us, where the condos are now, was a beautiful big Italian Gothic house. Three old sisters lived there, Ida, Kate and Meadow. They used to talk about driving in their ‘machine.’ Meadow was always out in her straw hat gardening.

The house opened up onto a courtyard, from where stone terraces festoned with flowers rose up the hill to a wooded area in back. Too bad it was ripped down for condos in the 70’s. That was a crime.

The paint on the Steamboat Gothic row homes across the street, which were apartments, had completely worn off, and with brown wood exposed, looked derelict. We kids always thought houses like that were haunted, and walking home from school, we would run by them. And there were a few in the neighborhood. Somebody finally painted row houses with one coat of white and sickly green trim that soaked right into the wood.

Back in the day nobody really did appreciate the heritage of old homes. It must have been a combination of lack of disposable income, coupled with a post war attitude that new was good, old bad. But the residents of Tusculum fought ripping down that old Italian Revival to slap up condos.

Efforts to change zoning were impossible because there were already pre-existing apartments on the street. You can see the old Victorian home at the end of Roche’s finger in the picture. Well, we know the sad end of that story!”

A newspaper article from 1978 that Valerie kept has the headline “TORCHES AND PITCHFORKS.” It describes the fight to save the the old Gothic home where the three sisters once lived:

A band of aroused Columbia Tusculum residents won a skirmish against a bulldozer Wednesday night in their battle to block a condominium development. An estimated 30 residents surrounded and stopped the bulldozer which was trying to make it’s way from Tusculum avenue up a hillside that backs up to Alms Park.

Gilbert ”Doc” Owens, another neighborhood resident said the sad story is when the city stands by and lets a money hungry developer put up condominiums in at the base of a beautiful park with no consideration of the young people (who are rehabilitating old homes in the area) who want to make this city and live in this city.

As I walked through the neighborhood this fall, I was sad to think of all the historic homes that had been bulldozed, but when you look around at all of the beautifully restored Victorian Painted Ladies on that hill, you realize that the developers lost in the end. It’s a thriving community now where the majority of homes have been lovingly restored. The rehabbing homeowners won the war.

Valerie’s family standing on the sidewalk outside the house on Easter 1956: 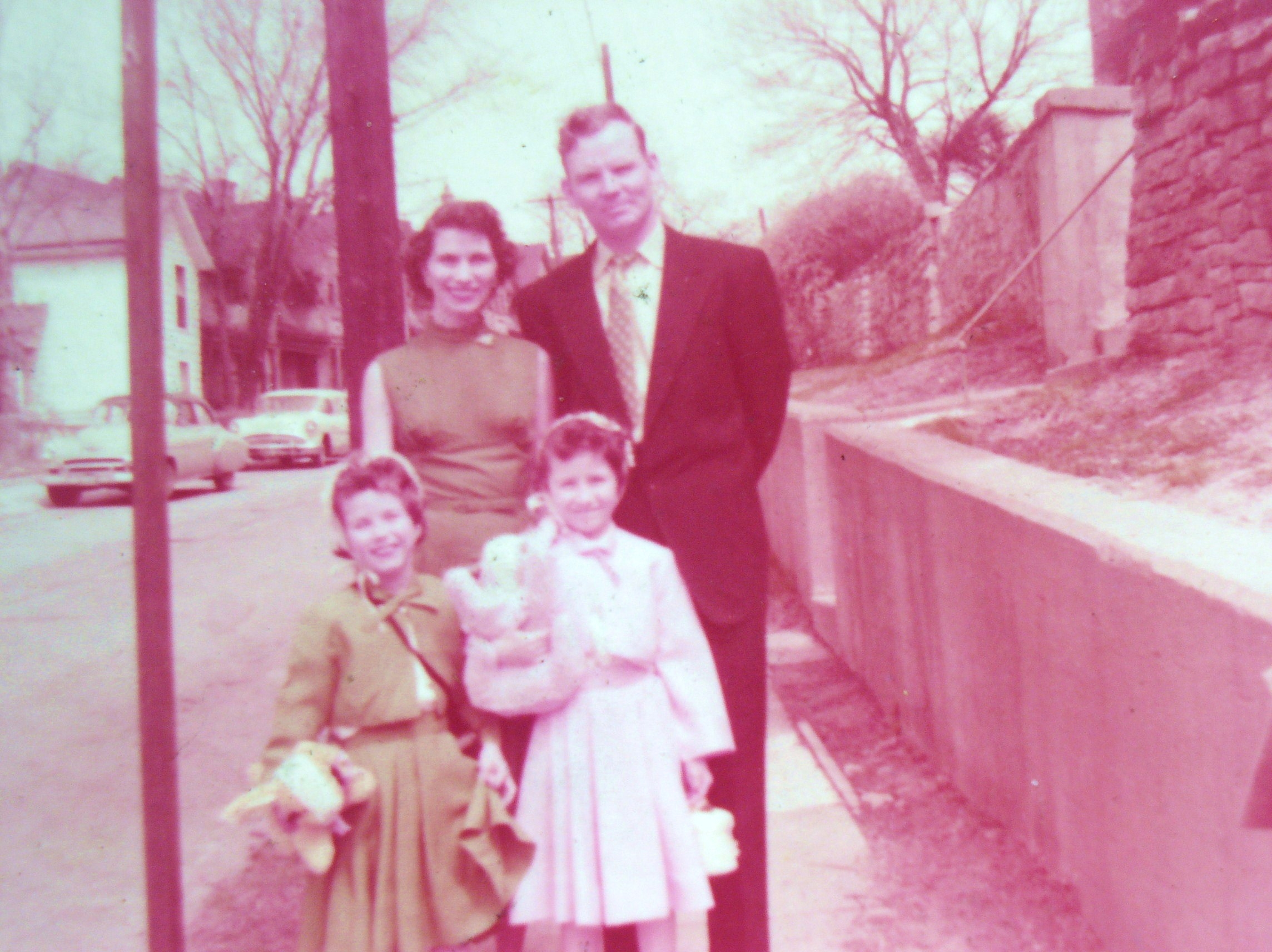 Thanks to Valerie for sharing her photos and memories with us! 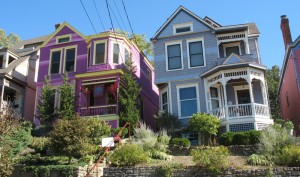 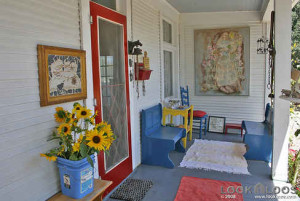