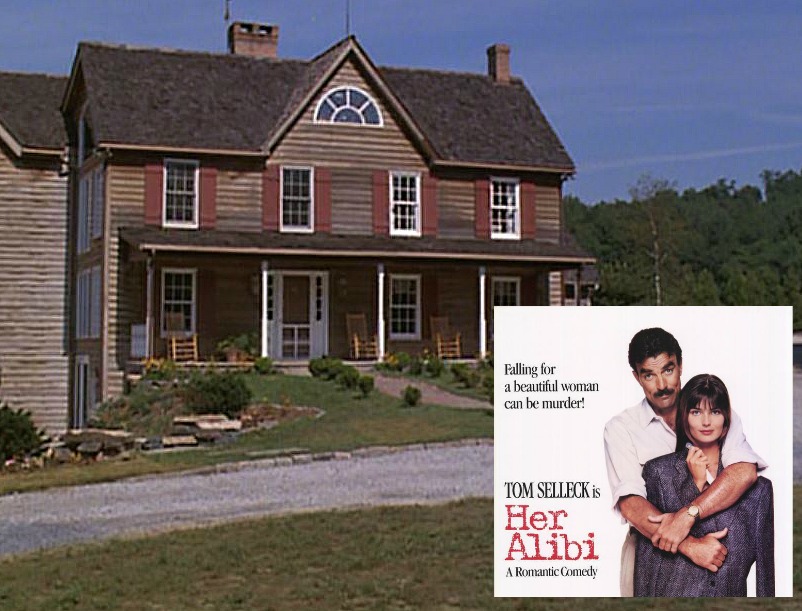 Remember the romantic comedy Her Alibi? Premiering in 1989, it featured Tom Selleck as a hilariously bad writer of best-selling detective novels. I watch it every time I come across it on TV and it still makes me laugh.

The house Selleck’s character Phillip Blackwood lived in was so unusual and memorable that a lot of you have asked me about it over the years. I was excited to hear from the family that built it and learn that it’s currently on the market in Maryland. Let’s see how the house has changed since the ’80s!

The “Her Alibi” Movie House in Maryland 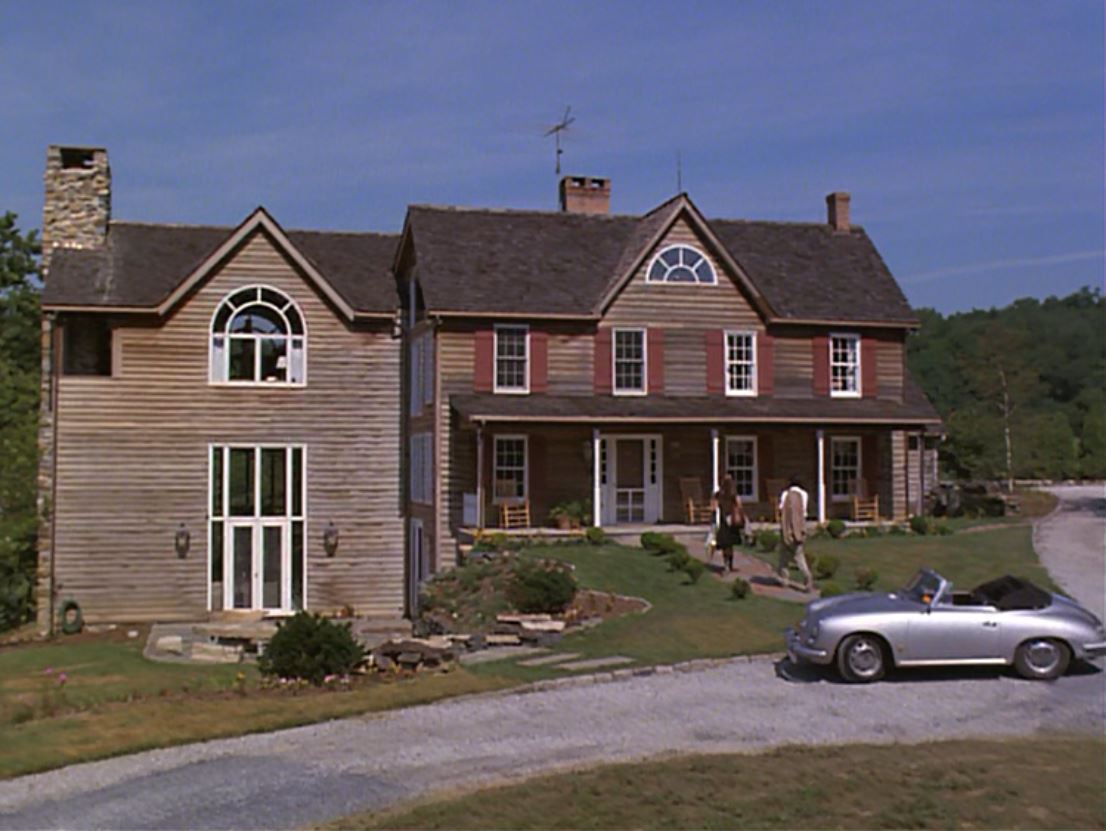 Even though the movie’s set in Connecticut, the house is actually outside Baltimore. 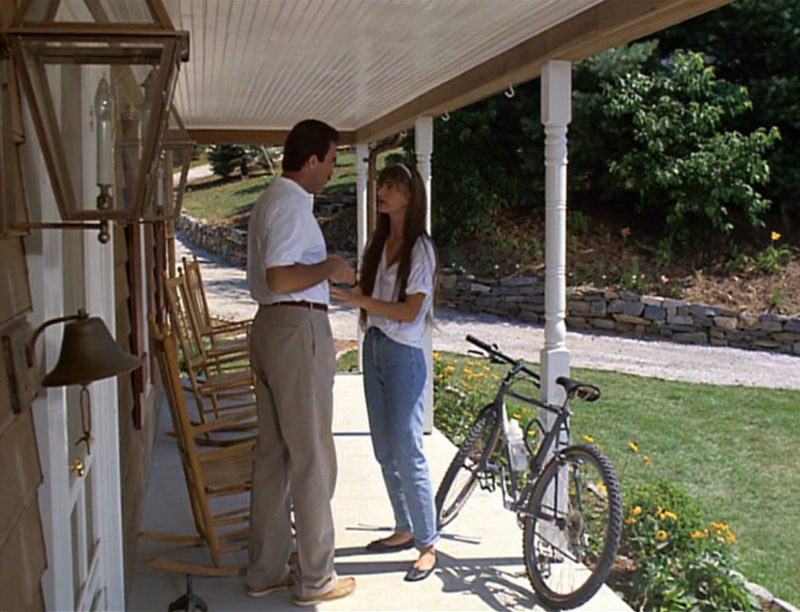 Paulina Porizkova played Nina, a beautiful Romanian arrested for murder. Selleck’s character Phillip Blackwood is so sure of her innocence, he gives her an alibi. Living alone with her in his big house, however, he begins to wonder if he might be her next victim. 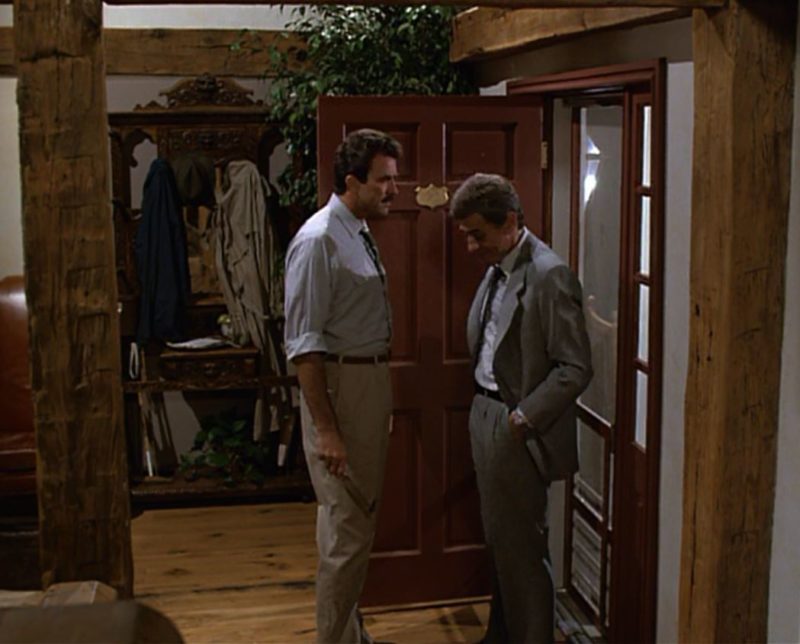 The first shot of the interior pans across the stone-walled great room and up the open staircase to the front door: 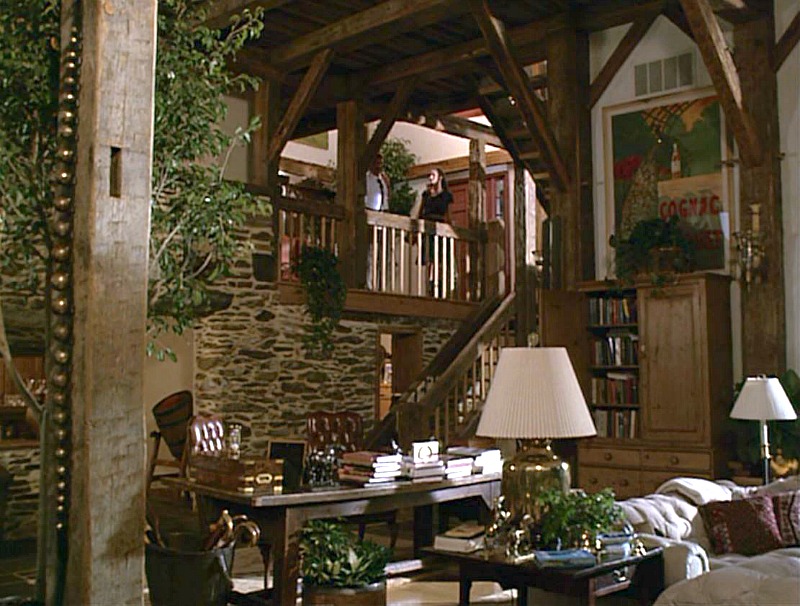 The other side of the great room has a large stone fireplace and walls of windows: 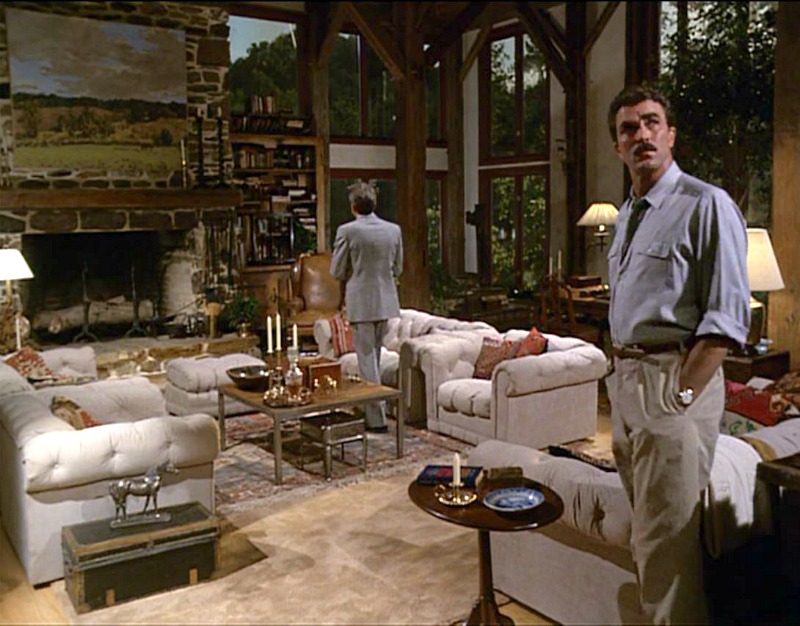 They must have filmed most of it here since the rooms look much the same as they did in the movie. 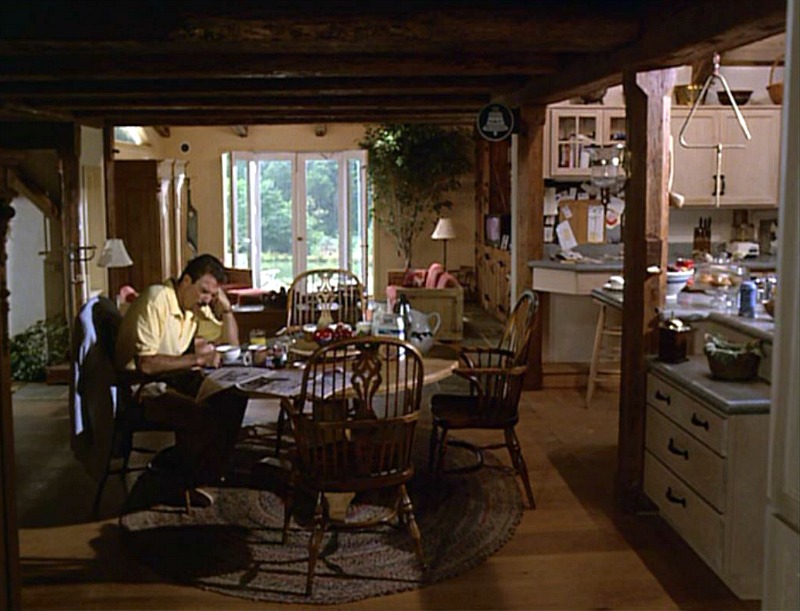 There are steps going up and down from room to room and varying ceiling heights to keep things interesting! 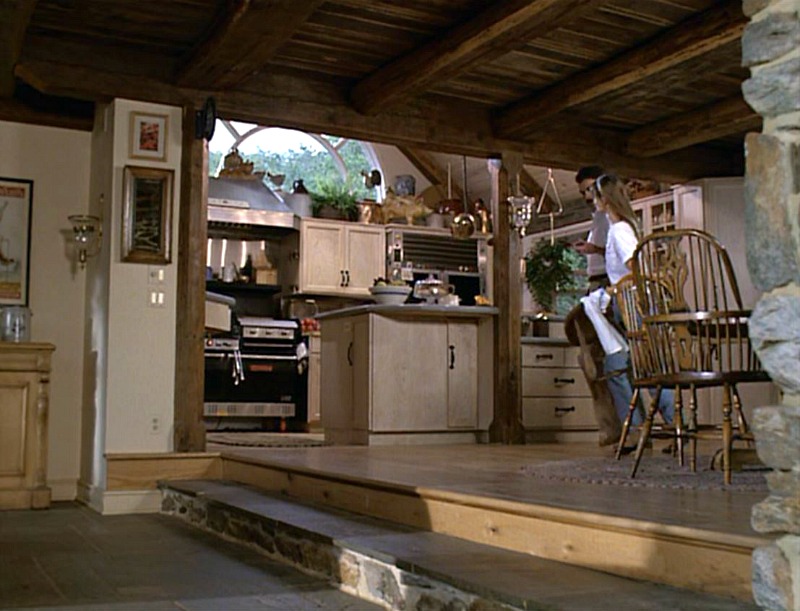 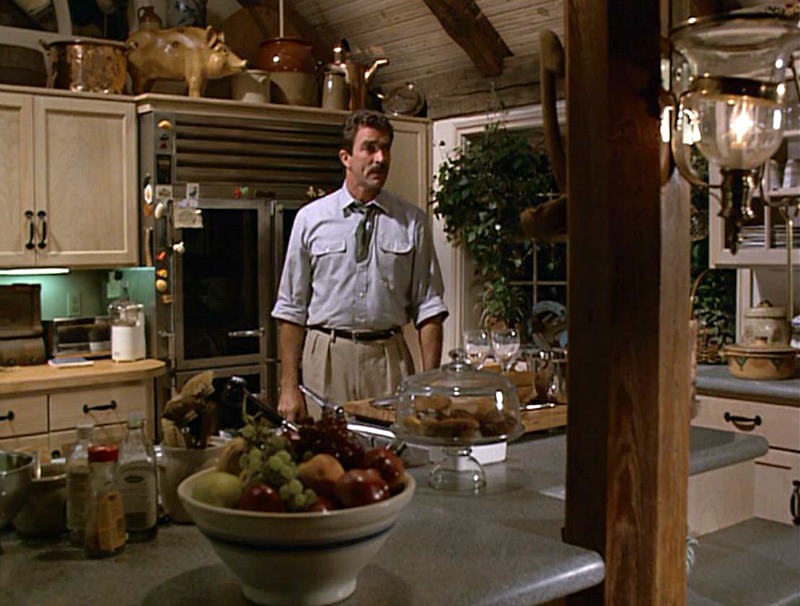 In this shot you can see the window seat behind Selleck: 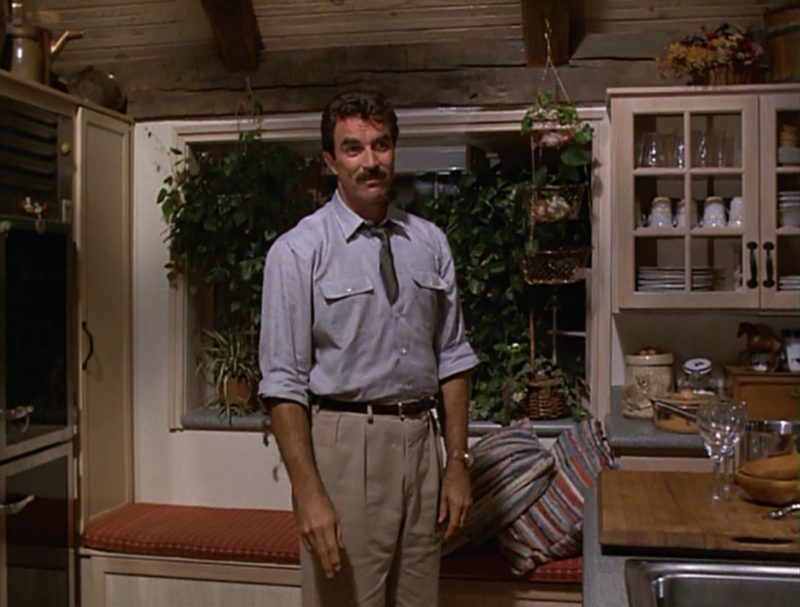 who also worked on Funny Farm: 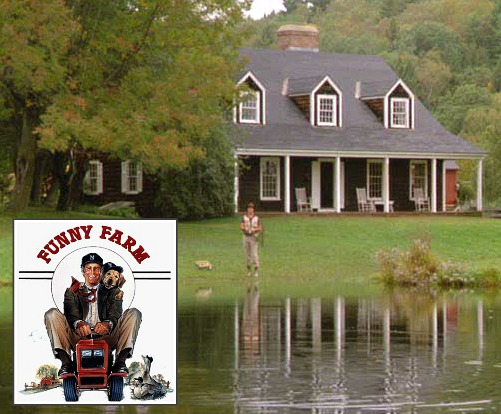 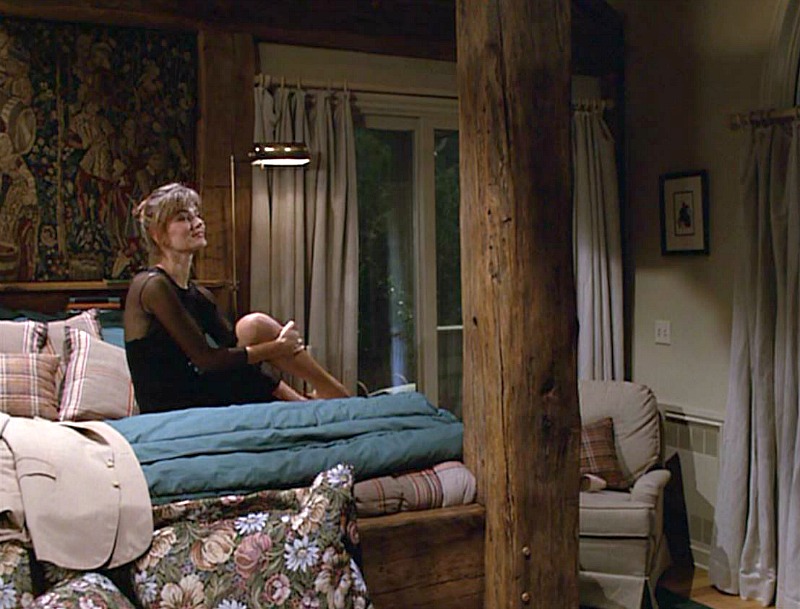 Through the third-story window we see Phillip’s writing studio: 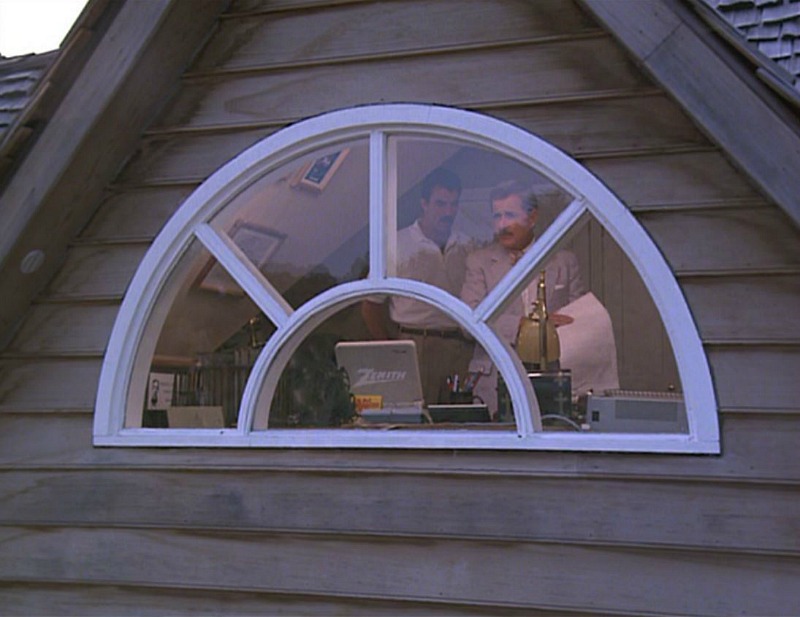 Some of the titles of Blackwood’s novels: 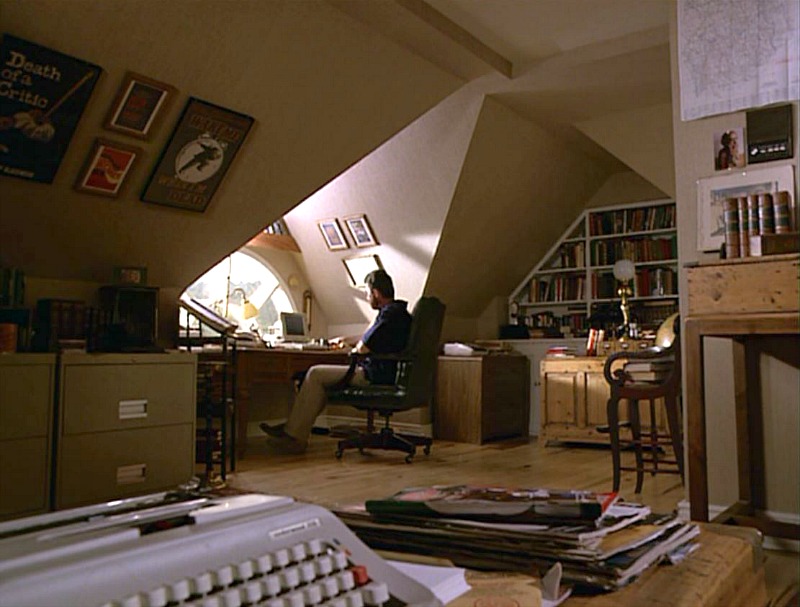 When he tries to delete the (lousy) first draft of his novel, the computer responds: 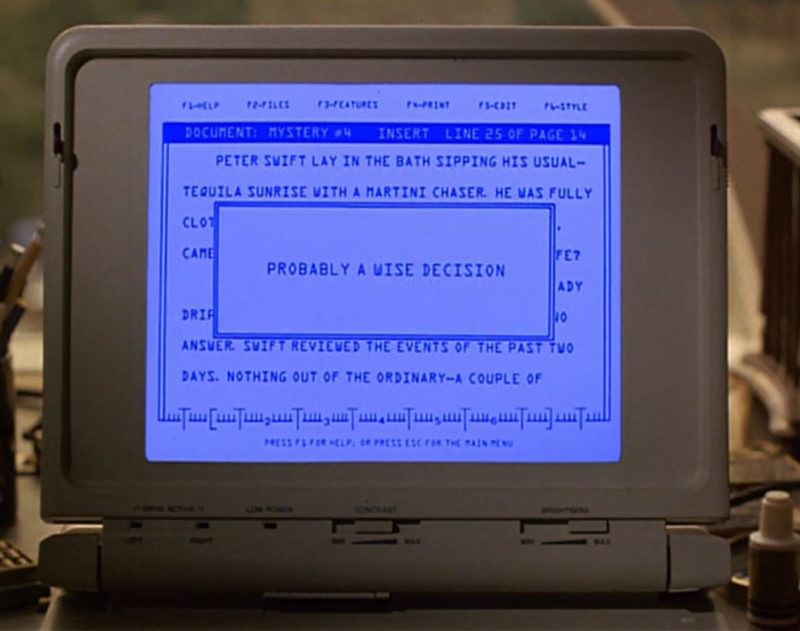 His office is filled with books and framed posters of his novels. 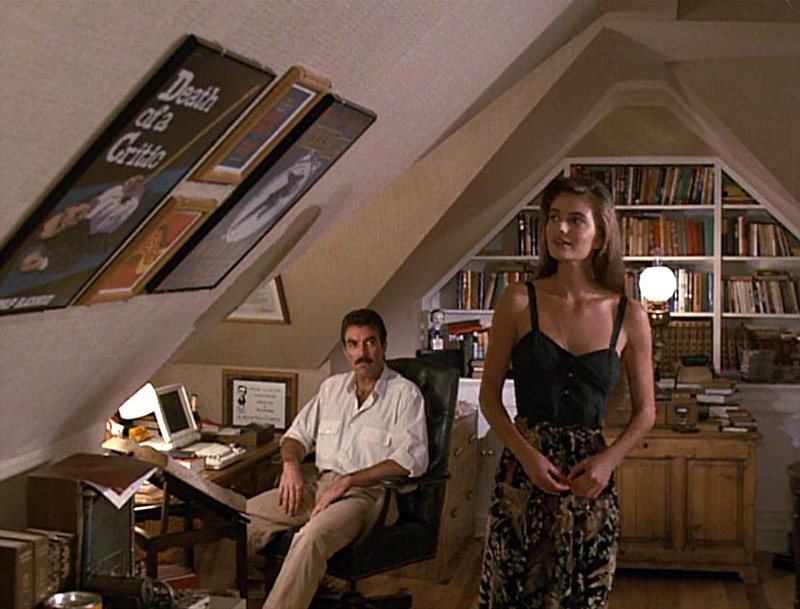 Selleck made this movie after “Magnum, P.I.” had ended its 8-year run: 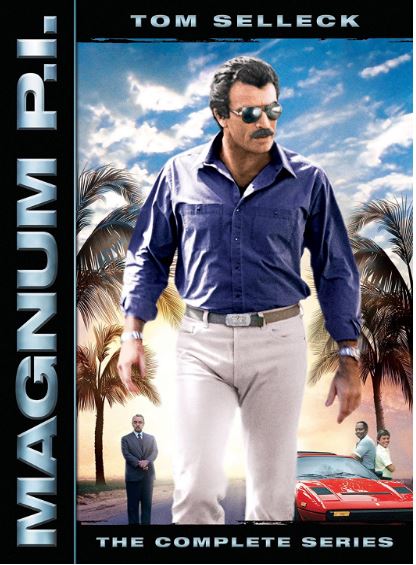 He’d just had a hit with Three Men and a Baby: 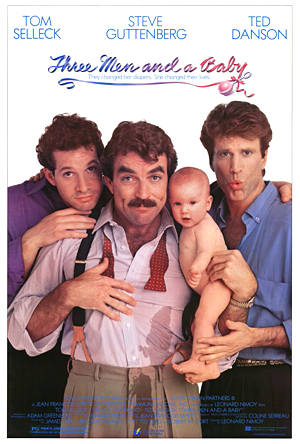 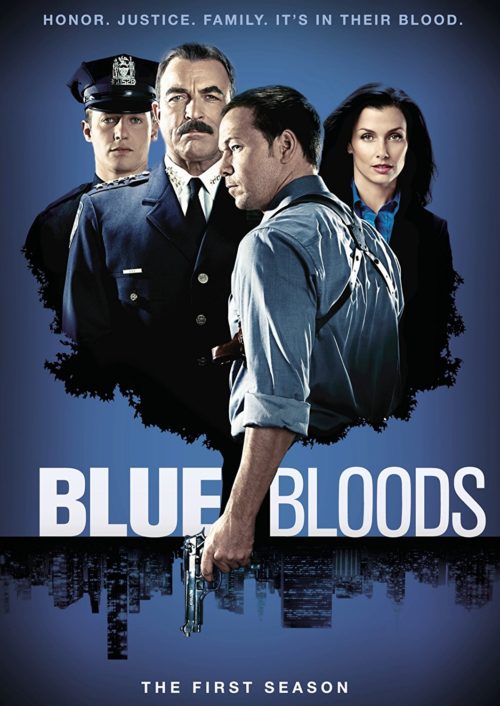 I get asked a lot about his house on that show, too, and tracked it down.

It’s in the Bay Ridge neighborhood of Brooklyn. According to records it was built in 1930. 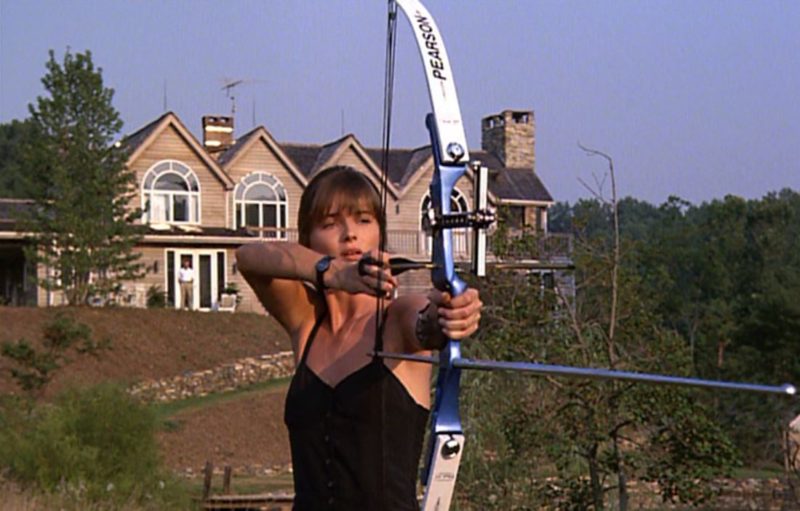 A reader named Karie tells me that her father built the “Her Alibi” house:

The gardens look terrible in the movie, but four years later they were incredible. Living there while the movie was being filmed was awesome for a 10 year old. It was hard to say goodbye to the house. It was a warm, welcoming, loving home to all who entered it.

In the great room we used to hang an 18′ Christmas tree from the ceiling and use scaffolding to decorate it. We’d have tons of people over to help and mom loved cooking on the amazing stove.

The walls and beams were my jungle gym. My hand prints and name are in an old wall we used to call the secret passage. I loved it so. I still do.

It was a place safe for people and animals alike as we often had many rescues from cats to donkeys and even people. It was special indeed. 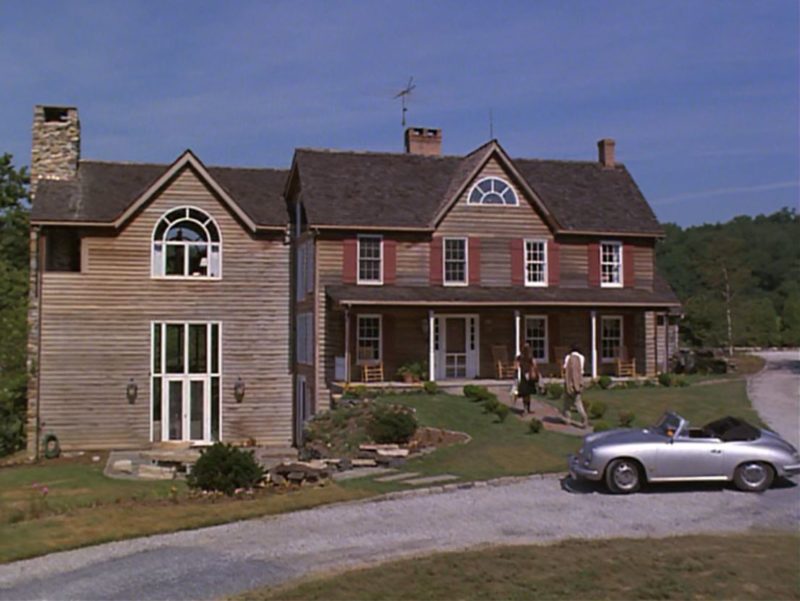 Another family member named Kate also contacted me and said:

It started as a small, unremarkable, and crummy little farmhouse, and the transformation was amazing. My brother did most of the work himself.

He and his family lived there throughout filming. He has a lot of great stories about it. Whoopi Goldberg, who was dating someone involved in the production, was there a good bit of the time. The fire scene was a near disaster. And one of his daughters taught Paulina to juggle.

During the screening we went to, when the detective looks around and says, “nice house,” all of us family and friends cheered for about two minutes. 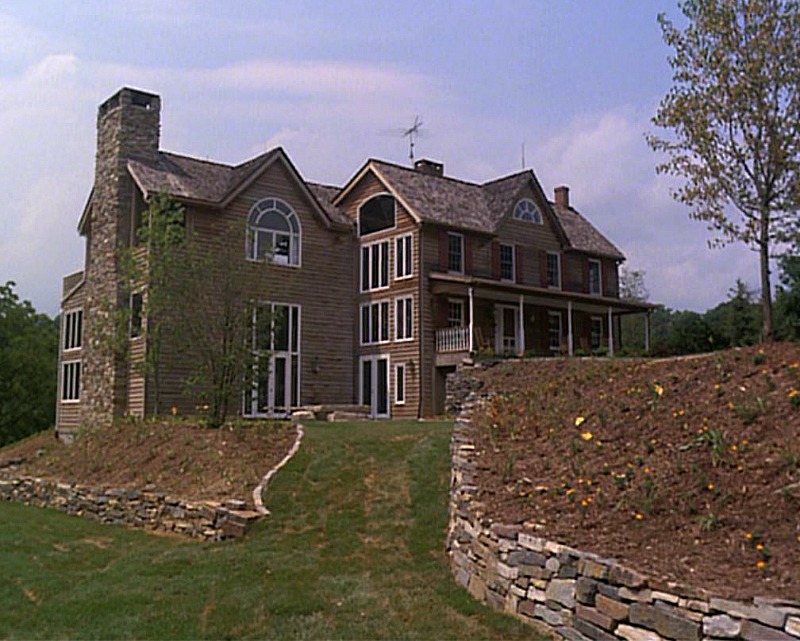 Thanks to Kate and Karie for sharing their stories with us!

For more photos and information about 12500 Ivy Mill Road,