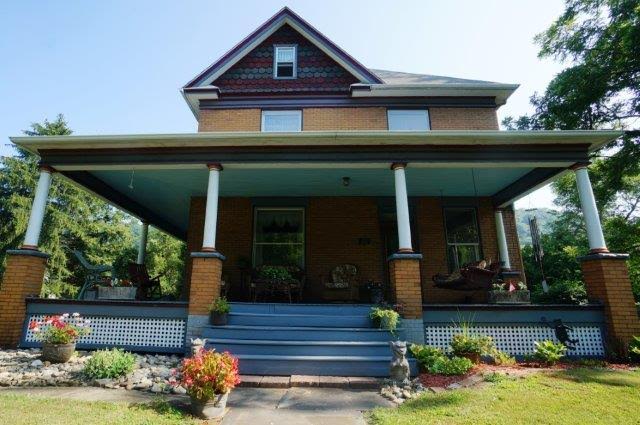 This three-story Queen Anne Victorian was serial killer Buffalo Bill’s house in the 1991 movie The Silence of the Lambs. It sits on nearly 2 acres in Pennsylvania along the Youghiogheny River.

Kristie Forsman of Berkshire Hathaway HomeServices tells me, “To add to the spook level of this home, you can only access it through an historic and very rare steel truss, one-lane tunnel bridge. You literally have to pull over and look through the tunnel to make sure no one is coming on the other side of the tunnel.”

I’m sure you’re wondering, so let me reassure you upfront: there’s no dungeon-like basement in the real house. Those scenes were filmed on a soundstage. Many of the other rooms inside the house were used for the movie, however, and are easily recognizable today.

The house is on the market, so let’s compare how it looked in the movie to the listing photos!

“The Silence of the Lambs” House For Sale 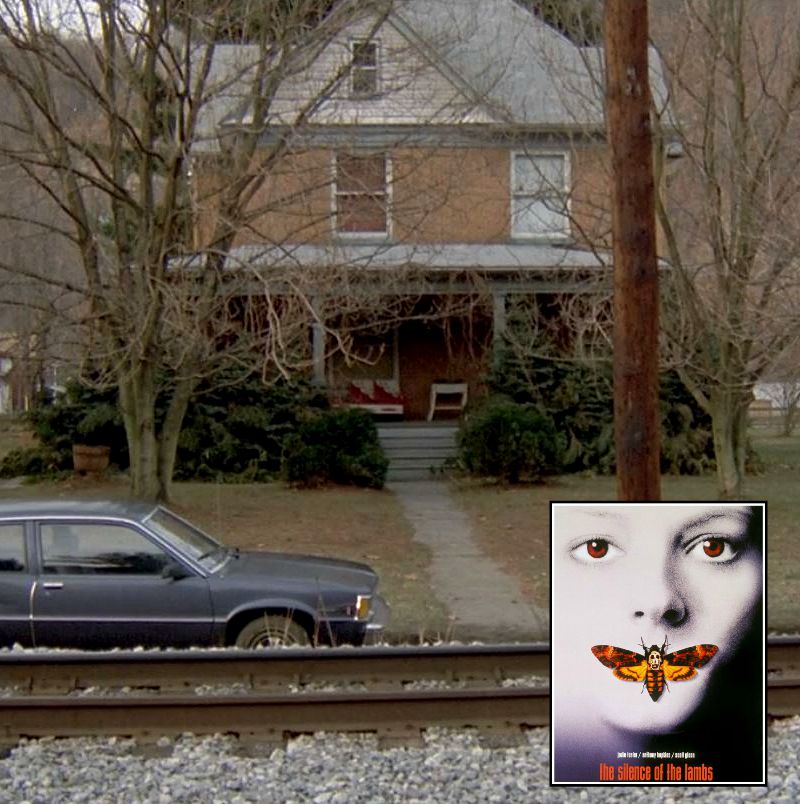 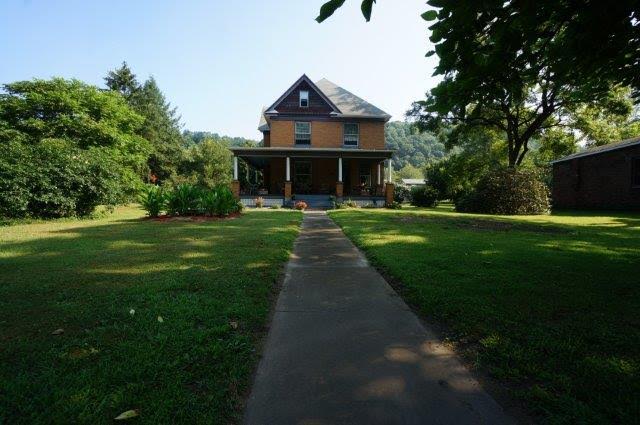 The three-story Victorian was built in 1910. Current owners Scott and Barbara in 1976 and were married in the foyer. 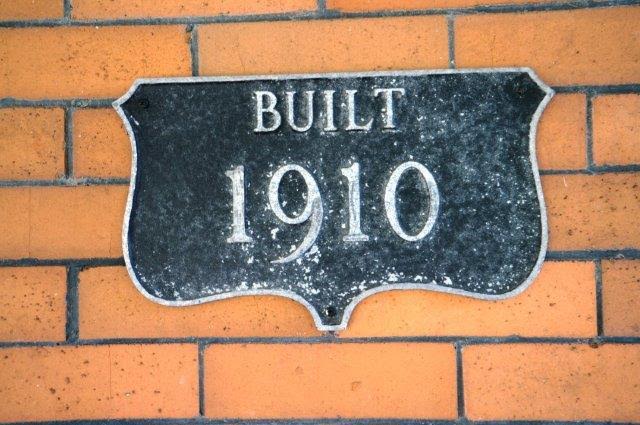 A movie producer knocked on their door one night as they were eating dinner and asked if she could take some pictures.

“They were looking for a home in which you entered the front door and had a straight line through,” Barbara told the newspaper Trib Live. “They wanted it to look like a spider web, with Buffalo Bill drawing Jodie Foster into the foyer, into the kitchen, then into the basement.” 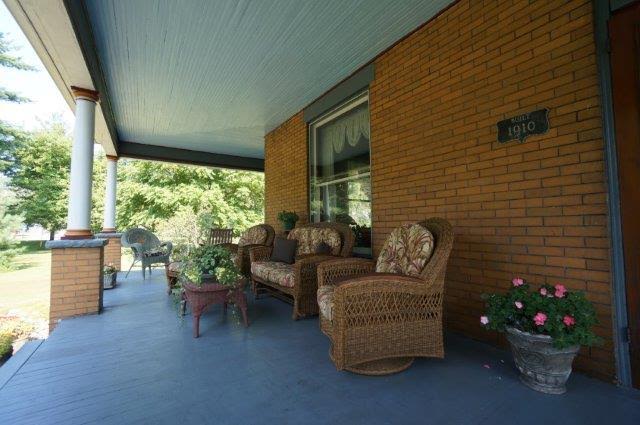 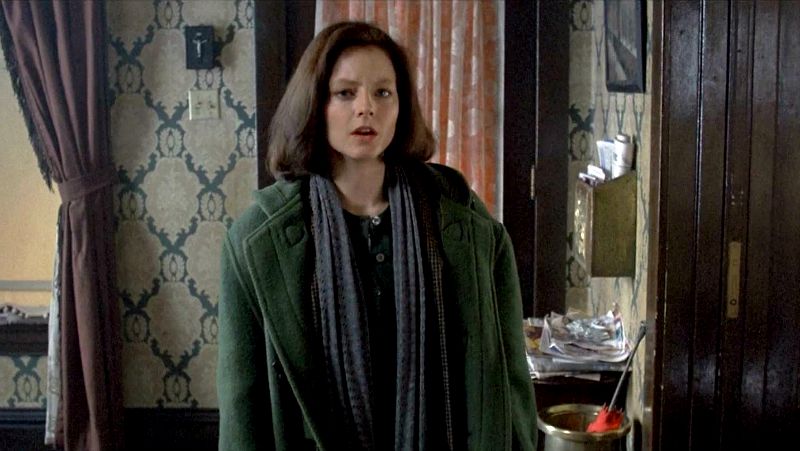 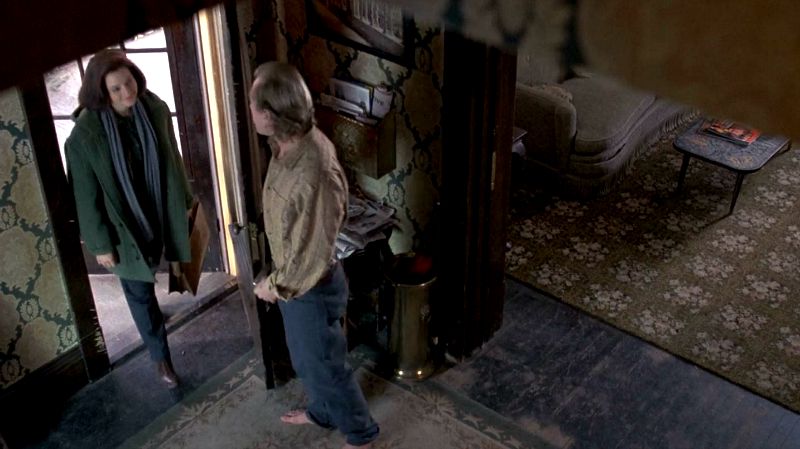 The foyer in the listing with oak-paneled walls: 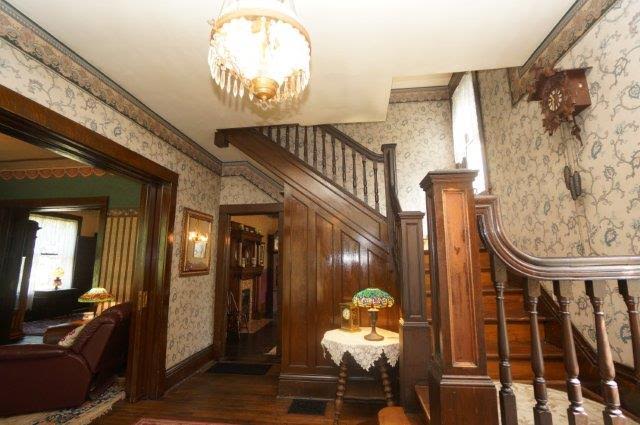 It took a production crew about six weeks to prep the house for filming and three days to shoot. 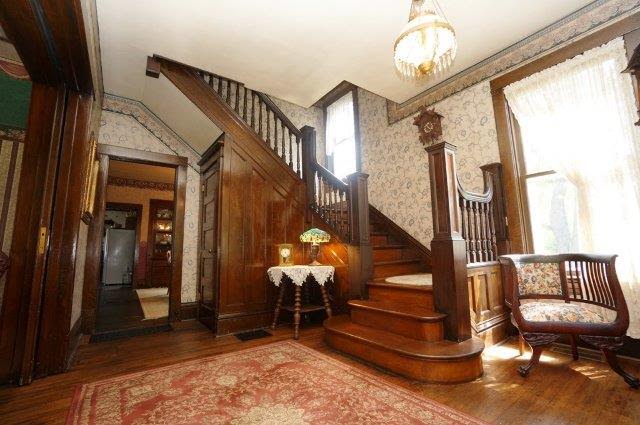 The Dining Room in the Movie: 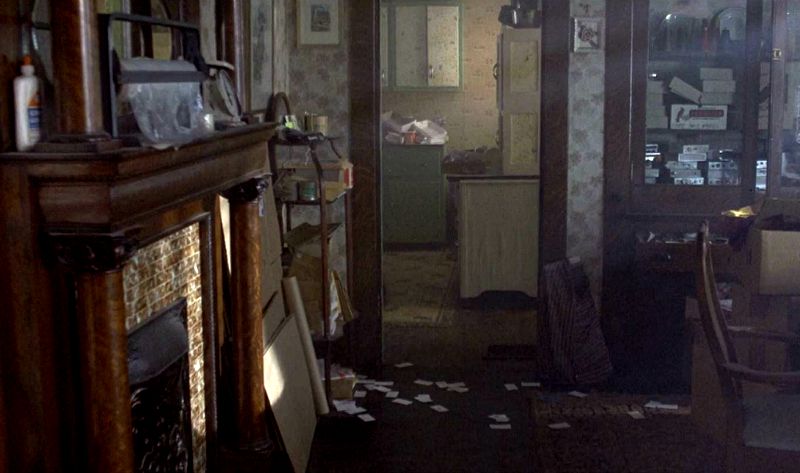 You can see the same fireplace and china cabinet in the listing: 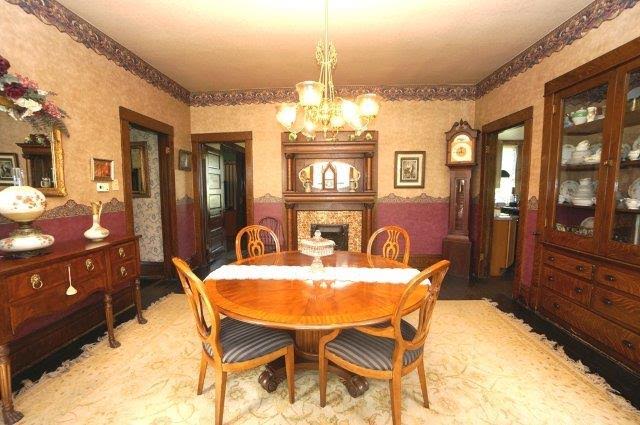 The kitchen in the movie: 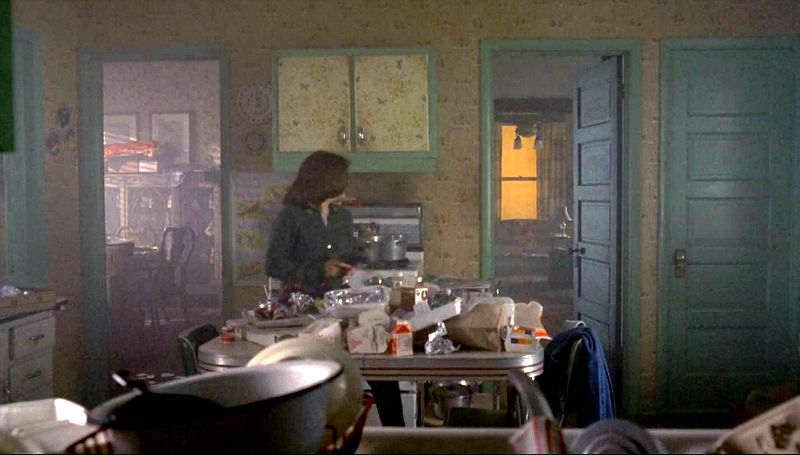 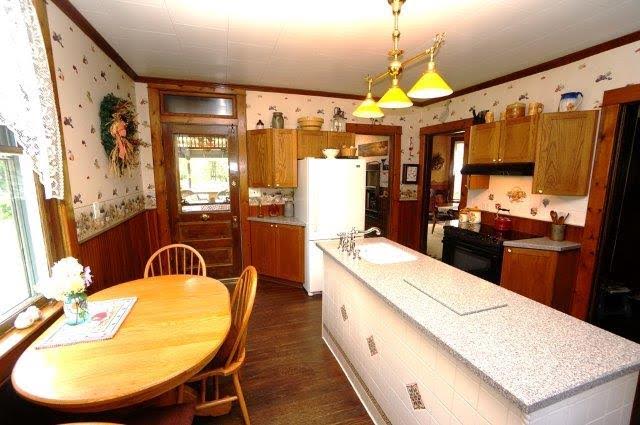 Kristie tells me, “The home was built in 1910 and still has been basically unchanged. Most of its interior elements are original: unpainted plaster walls, windows with distorted glass, hand-grained woodwork, southern pine floors, built-in cabinetry and the grand staircase.” 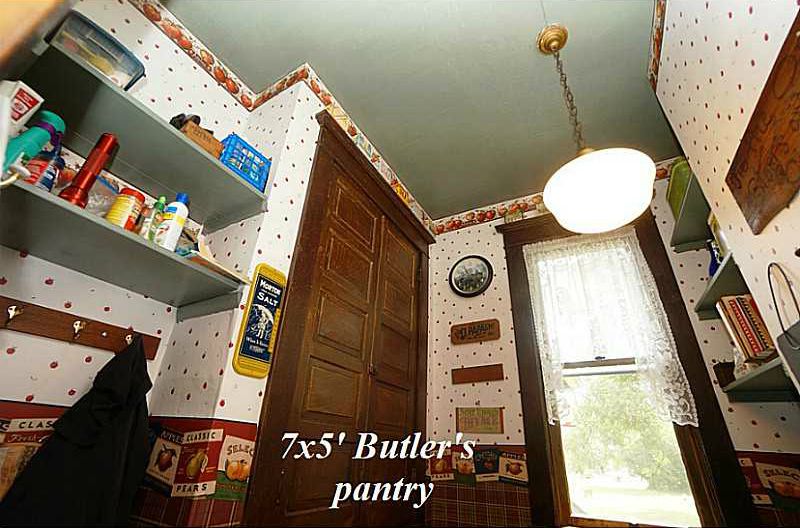 The house has 4 bedrooms: 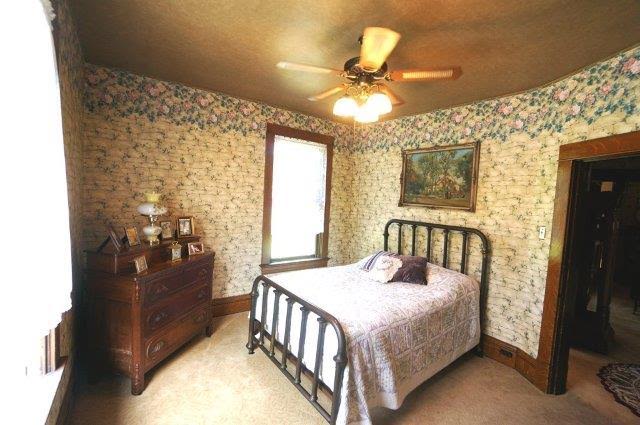 Realtor Dianne Wilk says she wouldn’t be surprised if someone turned it into a horror-themed bed and breakfast or something: “People love to be scared. I could see somebody doing something fun with this.” 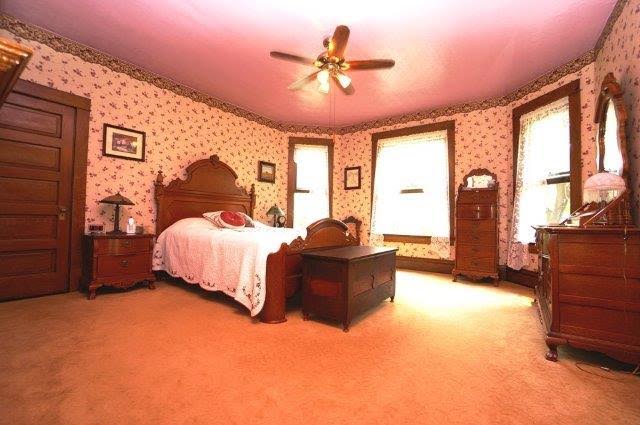 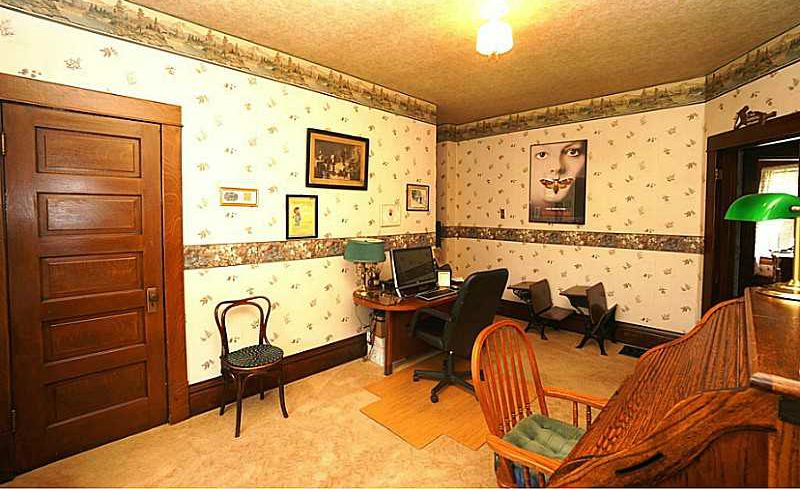 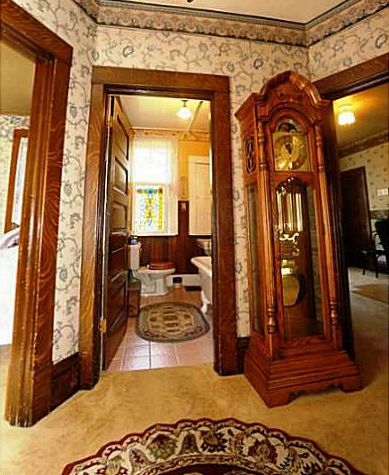 Working gas fireplace in the “Winter Parlor” and door to the rear staircase: 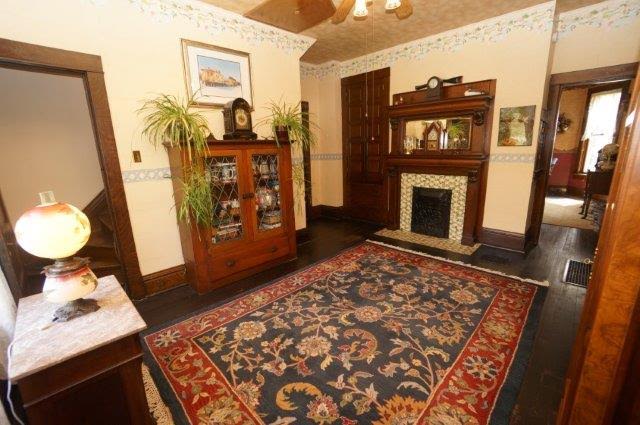 Dome-shaped gazebo on back of the house: 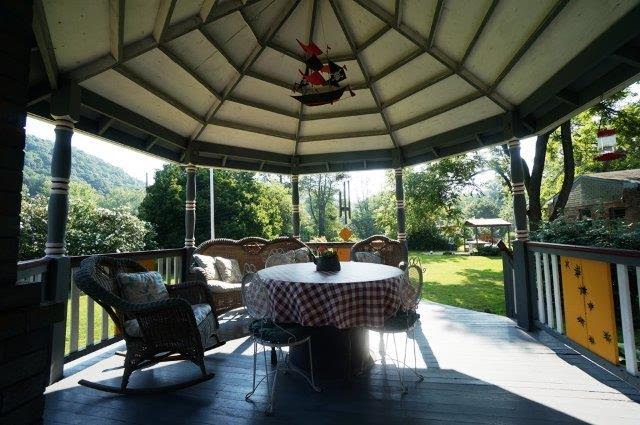 An original Chessie System caboose doubles as the pool house: 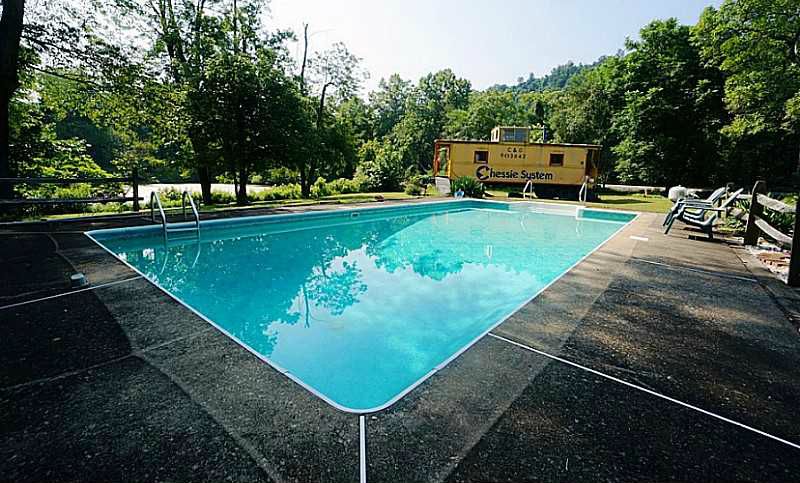 “It’s rather bittersweet,” Barbara says. “We got married in this home, we raised our son in this home, but we are ready to move on.” 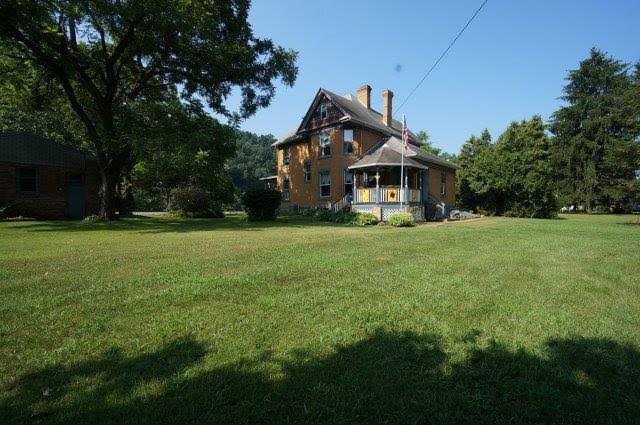 Thanks to Kristie Forsman of Berkshire Hathaway HomeServices for telling me about it.

For more photos and information, check the listing and Trib Live.

the ones from Beetlejuice, Edward Scissorhands, and Hocus Pocus. 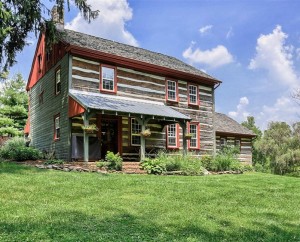