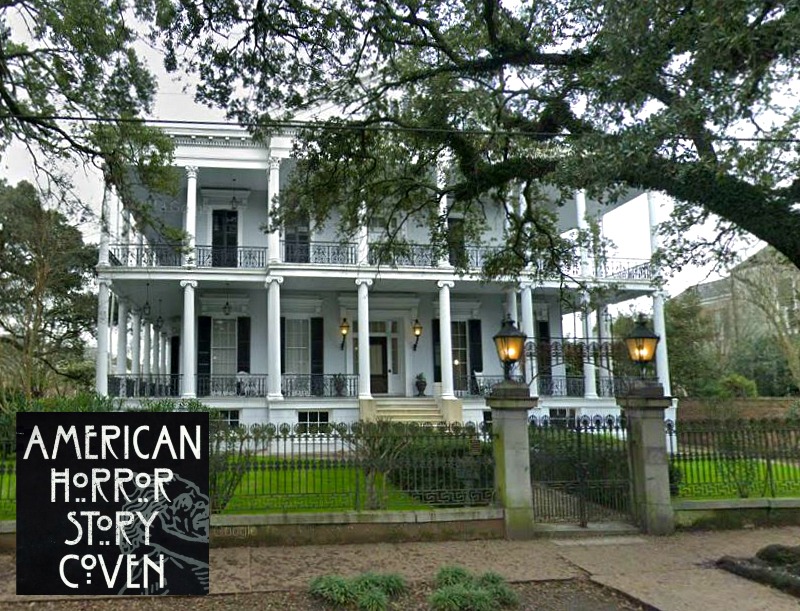 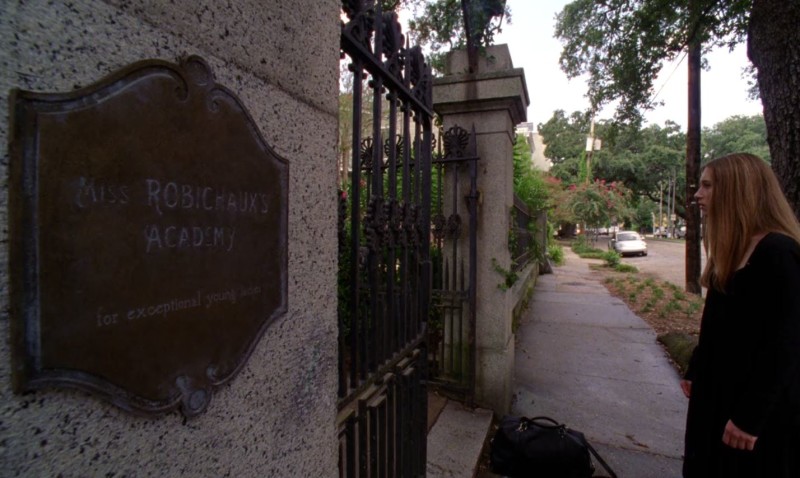 The exteriors were filmed at Buckner Mansion, but the interiors were created on an 8,000-sq-ft soundstage. 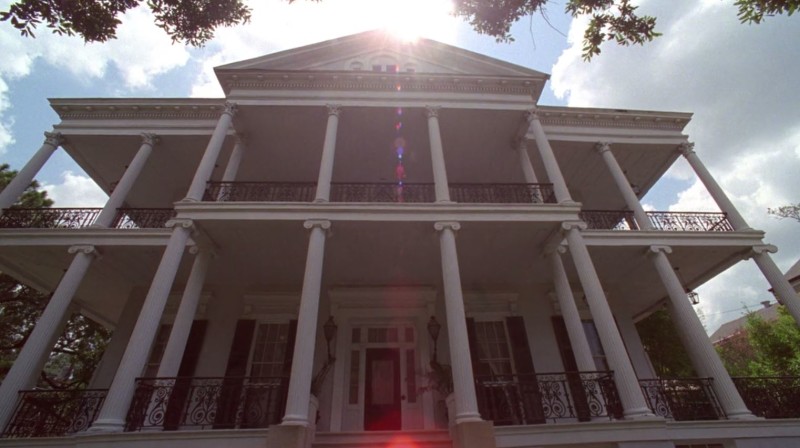 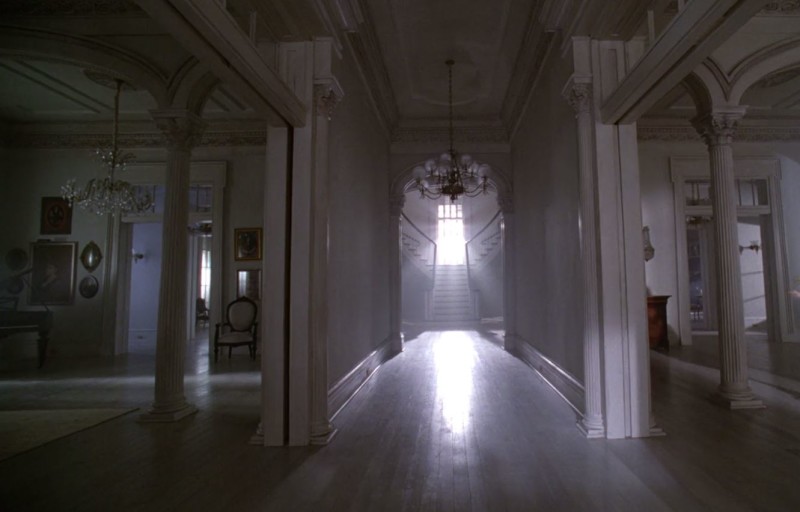 Ryan Murphy says, “Last year was so dark and grim and hard and I loved it, but this year was designed to be more, I think, fun. I wanted this year to be more light.”

That’s the idea that dictated how the rooms should look. 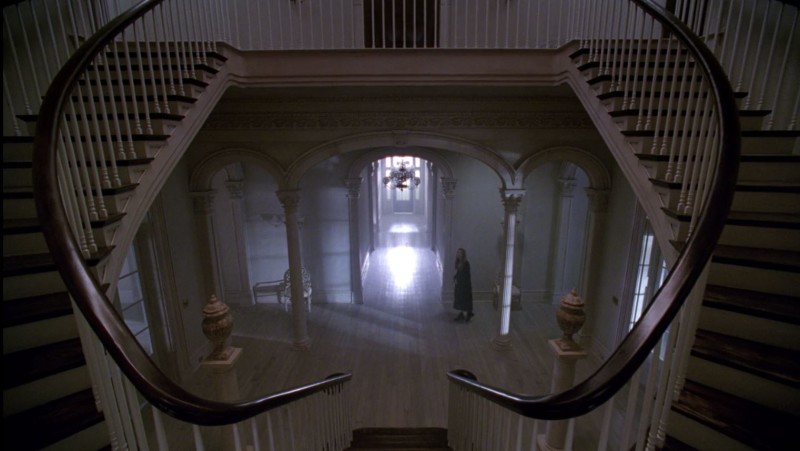 We knew we wanted the rooms to be light in tone.

So we came down to New Orleans and the idea was to find an old antebellum mansion in the Garden District, a Greco-Roman revival, which starts from a base of being lighter.

I started pulling research (of) interiors that had a lot of white walls, white floor, lighter tones with darker furniture, creating contrast. 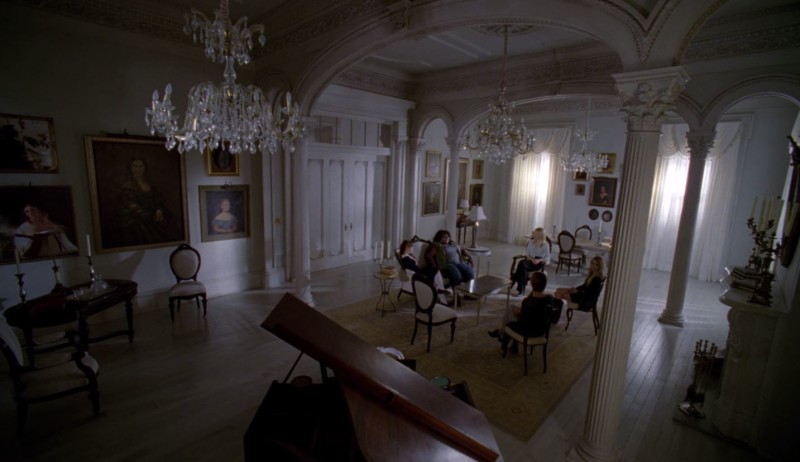 They built a working staircase with a real second floor for the “Coven” sets. 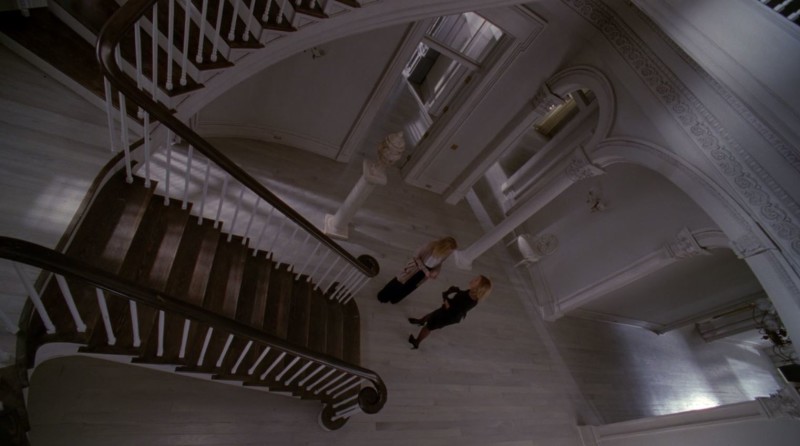 Upstairs hallway with the girls’ bedrooms: 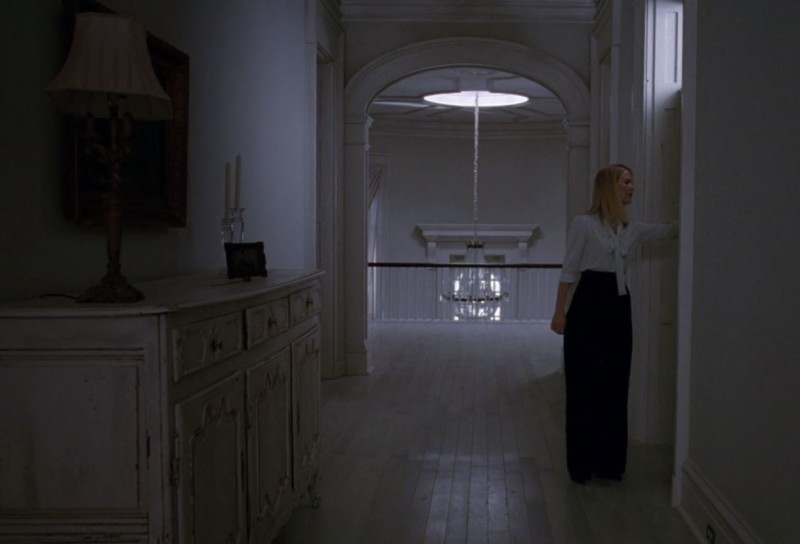 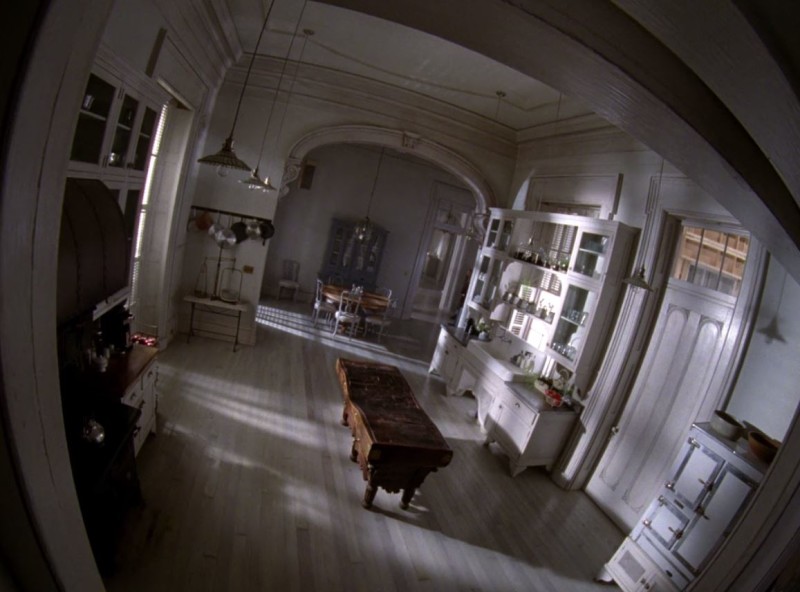 Not sure I’d want to eat any food served off that “kitchen island.” 😉

Jessica Lange plays Fiona Goode, the Coven’s “Supreme,” who is the head of the Coven. Definitely not someone you want to cross! 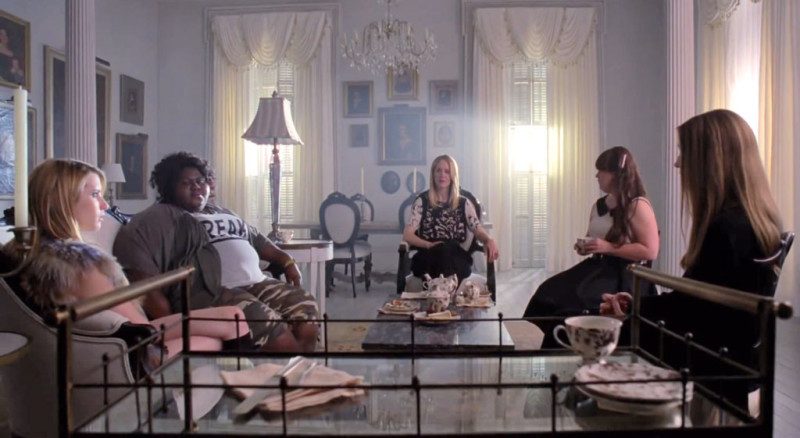 The real house is in the historic Garden District of New Orleans and was built in 1856 by cotton magnate Henry S. Buckner.

Buckner Mansion used to be a school, too, although it wasn’t for witches. From 1923-1983 it was the site of Soulé Business College.

The mansion is now a private residence you can rent for special occasions. 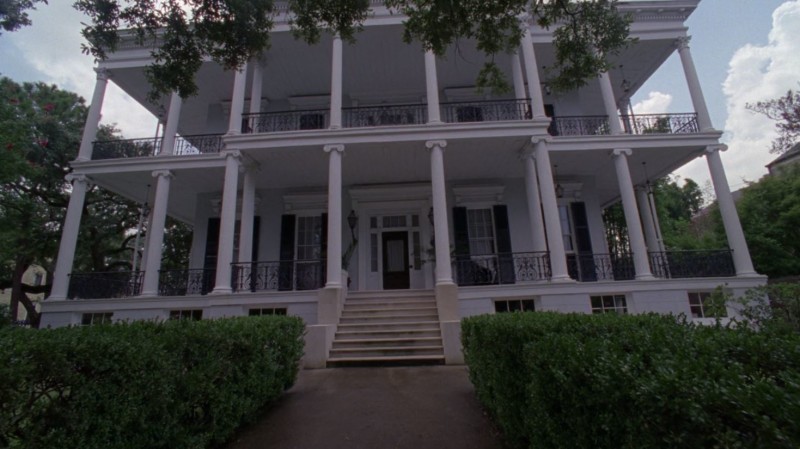 It is 1853. Cotton is King, New Orleans is the center of the universe, and you are Henry Sullivan Buckner. You commission renowned architect Lewis E. Reynolds to build the most beautiful and magnificent mansion in the very heart of New Orleans’ Garden District. The result is one of the finest examples of Southern antebellum architecture, having a scale of elegance from the 19th Century that is rarely found. 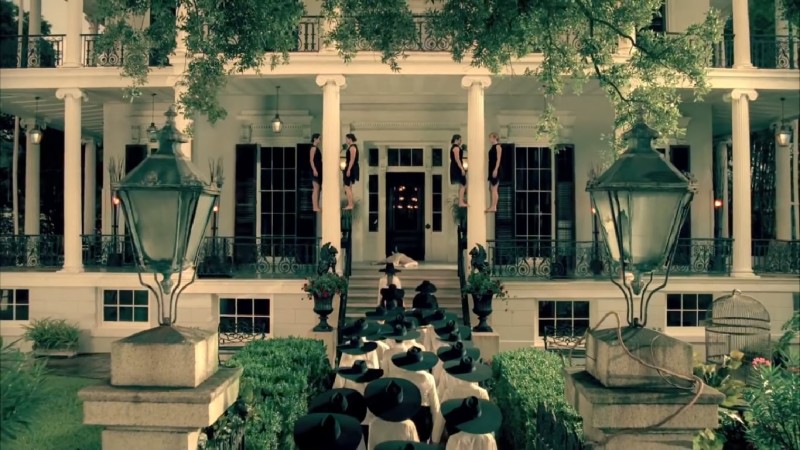 Set designer Mark Worthington didn’t think the real house would work for the show because the proportions were “a little odd” with “long and narrow and tall” rooms for filming.

Instead of filming on location, the sets were built on a soundstage. 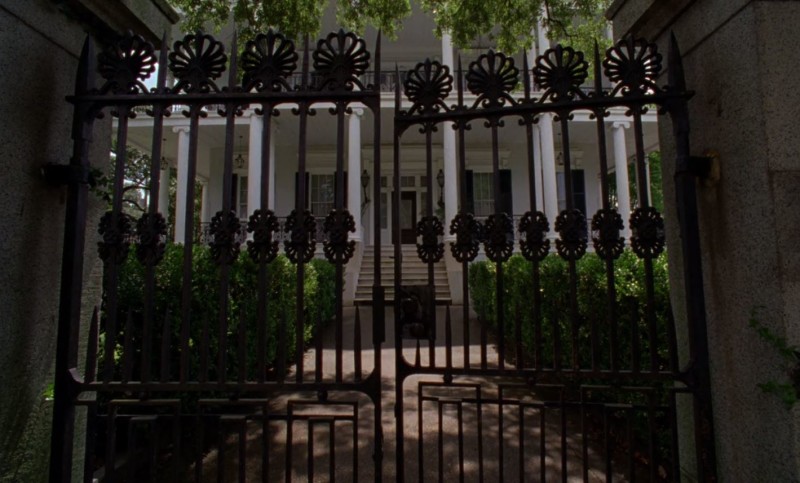 For more photos and information about Buckner Mansion and the “Coven” sets: 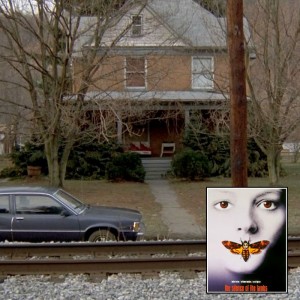 Previous Post
Buffalo Bill’s House from “The Silence of the Lambs” For Sale
Next Post
A Look Back at the Cohen Family’s House on “The O.C.”