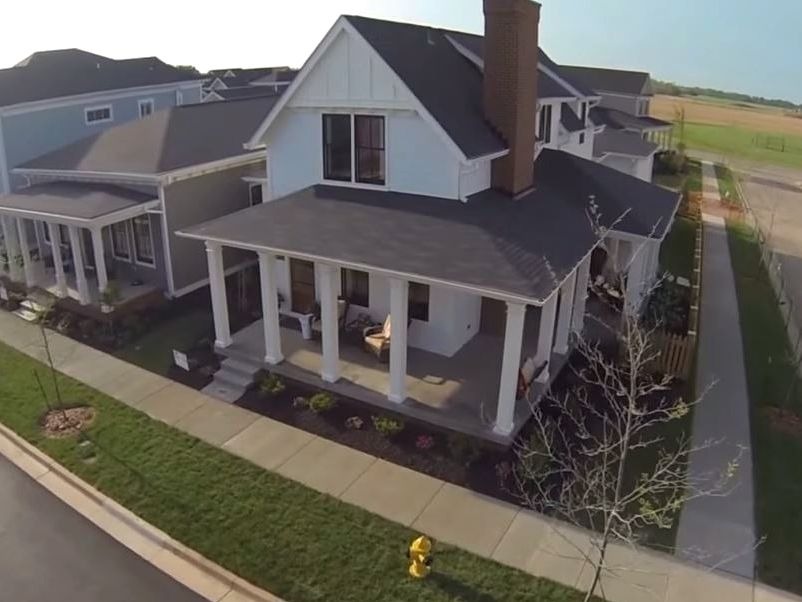 Remember when I tracked down a handful of houses built around the country with the same popular Sugarberry Cottage floor plan?

I just heard about another version of the house built in Prospect, Kentucky, from its owner.

This one has the same modern farmhouse look as others that used the popular floor plan, but they customized it with some changes here and there. It’s fun to see how everyone designs their Sugarberry Cottages to look a little different.

Chris, the homeowner, says, “It has a 3 car attached garage as well. My wife and I were inspired by Southern Living’s Sugarberry cottage articles and had architect Dan Grimm draw up the plans to our specifications, and had David Weis and his team at Meridian build it.”

Instead of a screened porch on the side as most Sugarberry Cottages have, this one was left open, but the homeowners plan to finish it someday. It offers an additional 200 sq ft of outdoor living space.

Because the lots are small in this neighborhood, the homeowners told me they paid extra for a corner lot they could fence in for their Shih Tzus named Rambo and Roslyn.

There are also three dogs parks within the neighborhood where they can play and meet other dogs.

The house was built in the Norton Commons neighborhood in Prospect, Kentucky, which has a lot of charming new houses being built in traditional styles like this one.

Thanks to the homeowner for telling me about his cottage! I love seeing different versions of this plan.

Then check out 5 other Sugarberry Cottages built around the country!

Previous Post
Colorful & Cozy: Gosherd Valley Cottage in Missouri
Next Post
Eyesore No More: An Old Cottage in Atlanta Gets a New Look