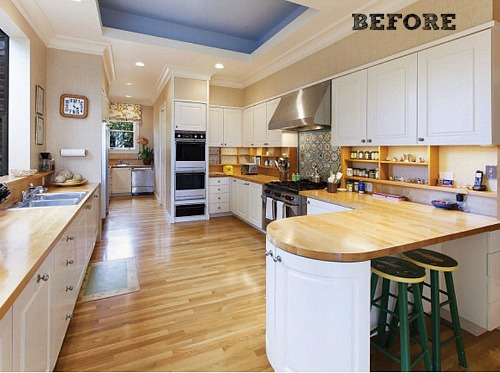 Have you seen House Beautiful’s Kitchen of the Year?

Designer Steven Miller was tapped to “reimagine” the kitchen and adjoining family room in a Presidio Heights estate where the 2014 San Francisco Decorator’s Showcase was held. 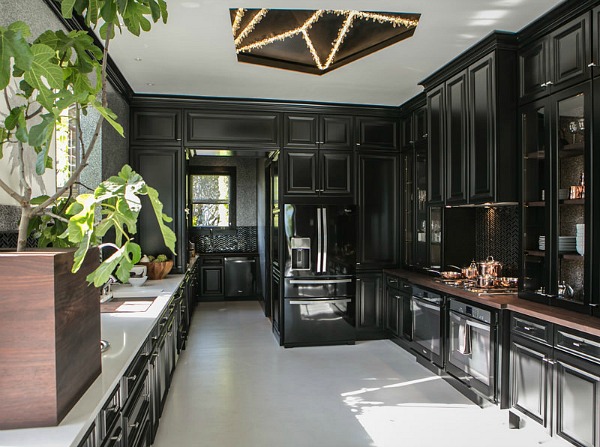 It’s like day and night, going from a casual white kitchen with butcher-block countertops and hardwood floors to a sleek, black room with “Ultra White” painted floors.

What used to be a fairly simple and unassuming room now has glass herringbone tile on the backsplash and reflective wallpaper with mica shavings.

I think it’s interesting that the Kitchen of the Year doesn’t have an island in it. They even removed the little peninsula the room used to have with bar seating.

Miller says he wanted the kitchen to look “Dark and sexy. Black makes you feel glamorous, and this kitchen is built for entertaining. It’s part of a series of rooms, including the family room and a deck, where you can listen to music and sip a cocktail and prepare an amazing meal.”

The ceiling is inset with a rock crystal light fixture, a collaboration with Christopher Boots. Designer Steven Miller says, “It really is a dramatic piece of functional art. And everybody likes a little sparkle.”

The San Francisco Decorator Showcase was held in a house built in the 1920s for Adolph Sutro. You can see how the rest of the rooms turned out on SF Curbed.

with photos by Patricia Chang, James Baigrie, and Nikki Ritcher. 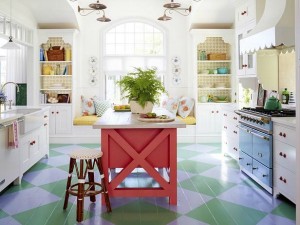 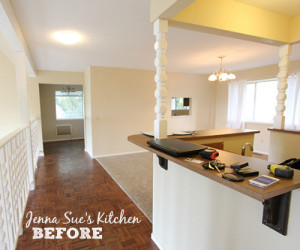