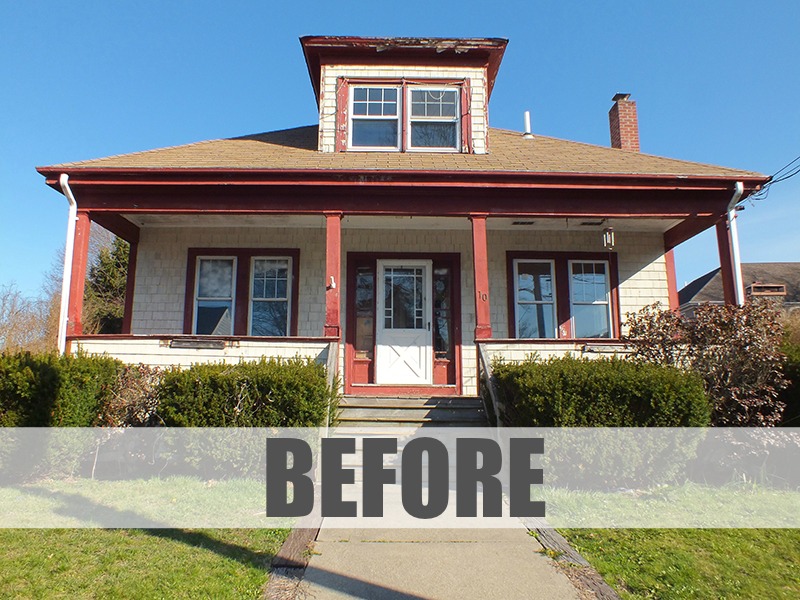 Cathy and Tom of CT Properties Southcoast took on the challenge of bringing this beat-up bungalow in Fairhaven, Massachusetts, back to life.

When he first saw it, all Tom could say was “What a disaster.” Cathy agreed, but she could see its potential and they decided to tackle the project anyway. Keep scrolling to see how it looks today!

Note: This post contains affiliate links that may earn me commission but won’t affect the price.

The Beat-Up Bungalow After Its Remodel: 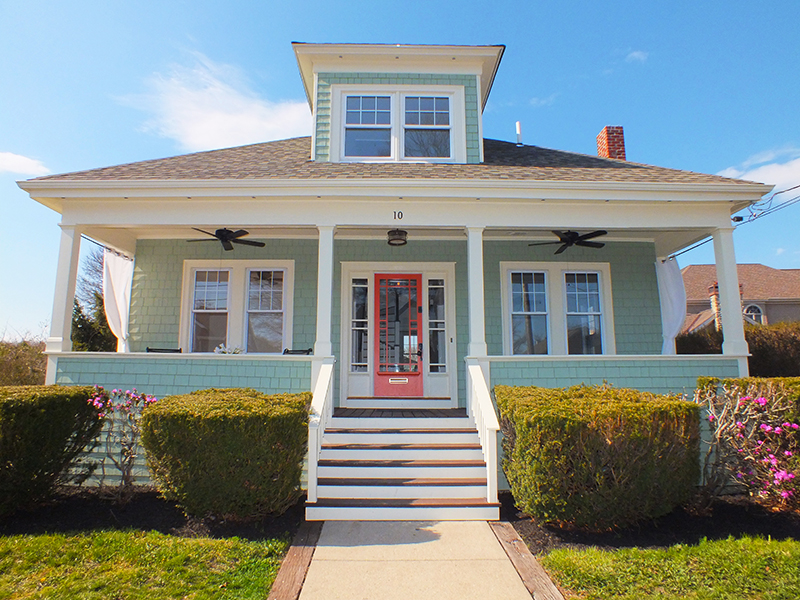 Doesn’t it look happier now? I could swear it’s smiling. 🙂 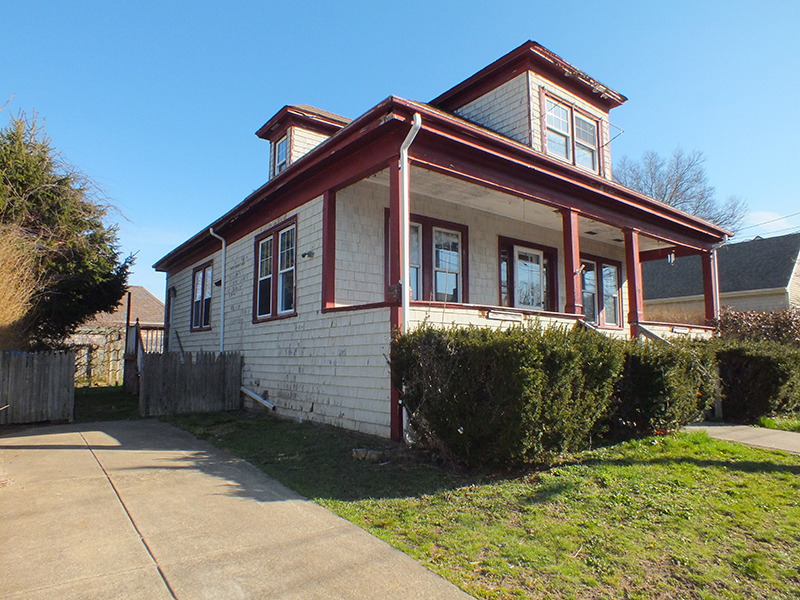 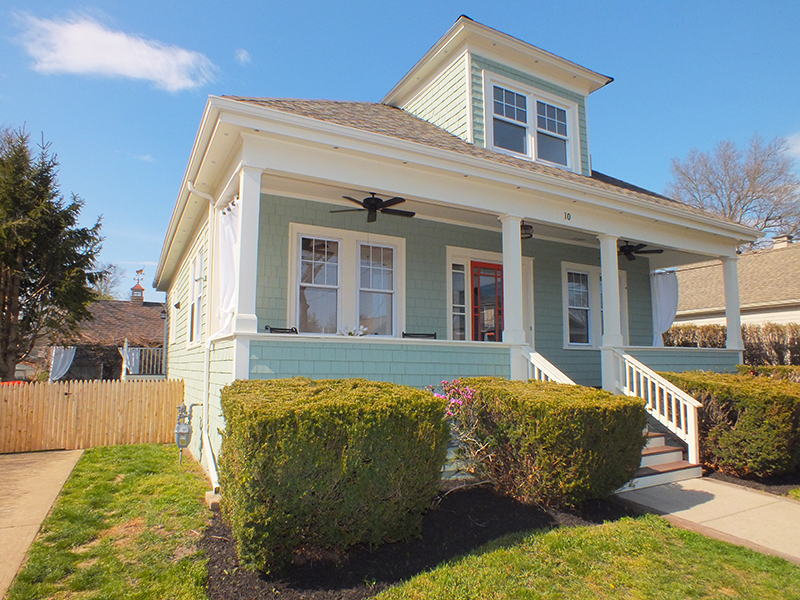 The trim is Sherwin Williams Crème, and the door is Benjamin Moore Chili Pepper. 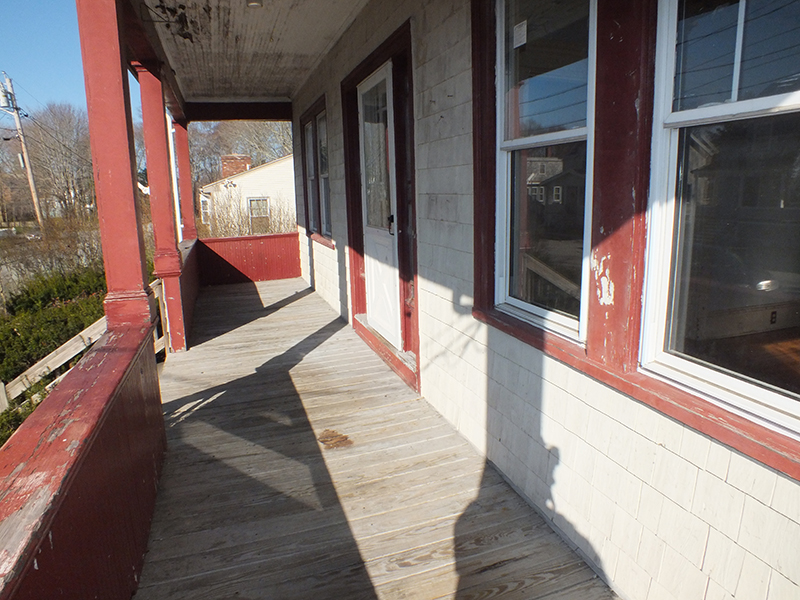 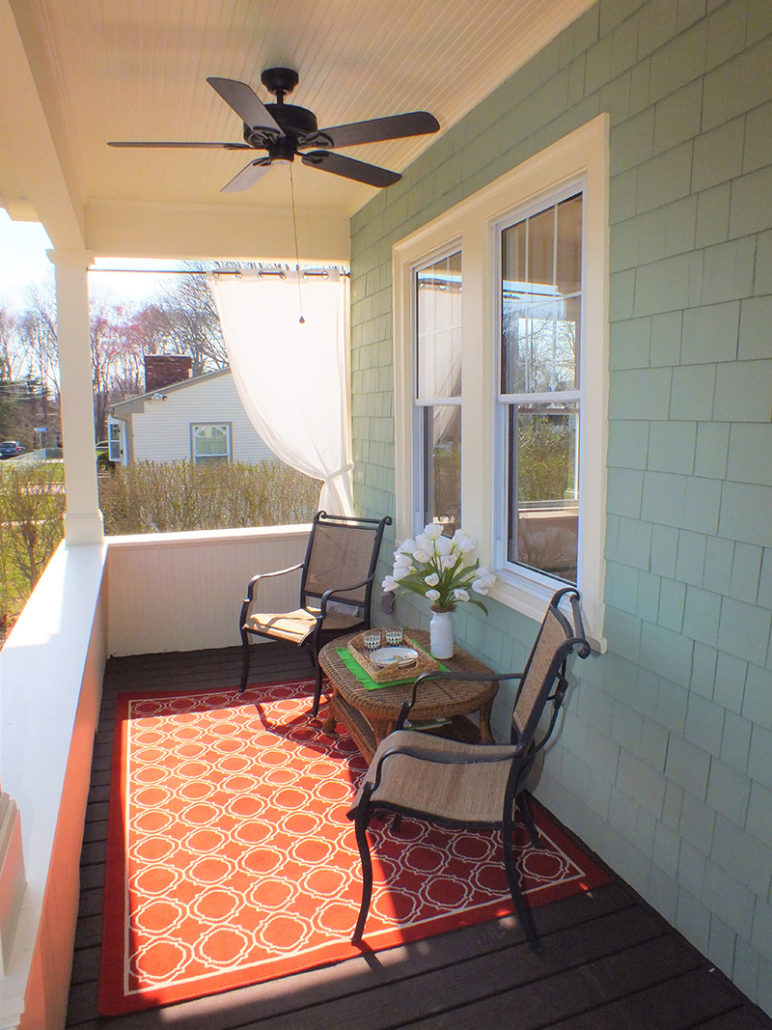 Unfortunately, a lot of the original moldings and details had been removed during prior renovations. 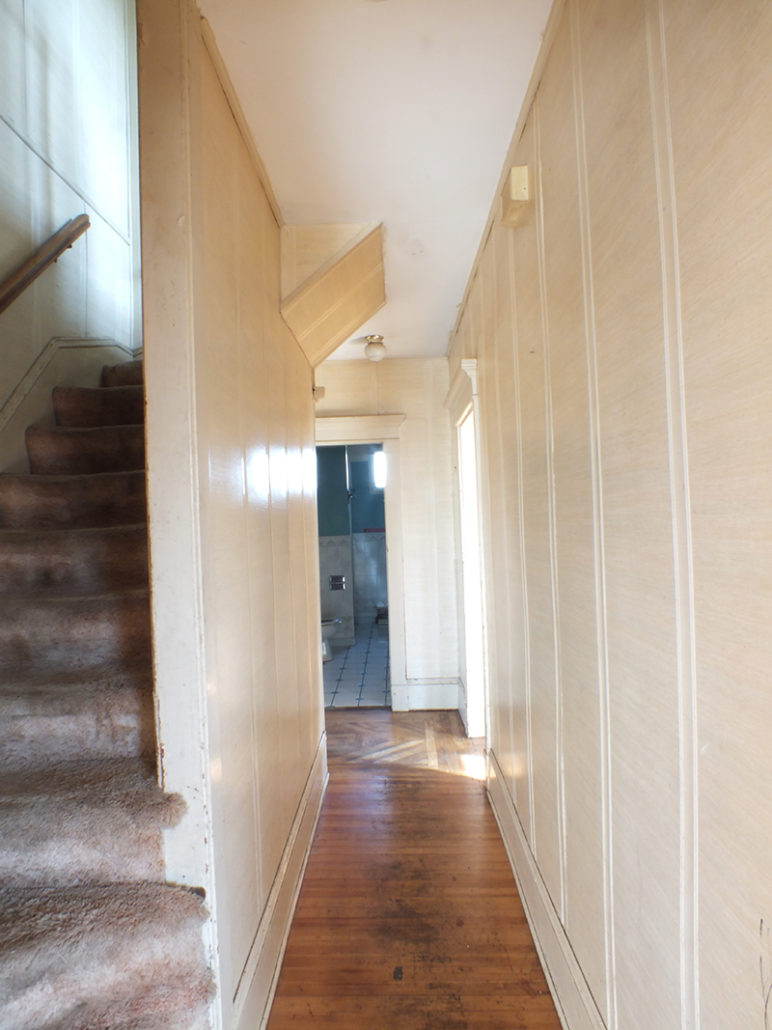 They opened up the staircase, making it a focal point of the hall: 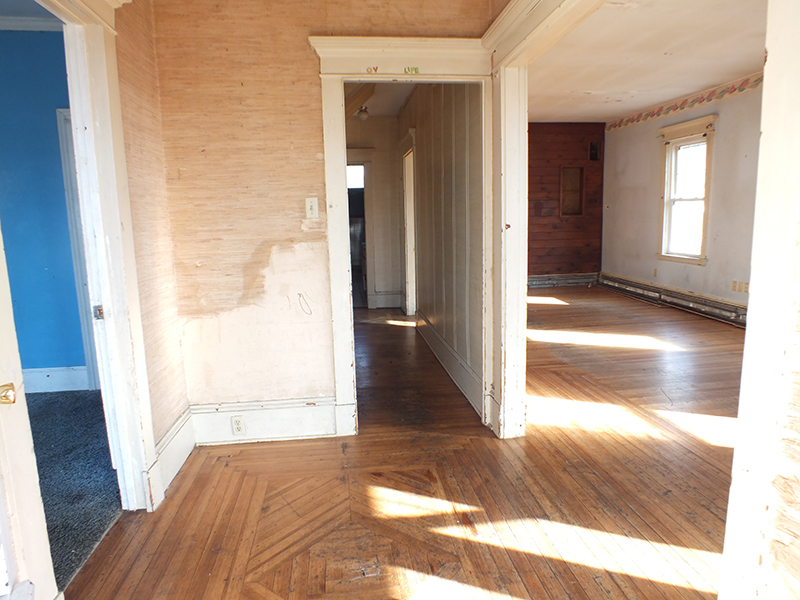 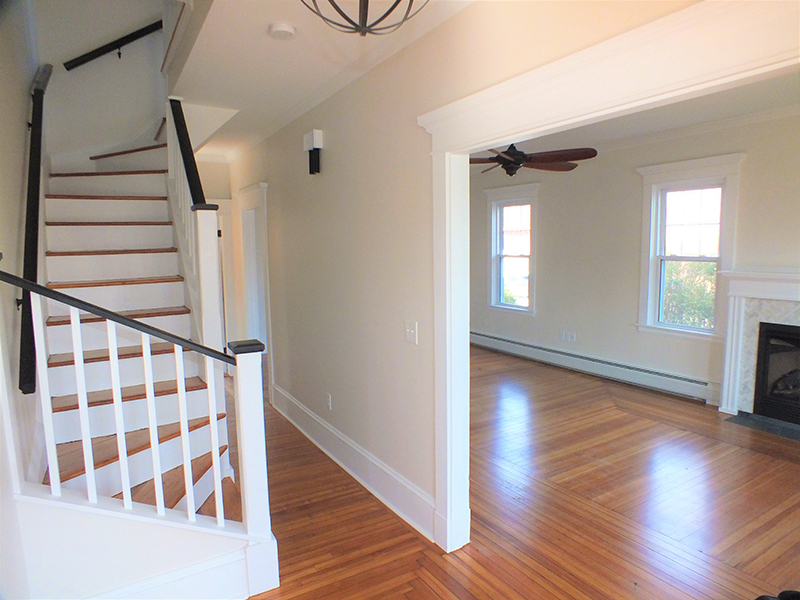 They restored the original floors. 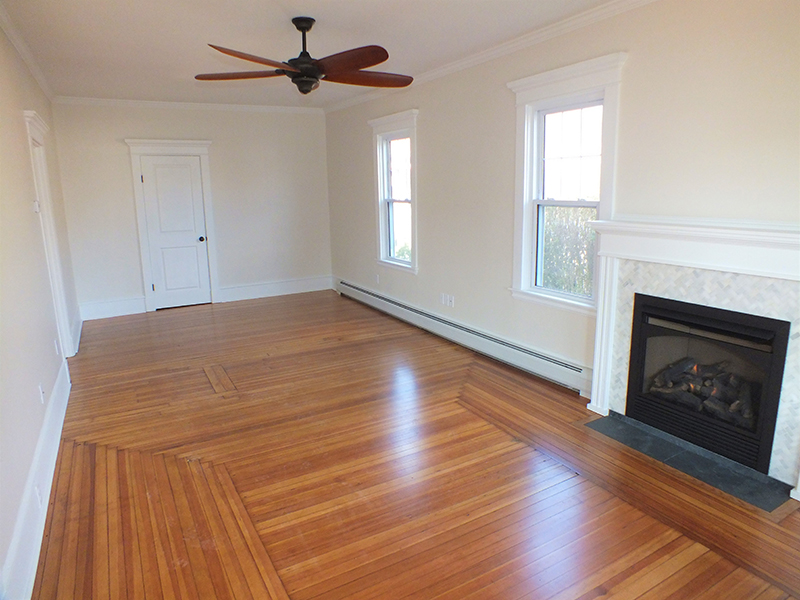 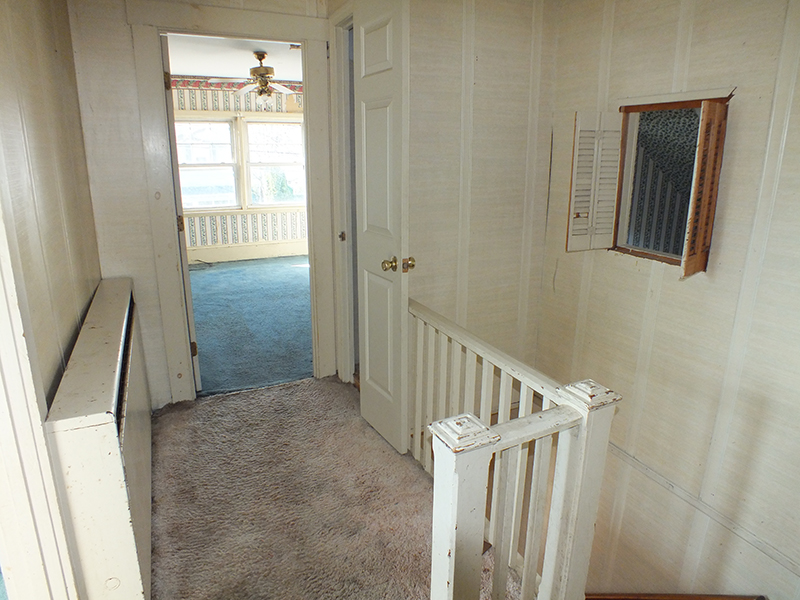 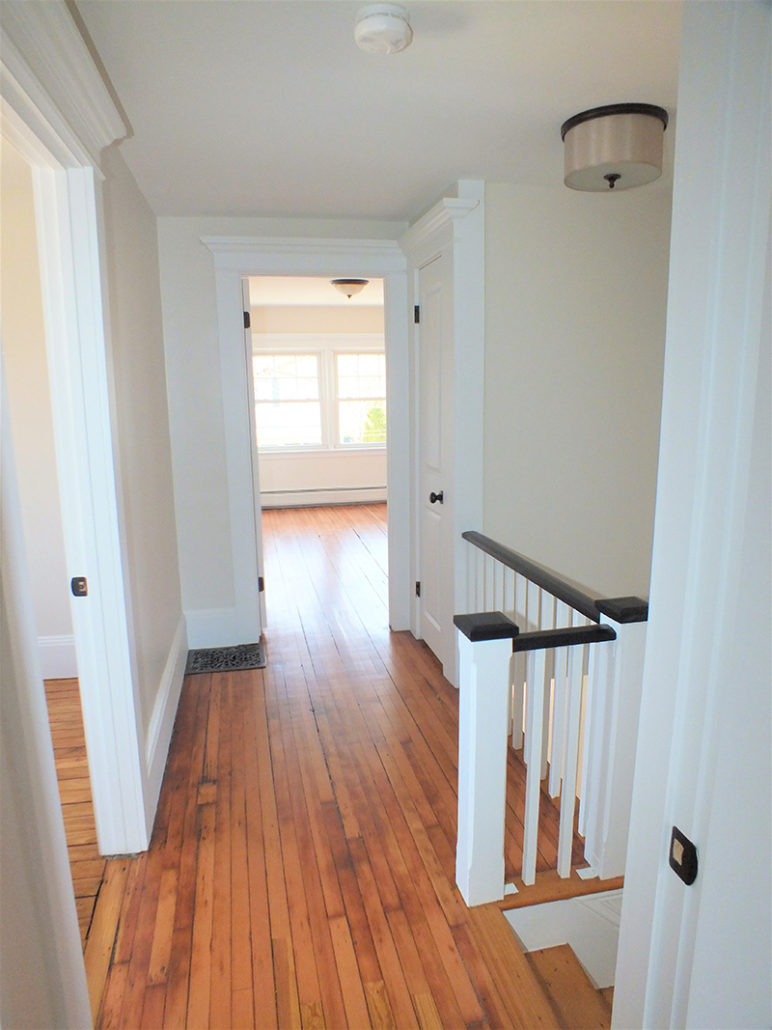 A sweet little nook in one of the bedrooms: 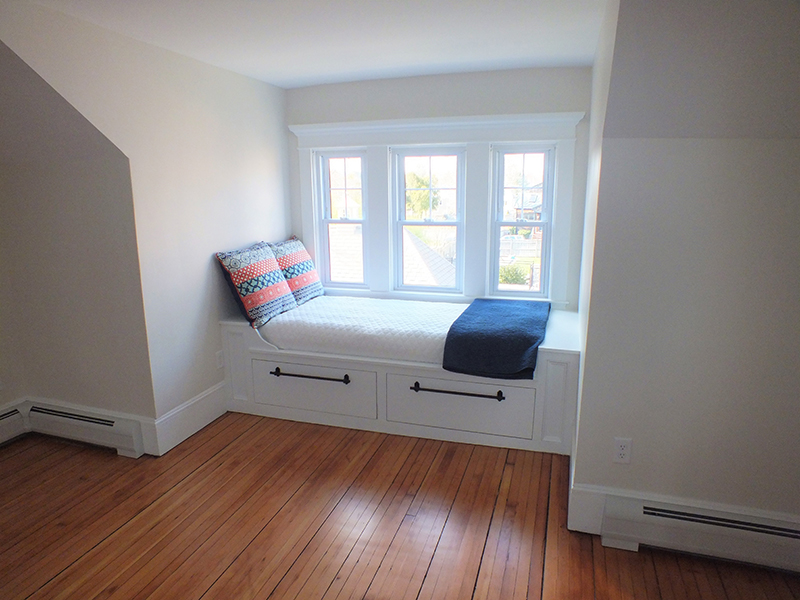 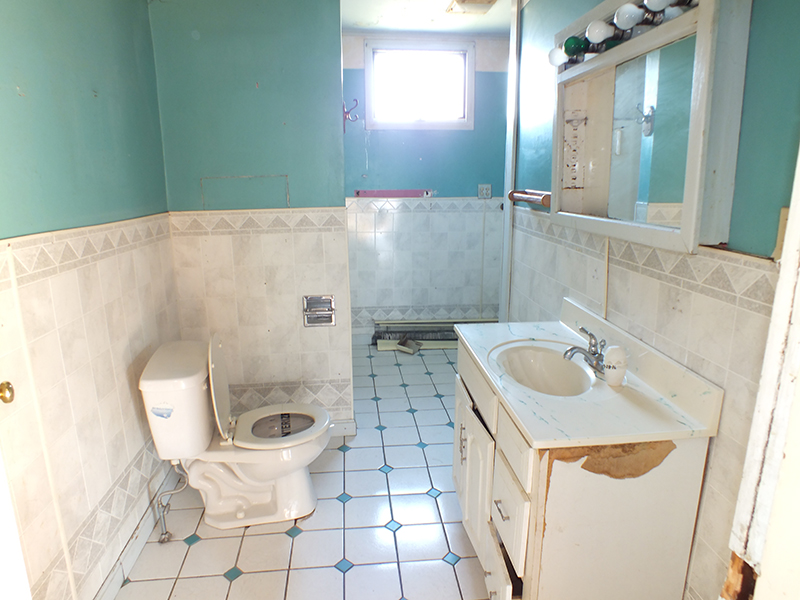 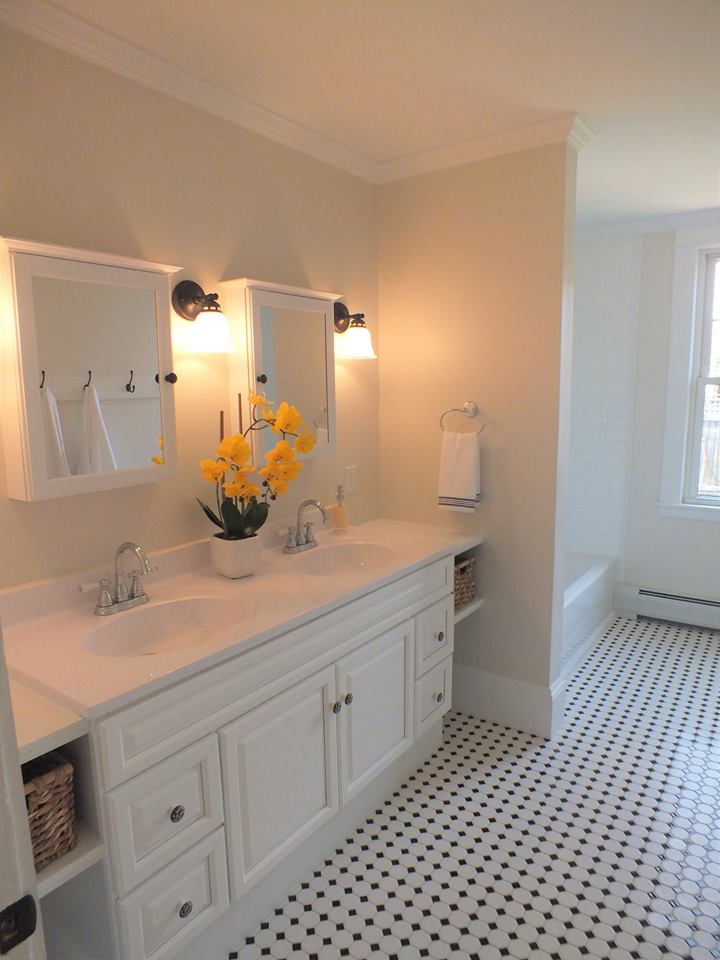 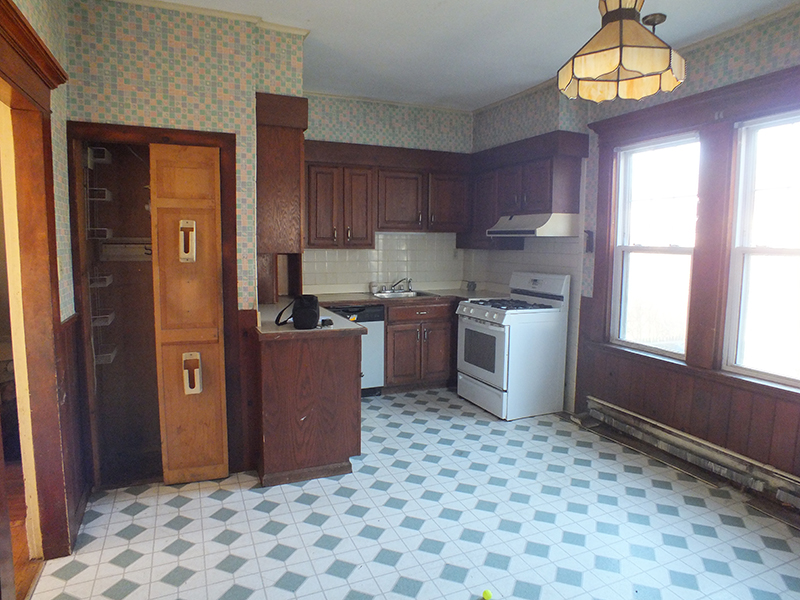 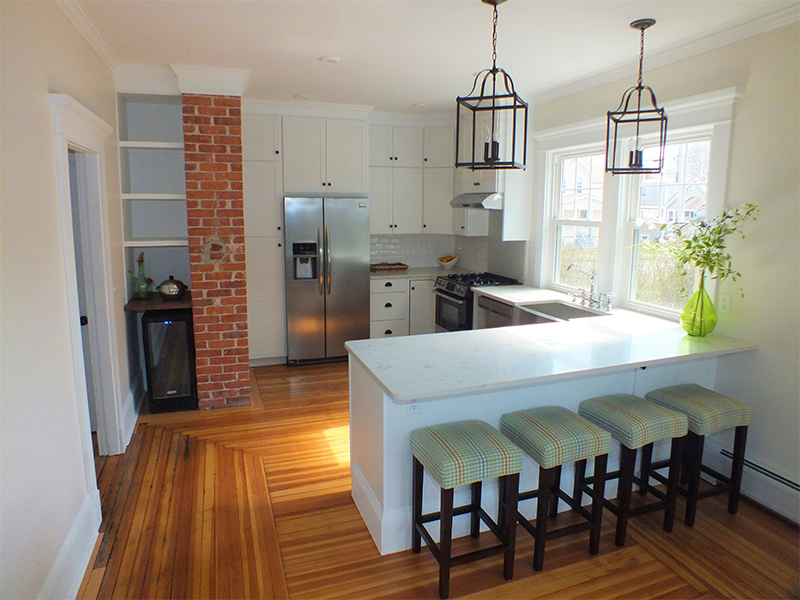 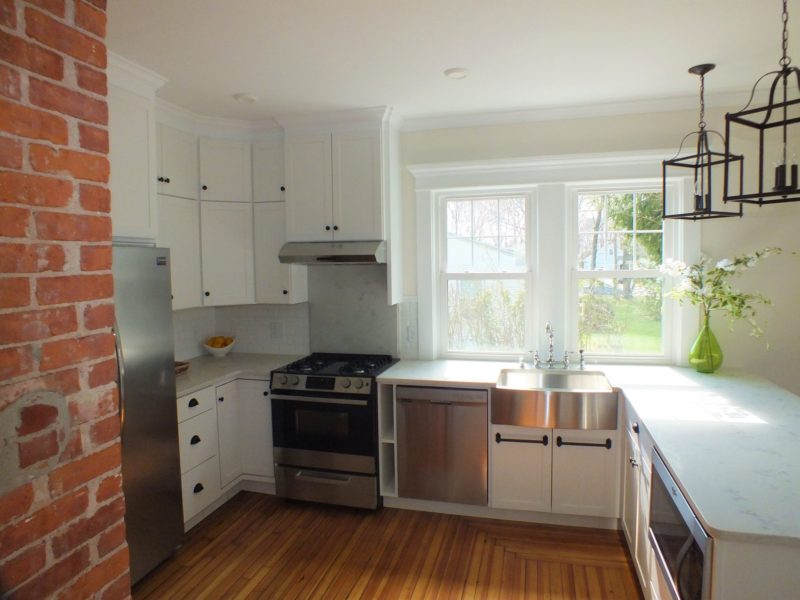 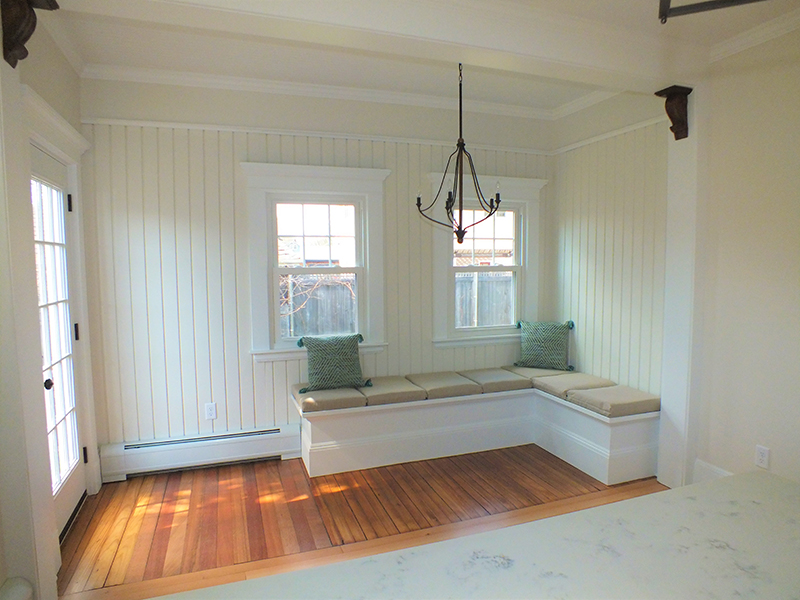 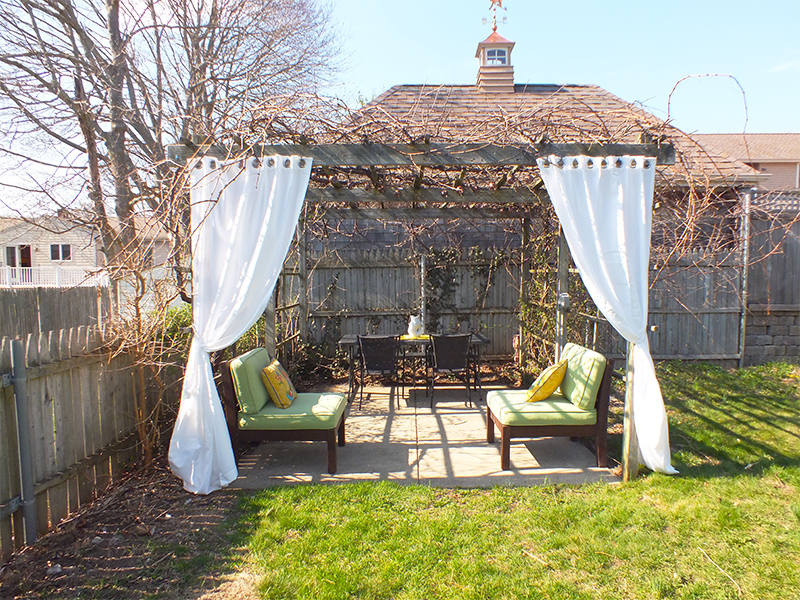 The house was built in the 1920s and was owned by Captain Claude S. Tucker.

He and the house were written about in a book called The Last of the Fairhaven Coasters: The Story of Captain Claude S. Tucker and the Schooner Coral (Amazon affiliate link): 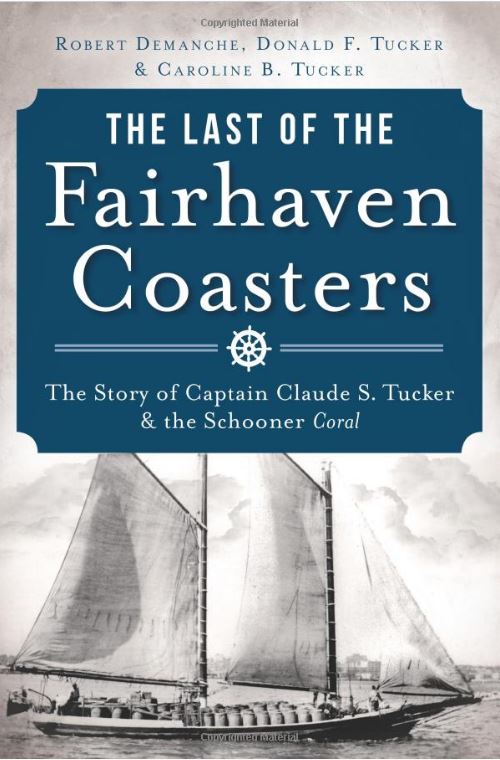 It sits in a different location today, though. Captain Tucker’s son Donald, who co-wrote the book, was born in the house in 1932 and remembers watching the house being transported down Route 6 in 1948 when it was moved to its current location.

Donald Tucker and his wife were given a tour of his childhood home: 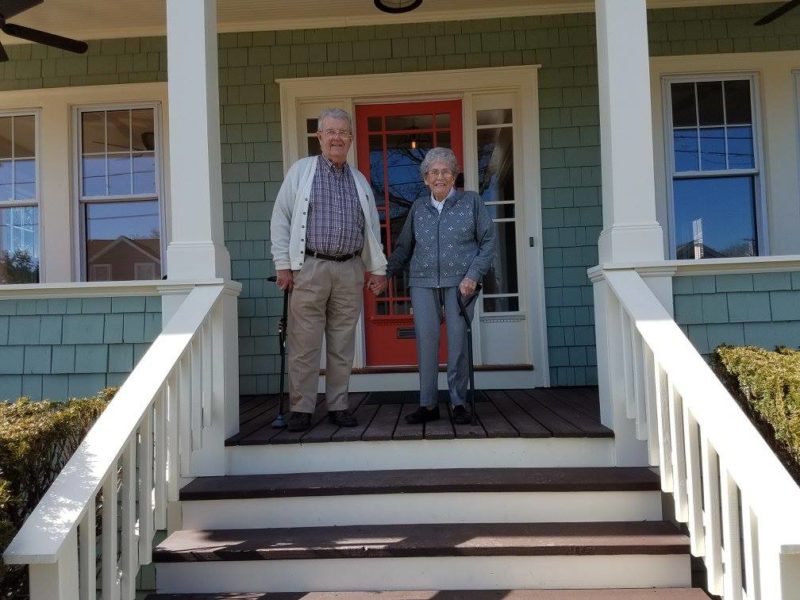 One more look at the exterior of the bungalow before and after: 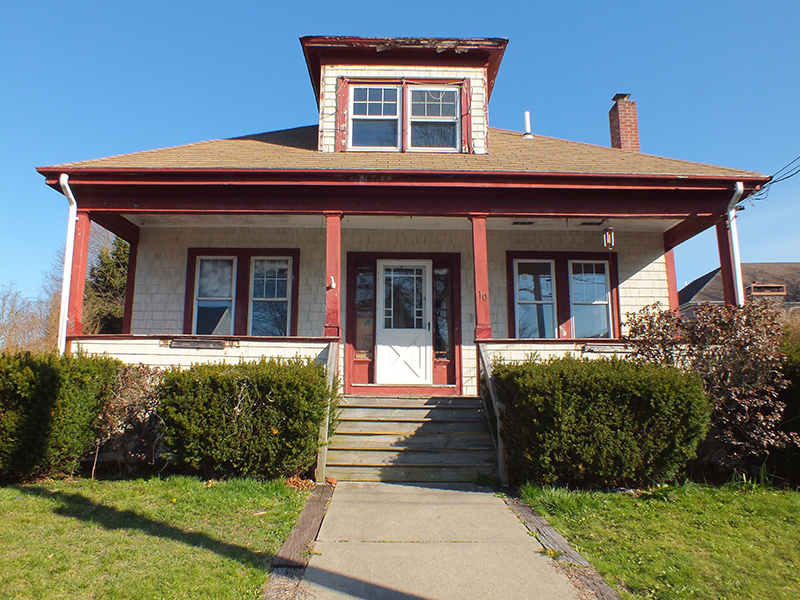 Cathy says, “This house turned out to be one of our favorite remodels. It was a labor of love to bring life back to this beauty and the icing on the cake was meeting Mr. & Mrs. Tucker.”

For more photos and information, visit their

Previous Post
“It Was the Worst House on the Block:” A Small Cape Gets a New Look
Next Post
A Neighborhood Eyesore Becomes a Modern Farmhouse in Berkeley