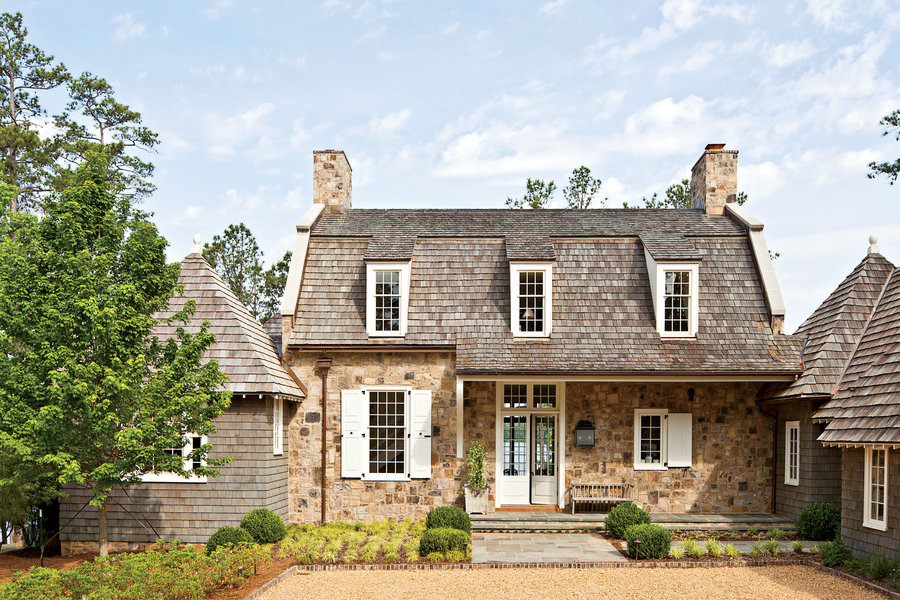 He gave it enough traditional details that it looks like it could have been there for decades. For the exterior they used Alabama natural stone and cedar shingles.

The cottage-style windows totally charmed me. The Southern Living article by Zoë Gowen says they “have a top sash that’s shorter than the bottom—making them appear taller. Paneled shutters are outfitted with operable iron hardware.”

Southern Living magazine dubbed it the “Best New Home” of the year.

“I always design floor plans to pull visitors toward the daylight,” Ingram says.

In the kitchen, they used Benjamin Moore’s Galapagos Green paint in high-gloss oil on the ceiling that adds a little drama:

The back of the house has plenty of large windows to take advantage of the water views.

Visit Southern Living to read the article by Zoë Gowen.

For more information about the architect, visit Bill Ingram’s website.