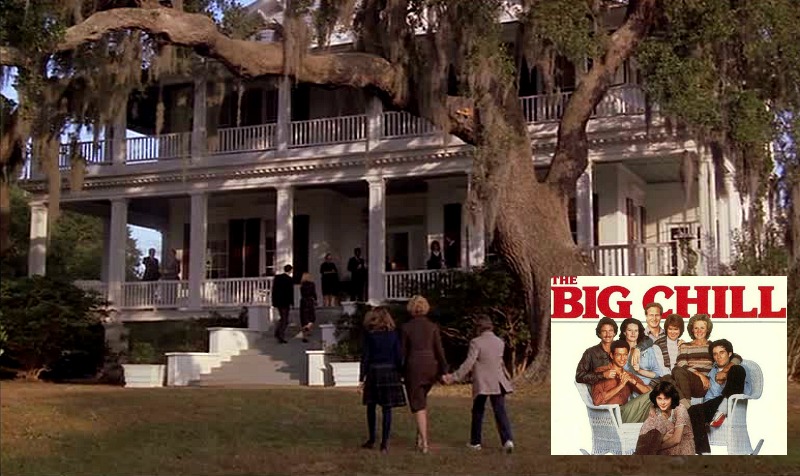 Remember the beautiful Antebellum house where a group of old college friends gathered in the 1983 classic The Big Chill?

The historic home known as Tidalholm is currently on the market in Beaufort, South Carolina, for $4.5 million.

Let’s take a look back at the movie and the house where it was filmed.

The Antebellum House from “The Big Chill” Movie 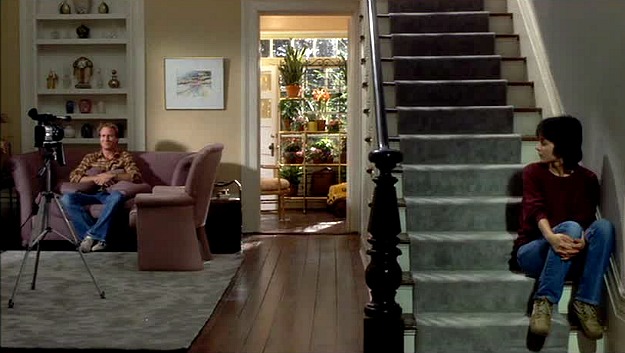 The movie’s writer and director Lawrence Kasdan saw this house featured in the movie The Great Santini and liked it so much, he decided to shoot The Big Chill in it. 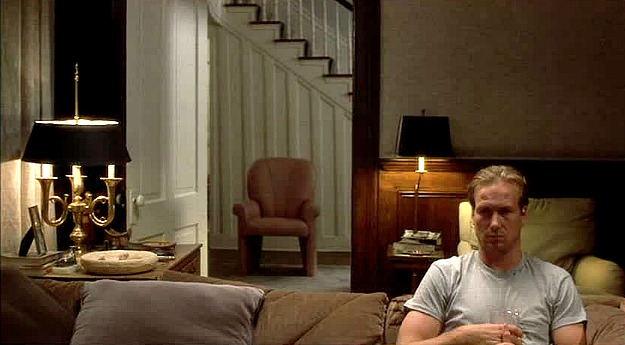 Kevin Kline and Glenn Close play Harold and Sarah who own the house where everyone gathers after a fellow college friend named Alex kills himself.

Kasdan actually wrote the role of Alex for his actor friend Kevin Costner, but all of his scenes were eventually cut. 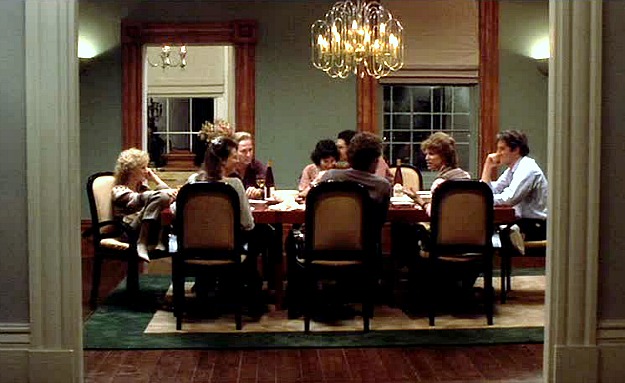 According to Wikipedia, “The characters were based on people Lawrence Kasdan lived with in the Eugene V. Debs co-op in Ann Arbor, MI, while attending the University of Michigan. Co-ops are co-ed housing in which the residents share household duties like cooking. This explains why the characters are so comfortable sharing the house, cooking and are so attached to the Michigan football game.” 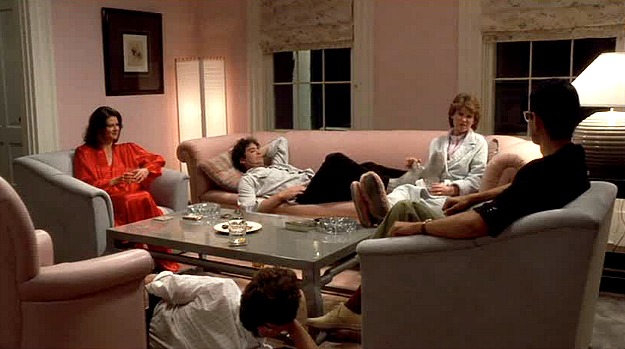 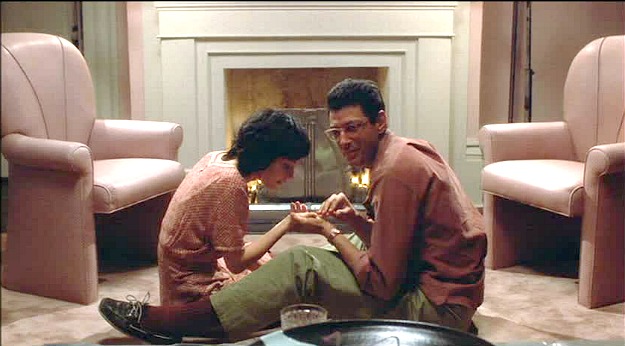 In this scene he talks to his editor upstairs on the landing, postponing his interview with a blind baton twirler so he can stay at Harold and Sarah’s for the weekend:

“I mean, it’s not like she’s going to regain her sight over the weekend.” 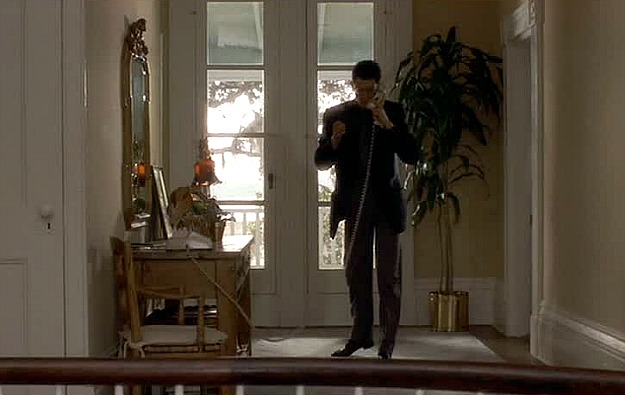 He had to sleep in a boat bed that looks a little short for him! 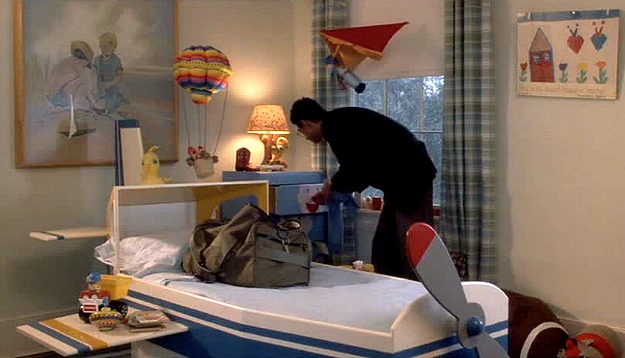 The master bedroom had an upholstered headboard that looks very current: 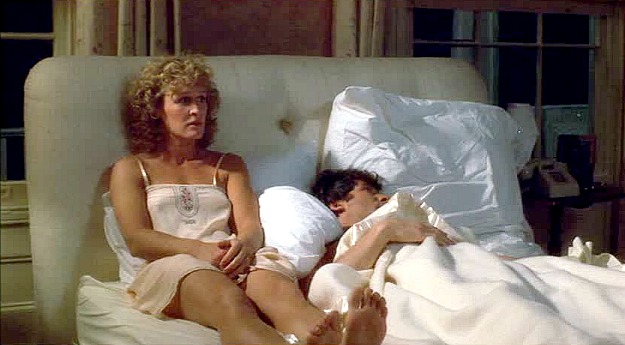 One of the most memorable rooms in the house had to be the kitchen, where they famously danced while cleaning up after dinner to The Temptations song “Ain’t Too Proud to Beg.” 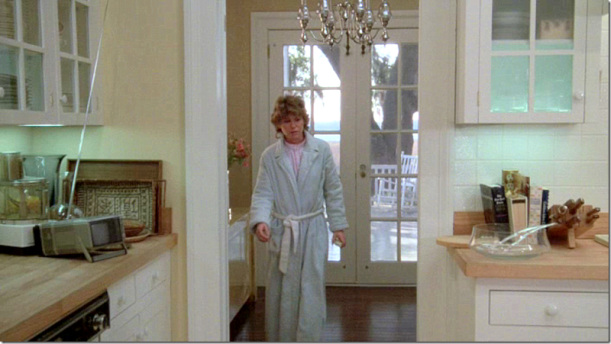 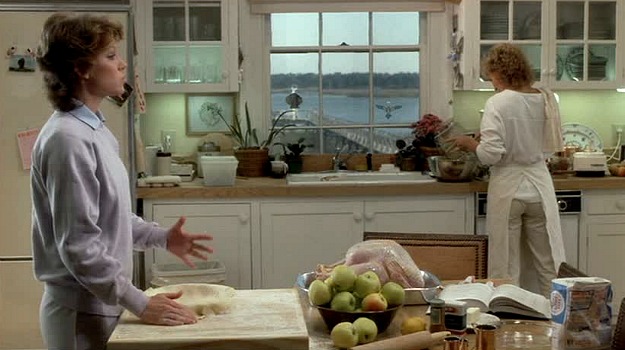 Remember when kitchen backsplash tiles were typically square and often had little decals on them like these? 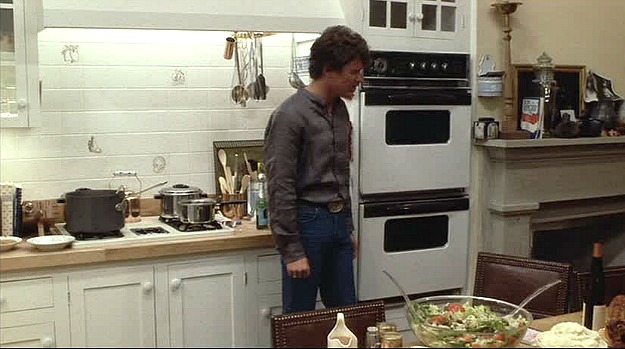 The butcher block countertops and white cabinets are still in style, though.

It wouldn’t take much to update this kitchen 30 years later. 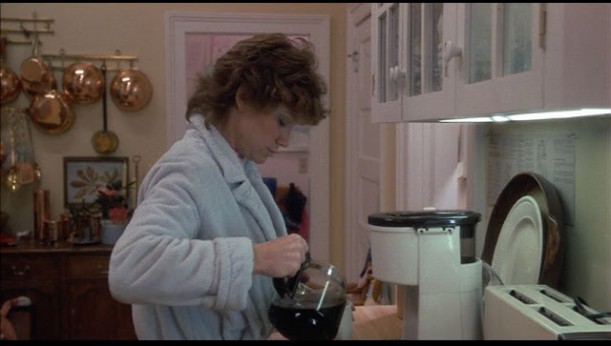 Joni at Cote de Texas wrote a great post about this house that includes this photo of the kitchen in “real life” (below) and how it looked in The Great Santini before it underwent the remodel to look like this here. 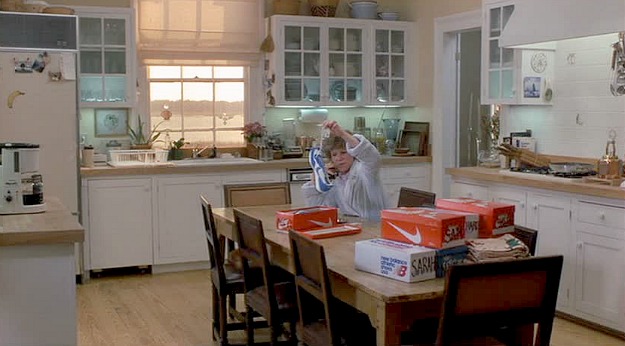 This window he was standing in front of (with JoBeth Williams) has a great view of the water: 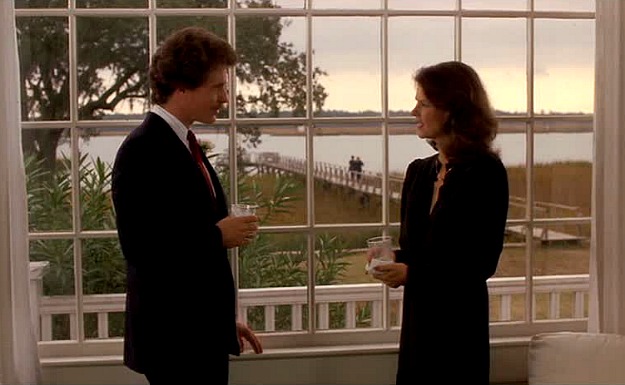 The house sits on about 1.5 acres of land, and there’s a 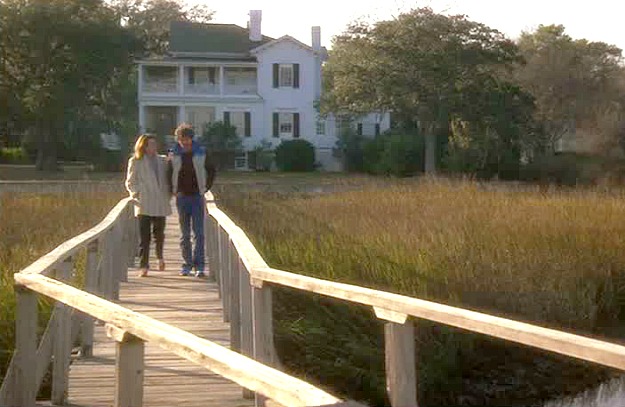 The historic home is known as Tidalholm. It has 3 stories with 7 bedrooms, 8 baths, and 7,381 square feet.

It was built in 1853 by Edgar Fripp on the banks of the Beaufort River and served as a Union hospital during the Civil War. 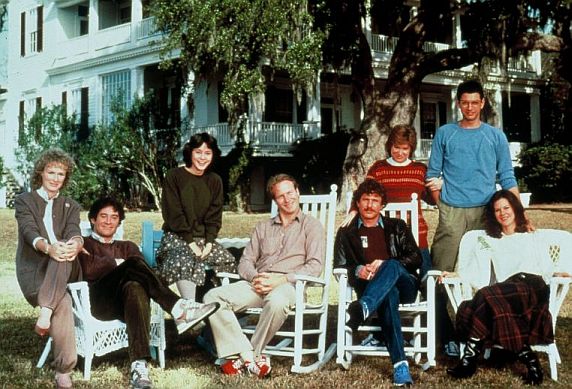 For all the photos and information about Tidalholm at