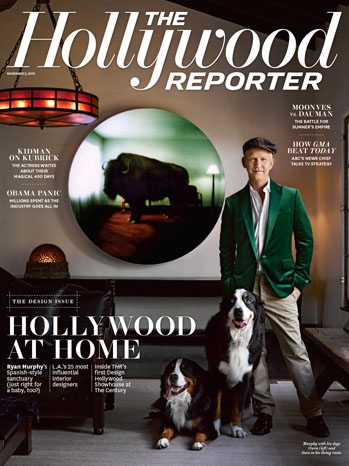 Remember Diane Keaton’s beautifully renovated Spanish Colonial? It was designed in 1927 by Ralph C. Flewelling and was featured in Architectural Digest in 2008.

Keaton sold it in 2010 to the Glee and American Horror Story creator Ryan Murphy, who redecorated it with help from designer Cliff Fong. The Hollywood Reporter has a tour of it in their current issue.

Keaton’s designer Stephen Shadley came up with the idea for the inverted, upside-down shades in the kitchen that were so striking and memorable.

Murphy says he liked how she had the house so much that he begged her to sell him all the furniture that came with it, but she declined. She did, however, let him spend a day photographing all of her things so he could replicate as much as possible. 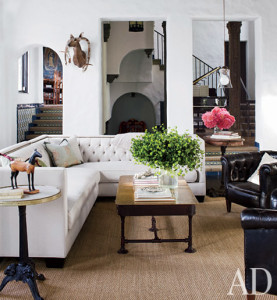