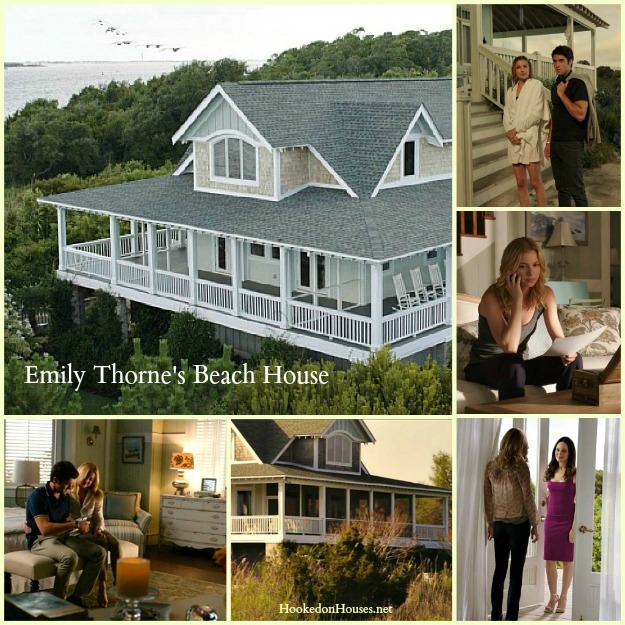 Are you hooked on the soapy TV drama “Revenge”?

Today we’re going to take a closer look at both Emily’s beach house in the Hamptons (both the real one and the TV version) and Nolan’s place. 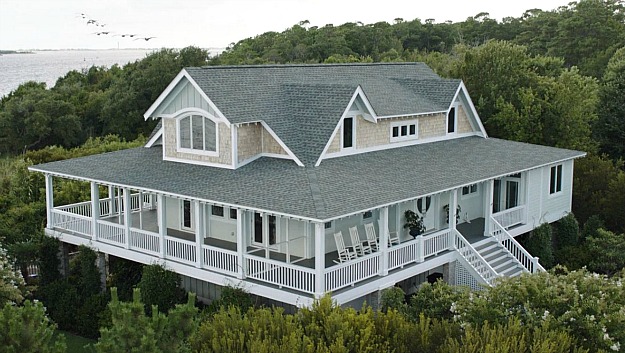 In some overhead shots of Emily’s beach house it looks like that (above).

And in others, there’s a second staircase down to the beach that people seem to use more often than they do the front door.

Can you spot all the changes from the real house above and the altered version below? 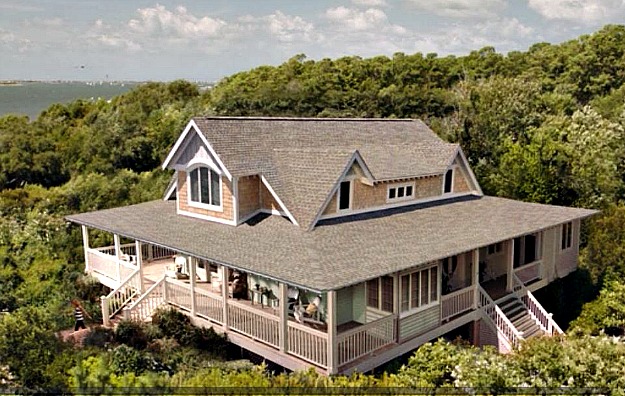 The screened porch we saw in the pilot (filmed on location in North Carolina, not the Hamptons) is gone, and there’s a bump-out that makes it impossible for characters to walk all the way around the porch now.

The Porch on a Soundstage

They show the porch so often, and so much of the action happens on it, that they built part of it on a soundstage in California, surrounded by a blue screen.

They shoot the scenes on the porch and then fill it in with the surroundings and backgrounds to make it look like the characters are really on location. 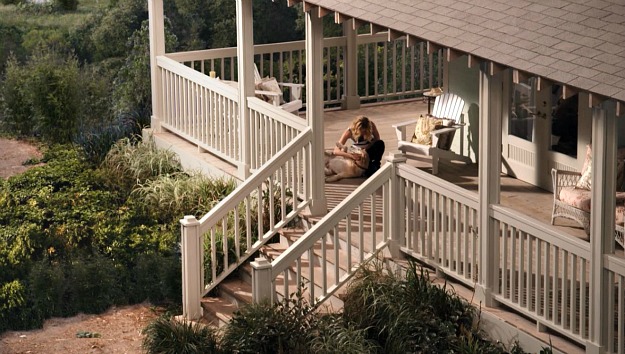 Emily and Daniel stand on the (pretend) beach in front of her house: 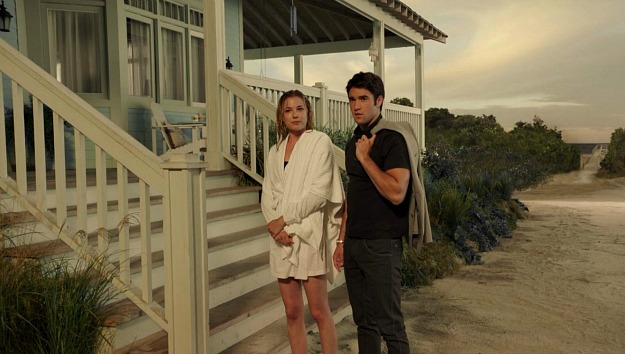 The front door leads directly to the kitchen: 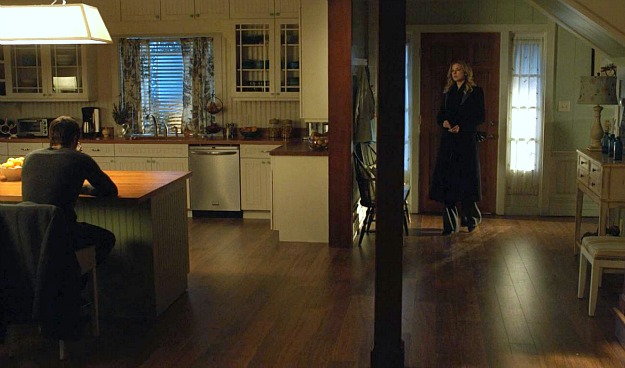 Most of the characters tend to use the back doors off the beach, though. It’s hilarious to me how they always seem to be open, and people are always walking right in on her without knocking. 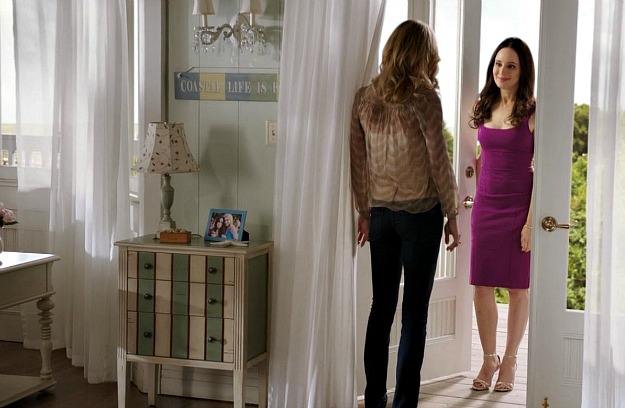 Most of the time there isn’t even glass in those doors (the only exception is winter scenes, when they make it look like there’s frost on them). 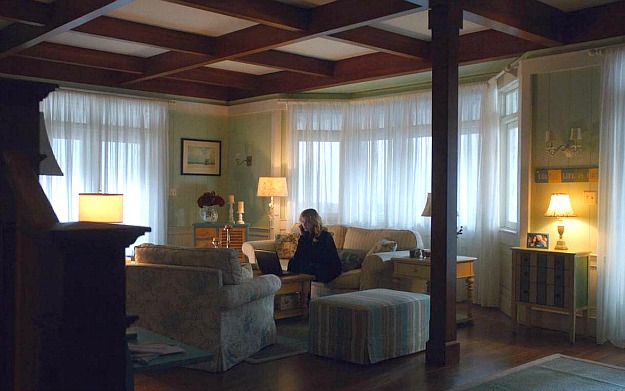 Emily spends a lot of time on this sofa, going through her father’s things and working on her laptop. The furniture in this room seems to move around a lot and change periodically. 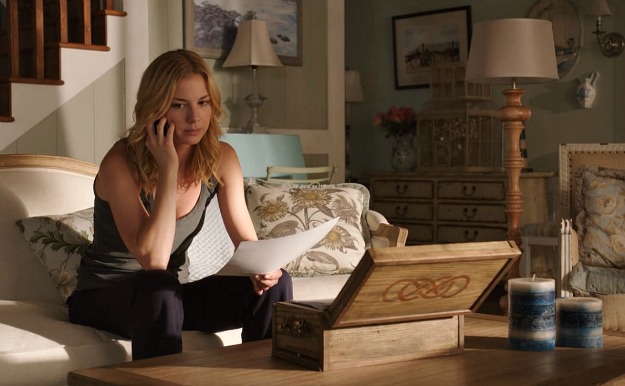 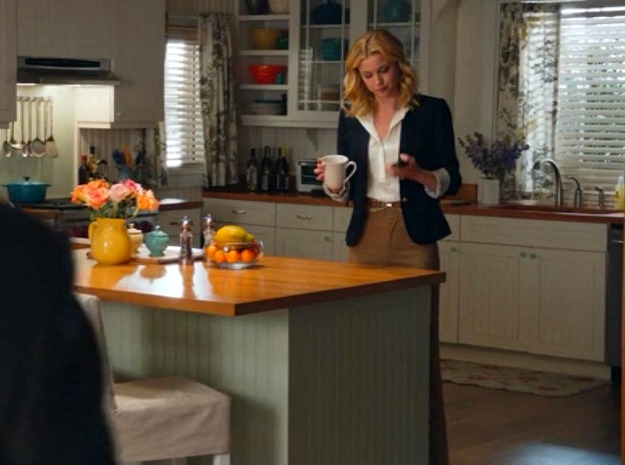 I love her kitchen with the wood countertops, beadboard, and glass-front cabinets. 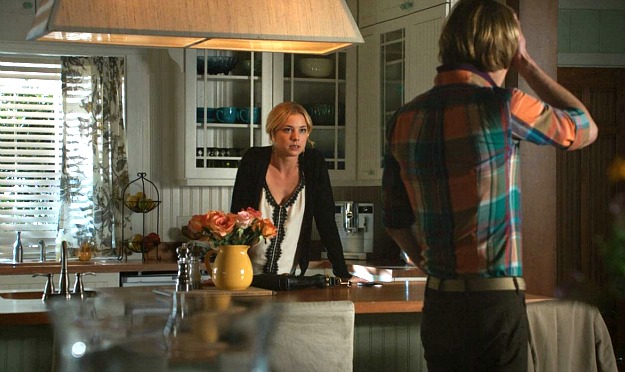 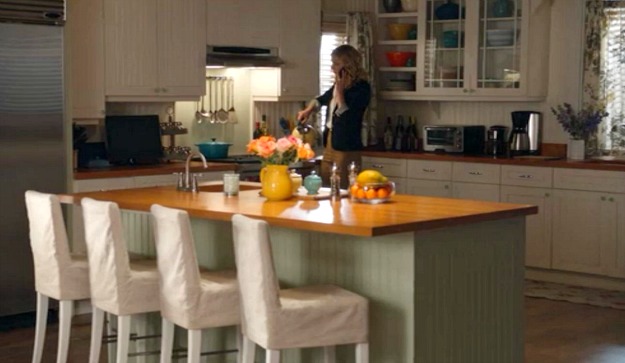 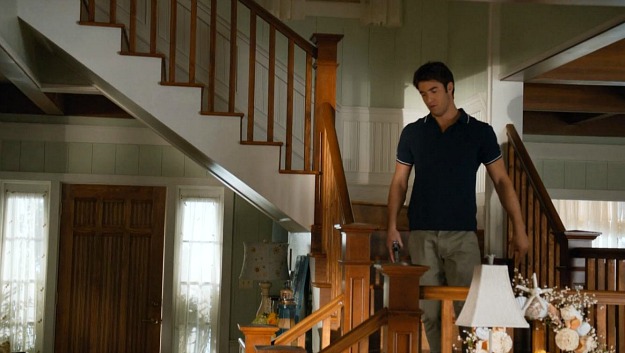 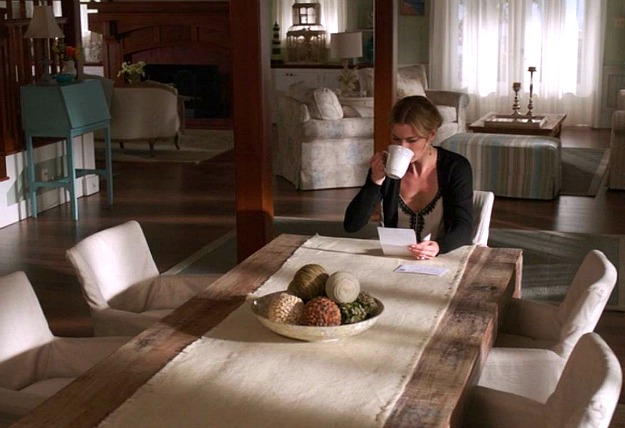 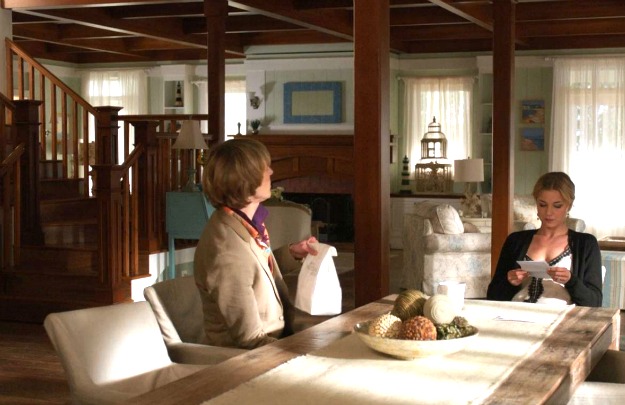 She has a great wood fireplace in the living room: 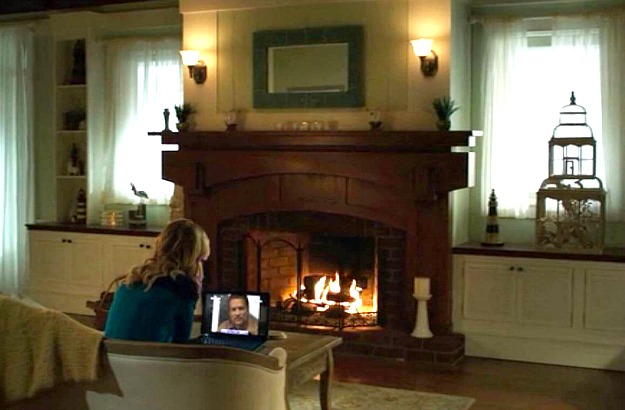 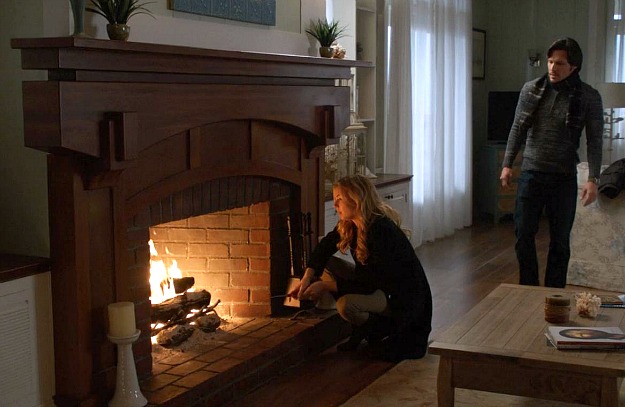 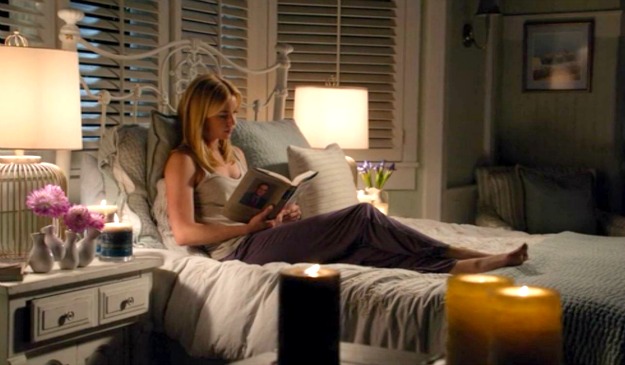 Her bedroom is just as feminine as the rest of the house.

The set decorators say the soft and beachy decor is used “as another kind of disguise for Emily.”

It looks so innocuous, you’d never guess what her real intentions for being there are. 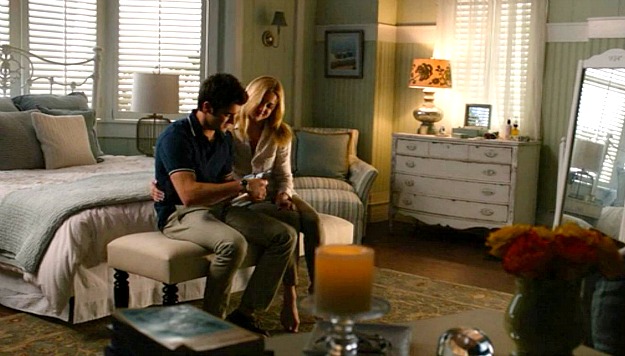 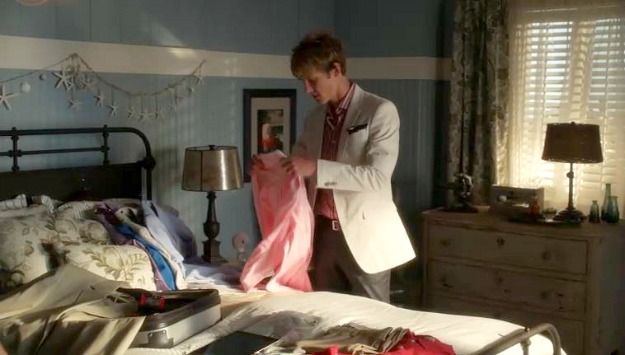 In the second season we saw Emily’s guest bedroom for the first time when Nolan moved in. 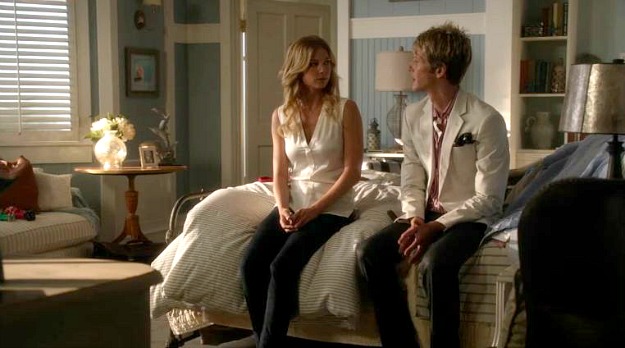 The Real Beach House Where the Exteriors Were Filmed: 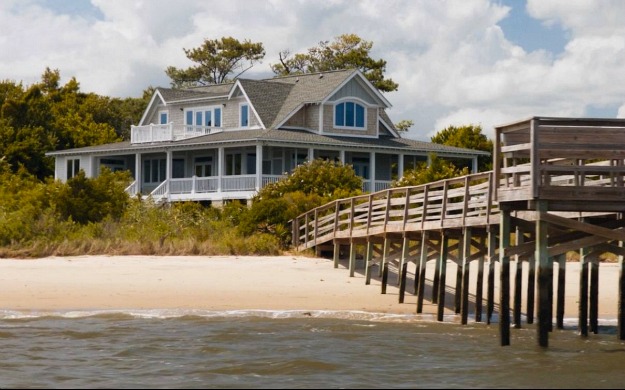 The real house that they use for the exterior shots is in Southport, North Carolina, and it’s on the market for $1.5 million.

It has 3 bedrooms, 3 baths, and a pool that Emily’s didn’t have. 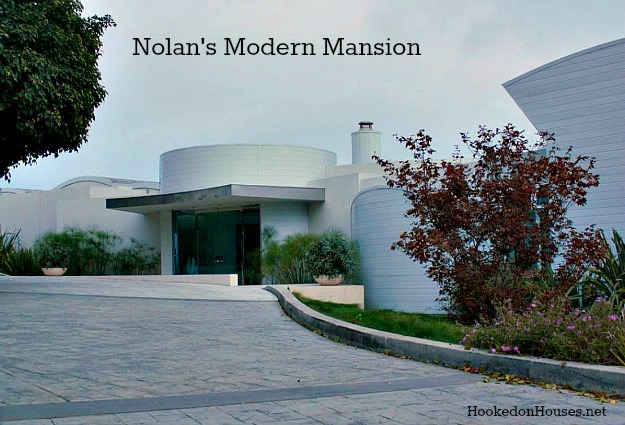 Now, while we’re at it, let’s take a quick look at where her trusty sidekick Nolan Ross (played by Gabriel Mann) lived during the first season.

Nolan sold this house between seasons one and two, but we saw a lot of it last year. He said he moved out because of all the “bad juju.” 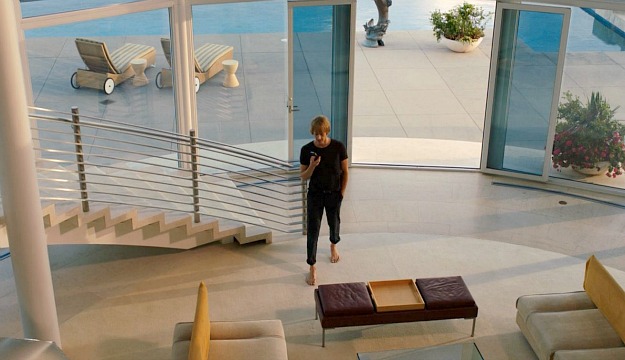 Readers told me that they’d seen this house in Season 3 of “Brothers & Sisters.” Sure enough, this website of filming locations confirms it. It’s in Malibu. 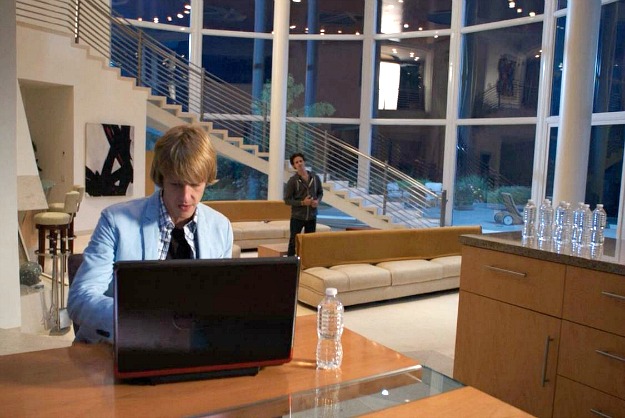 In his lower-level study, Nolan has a window looking out into the pool: 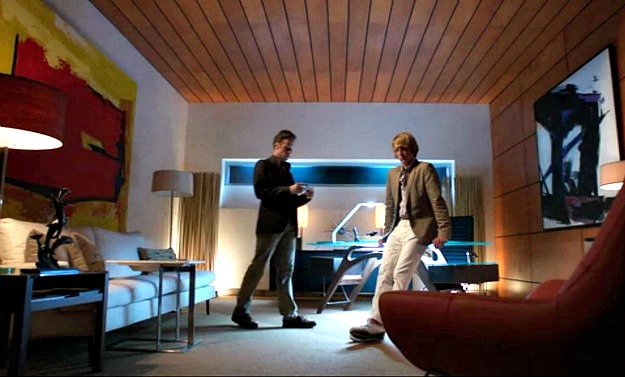 Amanda and Jack by the Infinity pool: 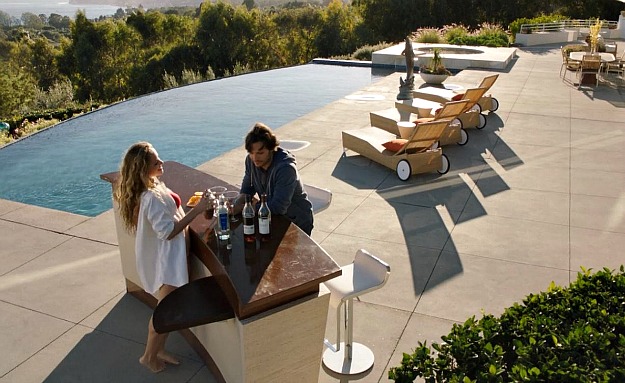 The back of the house at night: 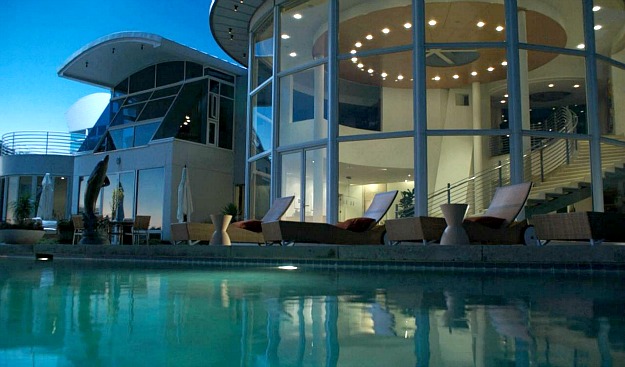 Emily Thorne’s beach house is back on the market.

There’s a fun video tour of the sets hosted by Ashley Madekwe on YouTube. 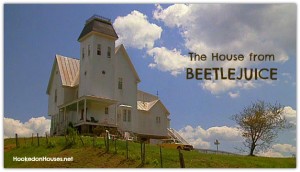 Previous Post
The “Beetlejuice” House: Before & After Its Mod Makeover 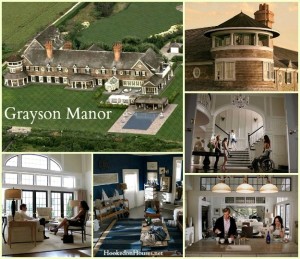 Next Post
“Revenge:” Behind the Scenes at Grayson Manor