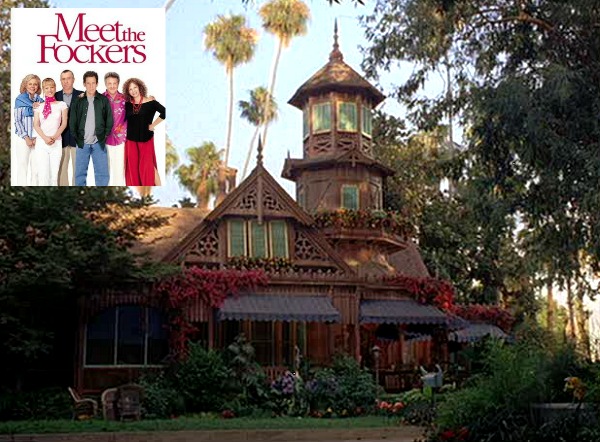 The 2004 Ben Stiller comedy Meet the Fockers wasn’t the best movie ever made, but it made me laugh a few times, and it featured a rambling old Queen Anne Victorian that was fun to look at.

Production Editor Rusty Smith says that they wanted it to have a Caribbean vibe, filled with odd and interesting objects that reflected its well-traveled owners.

Let’s take a look back at the house and the sets they designed for it!

The House from “Meet the Fockers” 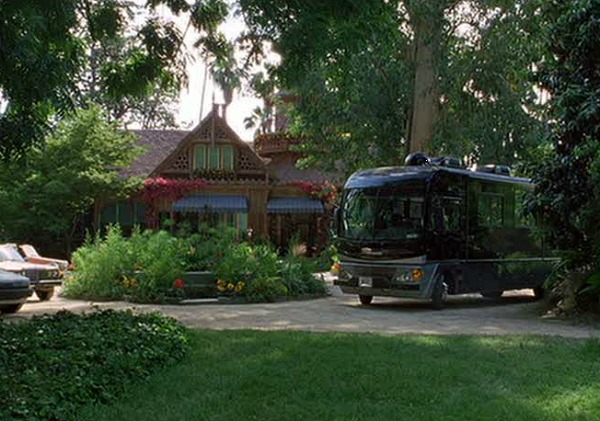 When the producers found this house East of Los Angeles, they thought would be perfect for the Focker family home, but it was “too white.”

The Byrns house in the first movie (Meet the Parents) was white, as you may recall, and they wanted something different.

Here’s how it looked before they painted it:

Smith says they went through a lot of colors before deciding on a rustic red.

Built in the 1880s, it was known as “Baldwin Cottage” because it was built by Elias Jackson Baldwin.

Today it’s referred to more often as “Queen Anne Cottage” and is listed on the National Register of Historic Places.

You may recognize the house from the old TV show “Fantasy Island.” 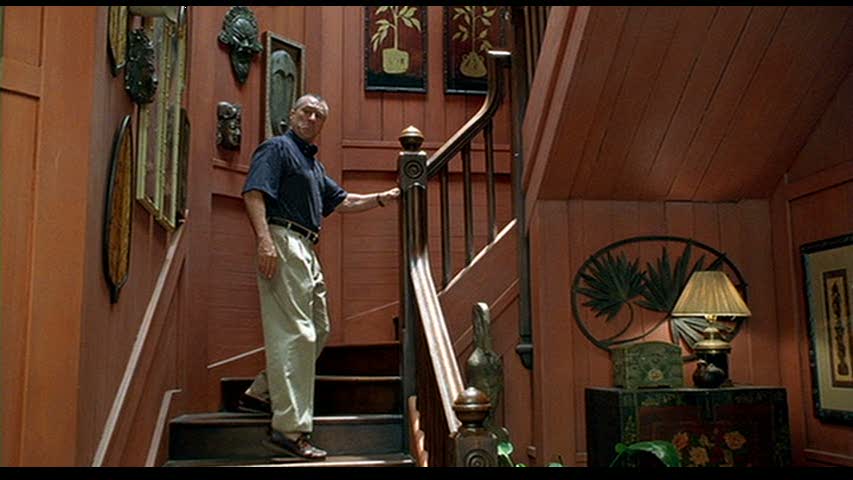 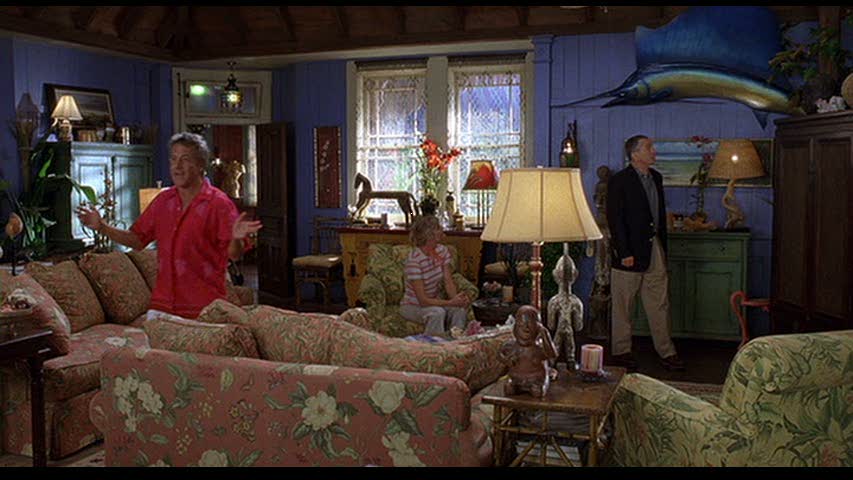 One of the jokes is that Greg’s real name is Gaylord Myron Focker. Here is the “Wall of Gaylord” that his parents have decorated like a shrine to their son in the purple family room: 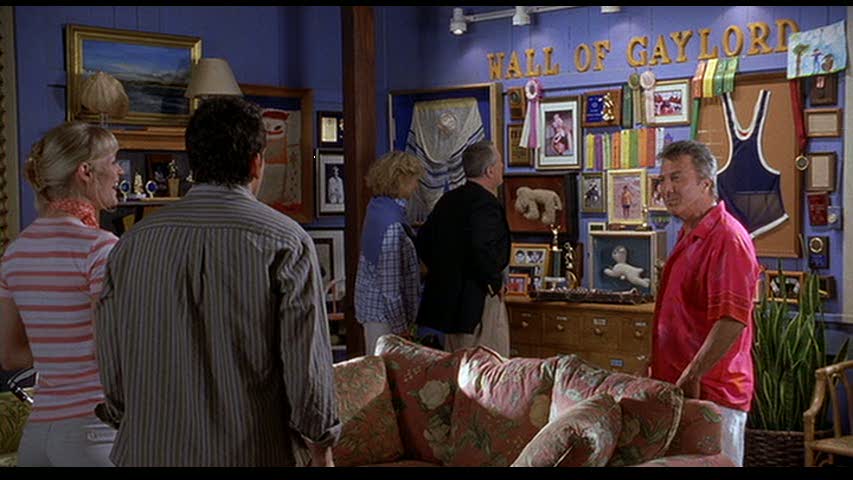 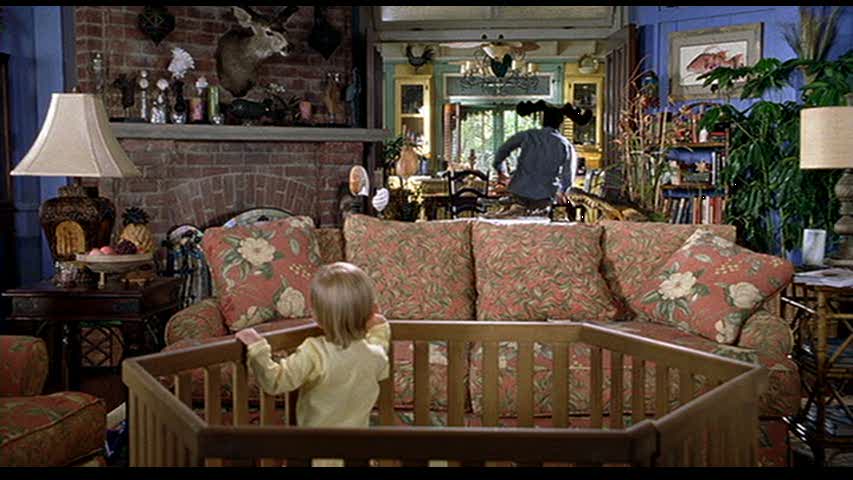 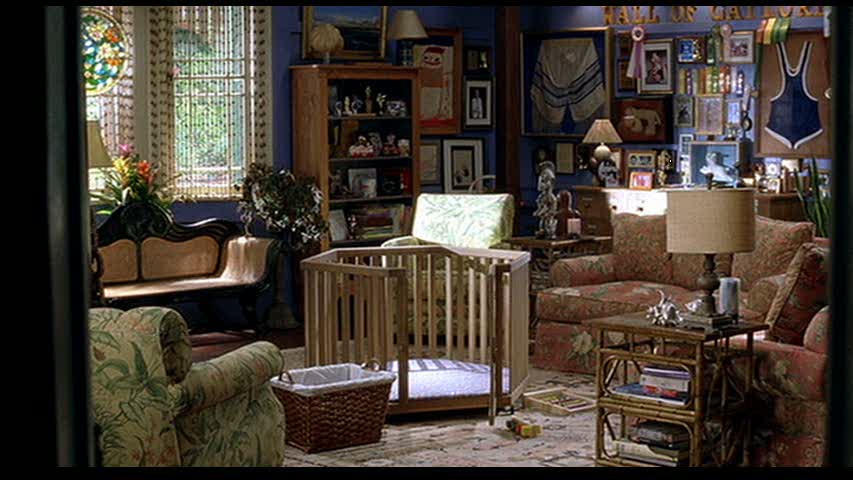 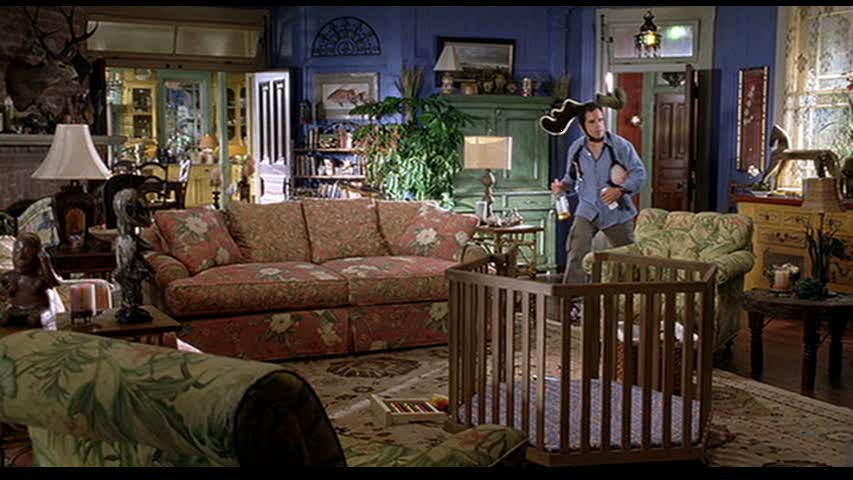 There’s only one working bathroom in the house,

and Bernie (Dustin Hoffman) sees no problem with sharing: 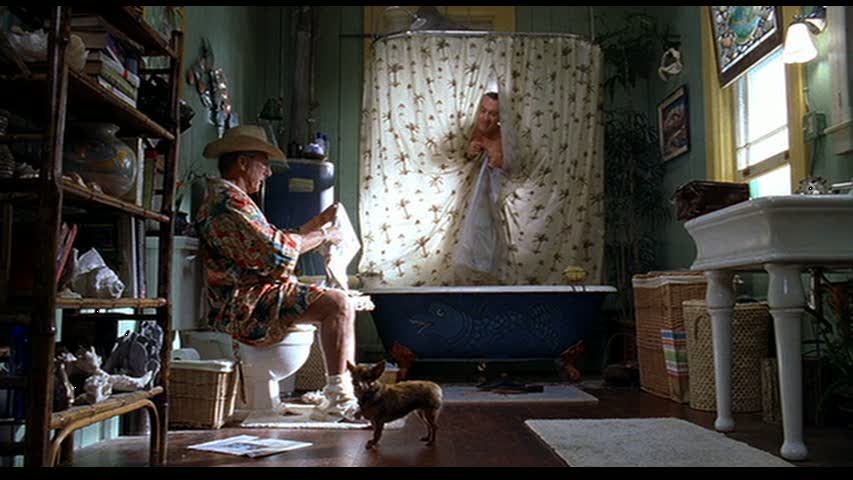 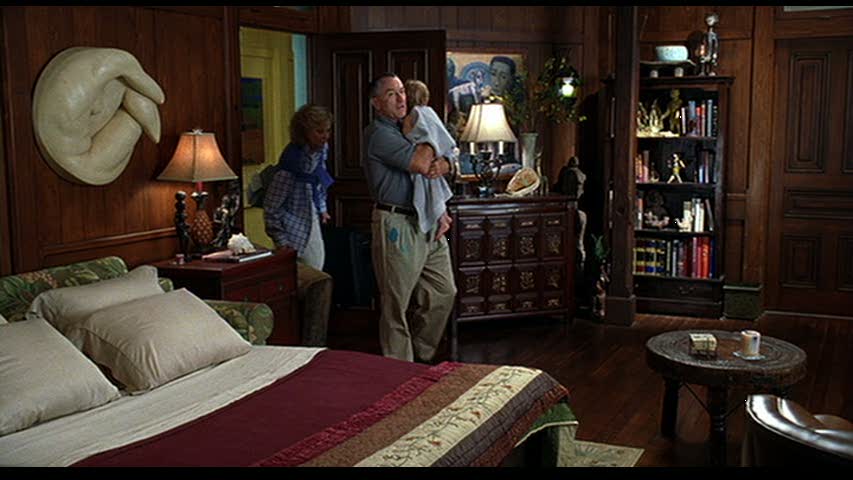 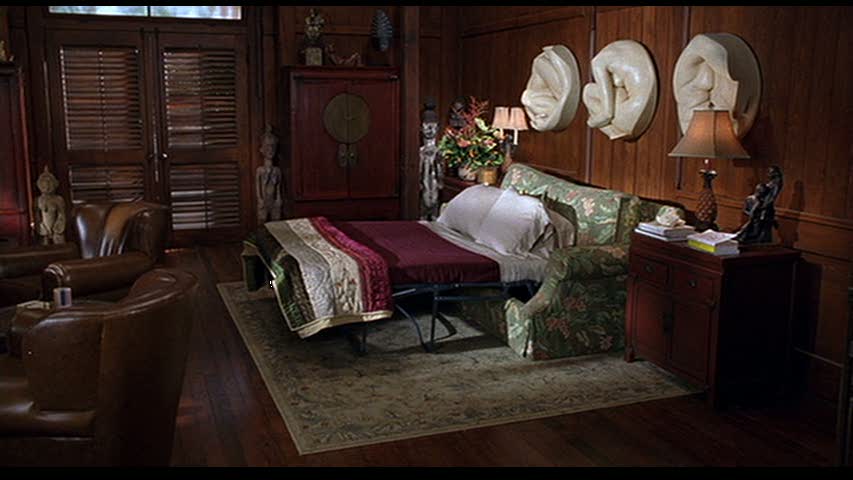 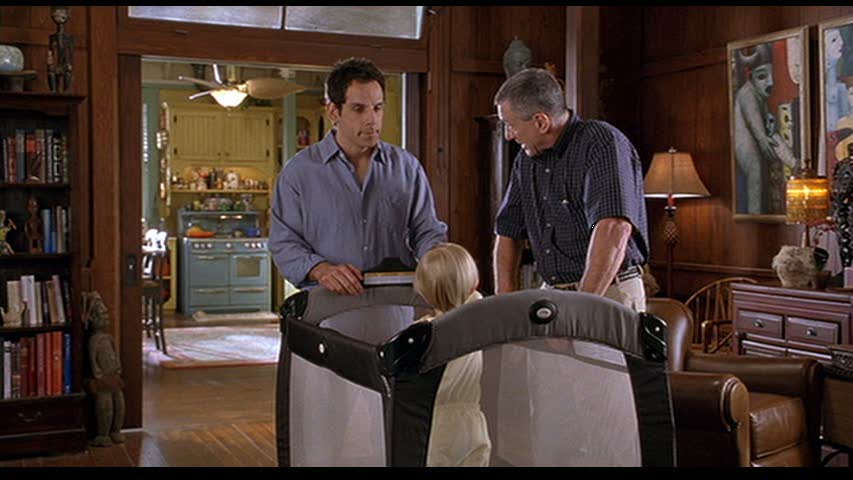 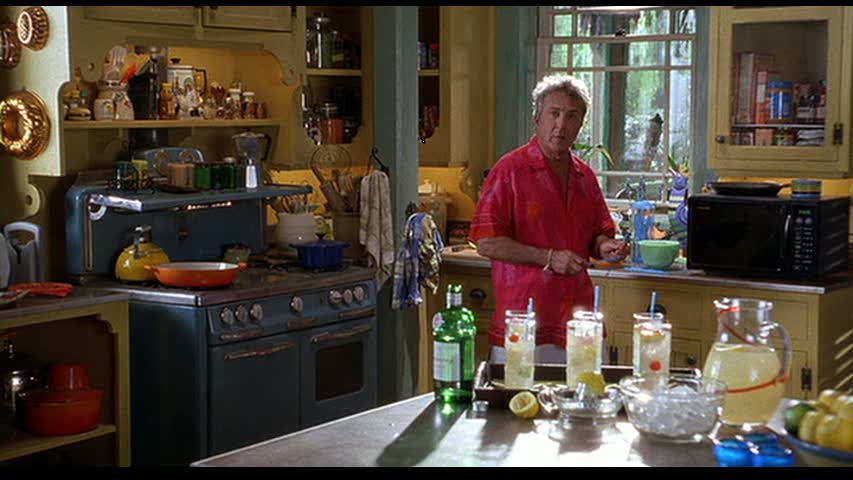 The yellow kitchen has a fabulous vintage blue stove. 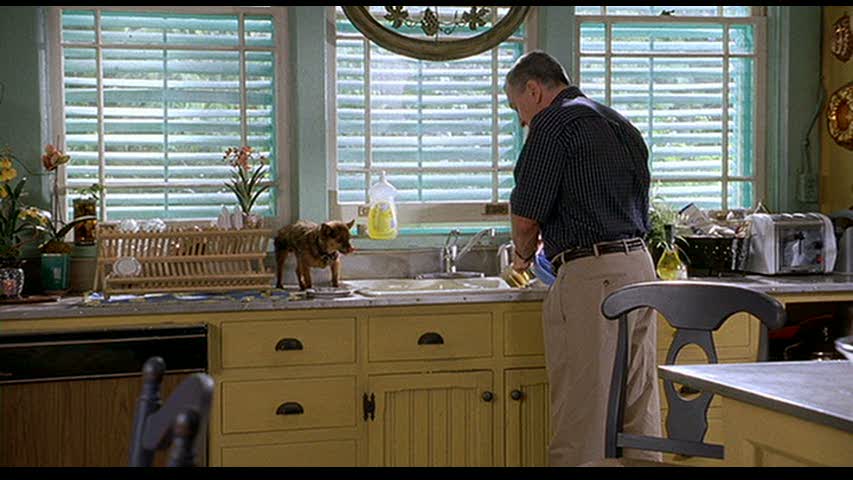 Production Editor Rusty Smith says that the rooms were all huge to make it easier to film in them. 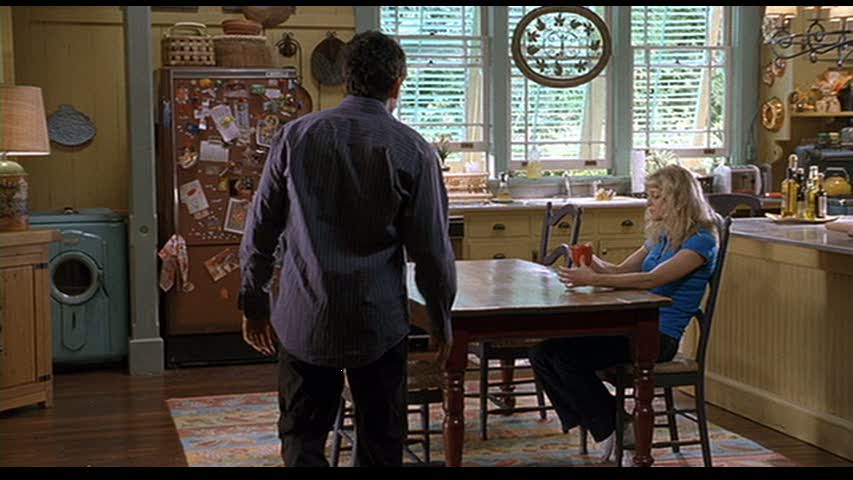 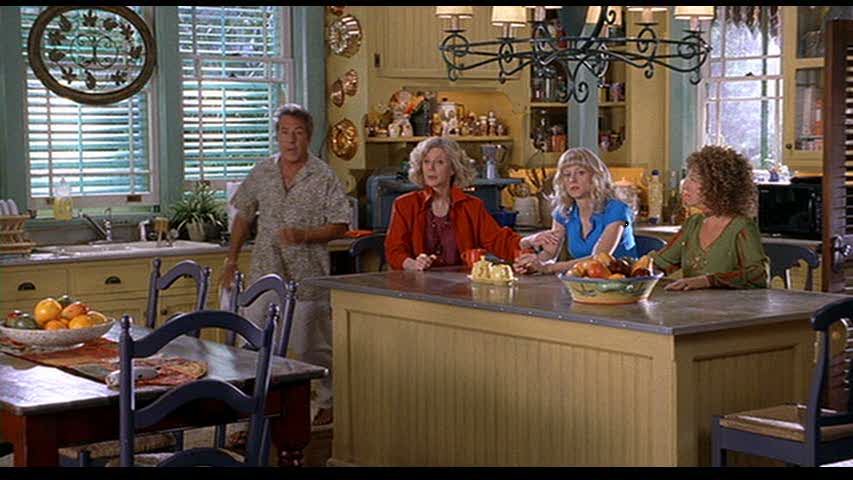 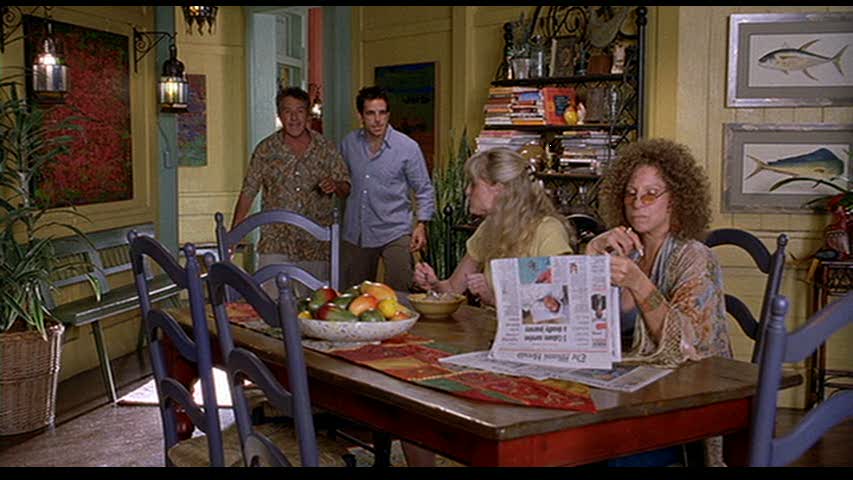 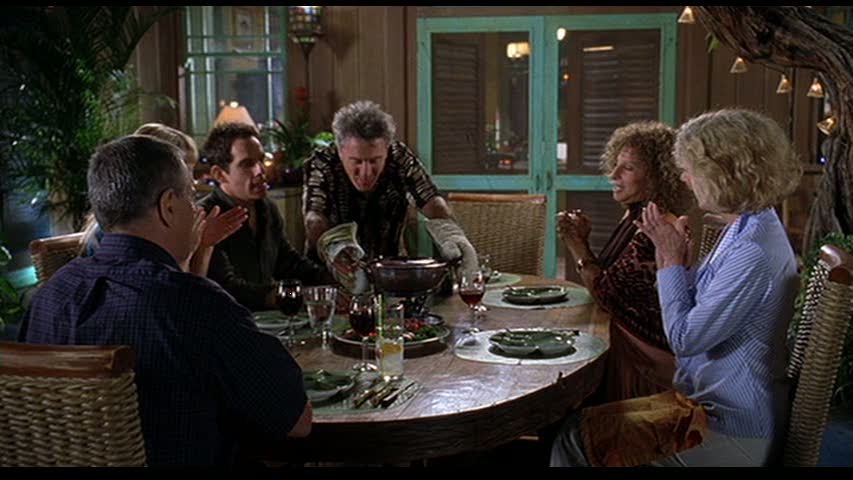 during the scene when Greg loses the baby and is frantically searching for him: 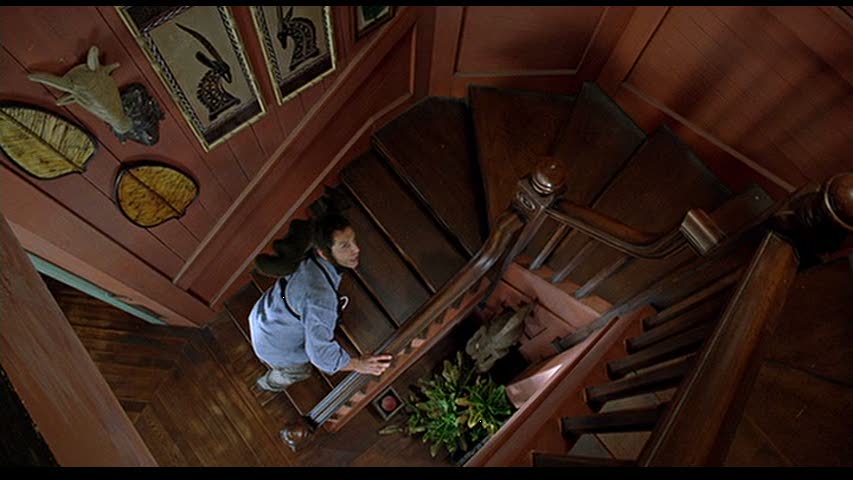 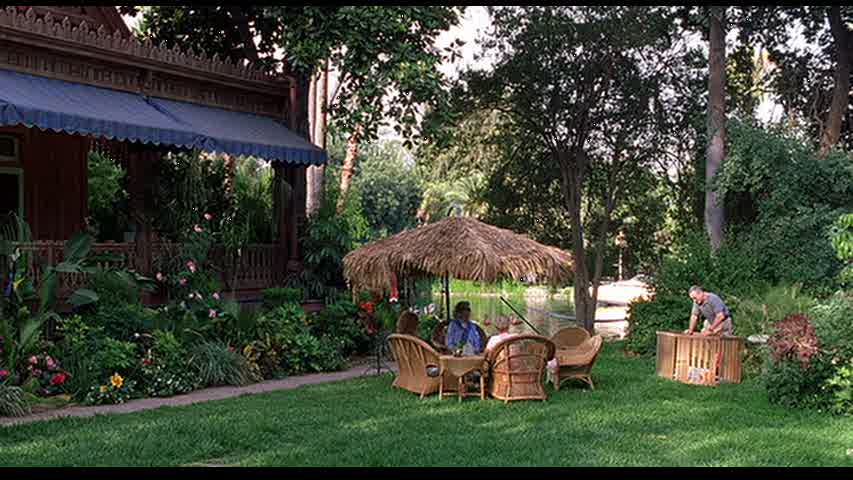 You can read more about Queen Anne Cottage on the L.A. County Arboretum website. 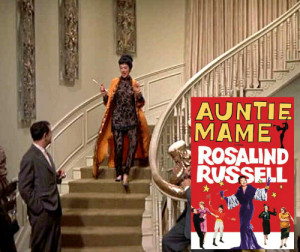