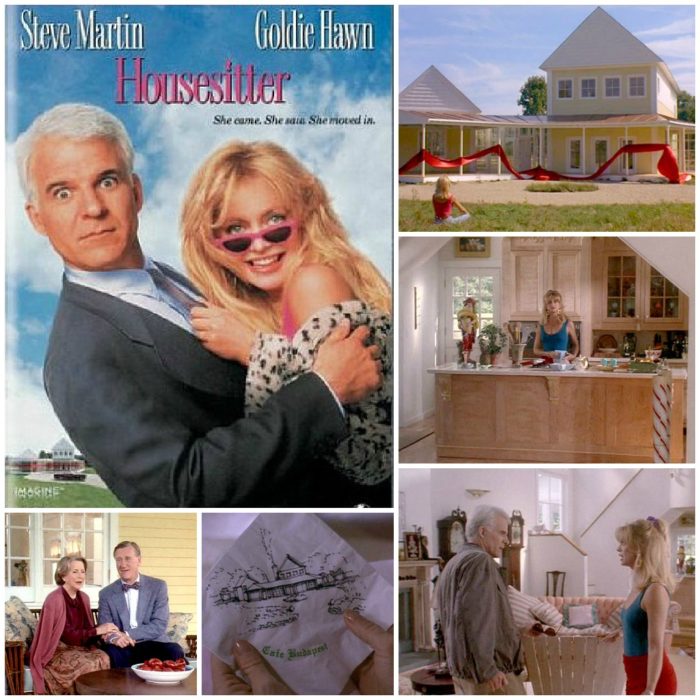 The 1992 comedy Housesitter with Steve Martin and Goldie Hawn is one of my favorites.

Not only does it still make me laugh when I watch it again after all these years, but I’ve always loved the little yellow house in it.

Let’s take a closer look at how they built it as a temporary standing set for the movie! 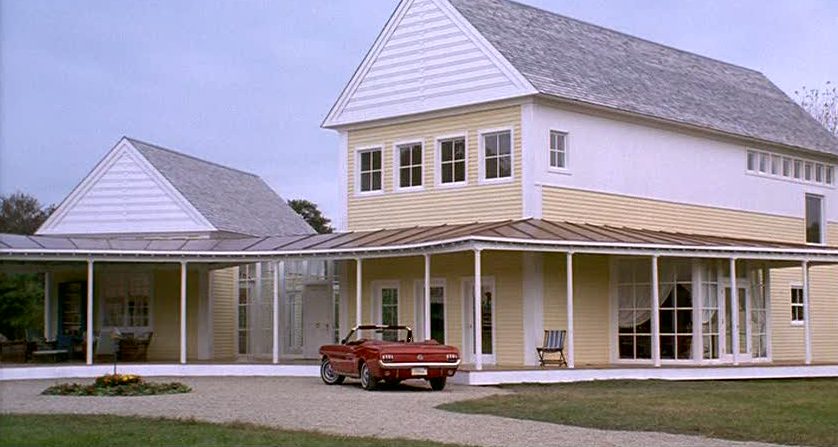 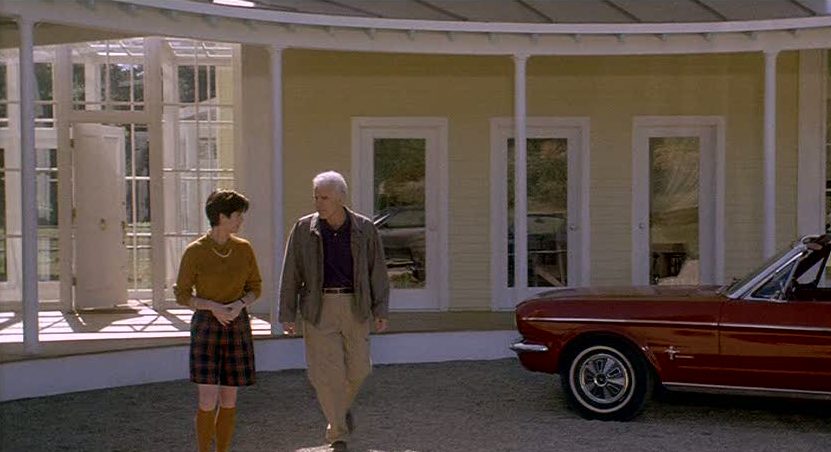 When she rejects his proposal, he draws a sketch of the house and shows it to a waitress named Gwen: 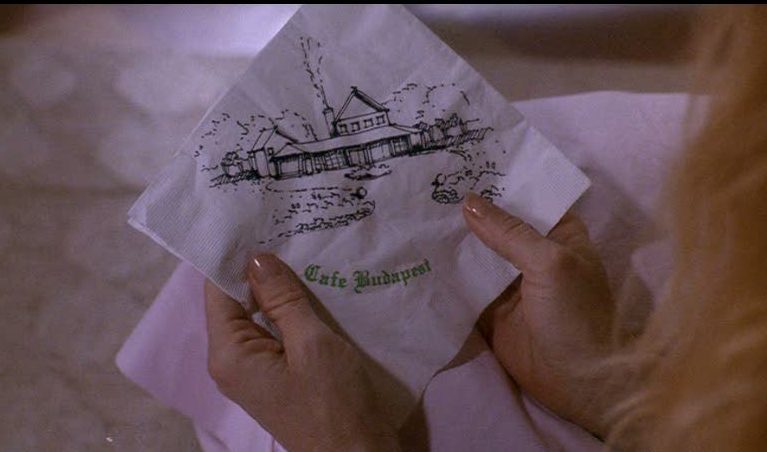 Gwen falls in love with the idea of the house and tracks it down to see it in person: 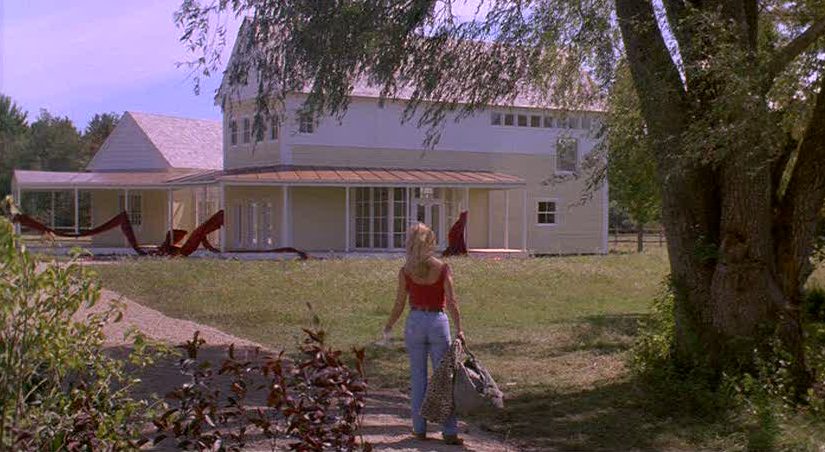 When she gets there, the ribbon’s drooping and the house is abandoned: 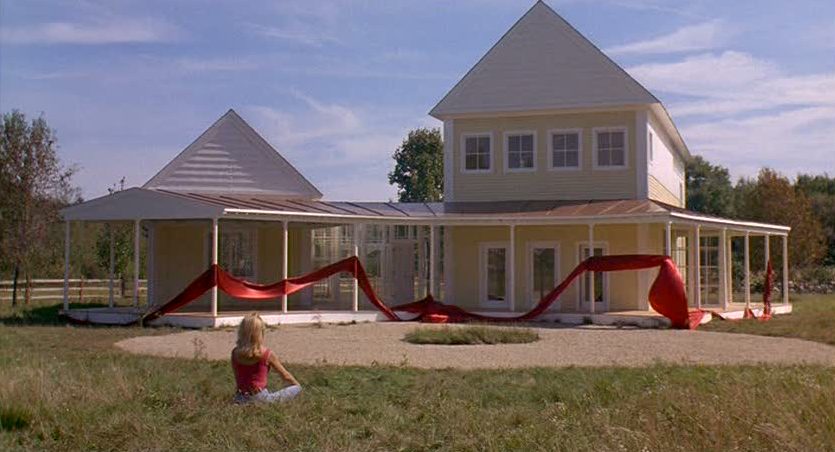 An article I found in Entertainment Weekly’s archives from the ’90s reported:

Dana Delany, who plays architect Steve Martin’s hard-to-please squeeze in Housesitter, must be the only person in America not impressed with his dream house.

”It taps a memory bank,” says architect Debra Wassman, who did the design with husband Jonathan Lanman. And [the house plan] is available by mail from New York’s Trumbull Architects. 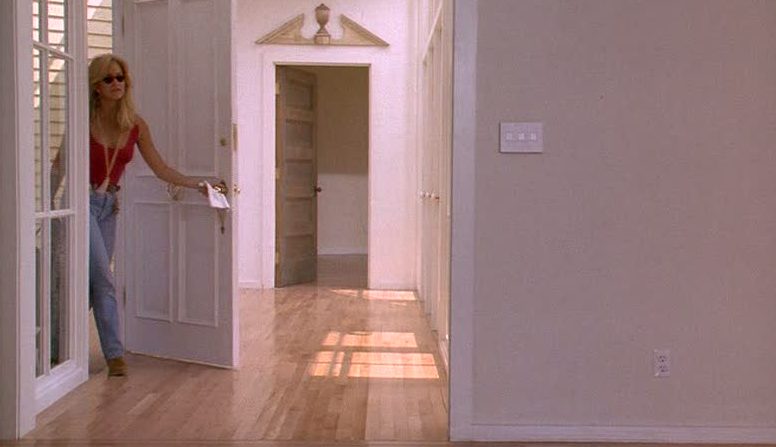 Finding the front door of Davis’s house empty and unlocked, she lets herself in and looks around. 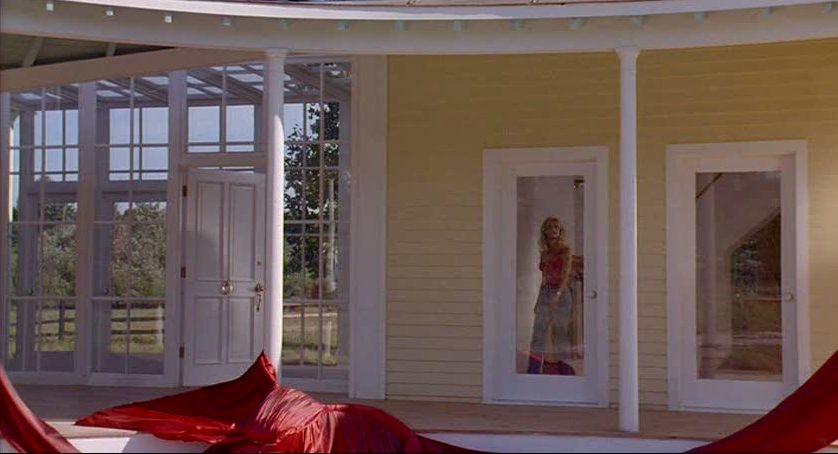 The house was built as a “standing set” in Concord, Massachusetts.

It was torn down after filming ended. 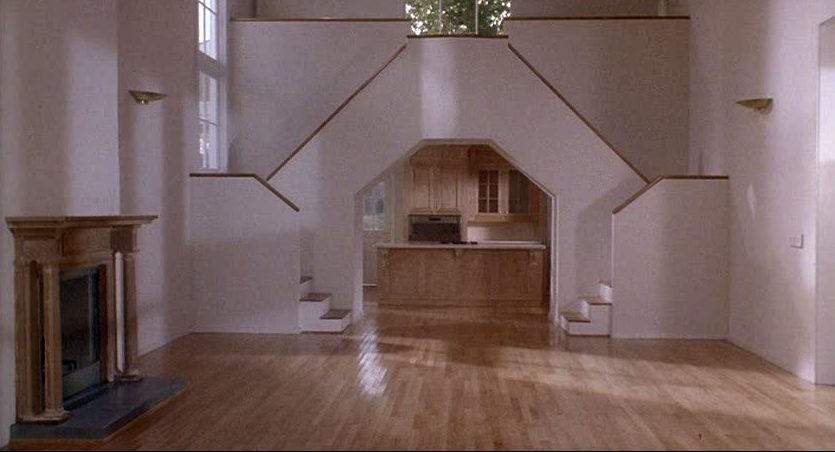 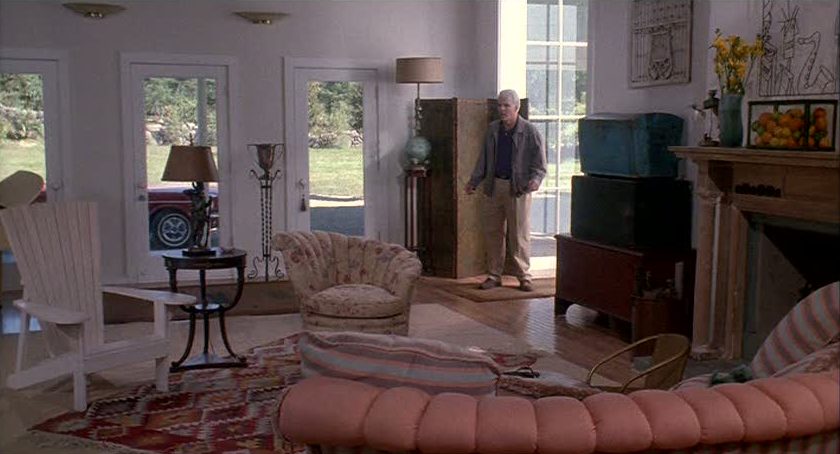 The dining area was furnished with mismatched chairs: 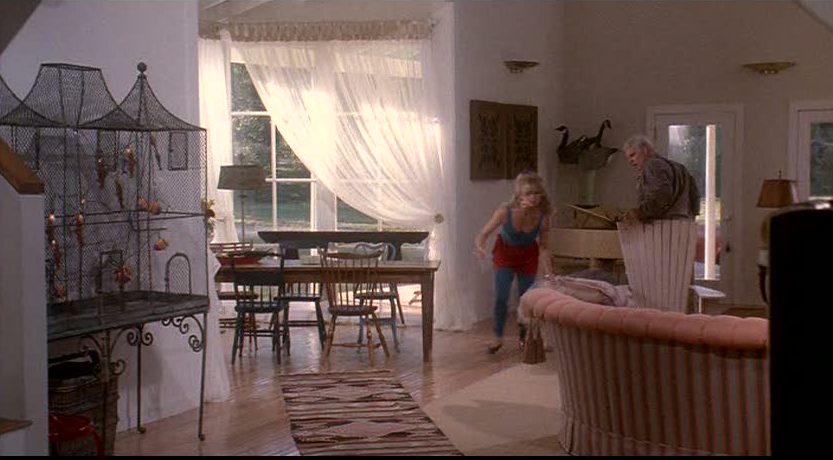 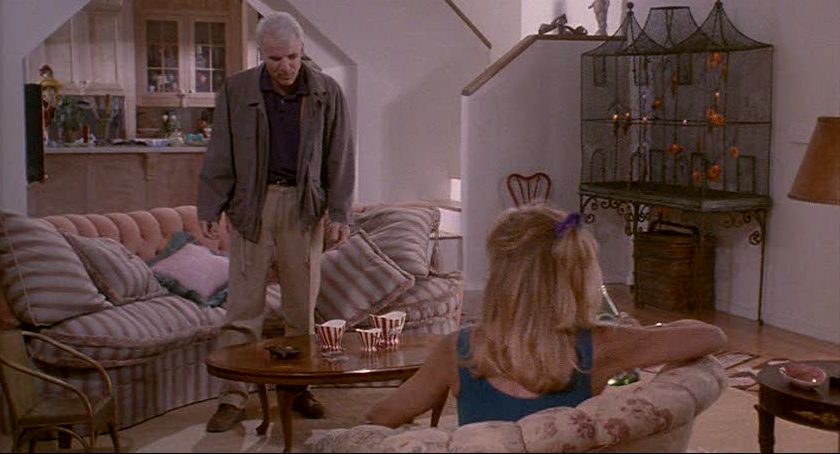 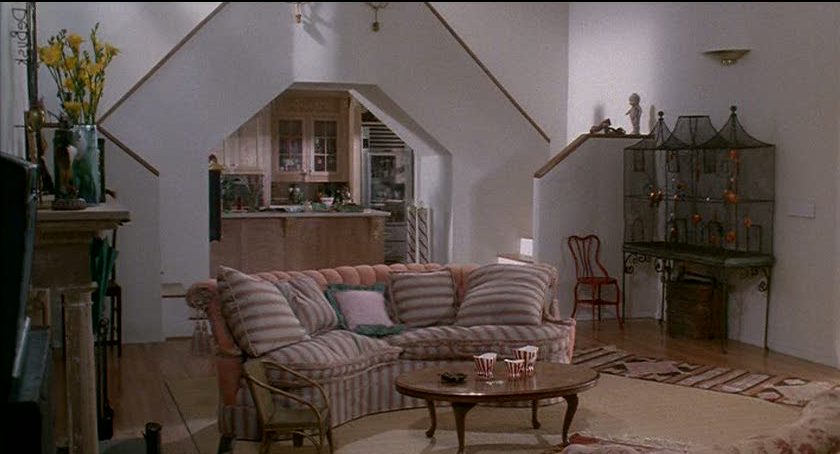 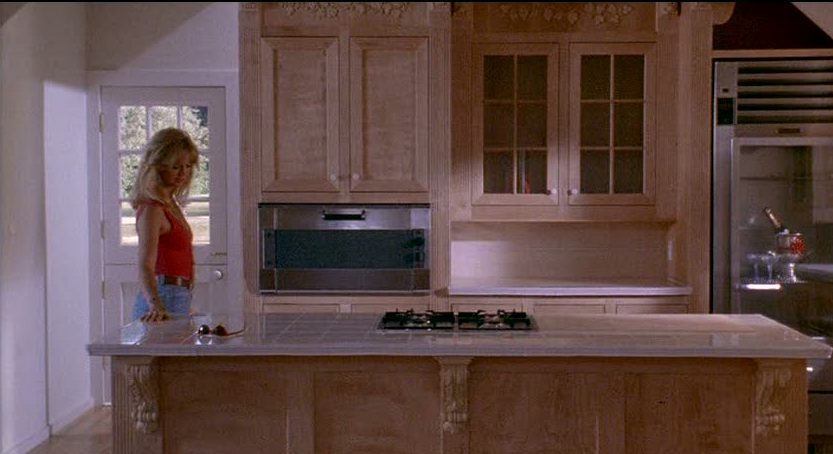 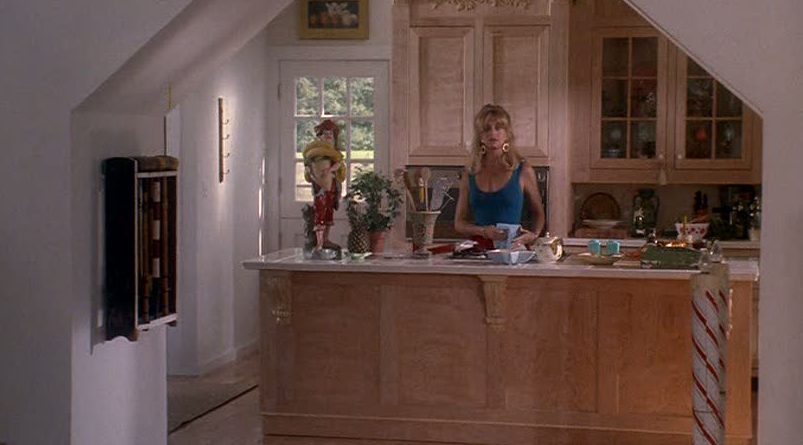 We don’t see much more of the upstairs loft than this — the view of the pond from the window: 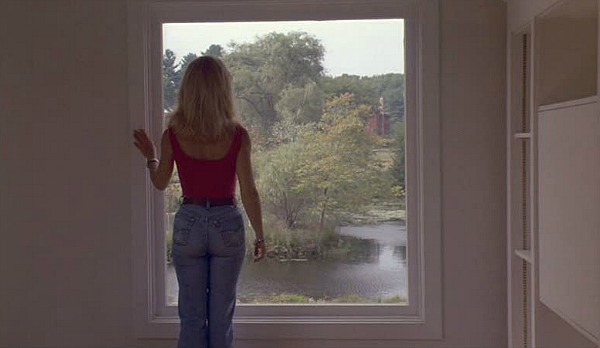 The Bedroom and (Open) Bath: 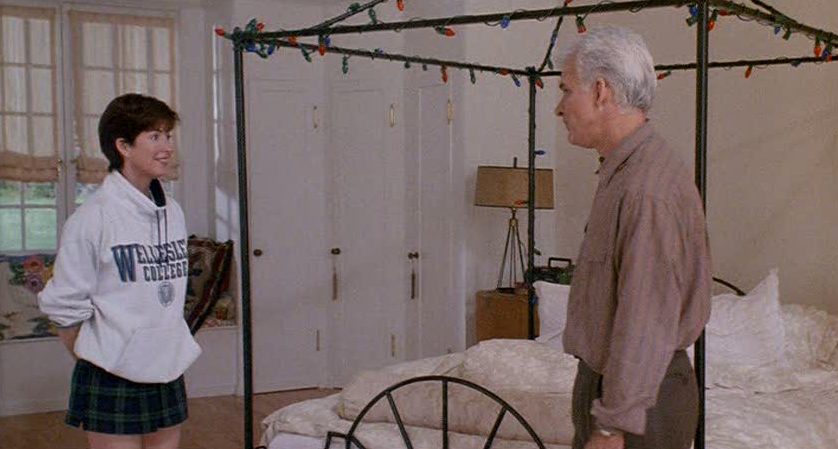 This black iron bed was so popular in the ’90s. Seems like it was everywhere! 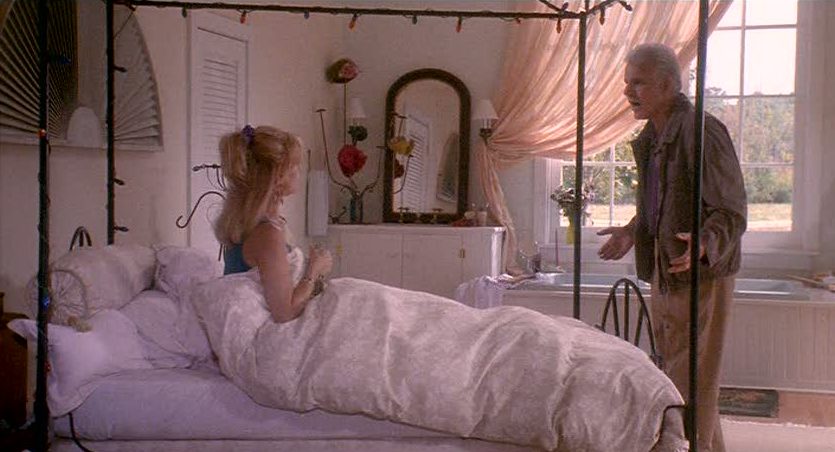 Note the gold taps. Brass went out of style after this and now it’s back again! 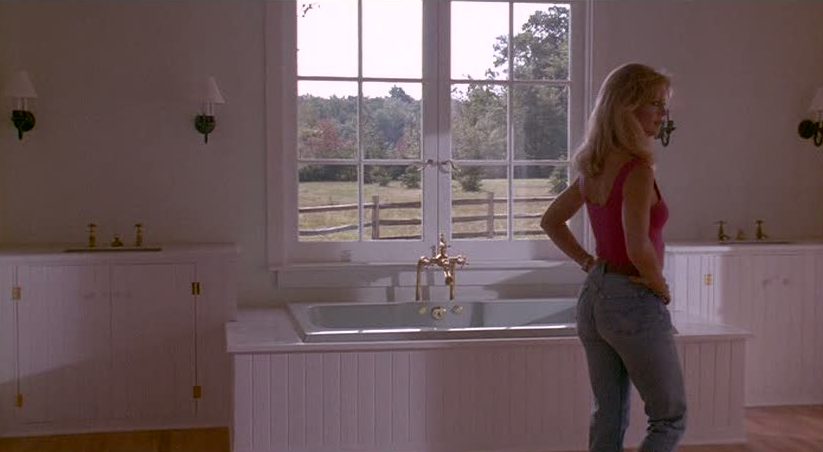 It’s a small house with one bedroom and bath and an open loft. 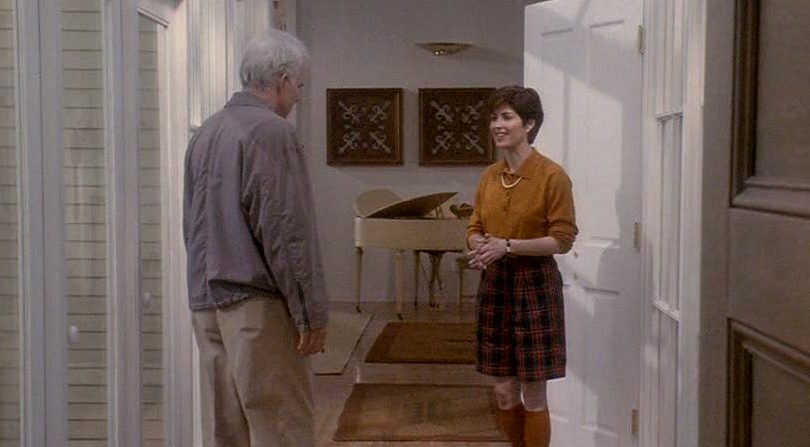 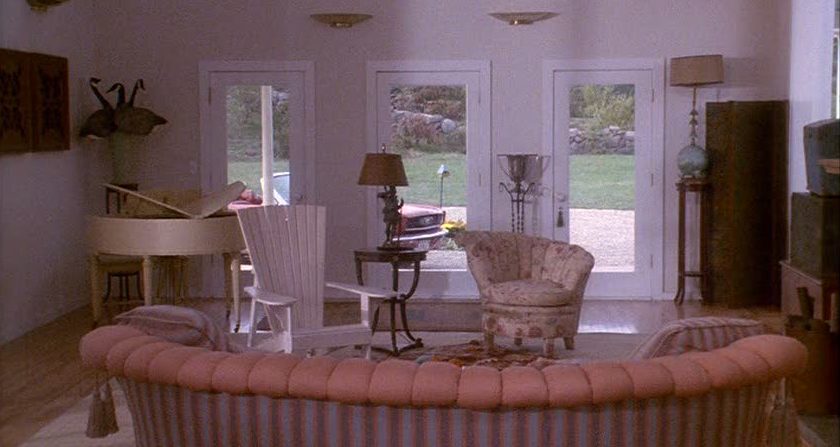 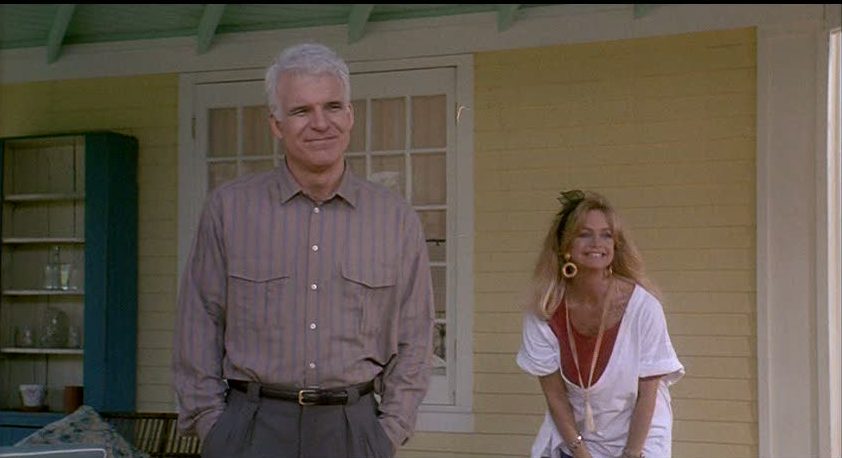 Davis’s parents were played by Julie Harris and Donald Moffat: 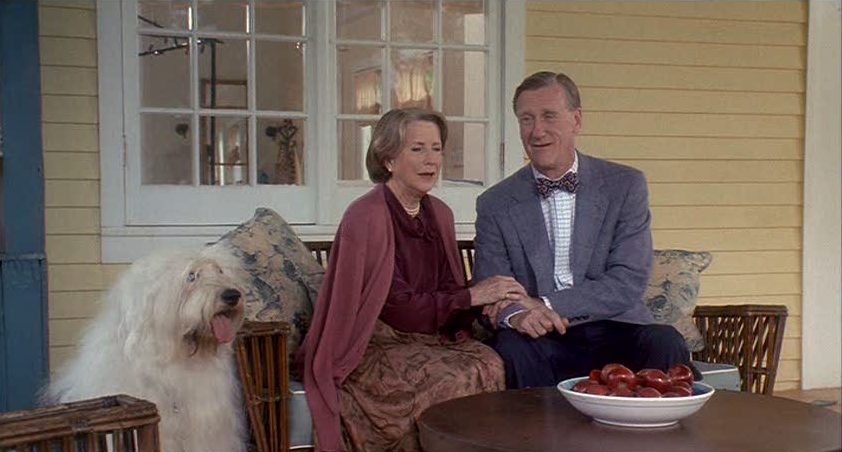 I talked to Debra Wassman, the architect behind the house, who told me there were actually two houses. 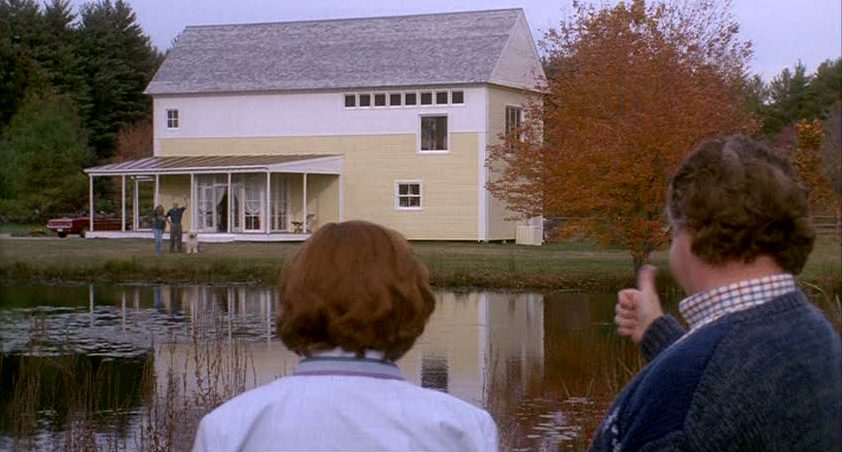 Her company built the first one, which was named House Beautiful’s “Best Small House 1990.” 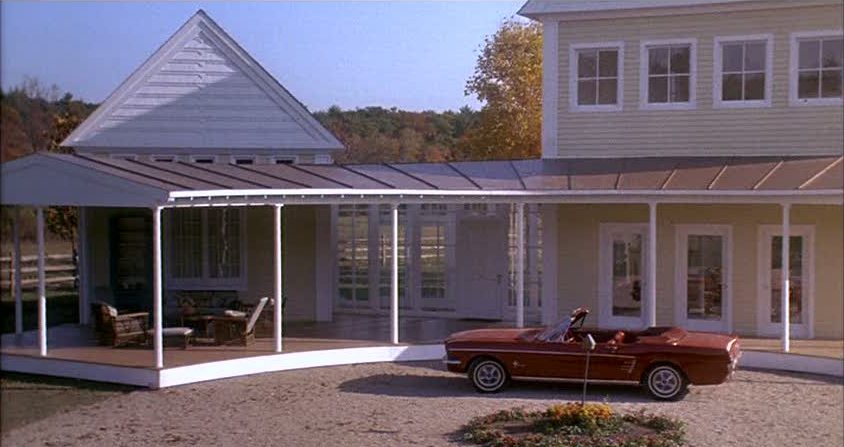 The second was built for the movie as a temporary structure and torn down afterward:

The main difference between the movie house and ours is the center feature of our house was the two-story fireplace not an opening to the kitchen, and we also had a garage.

The film house was a set and torn down; our house was bought and badly renovated, so really both are lost. 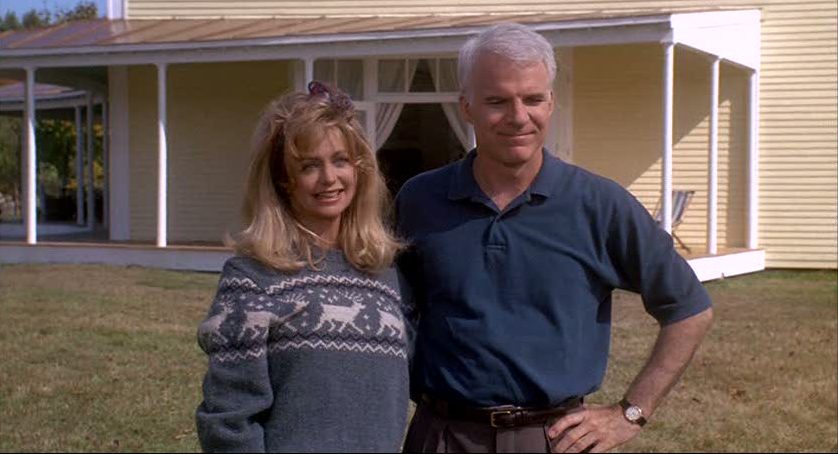 The original plans were built all over the country, and the world; we have seen a few.

I know the changes on the movie house were made for filmability, but also so they didn’t have to pay us a fee!

We got film credit because we asked, not because they offered.

Thanks to architect Debra Wassman. You can see more of her work on Houzz.