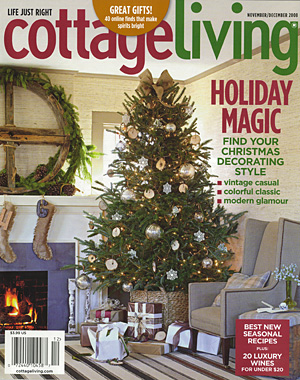 Another popular shelter magazine is shutting down.

Since then, three more magazines — Home, O at Home, and now Cottage Living — have published their final issues.

This is the cover of Cottage Living’s November-December ’08 issue, which will sadly be its last.

With a circulation of 1 million, Cottage Living started out a hot magazine. It had 141 ad pages in its debut issue in 2004, making it the largest launch in terms of pages in the history of Time Inc. It was named Adweek’s Startup of the Year in 2005 and that same year was Advertising Age’s “Launch Worth Watching.”

But its ad-page growth didn’t keep pace with the costly circulation growth, and by last fall its ad picture began deteriorating as the shelter market slumped.

I’m a magazine junkie. I always subscribe to more than I actually have time to read. So I’m always sad to hear when one is closing down. And as a writer, I hate to think of all the people who are losing their jobs.

Which magazine closure surprises you the most?

For me it was O at Home, since everything Oprah touches usually turns to gold. You know the economy is bad when even Oprah’s magazine can’t get enough advertisers! Which of the magazines will you miss the most? 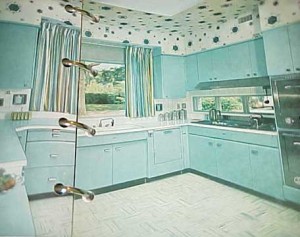