Bravo has just announced that it is “demoting” Todd Oldham to the role of “mentor” for the next season (I assume this means he’ll be the Tim Gunn of “Top Design”?), and they’ve named a new host.

The new host for season 2 of “Top Design” will be model and socialite India Hicks.

Time magazine says: “Top Design has learned from Runway and Chef that you can’t go wrong with a model as host (Top Chef was recast in its second season too, with Padma Lakshmi taking over from Katie Lee Joel). Oldham, a nice guy who always seemed awkward in the reality-host role, will probably be better suited to working as the nurturing mentor.”

According to the press release:

Bravo’s hit series “Top Design” is back with a new season, a new look in high-definition, new producers and a new host.

“Top Design” host India Hicks, is the daughter of famed interior decorator David Hicks and Lady Pamela Hicks. Born in London, England, she was named in honour of her grandfather, Lord Mountbatten of Burma, the last Viceroy to India. Her godfather, HRH Prince Charles, chose Hicks to be a bridesmaid in his wedding to the late Lady Diana Spencer in 1990.

Over the past ten years, Hicks has enjoyed a successful career as a fashion model, being photographed by some of the world’s most renowned photographers for the industry’s top fashion campaigns including Ralph Lauren, Banana Republic, and Bill Blass.

I’m a fan of Bravo’s similar shows “Project Runway” and “Top Chef,” so I had high hopes for “Top Design.” I hope these changes make it more fun to watch this year. 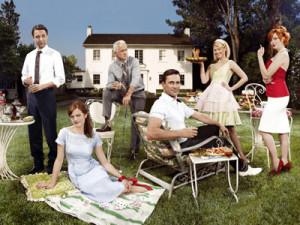 Next Post
“Mad Men” is Back with More Retro Goodness