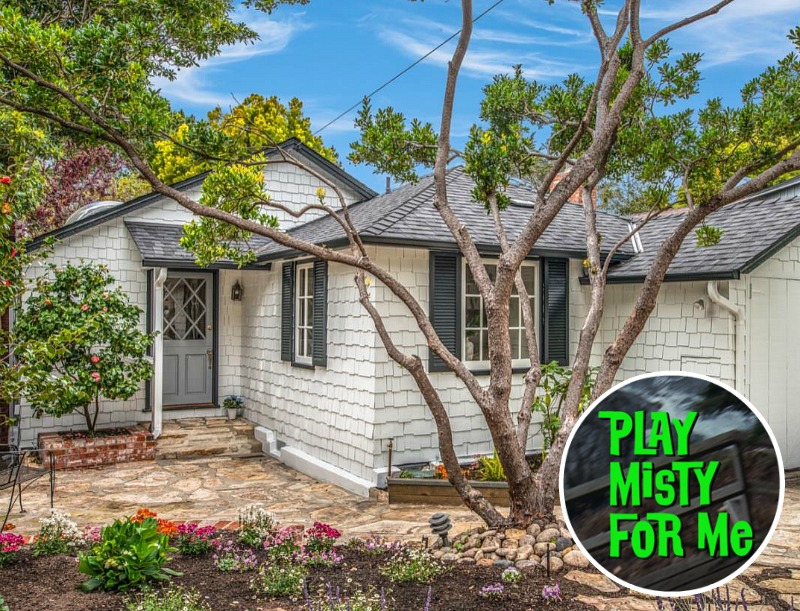 This charming cottage in Carmel, California, is on the market for the first time in 20 years. Its claim to fame is an appearance it made in the 1971 thriller Play Misty for Me, starring Clint Eastwood as a DJ named Dave. Unfortunately for Dave, he has a female fan who becomes just a little too eager to get close to him (that’s an understatement, ha).

Carmel is known for having more than its fair share of charming little cottages like this one. I love the beachy blue and white vibe it has. Take a look!

Note: There are Amazon affiliate links in this post.

The Carmel Cottage from “Play Misty for Me” 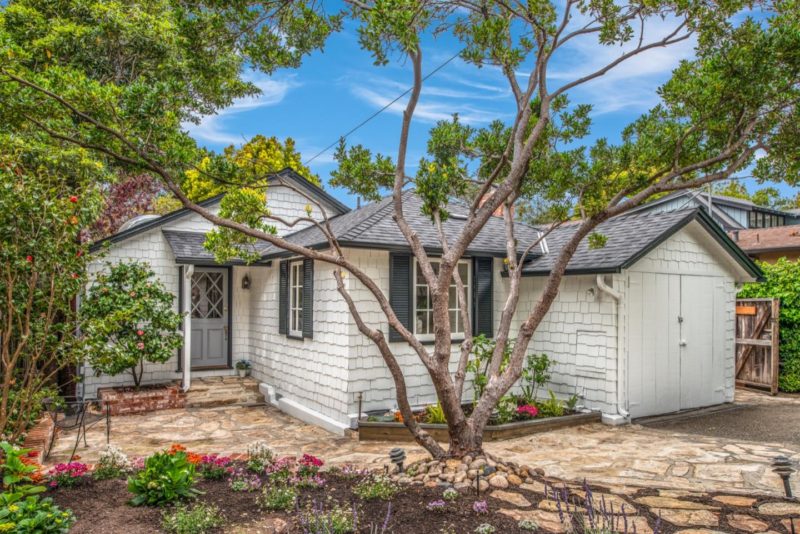 In this shot from the movie you can see Clint Eastwood and his stalker Evelyn,

played by Jessica Walter, in her cottage living room (below): 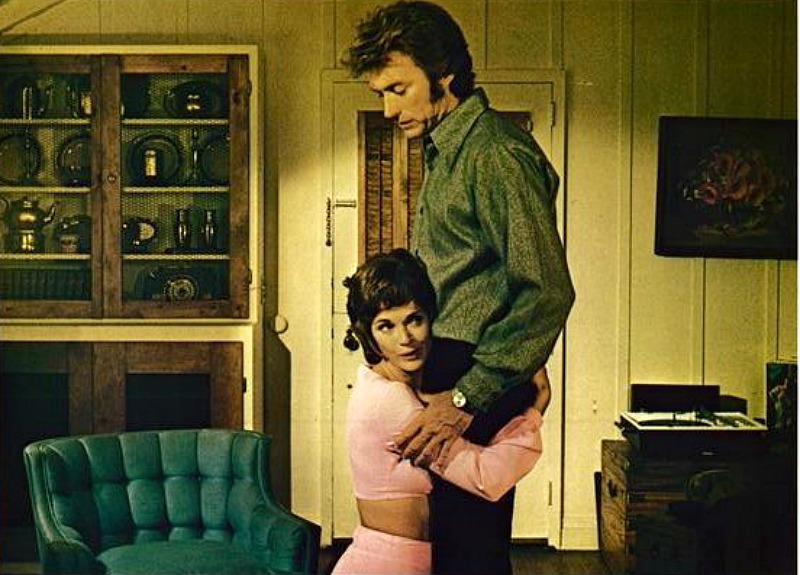 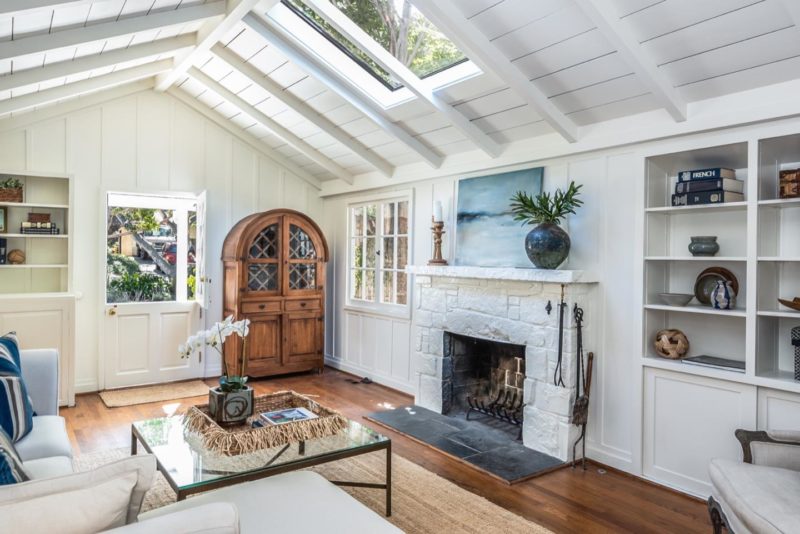 Jessica Walter was nominated for a Golden Globe for her performance as Evelyn.

These days she’s better known for her role as Lucille Bluth in “Arrested Development:” 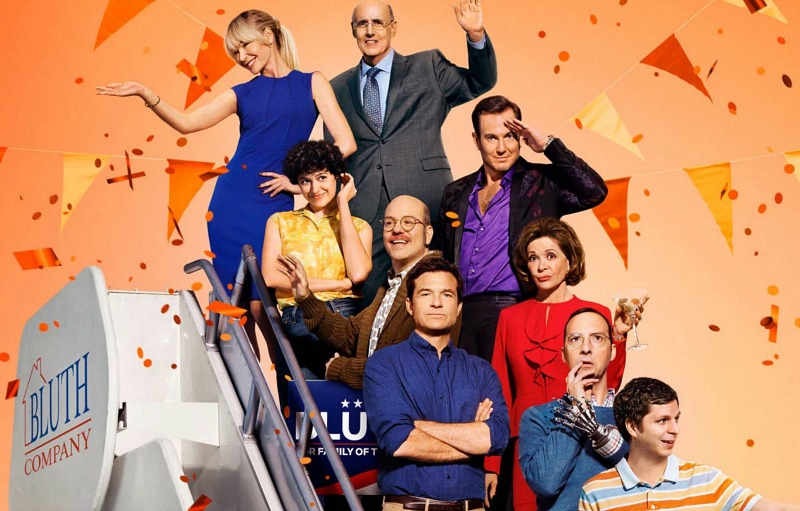 The cottage may be small, but it feels open and and airy with the 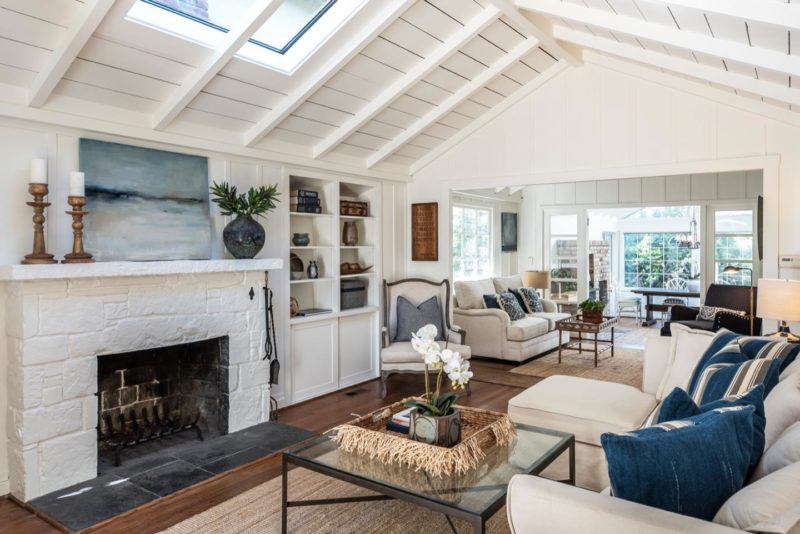 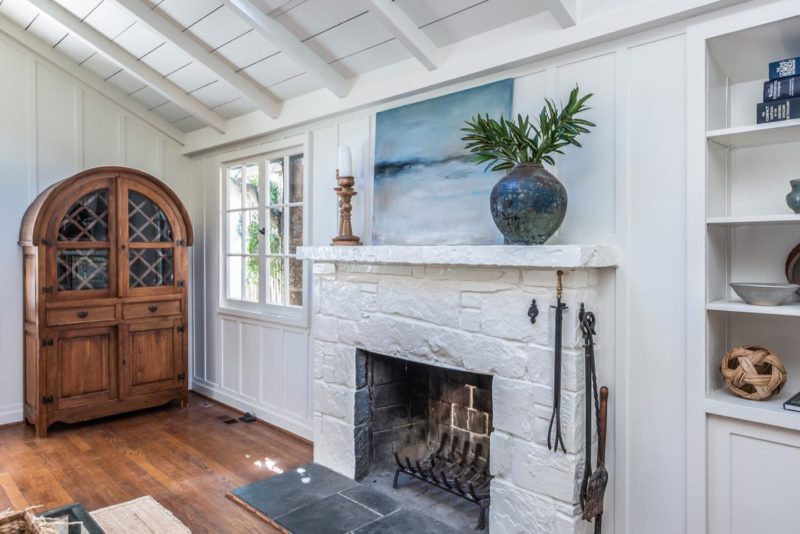 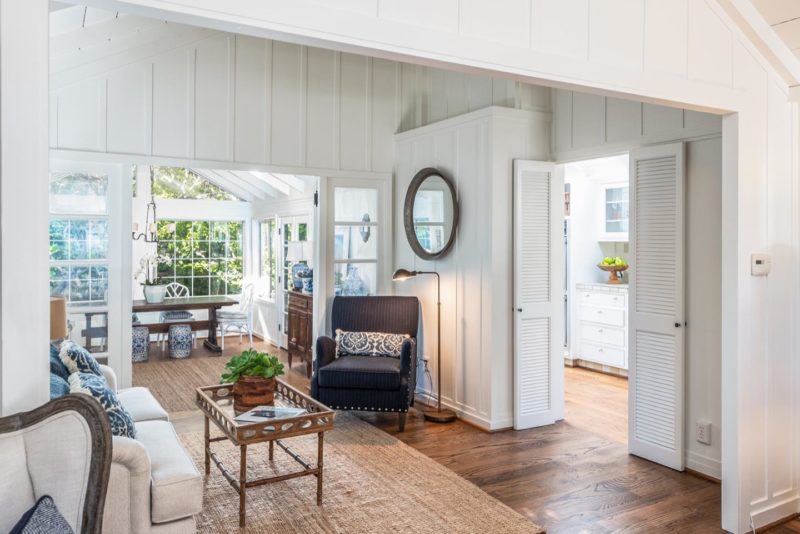 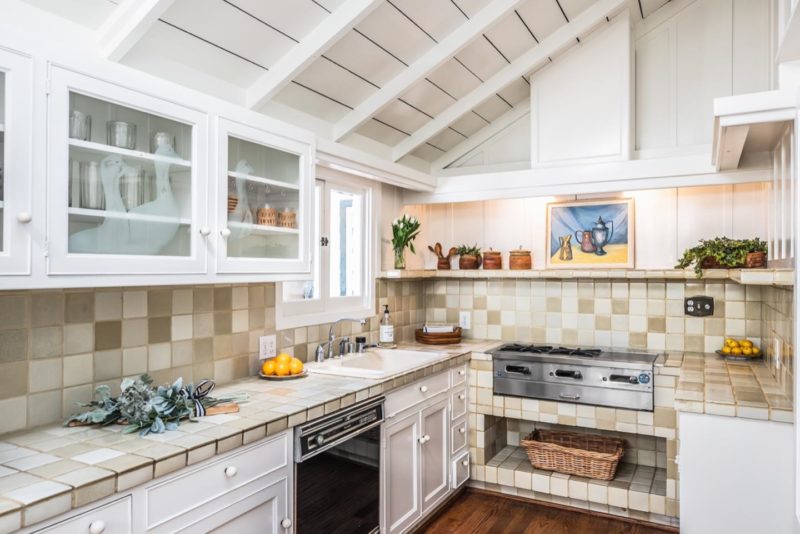 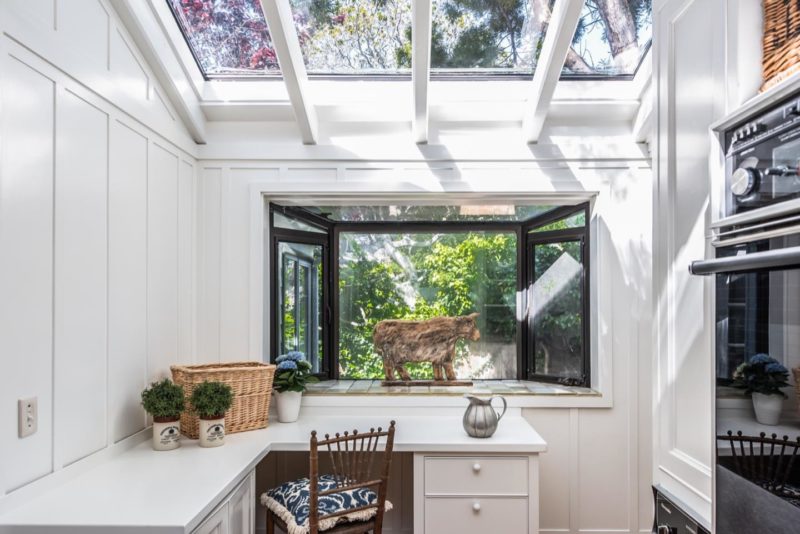 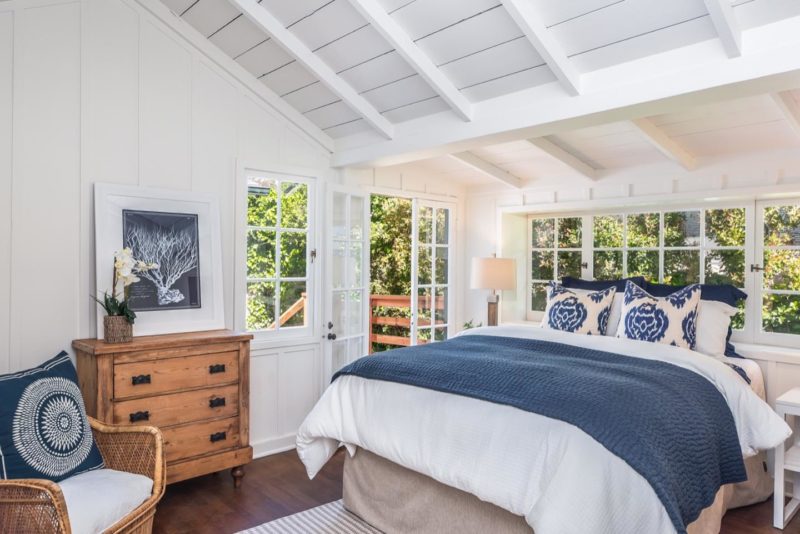 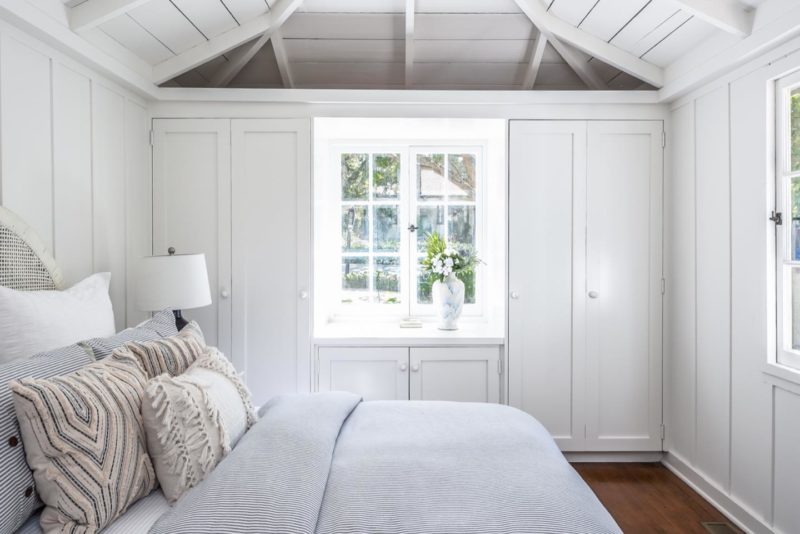 repeatedly calls the radio station to request, and Roberta Flack’s The First Time Ever I Saw Your Face. 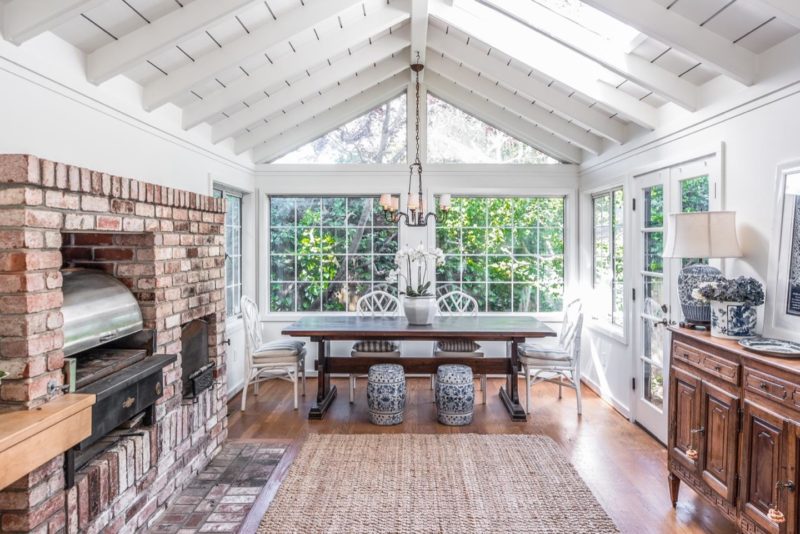 Some fun facts about Carmel-by-the-Sea in California: 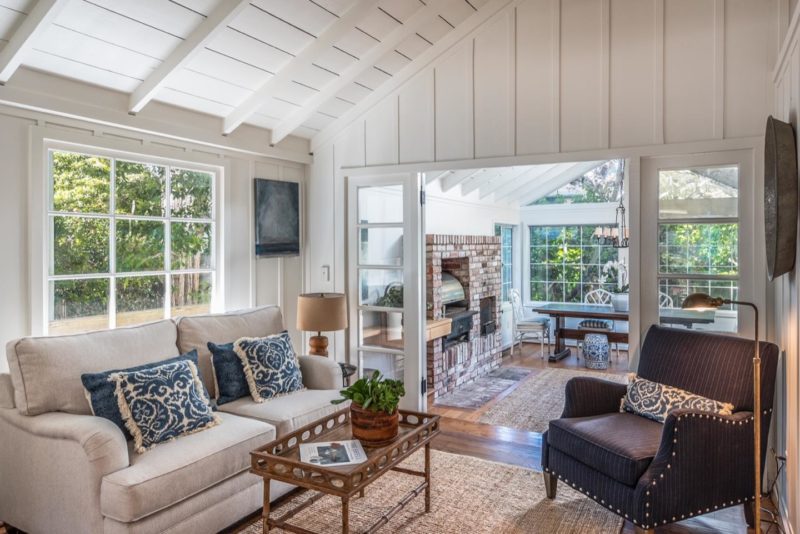 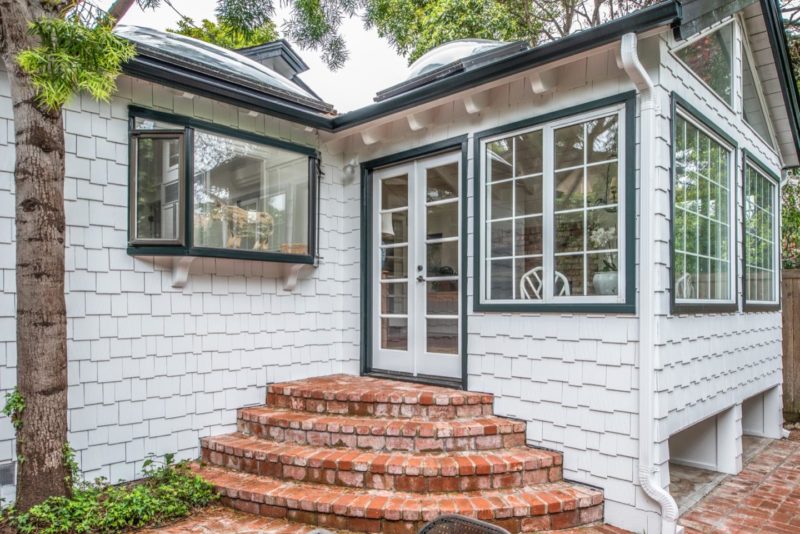 I found Play Misty for Me streaming on Amazon (affiliate link): 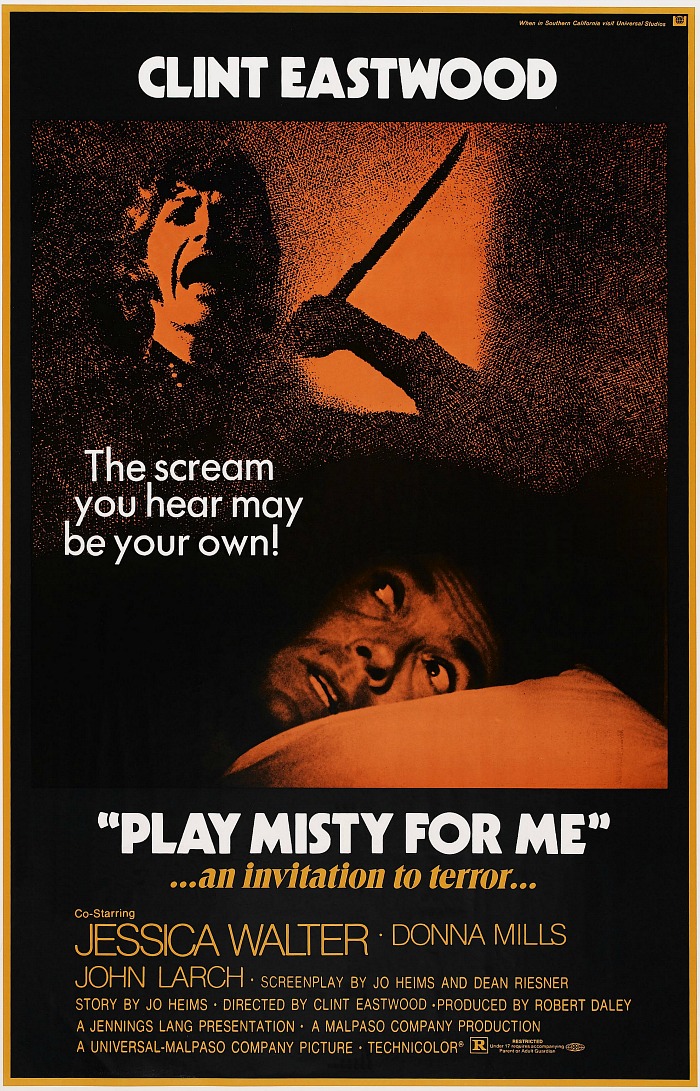 Yikes. Watch it if you dare to accept the “invitation to terror.” 😉 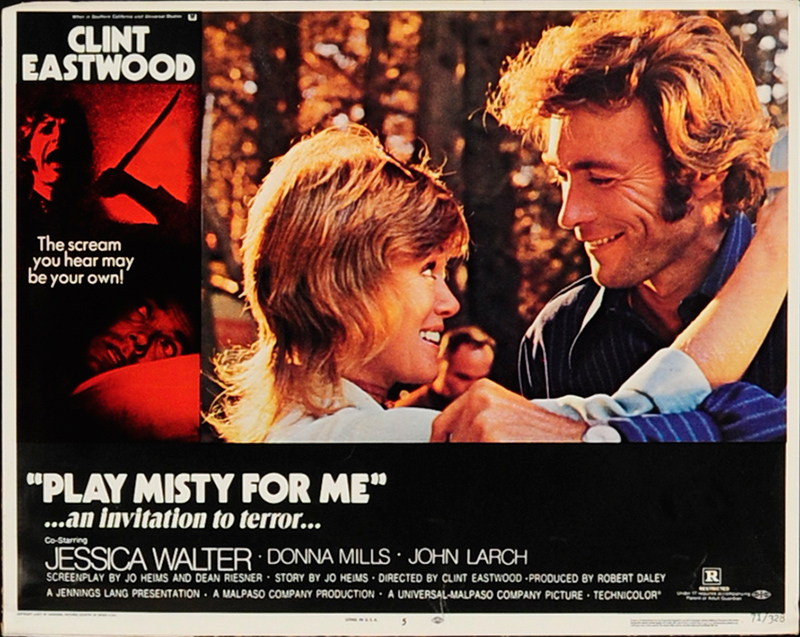 Evelyn did not approve… 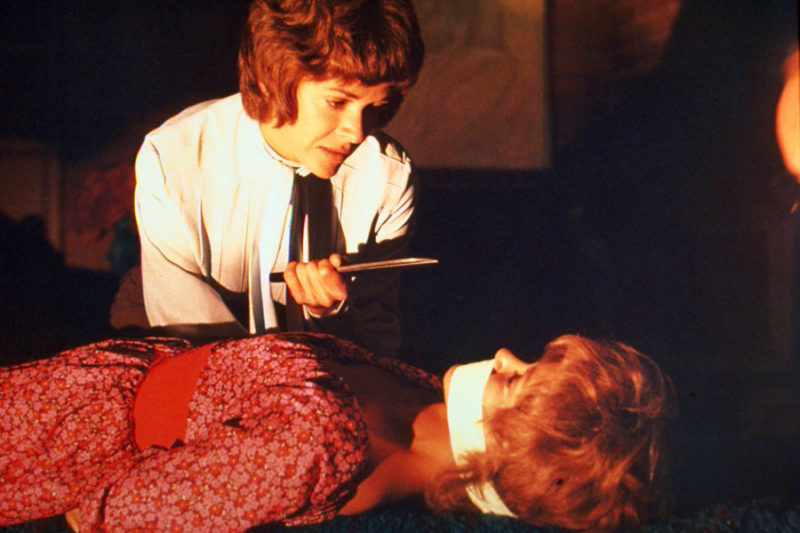 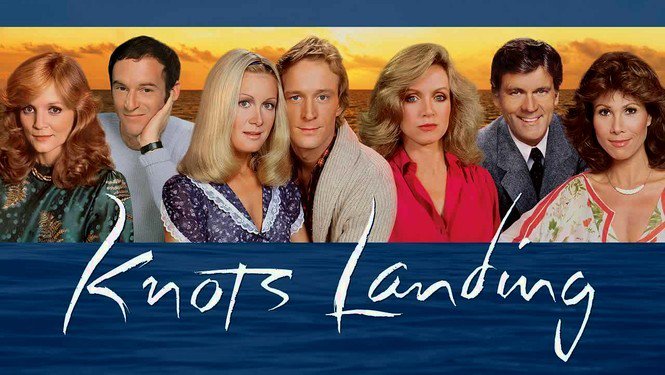 Another house from the movie went on the market recently, too.

According to the listing for 162 Spindrift:

“Misty” the Errol Garner song that was featured in the movie “Play Misty for Me.” This spectacular property was the setting for the final scene in the movie.

Perched on the cliff above the wild and beautiful Carmel coast, this 1.25-acre compound features a completely remodeled three-bedroom, three-bath residence and one-bedroom guest house. From the living room, kitchen, and two of the bedrooms, you can see the ocean in all of its moods. The turquoise and blue water crashing on the rocks below add drama to this serene property, which is completely fenced and private.

Contemporary in style but warm in atmosphere, there are fireplaces in both the main residence and the guest house with a chefs “galley style” kitchen in the main residence. A truly unique and beautiful property in a very exclusive part of the Carmel coast. There are few homes that afford this kind of view and setting this close to the ocean! 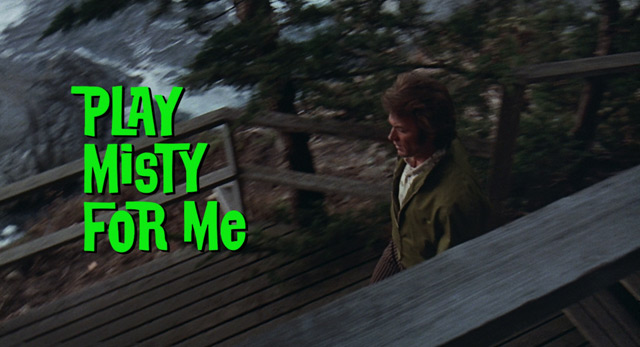 “Play Misty” is notable for being Clint Eastwood’s directorial debut. It was supposed to take place in L.A. but he moved much of the filming to his hometown of Carmel, where he later became mayor for one term in the 1980s.

I had never seen “Play Misty for Me,” so I looked up clips of it online and came across one on YouTube that inserted a laugh track into the movie that turned it into a “comedy.” Pretty funny. 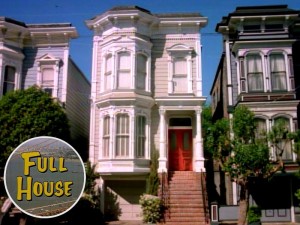