It’s standing empty and looking a little forlorn now, but I think the bones of it are beautiful.

The movie, which is based on a play by Tracy Letts, is “A look at the lives of the strong-willed women of the Weston family, whose paths have diverged until a family crisis brings them back to the Oklahoma house they grew up in, and to the dysfunctional woman who raised them.”

The movie was filmed on location in North-Central Oklahoma, just over the Kansas border. 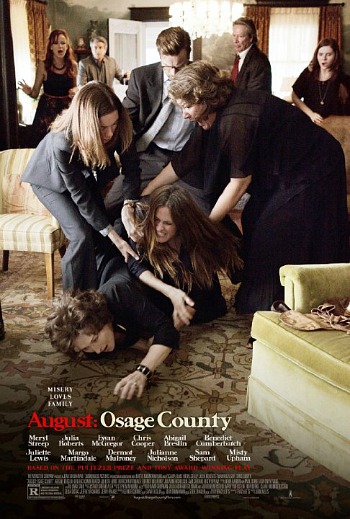 The listing for the farmhouse said:

“Own a part of movie history with this Victorian Tidewater home and surround yourself with peace and tranquility! This is the property that Meryl Streep, Julia Roberts and other filmed the movie August Osage county! Production updated electrical and added security system.”

Here’s a shot of the cast in the movie sitting around the big table in the dining room: 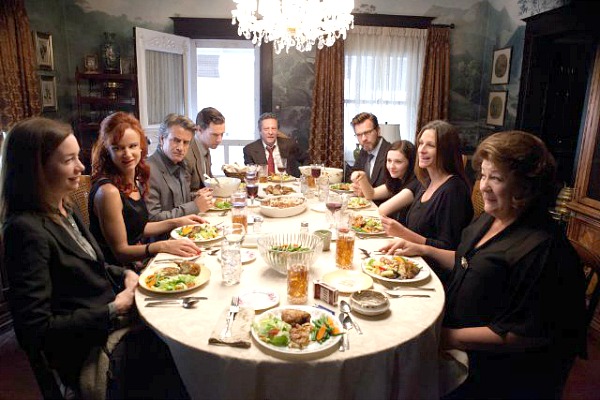 And here’s the same room (and mural) in the listing: 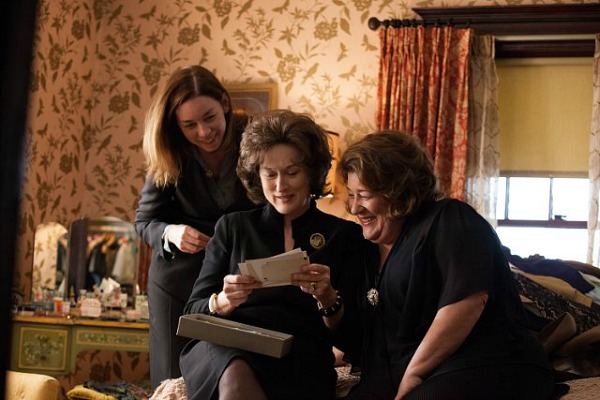 The house has 5 bedrooms but only 1 bath.

The back of the house has a screened porch. 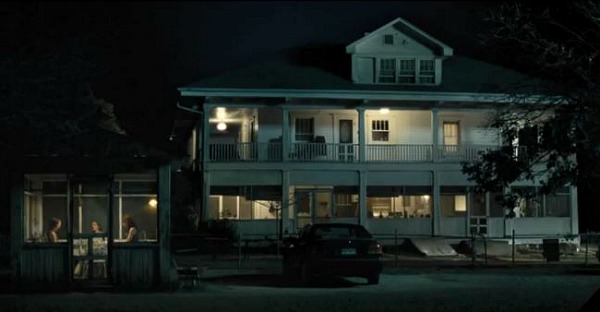 A scene from inside the screened porch: 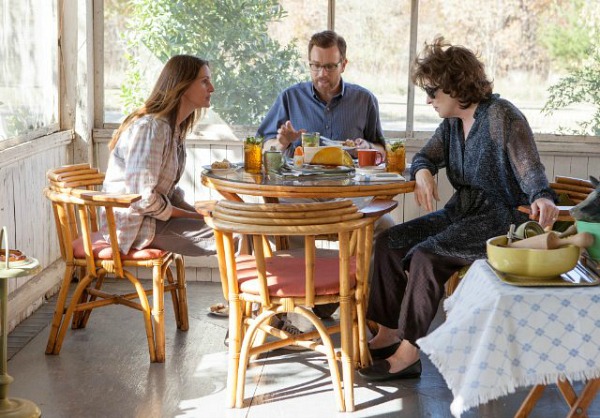 Check the listing for 329 County Road 4860 in Pawhuska, Oklahoma,

for all the photos and information. 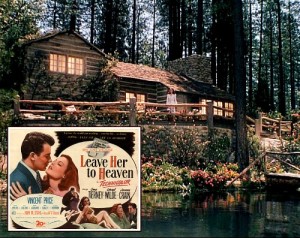