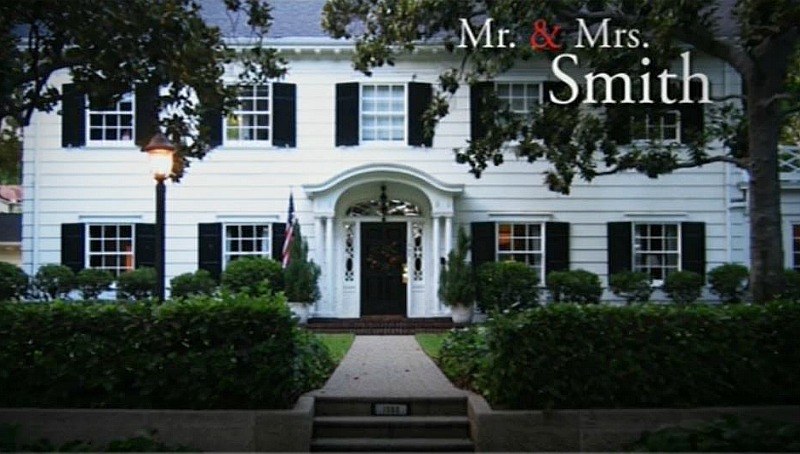 In the 2005 movie Mr. & Mrs. Smith, which became famous for bringing Angelina Jolie and Brad Pitt together, they played a couple of assassins hired to kill each other. As they each try to complete their assignment, they learn more about each other than they could’ve imagined.

Also, they live in this classic Colonial-style house with black shutters. Did anyone else cringe when it got destroyed at the end?

Let’s take a closer look at the Smith house from the movie, along with the interior sets that were built on a separate soundstage. 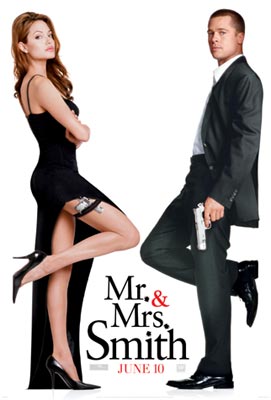 When you step inside the Mr. & Mrs. Smith house, the interiors are a complete surprise, just like the characters who live in them.

The interiors were sets created on a soundstage. They were designed by Victor Zolfo, who also worked on films like The Case of Benjamin Button.

He says he gets fan mail from all over the world from people who love the rooms he created for this movie.

The house where exteriors were shot is located in Pasadena, California. 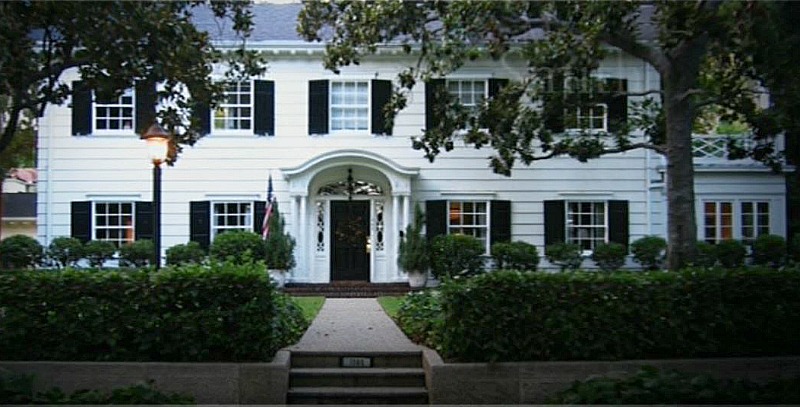 The sets were a mix of traditional and modern design that was ahead of its time in 2005.

It’s interesting to see all the beige and brown tones used, though.

If the movie had been made a few years later, it would’ve most likely been shades of gray.

Mrs. Smith has a double oven in the kitchen that’s more deadly than it looks.

The lower one opens to reveal her stash of weaponry: 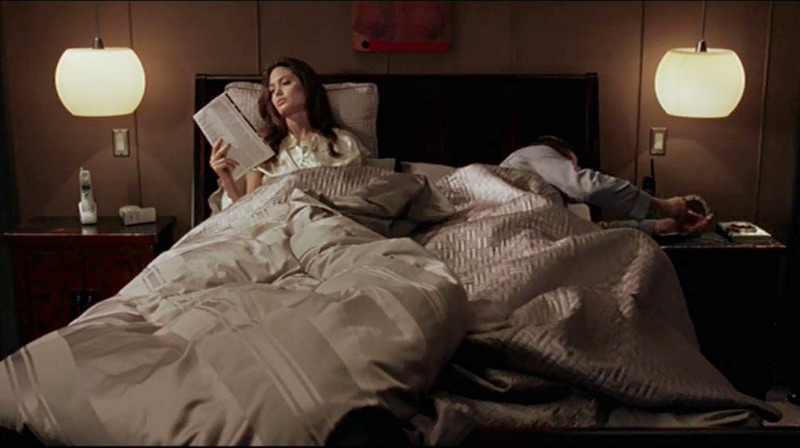 Nicole Kidman and Johnny Depp were originally cast as Mr. and Mrs. Smith.

The scenes of the house being destroyed were hard to watch!

Jane Smith tells their marriage counselor, “We redid the house together.”

No houses were actually harmed during the filming, however. 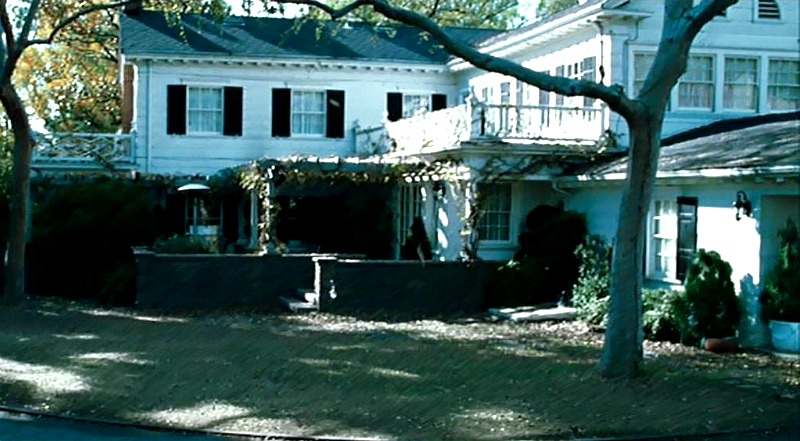 I get asked a lot whether this is the same as the Father of the Bride house:

Nope! They do look similar, but they’re not the same.

In this movie it worked as an effective cover for paid assassins like John and Jane Smith because none of their neighbors could have imagined what was going on inside! 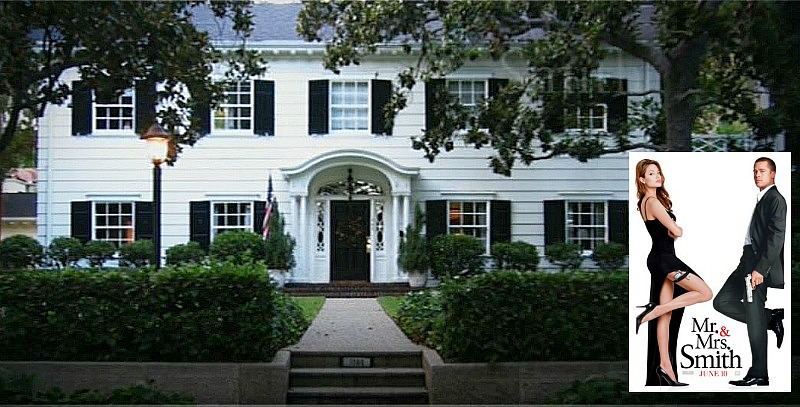 You can see how the house looks today on Google Streetview and learn more at Redfin.

Visit my Movie Houses page to see more, including the one from “Father of the Bride.”

Previous Post
Mary Richards’ Apartment on “The Mary Tyler Moore Show”
Next Post
Behind the Scenes: Filming at the Stone Farmhouse in “Marley & Me”