Lane’s character Sarah was a preschool teacher who was miraculously able to afford a house like this, which, according to Realtor.com, is worth over a million dollars today.

But, hey, that’s okay with me because the reality of her living in a tiny one-bedroom apartment would not have been nearly as much fun to watch!

The real bungalow where they filmed exterior shots is on Elizabeth Street in Pasadena, California, while the interiors were sets created on a soundstage at Warner Bros. Take a look! 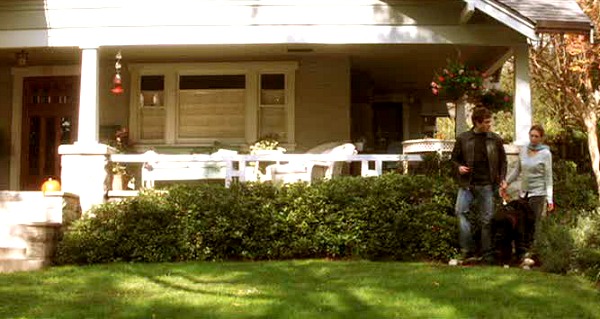 The movie, based on a fun novel by Claire Cook, is about fortysomething Sarah, a divorced preschool teacher who is looking for love with lots of (unwanted) help from her family.

The movie has an all-star cast, including Christopher Plummer as Sarah’s dad (love him!), Stockard Channing as his girlfriend from the trailer park, Dermot Mulroney as the guy who looks like Mr. Right, and John Cusack as the real deal. 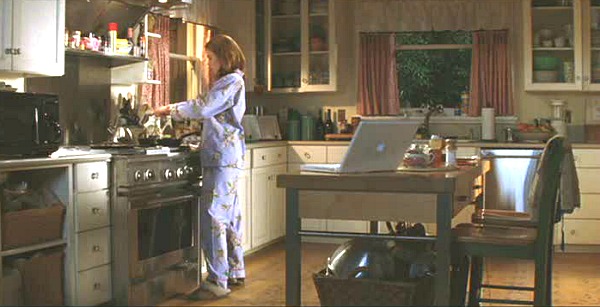 Sarah has filled the built-in shelves between the dining room and kitchen with colorful pottery and Fiestaware. 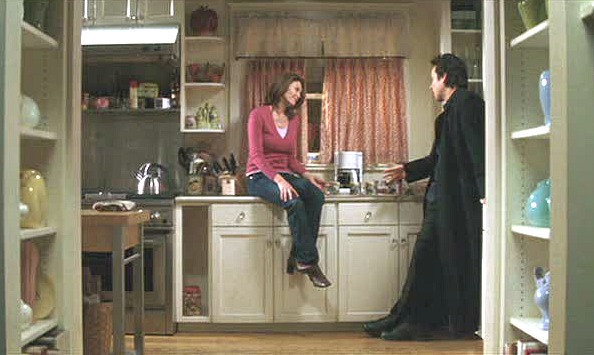 If you look at the photos of the real interiors you can see a similarly tiled fireplace to this one: 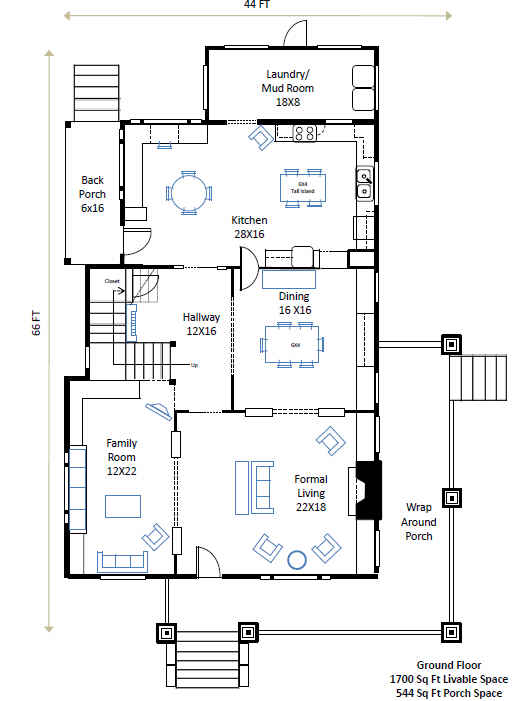 A reader named Paul sent me the floor plan he worked out for the first floor of this house.

He says his wife told him she wanted to live in a house like this someday, so he put this together for her.

See how the house at 1181 Elizabeth Street in Pasadena looks today and learn more about it:

Redfin, Streetview, Home Shoot Home, and I Am Not a Stalker.