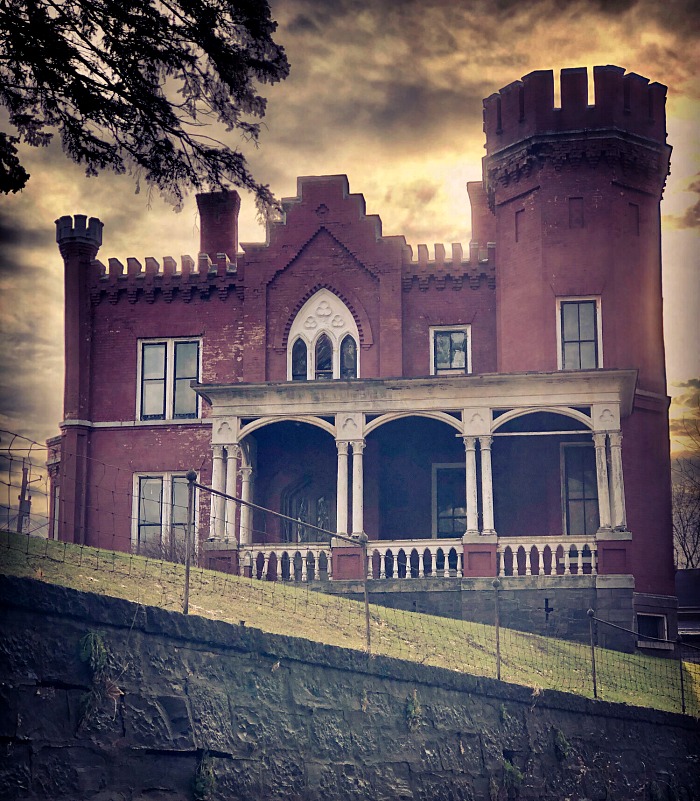 If you’ve always wanted to live in castle, and you aren’t afraid of houses that might be haunted, then here’s your chance to own one! They’re looking for someone who loves historic houses and is willing to put a lot of work into fixing one up.

The auction for this Gothic Revival mansion in Auburn, New York, starts with bids at $25,000, but you have to get yours in before the clock strikes midnight on Halloween.

It was built in 1871 for a man who had come to America from Glasgow and wanted it to resemble a Scottish Manor. Locals refer to it as “The Castle,” or “The Auburn Castle,” and are eager to see it restored.

But Nervous Nellies beware. A group of ghost hunters called Soul Searchers was called in after reports of paranormal activity inside the house and concluded, “There’s definitely spirit activity.”

Current homeowner Patrick Connelly started the renovation in 2016 and is hoping to find someone willing to continue it. Take a look! 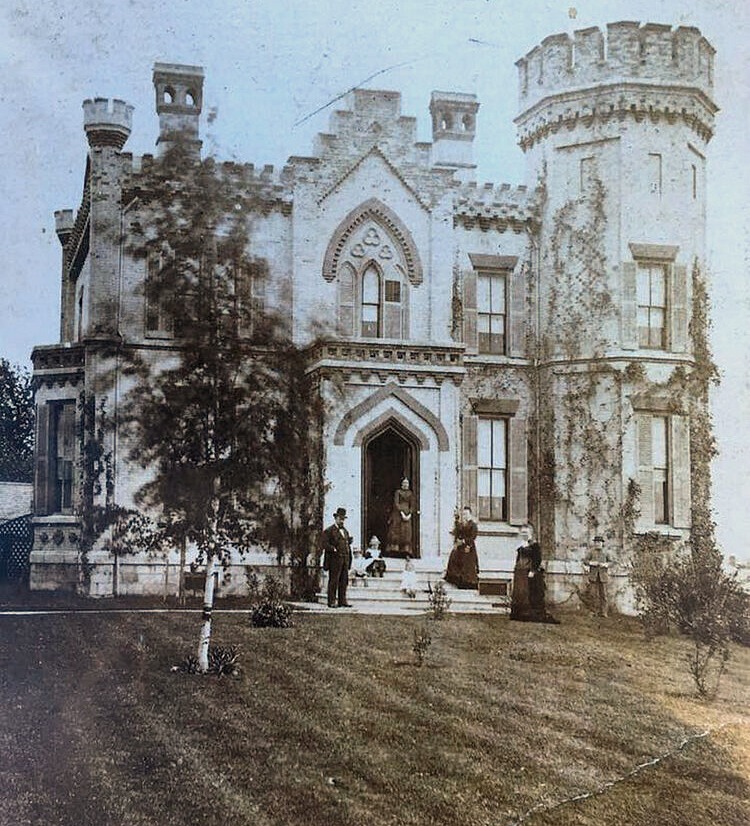 as incentive to move to New York and become the Superintendent of the Auburn Woolen Mill. 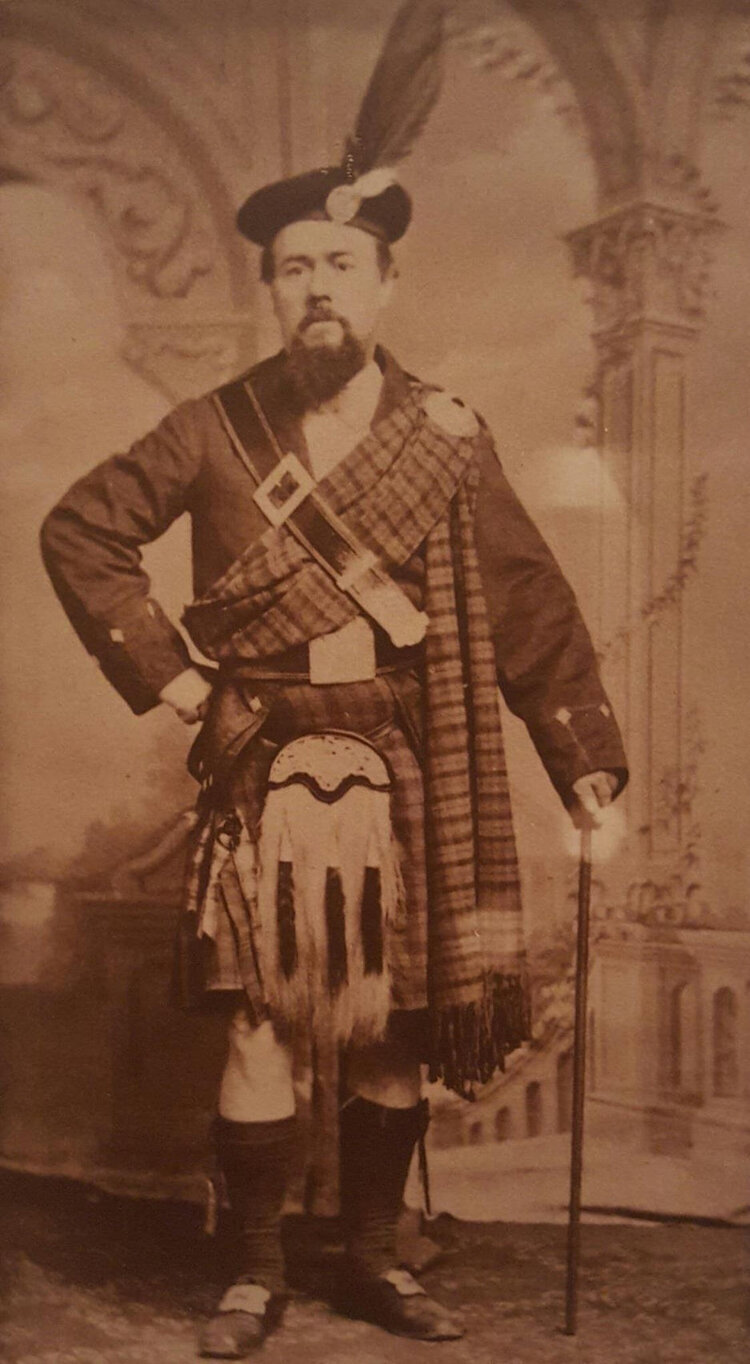 Scottish-style castle overlooking the mill on the Owasco River: 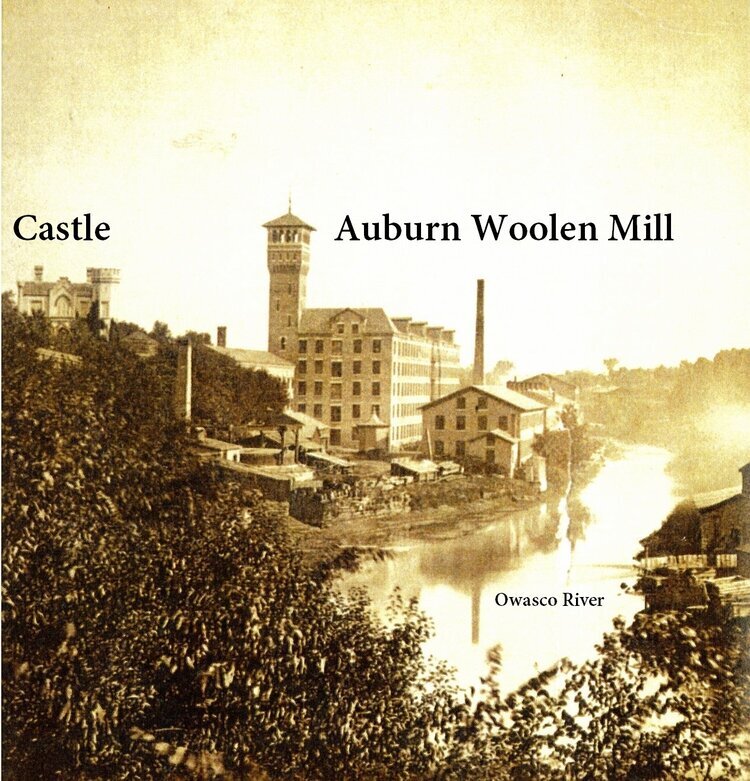 Samuel lived in the house with his wife Jeannie and their ten children, three of whom died as infants.

Jeannie died in 1890 and the funeral was held at The Castle, attended by “throngs of mourners.” 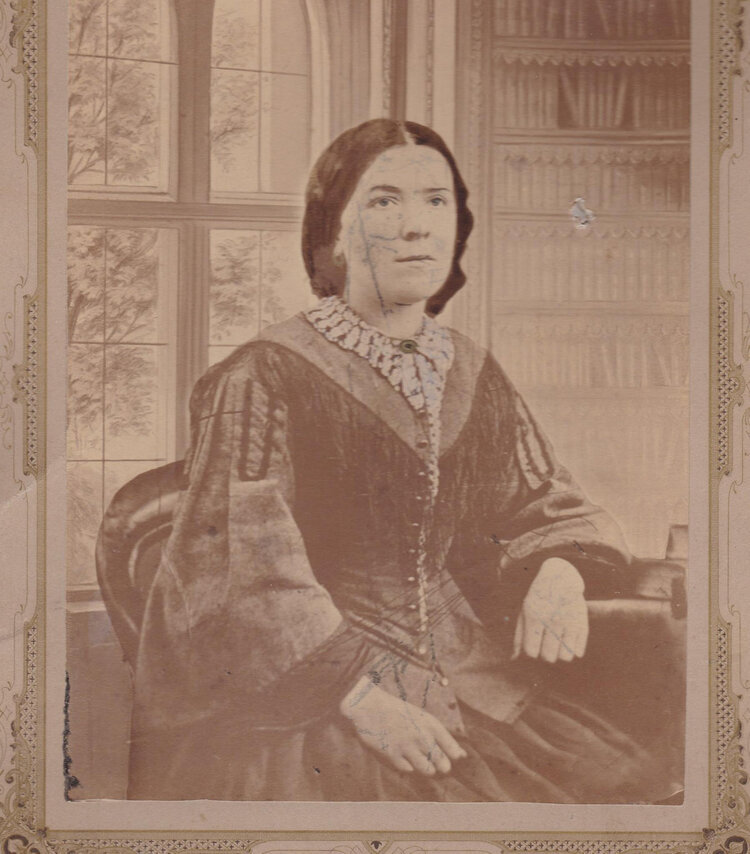 A postcard from the early 1900s shows it looking like this: 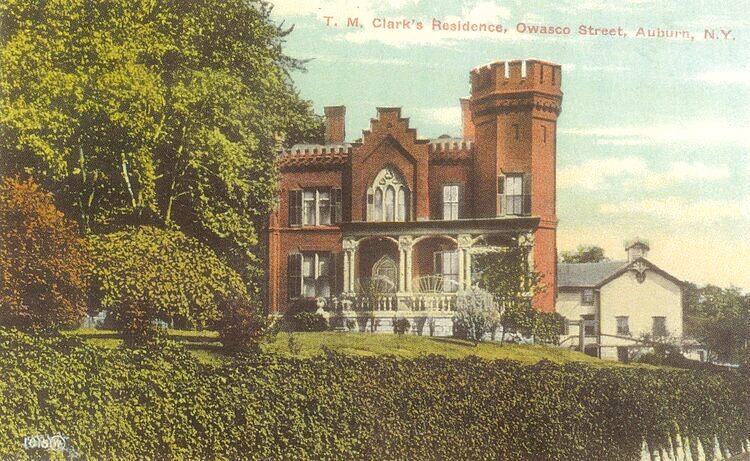 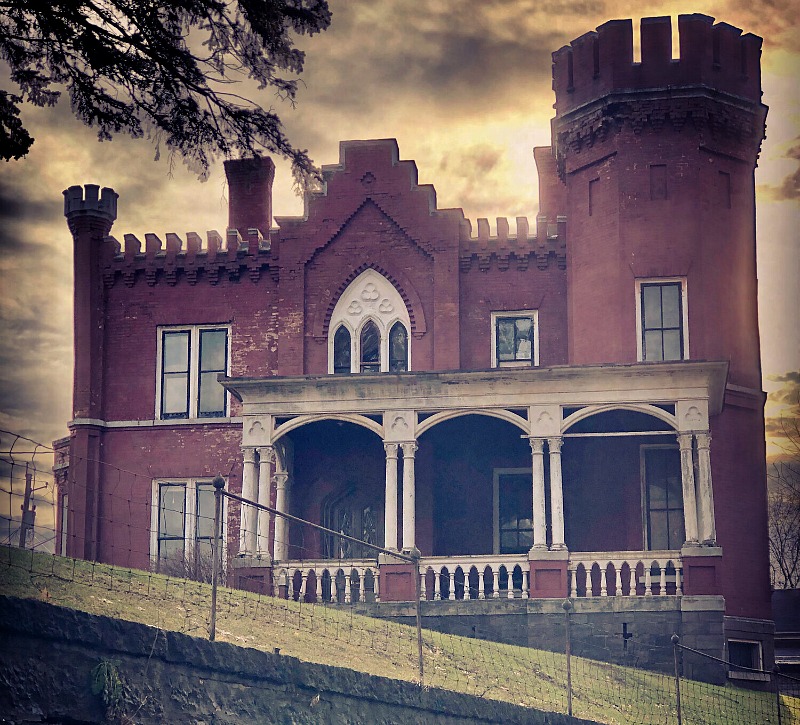 None of the former owners significantly altered the house over the years,

on the staircase and fireplace, and stained glass windows. 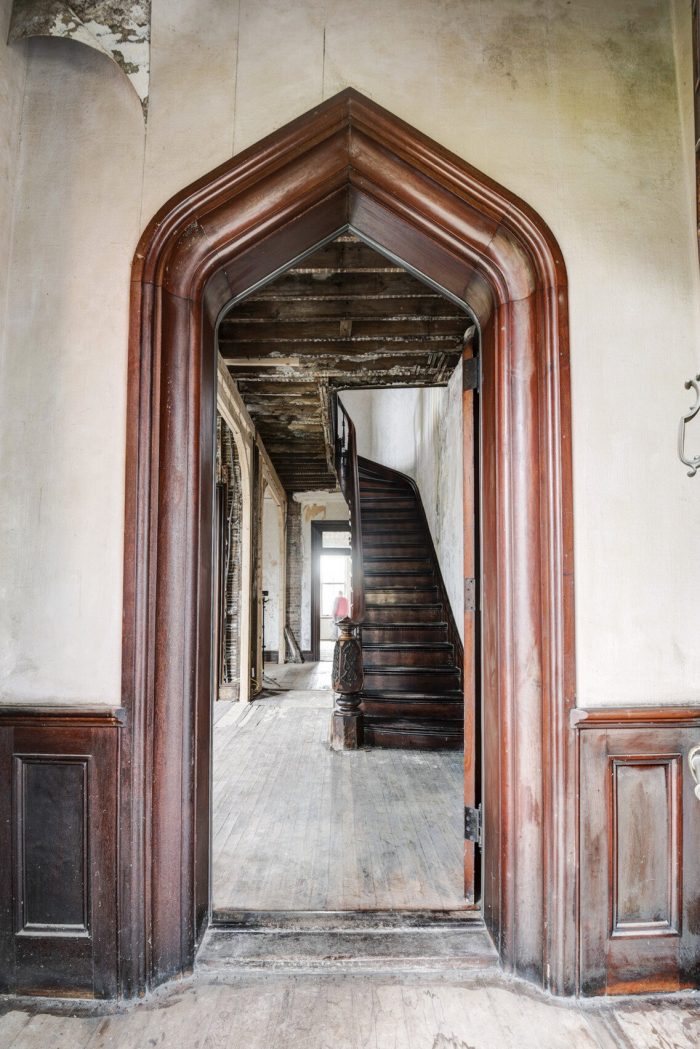 The house was designed in the late 1800s by Nelson Hamblin. 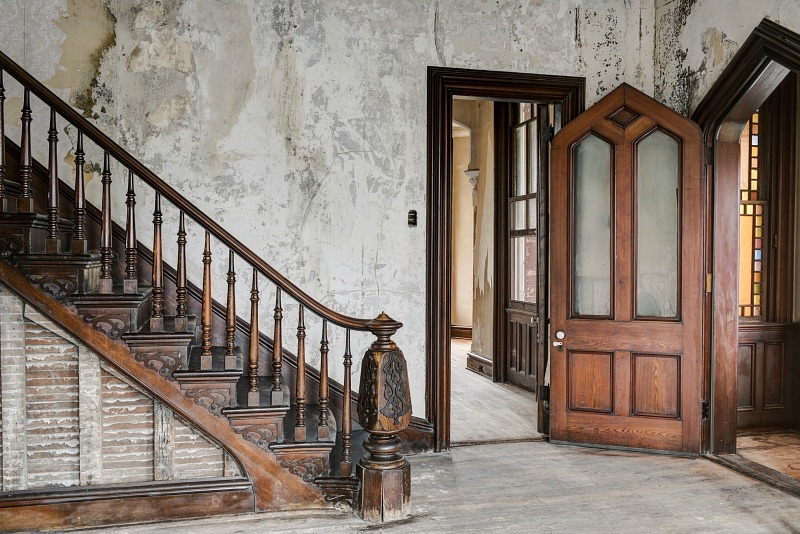 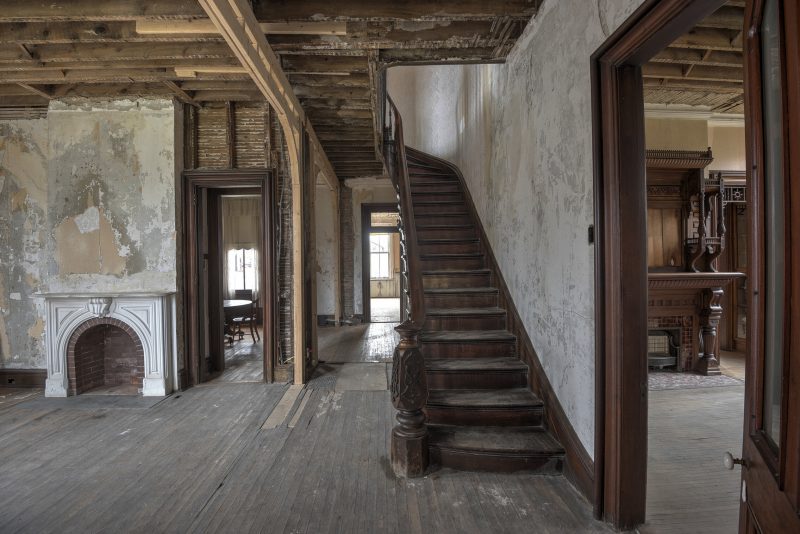 There are four fireplaces in the house. 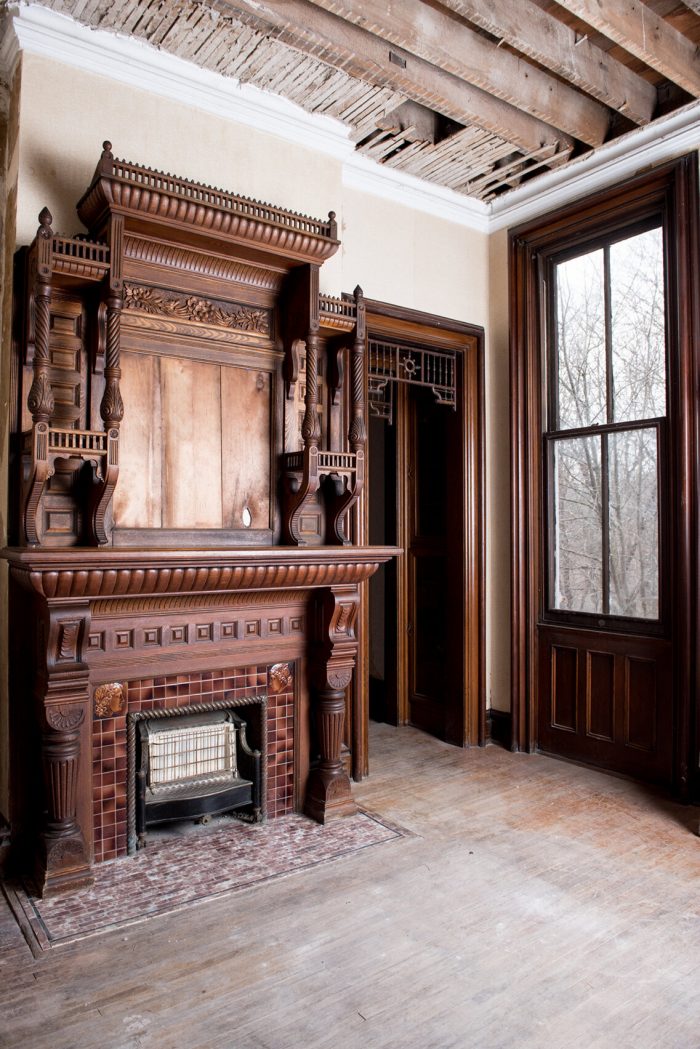 The rooms have been stripped down and are ready to be restored. 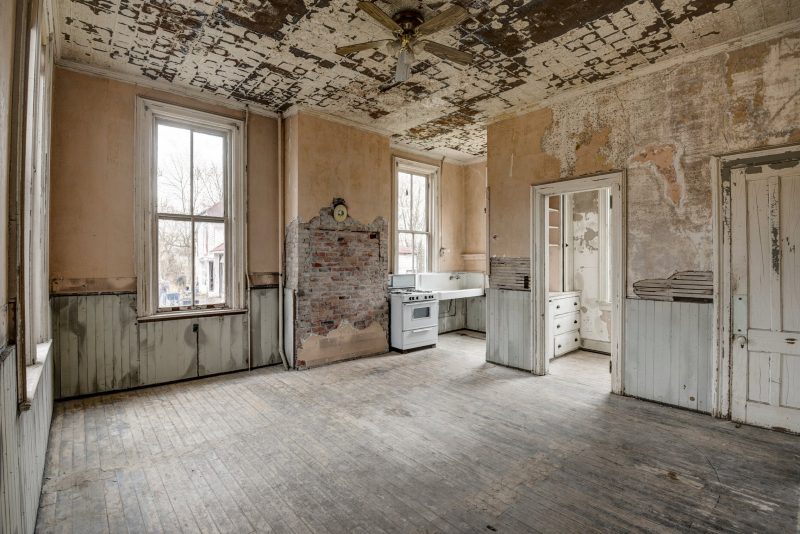 The house is occasionally rented out for film crews. 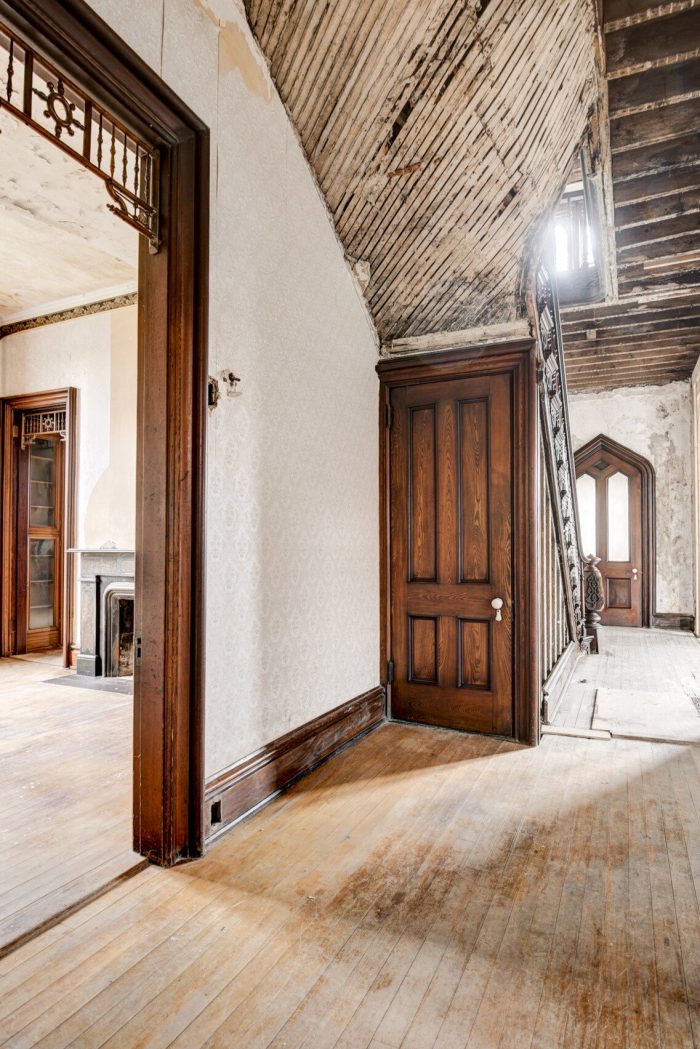 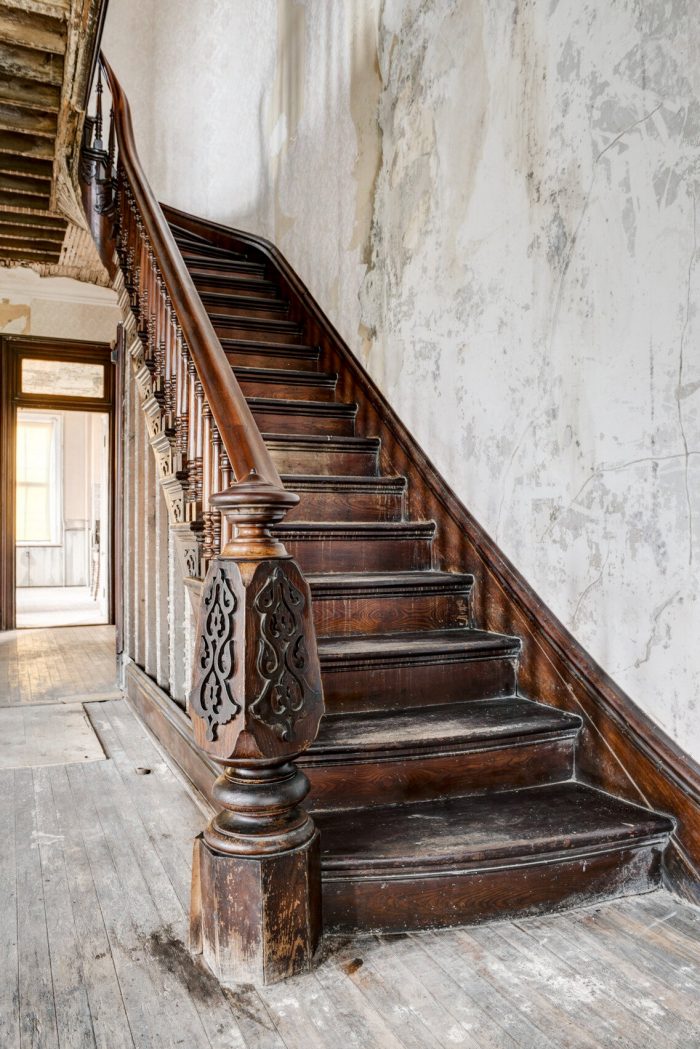 one bathroom, and a kitchen with a butler’s pantry and a back staircase.

It also had a carriage house in back. 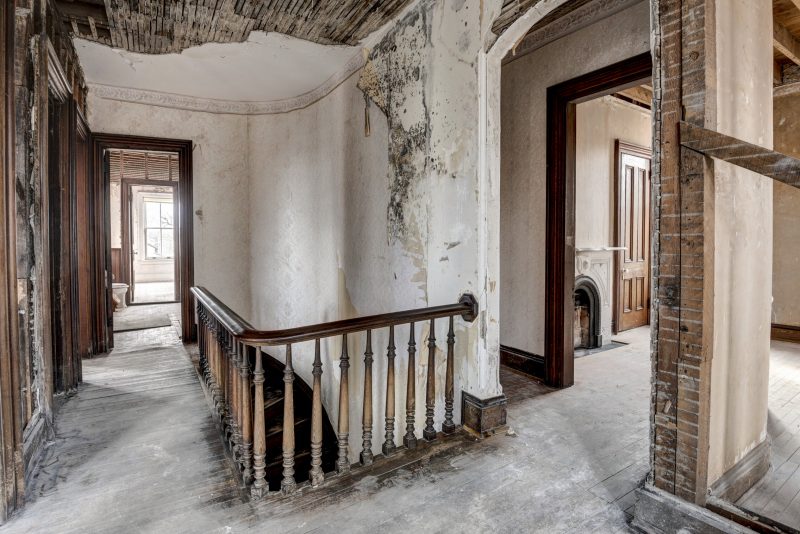 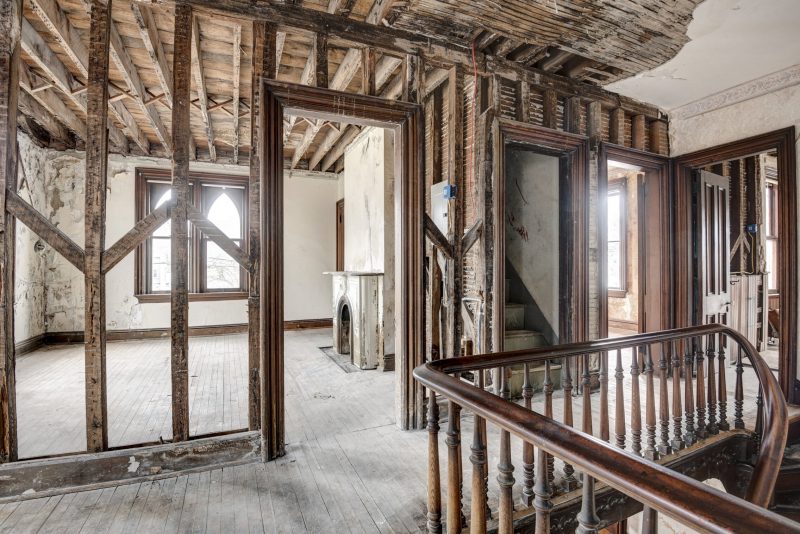 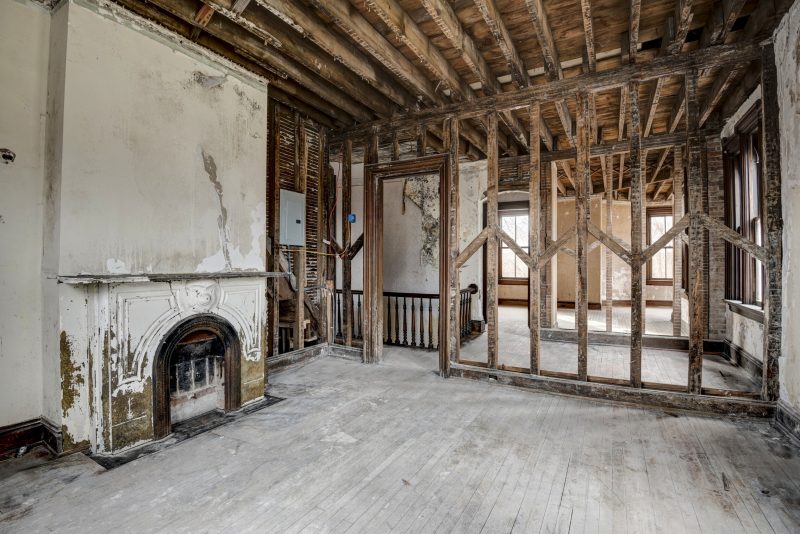 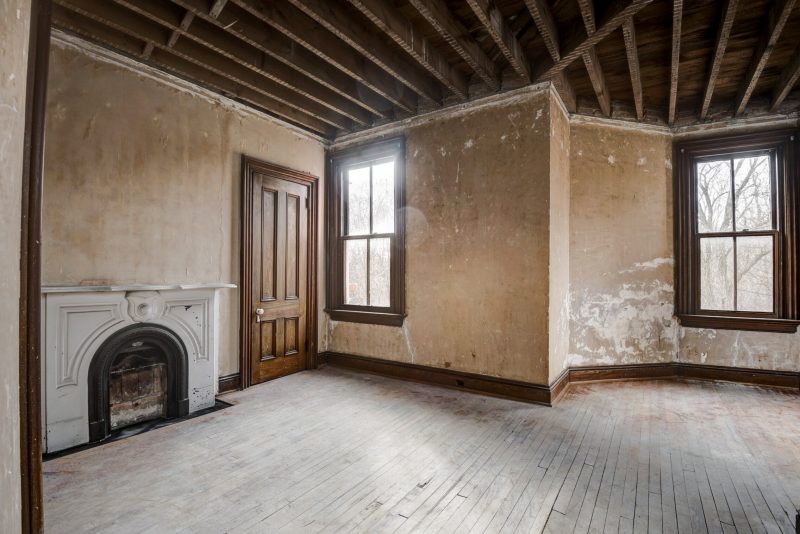 The Auburn Castle has 3 stories and 3,400-square-feet. 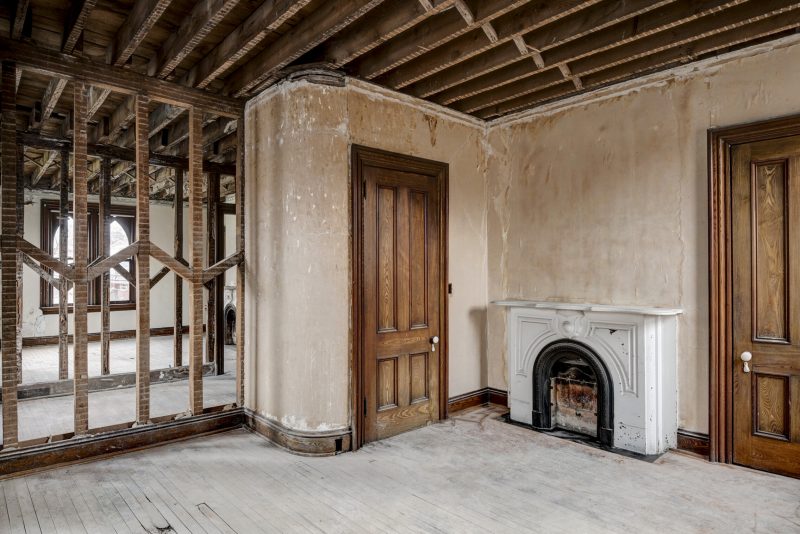 These types of properties are best suited for auction given that there are no true comparables for the Castle which to base an accurate fair market value appraisal. 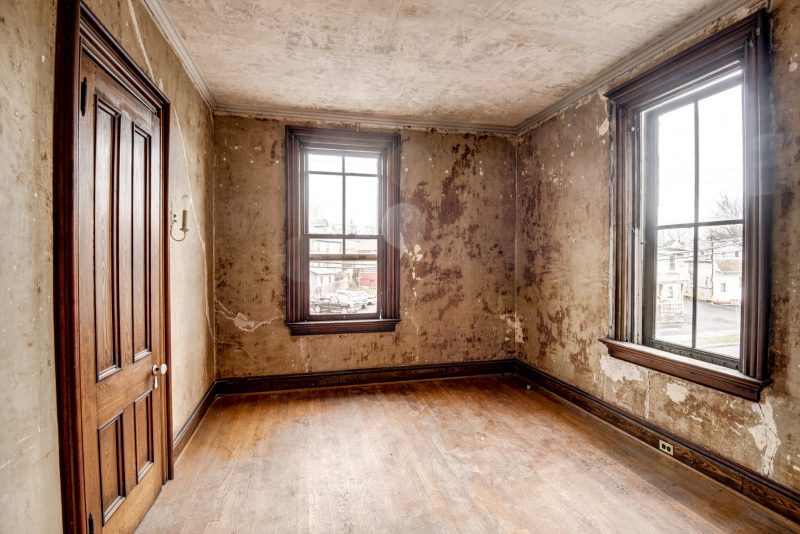 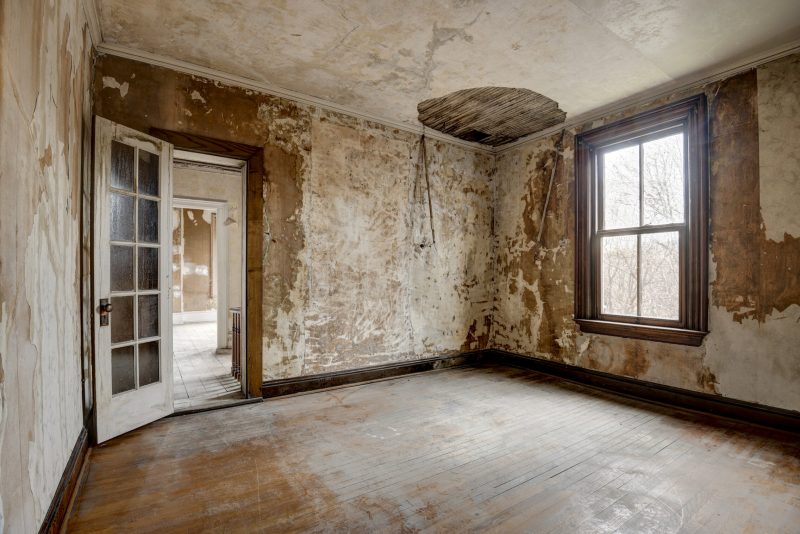 DeRosa says there’s been a lot of interest in The Castle from paranormal enthusiasts. 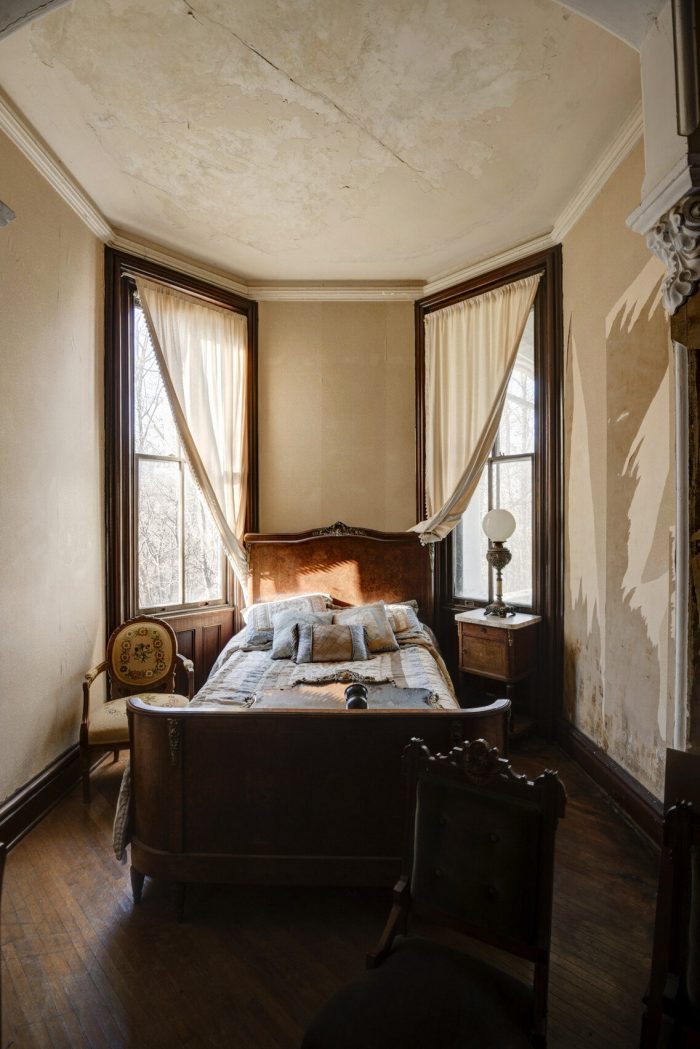 “multiple reports of paranormal activity inside the mansion.” 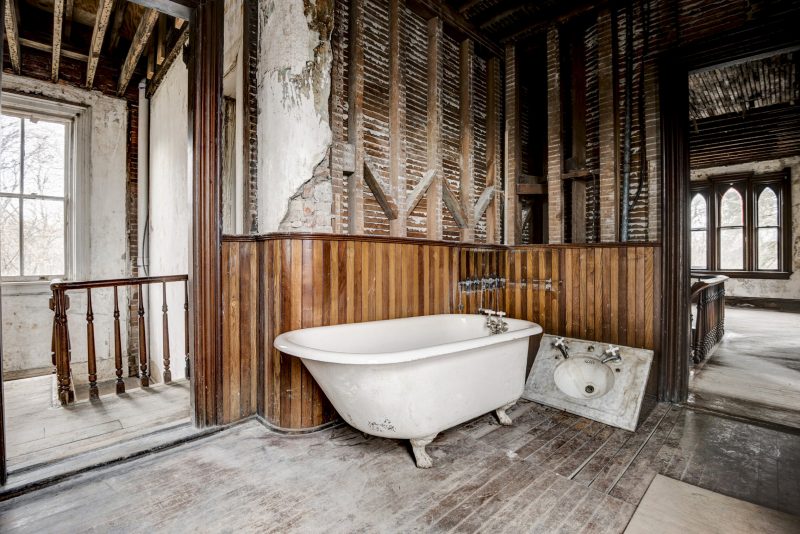 Paranormal Investigator Shawn Dibello says he caught a voice on tape saying “Please help me!” at the bottom of the stairs. A previous owner reportedly died after falling down them.

They claim they also detected other voices and shadowy figures with their special equipment throughout the house. 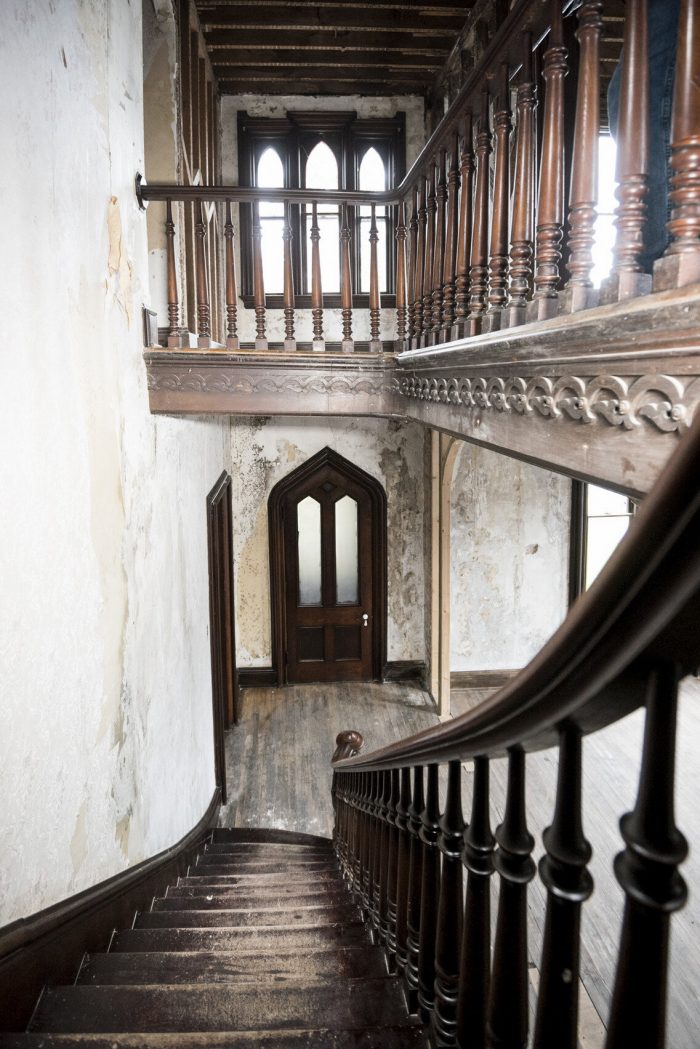 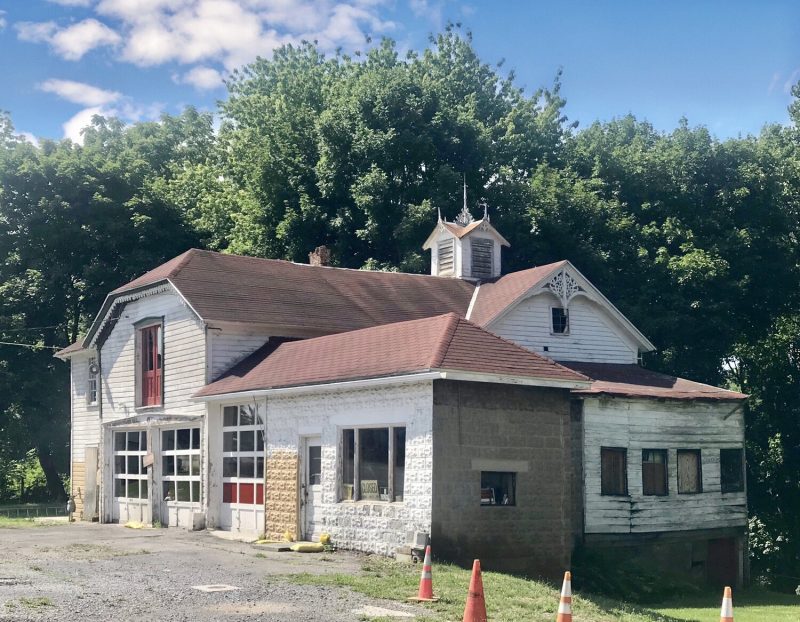 The Castle housed several more of the mill’s superintendents before the Pastushan family bought it in 1929. They owned it for more than 85 years.

While residing in the home, Nicholas and Mary Pastushan turned the carriage house into an auto painting shop and gas station, Quick as a Wink Oil Co., in the 1930s. 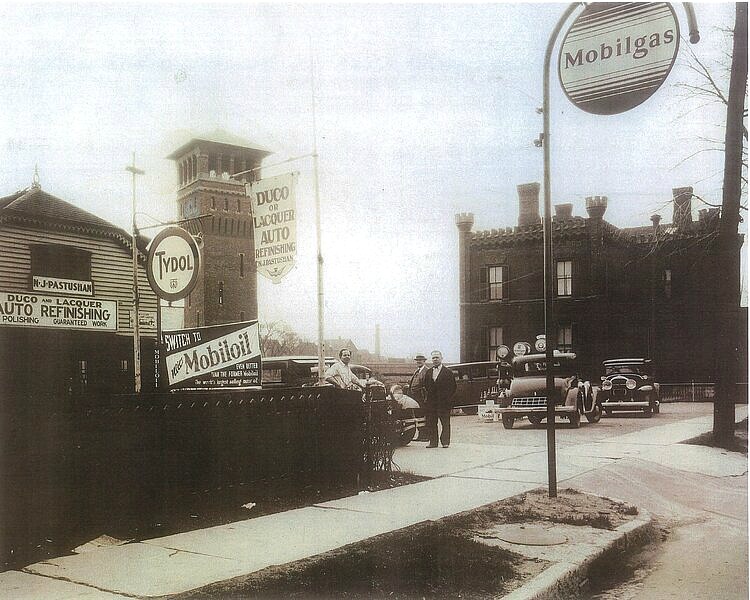 The house is not currently placed on the National Register of Historic Places but is eligible. 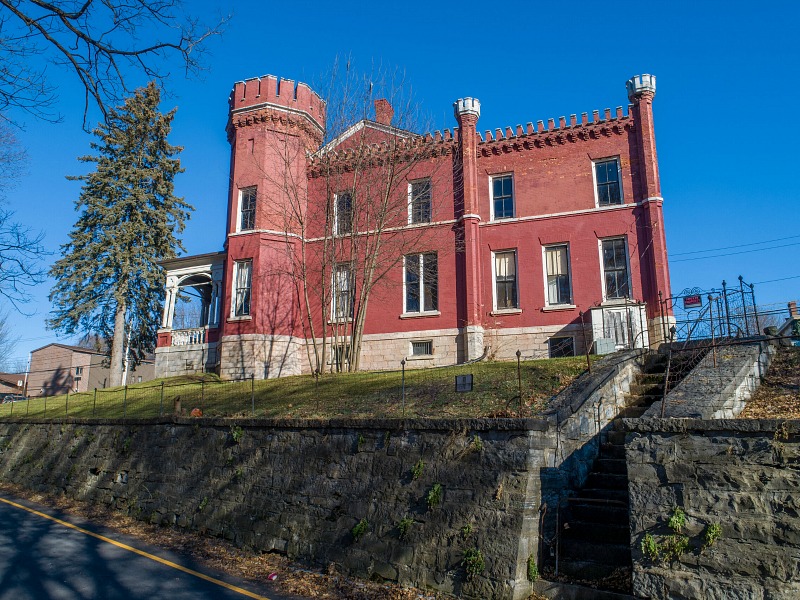 For more information about the Auburn Castle at 45 Owasco Street: 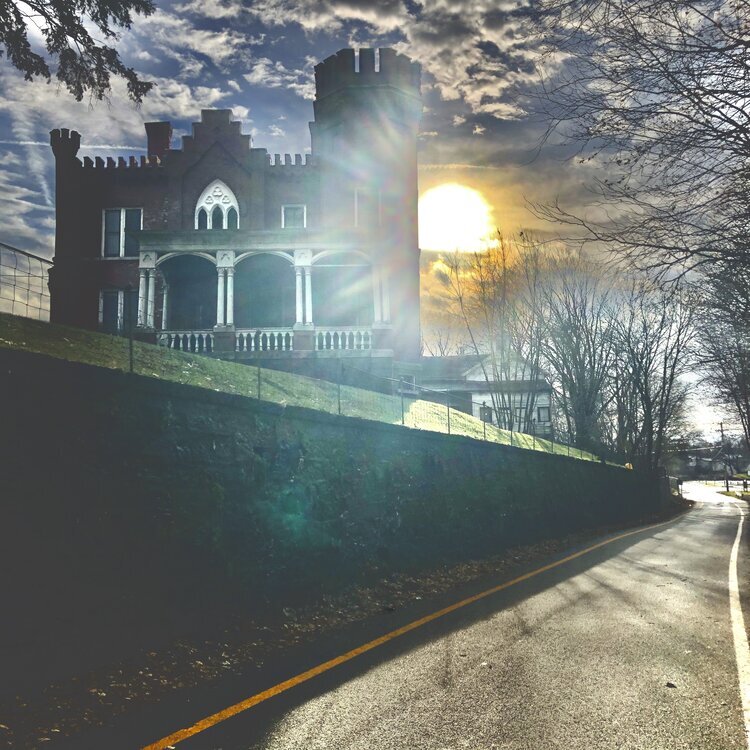 Thanks to agent Michael DeRosa for telling me about it! The Castle’s online auction has a starting bid of $25,000, and they all must be in shortly before midnight on October 31, 2020. Update: It sold for $335,000. (Photo credit: Michael DeRosa, Michael DeRosa Exchange, LL.)

If you have a listing you think my readers would like to see, send it to me! 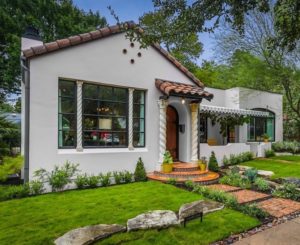