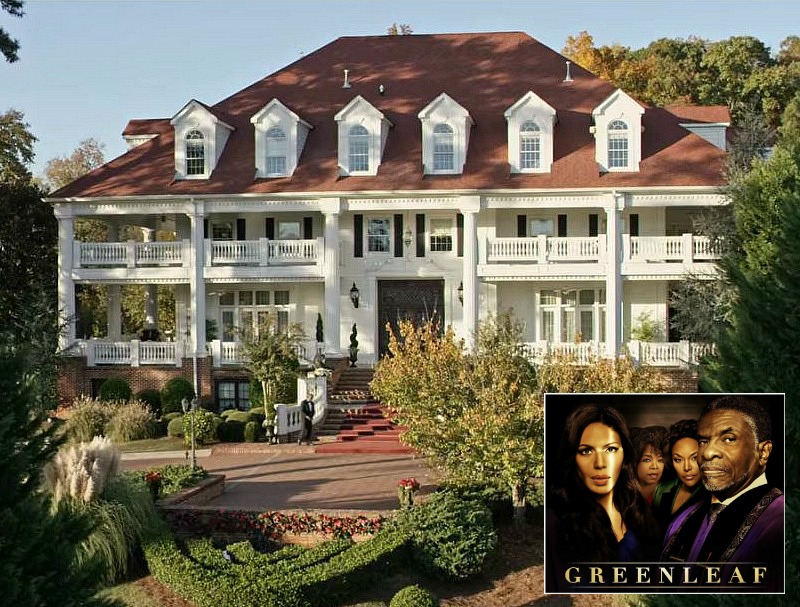 With the popular TV-drama “Greenleaf” kicking off its fifth and final season on the Oprah Winfrey Network (OWN), I decided to take a closer look at the impressive mansion where the family lives on the show. Every time I watch, I find myself gawping at the house and the sets, so I figured it was time to learn more about them!

Bishop James Greenleaf (Keith David) is the pastor of a megachurch called Calvary Fellowship in Memphis. He and his wife Lady Mae (Lynn Whitfield) live in this grand old house with their children and grandchildren.

The first season began with prodigal daughter Grace Greenleaf (Merle Dandridge) returning home after 20 years for her sister’s funeral. Determined to find out what happened to Faith, she starts asking questions that some family members don’t want to answer.

Every episode is filled with secrets, shocking revelations, and scandal that threaten to bring down “the family business.”

Read on to see what I learned about the house and the sets they built for the show!

The Greenleaf Mansion in Memphis 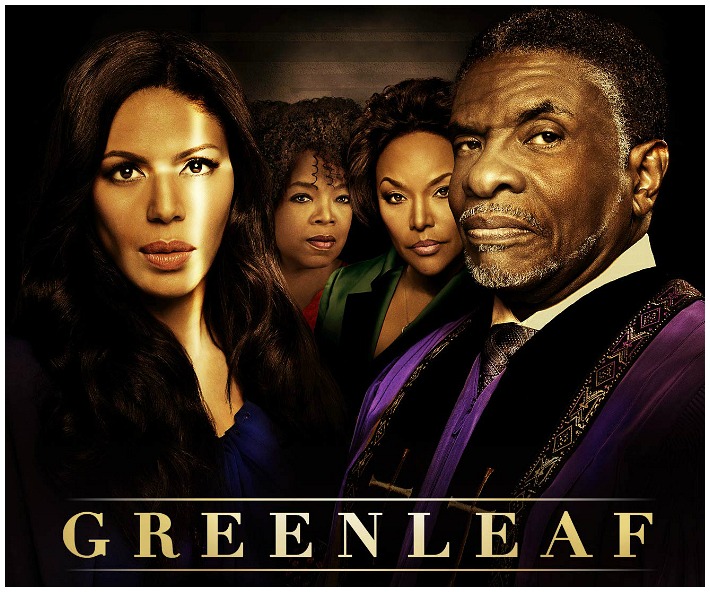 Oprah Winfrey is an executive producer and has a guest-starring role as the troubled Aunt Mavis on the show.

She says she insisted that the house be impressive enough that viewers would instantly understand how powerful and wealthy the Greenleaf family is: “There was a lot of discussion about it.”

She wasn’t impressed with the first location that was chosen as the Greenleaf family home and told director Clement Virgo that an “adequate” house would not do at all. They’d have to keep looking.

When Oprah saw this mansion, though, she says she knew it was perfect and cried, “Bam!” This was it. 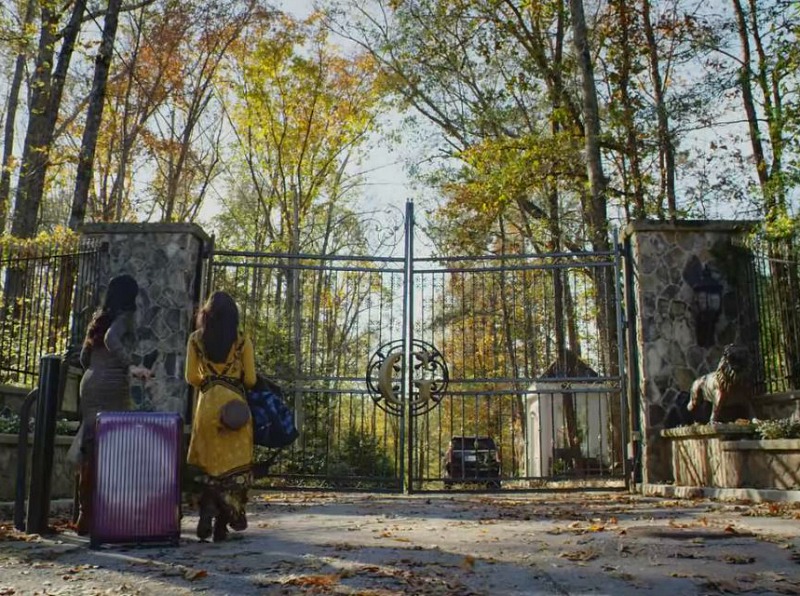 The show takes place in Tennessee, but it’s filmed in Georgia. 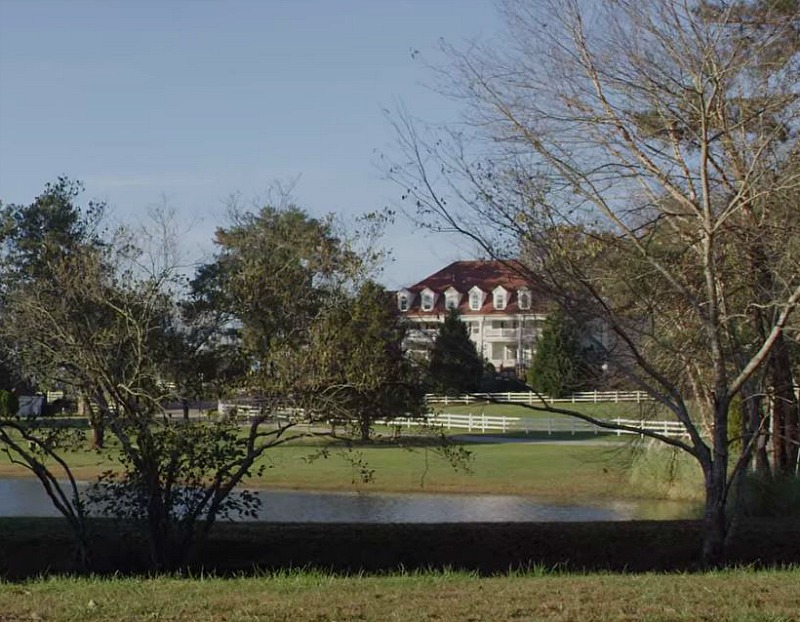 It was once a private home but is now the site of the Allen Entrepreneurial Institute.

They state that their mission at the Institute is “To increase the size and number of minority and women-owned businesses throughout the United States and globally.” 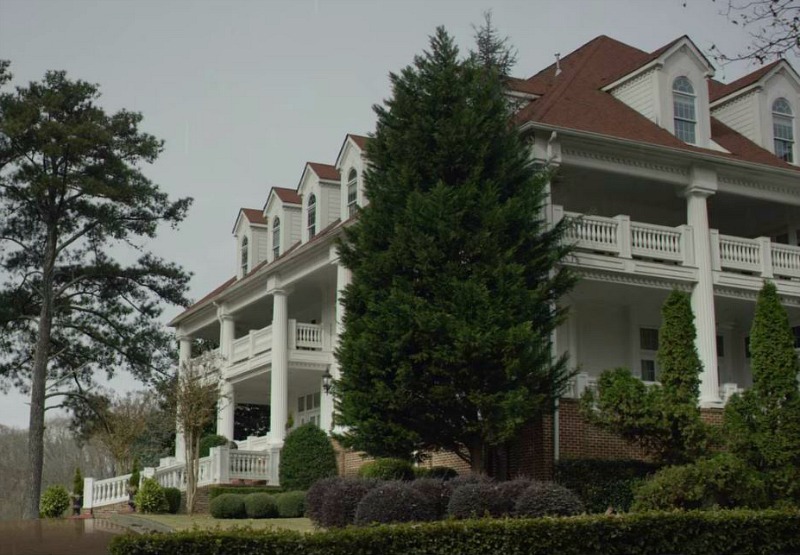 The AEI campus is home to the Allen Executive House, a boutique hotel and dormitory, the Allen Conference Center, and Miss Rebecca’s house, a 38,000-square-foot Antebellum-style mansion.

In addition to these classically designed and well-appointed structures, we are proud to also boast amenities such as 35 acres of lakes, a natural walking trail, a beach-house-style event pavilion, and several gazebos. 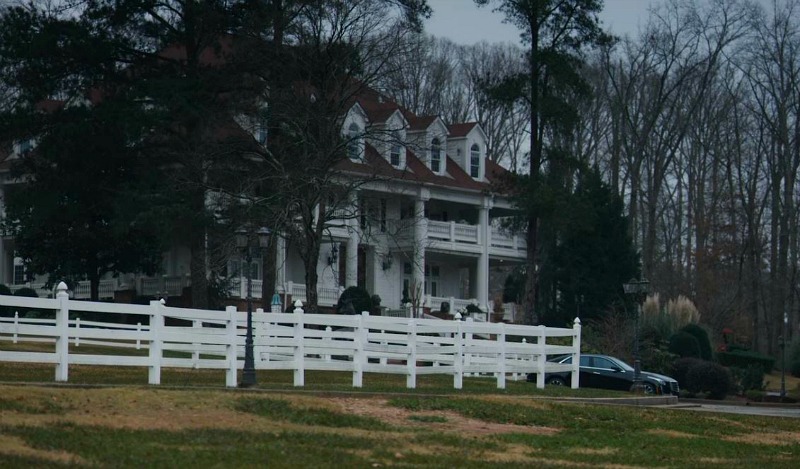 They take full advantage of the amazing grounds, lakes, and gazebos

on the show, which make great backdrops for the drama. 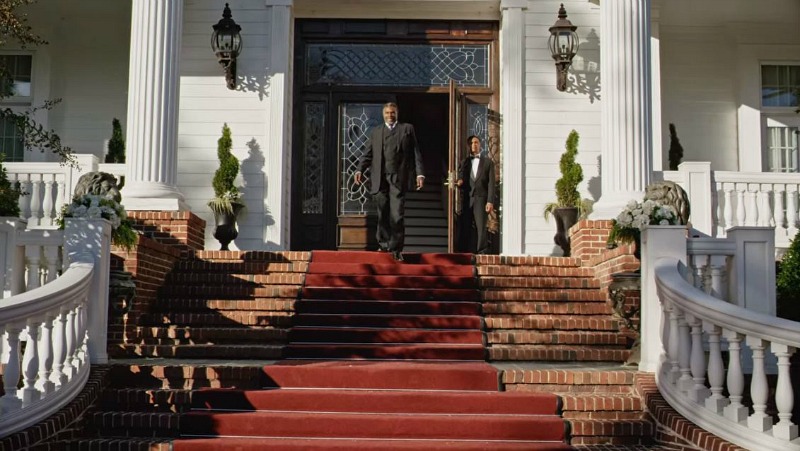 Many scenes are shot on the front steps and the double porches. 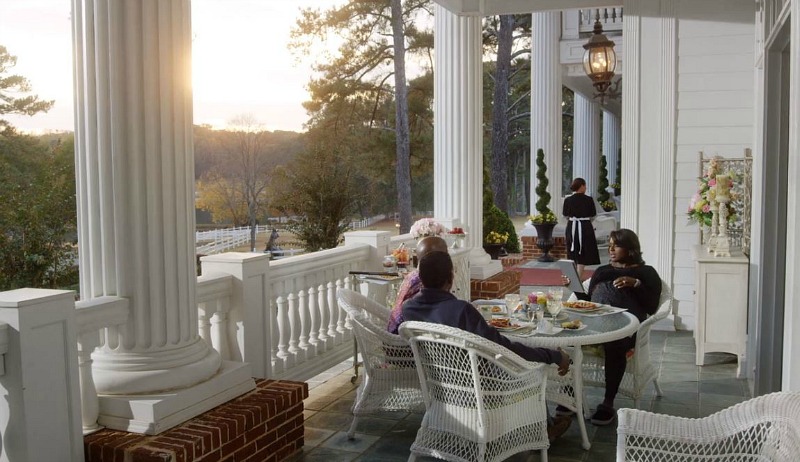 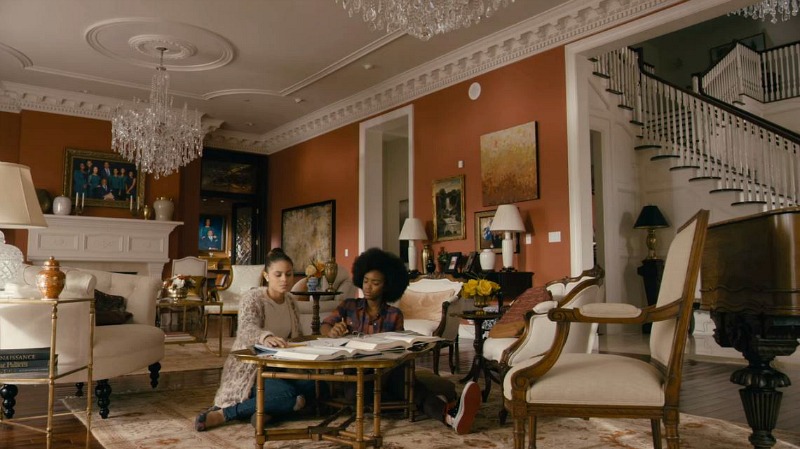 From what I can tell from my research and by looking at photos of the real house, the entry hall, living room, and dining room are all part of the actual mansion and those scenes are filmed on location.

But I believe the other rooms and bedroom suites are separate sets filmed at Eagle Rock Studios in Atlanta.

Location manager Patrick Rofoli told the Atlanta Journal-Constitution: “We have a portion of the Greenleaf Mansion built on stage, along with the offices and hallways of the churches, including an amazing coffee shop.” 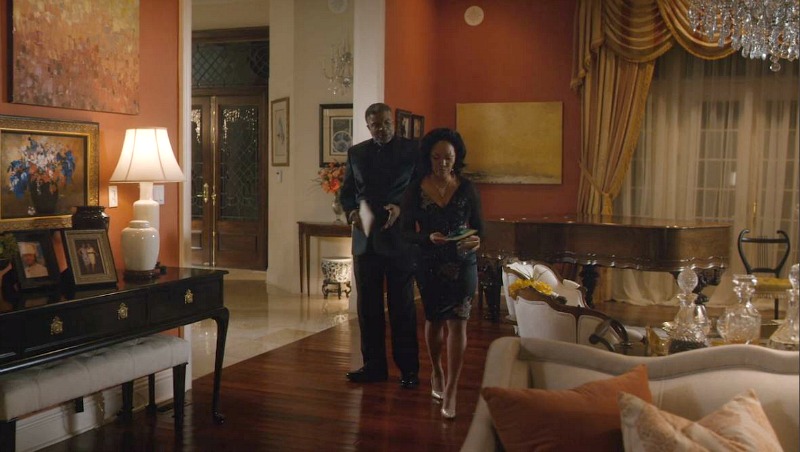 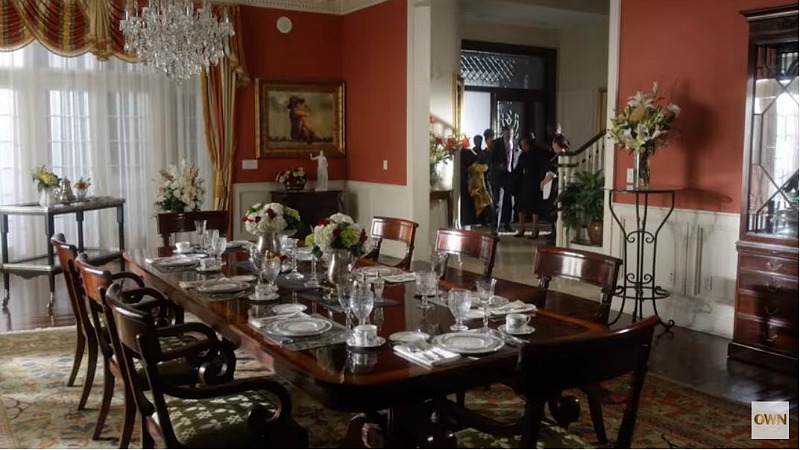 Oprah says the only person she ever considered for the formidable

family matriarch Mae Greenleaf was Lynn Whitfield. “The only one!” 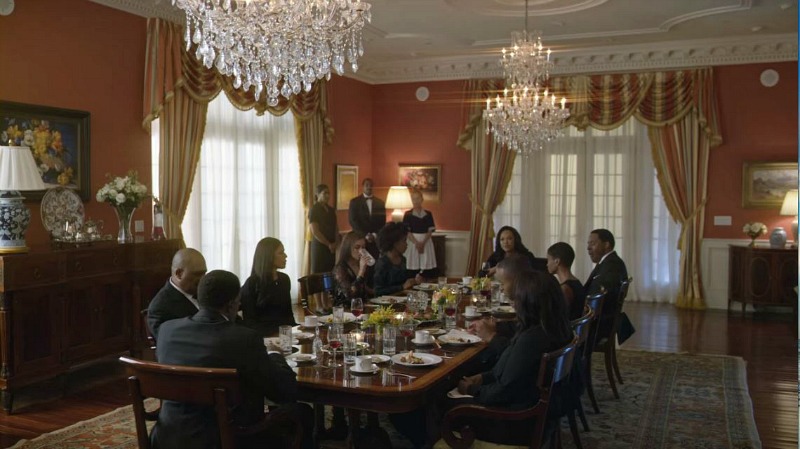 She comes by her powerful voice naturally — her aunt and uncle are BeBe and CeCe Winans. 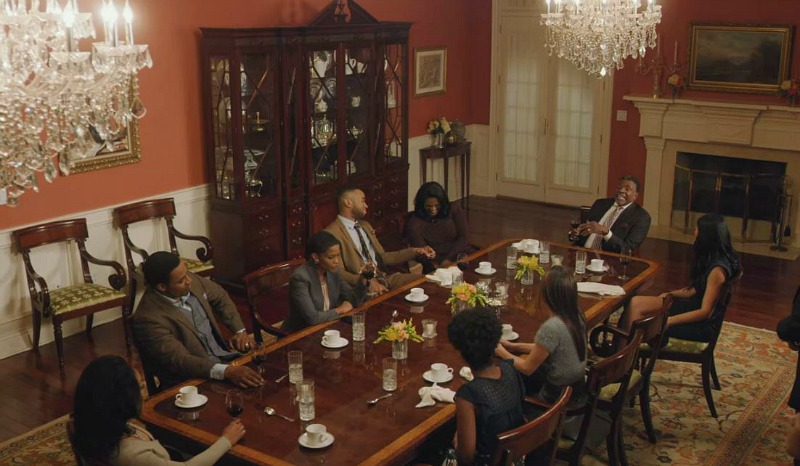 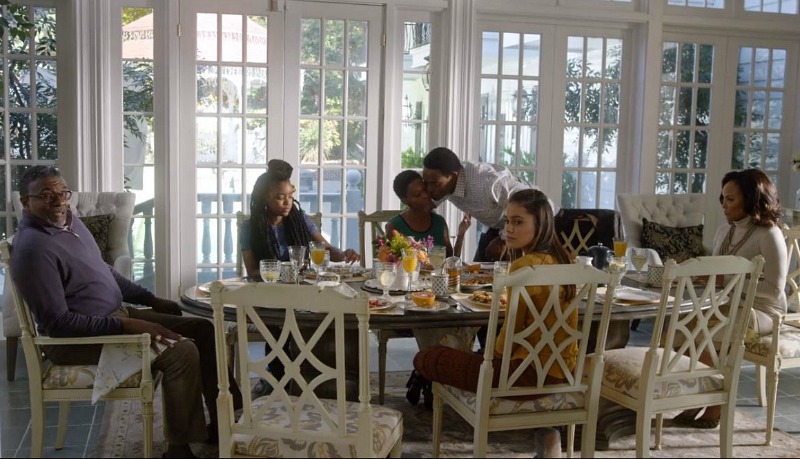 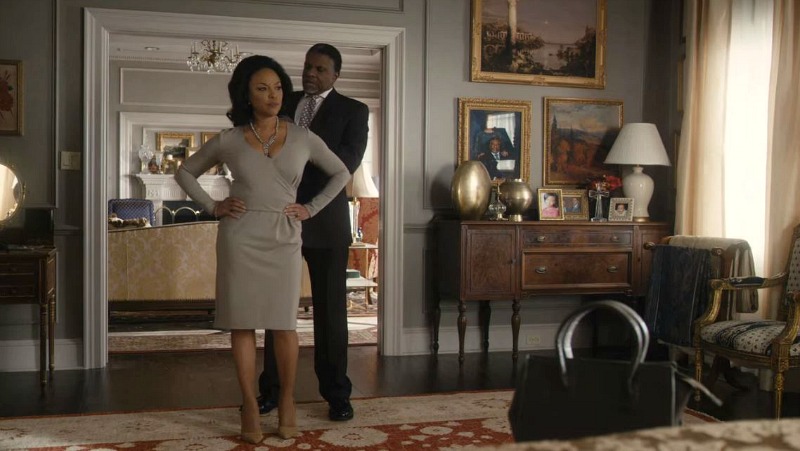 For the Greenleaf mansion itself, it’s really about Lady Mae. She’s the one who creates that environment.

She has great style, but it’s very focused and very rigid. Everything we do, we clearly focus on her character when it comes to the mansion itself. 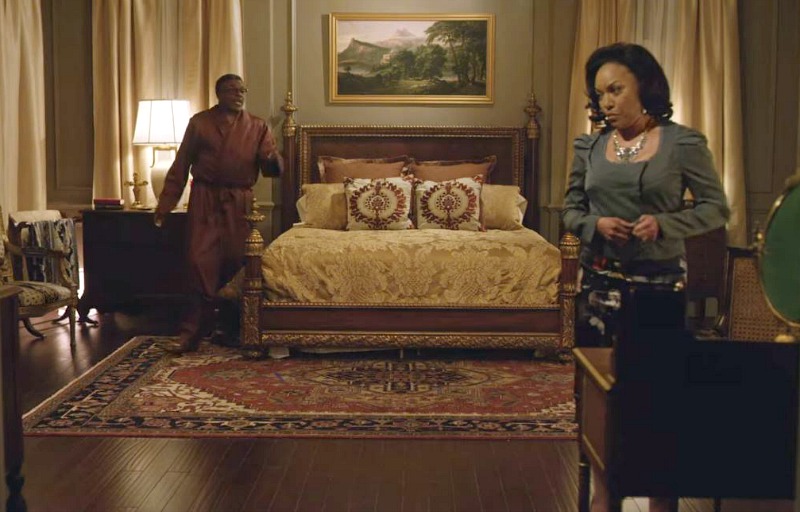 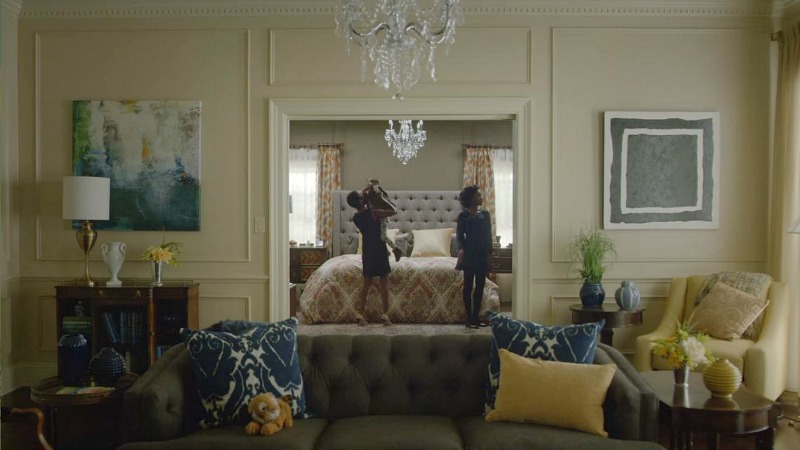 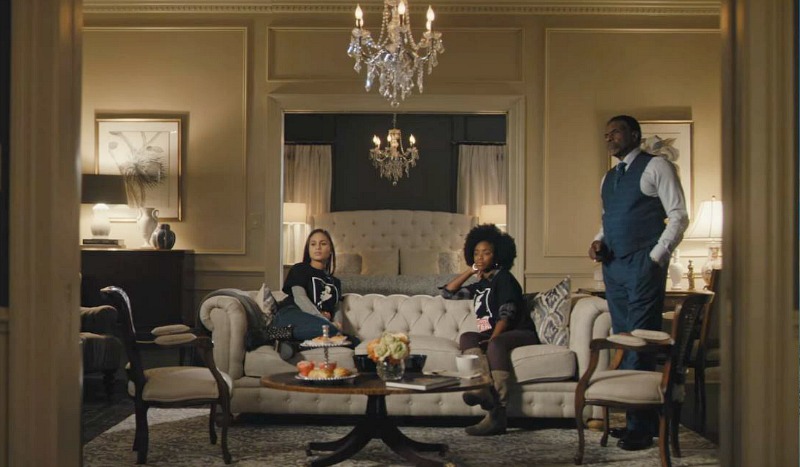 The concept of a wealthy and influential family all living together under one roof reminds me of Southfork on “Dallas” — but this one is a lot bigger. On “Greenleaf,” each family has its own apartment-size suite. 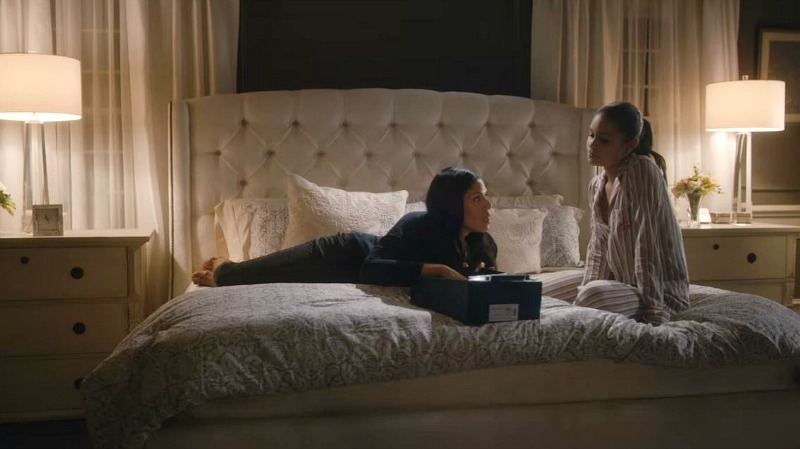 A Second-Story Porch is Accessible from the Bedroom Suites: 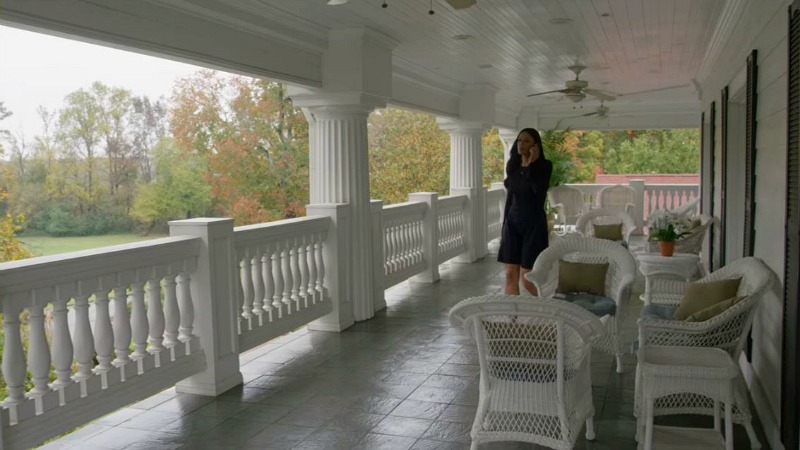 The Gazebo on the Lake 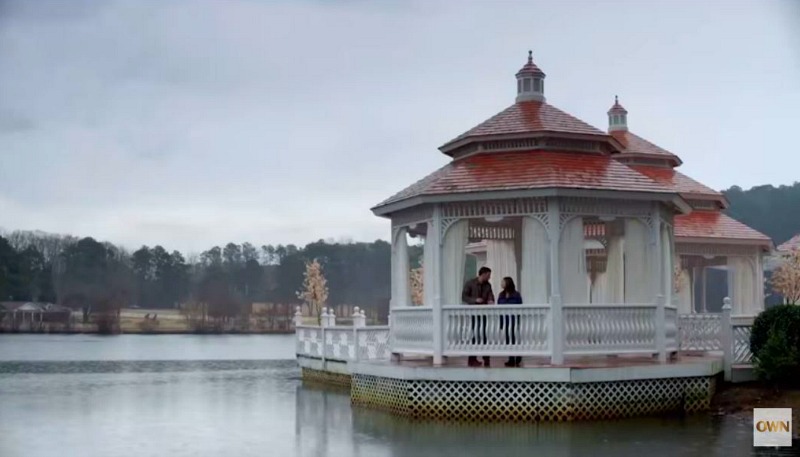 The show takes place in Memphis, but the house is located in Lithonia, outside Atlanta. 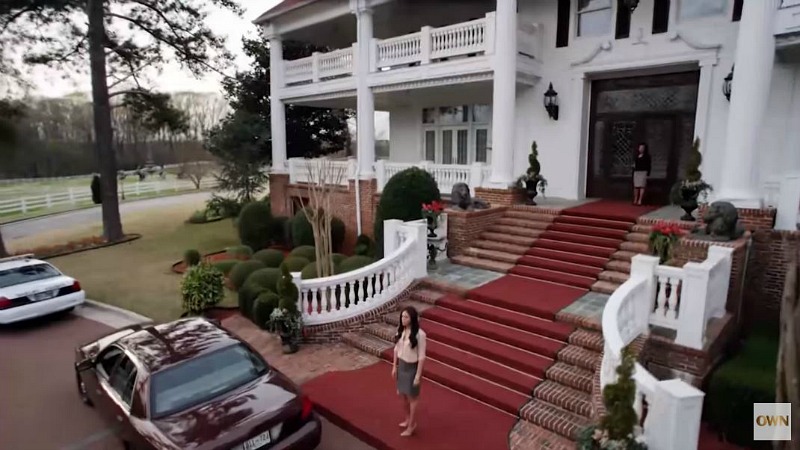 According to Architectural Digest:

Shot at Lithonia, Georgia’s Allen Entrepreneurial Institute, the grand 55,000-square-foot property at the center of the maelstrom immediately makes clear that the family who resides within is a formidable one.

“The story is that this gentleman built the house as a love letter to his mother, but apparently she passed away before she could move in,” reveals Merle Dandridge, who plays prodigal daughter Grace Greenleaf. 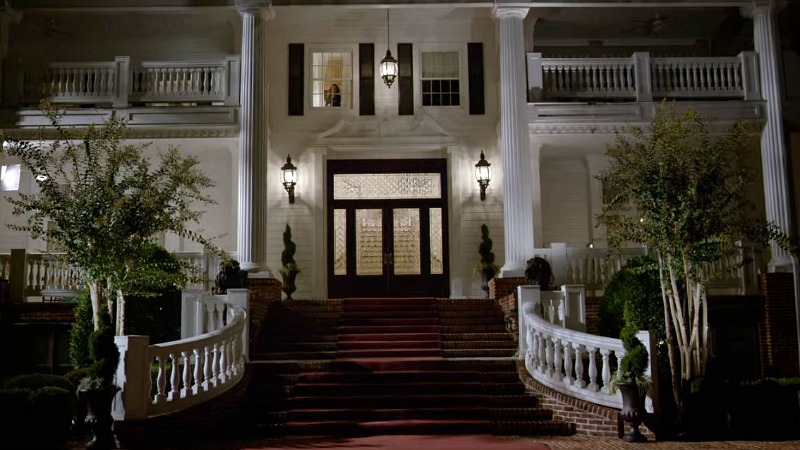 Are you watching “Greenleaf”? Sad that it’s ending after this season? Well, a spin-off is coming!

According to a press release from OWN: “From the inception of Greenleaf, series creator Craig Wright and executive producer Oprah Winfrey envisioned that the story told by the Lionsgate- and Harpo Films-produced series would span five seasons, with Wright contemplating a spin-off. These plans accelerated when fans expressed their support for the show after its final season was announced, reaffirming its passionate fan base.”

No word yet on which character it will focus on, though. 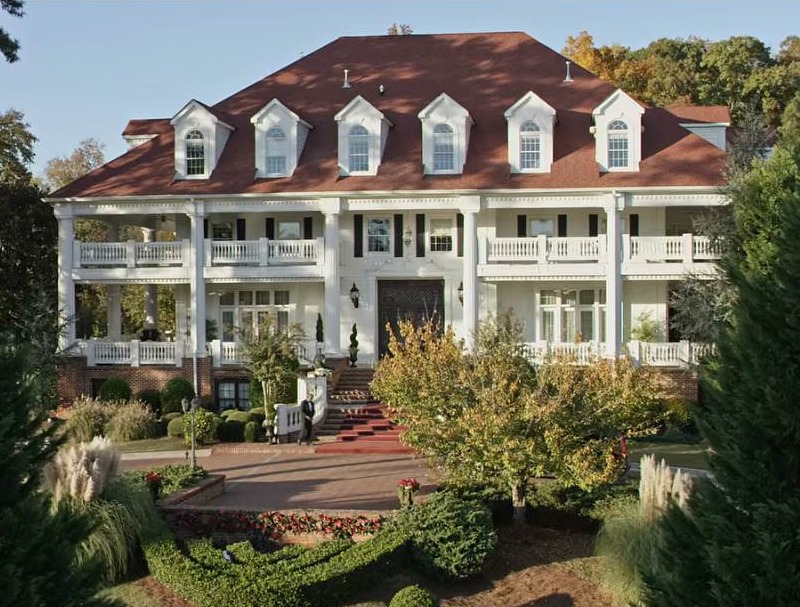 I took these screenshots while watching “Greenleaf” on Netflix. The fifth season is now airing on OWN.

You can see photos of the mansion on the Allen Entrepreneurial Institute website and take fun behind-the-scenes video tours of the sets on YouTube.

Visit my TV & Movie Houses page to see the others I’ve featured, listed from A-Z!