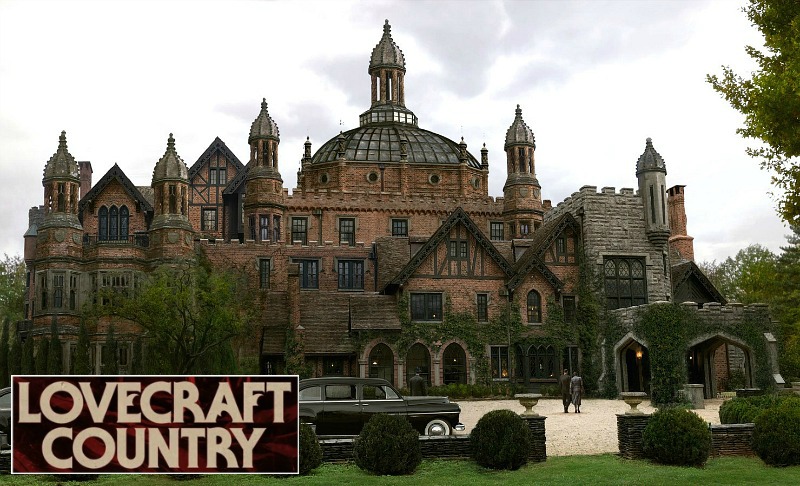 When I saw a preview for the new HBO series “Lovecraft Country” and this huge, over-the-top, Tudor-style mansion came on the screen, I stopped and did a double-take. I knew that house! At least some of it. Because the first three stories were very familiar.

If you were a fan of the Netflix series “The Haunting of Hill House,” I’ll bet you recognized it, too. And probably wondered how it suddenly sprouted several more stories, a new wing or two, and a glass dome on top! It’s amazing what they can do with CGI and special effects these days.

“Lovecraft Country” is hard to explain if you haven’t seen it yet, but it’s a compelling drama about a Black American veteran named Atticus Freeman searching for his missing father. His Uncle George and a photographer friend named Leti join him on a nightmarish road trip through 1950s America. Along the way they encounter racists and other monsters (literally).

In the second episode, called “Whitey on the Moon,” they arrive at Ardham Lodge in Massachusetts and are welcomed inside. At first they think they’re in paradise — the “Moving on Up” theme song from “The Jeffersons” plays as they explore their fabulous new digs — but they soon begin to realize it’s far from that.

Read on to learn all about the filming location they used for the mansion and the beautiful interiors they designed for it! 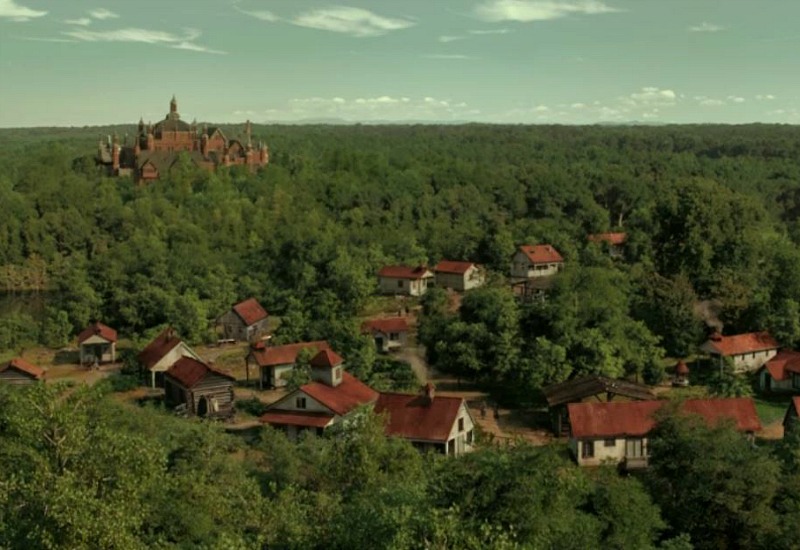 “Lovecraft Country” is based on the novel by Matt Ruff (Amazon affiliate link): 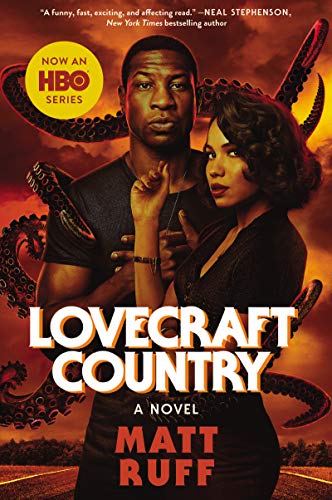 The title refers to the writings of novelist H.P. Lovecraft. 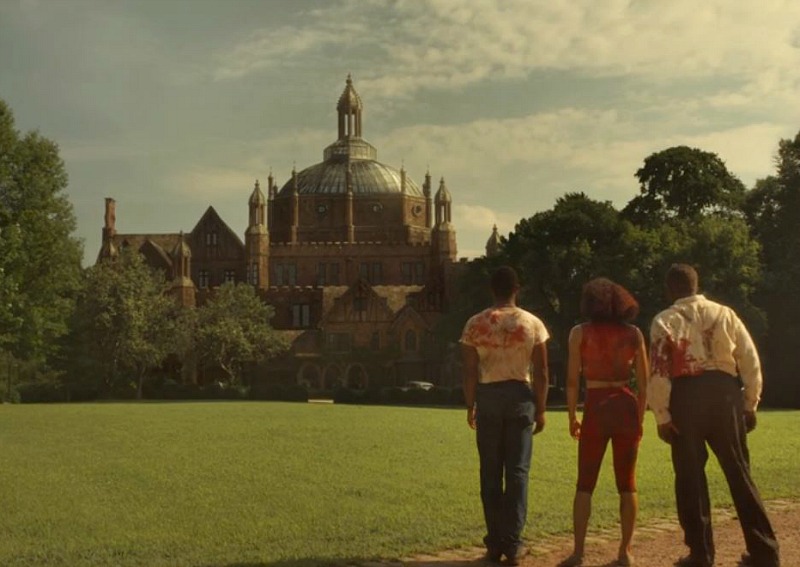 For Ardham Lodge, Production Designer Kalina Ivanov says she was looking for a Biltmore-like estate they could use near Atlanta.

They chose Bisham Manor in LaGrange, Georgia, which appeared in “The Haunting of Hill House” on Netflix in 2018.

It used to be a wedding and events venue but was sold a few years ago and appears to now be a private home.

Since then, the new owners have reportedly changed the name of the house from Bisham Manor to Alta Vista. 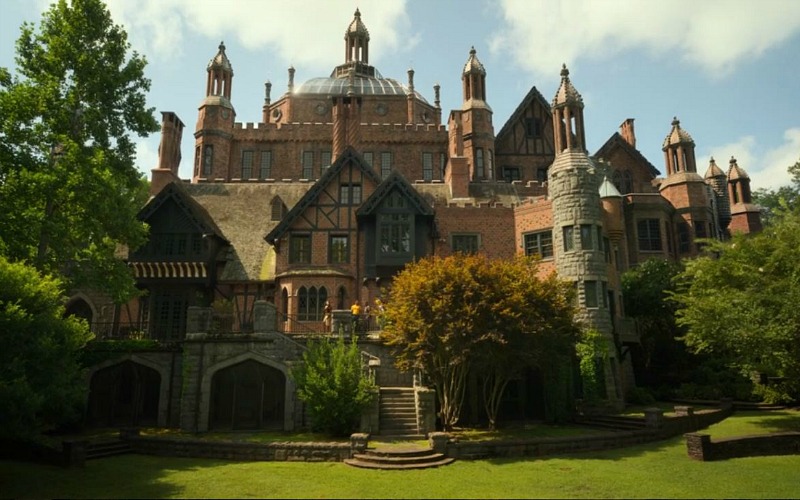 This is how the back of the manor looked in “Haunting of Hill House:” 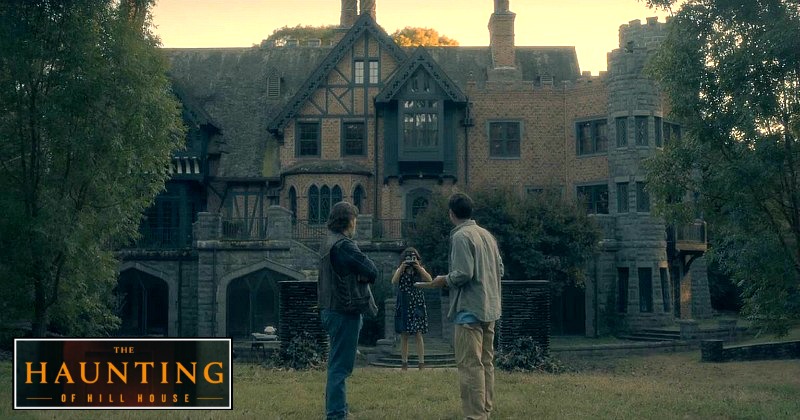 For Ardham Lodge they took the real manor and added onto it with CGI.

Here’s how the front of the mansion looked in “Lovecraft Country:” 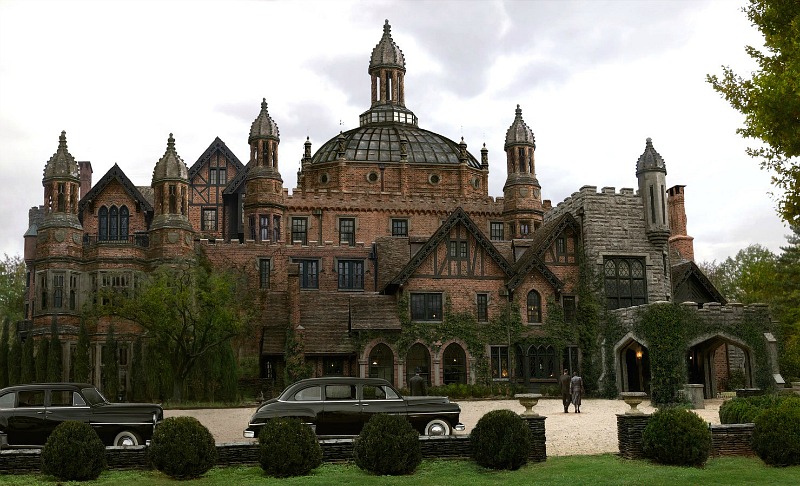 This is the part of the house that’s real (below): 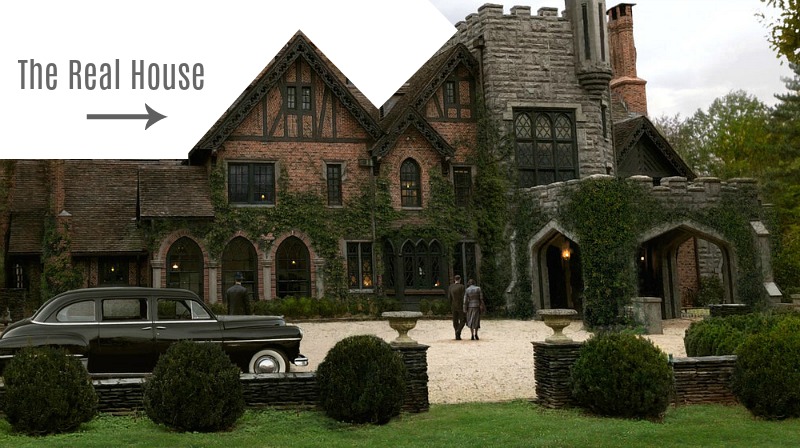 It’s still pretty big. According to Zillow it has about 9,500 square feet.

This was the front of the manor in “The Haunting of Hill House:” 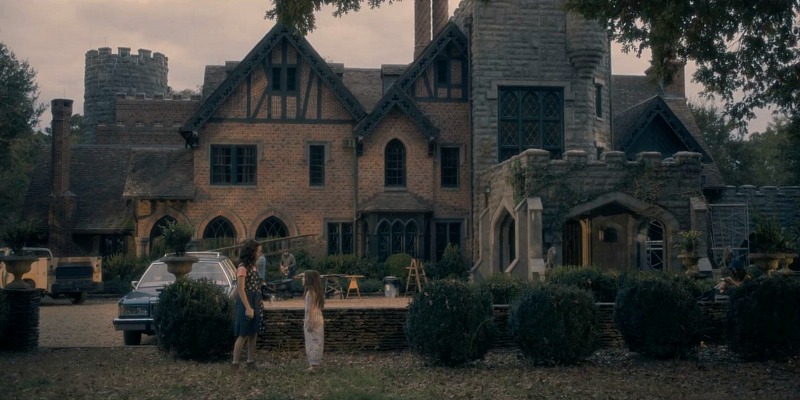 The Glass Dome on Top of Ardham Lodge: 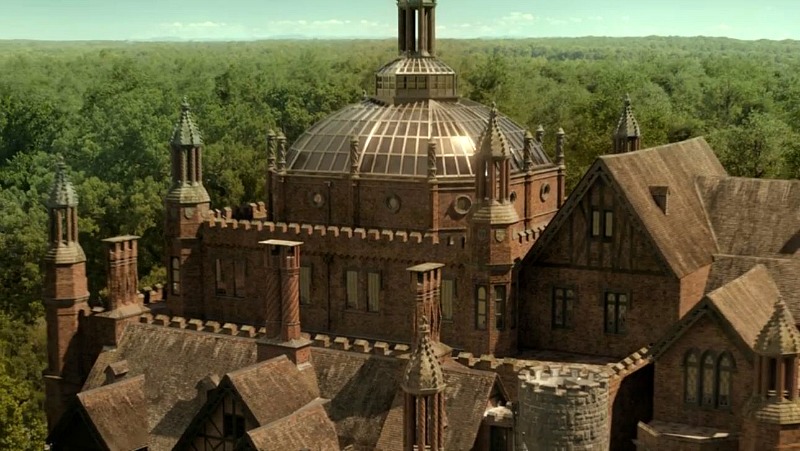 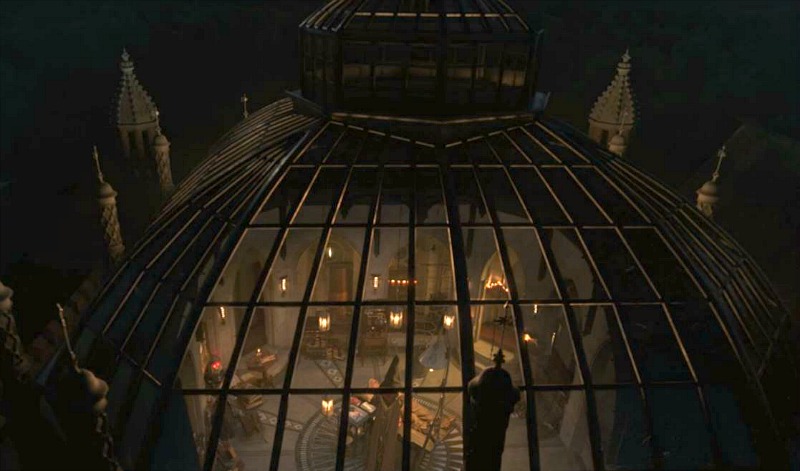 This was a set built on a separate soundstage. 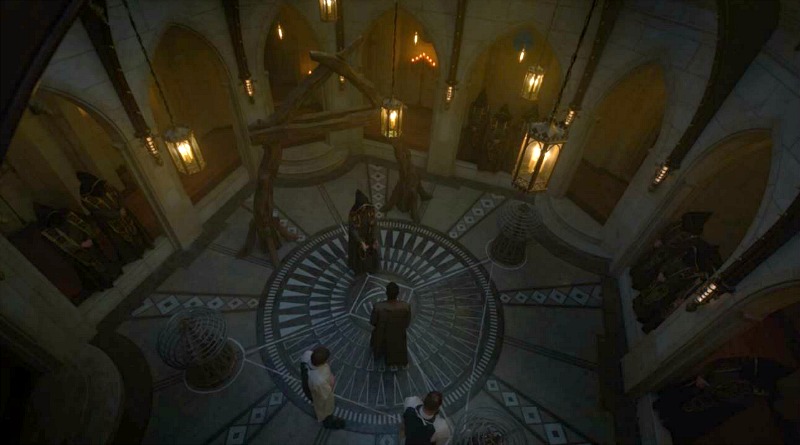 Not all of the rooms inside the house were sets and CGI, though.

Some of the scenes were shot on location at the manor. 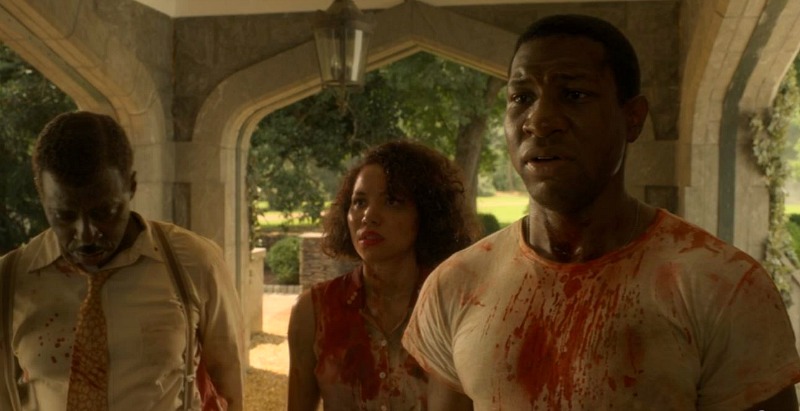 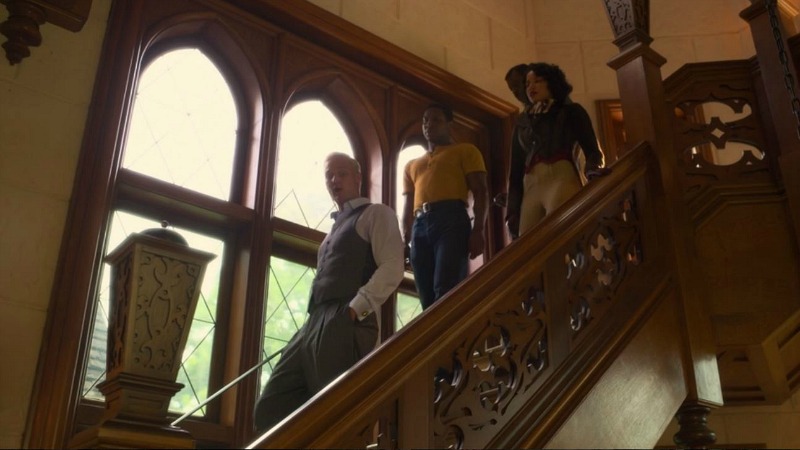 The staircase and grand two-story space with the fireplace below 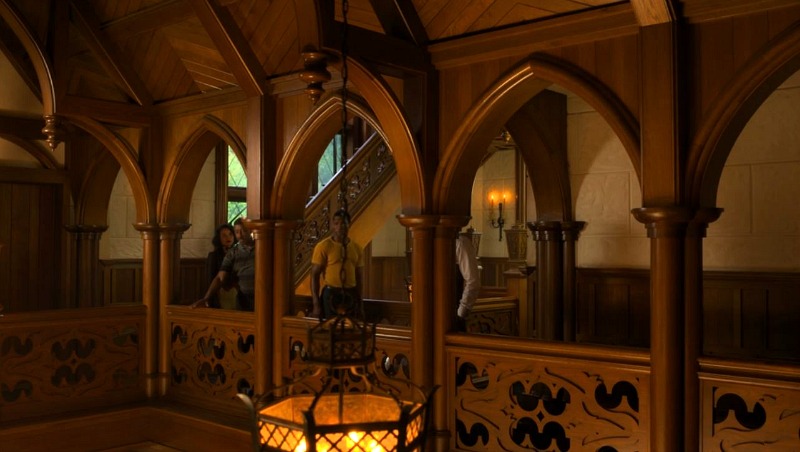 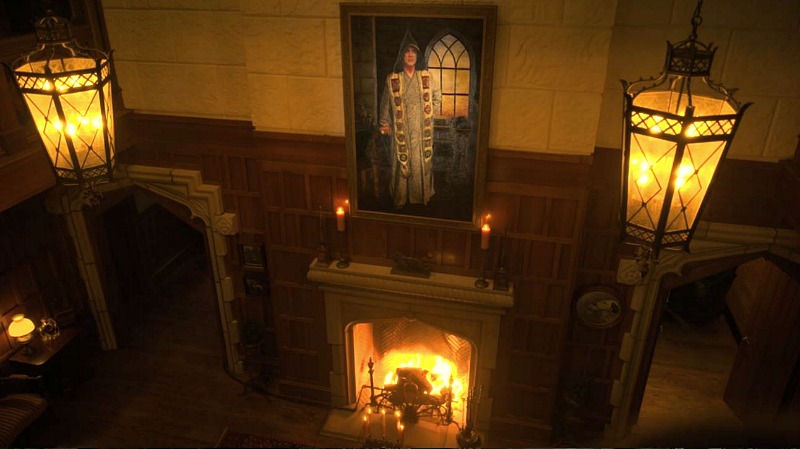 Looking up the staircase from the first floor:

The rest of the interiors were created on a soundstage. 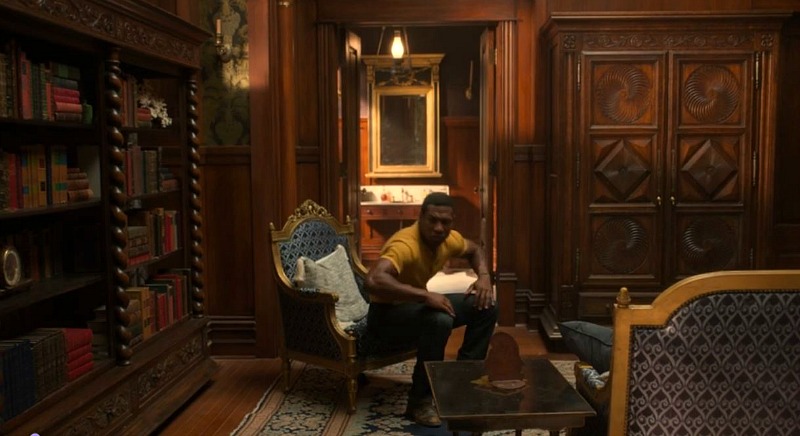 According to Architectural Digest:

Ivanov designed the interiors with a special eye to detail, offering clues about each of the characters.

“Each set was built for the character’s dream environment,” notes the designer. “For Leti, I wanted a 1930s movie star Hollywood set that was circular so we could shoot at a 360-degree angle as she dances around the room.”

A French style gilt-accented wardrobe cabinet and a risqué stained glass design complete the interior, along with a hand-painted Tree of Life–style mural on the walls. 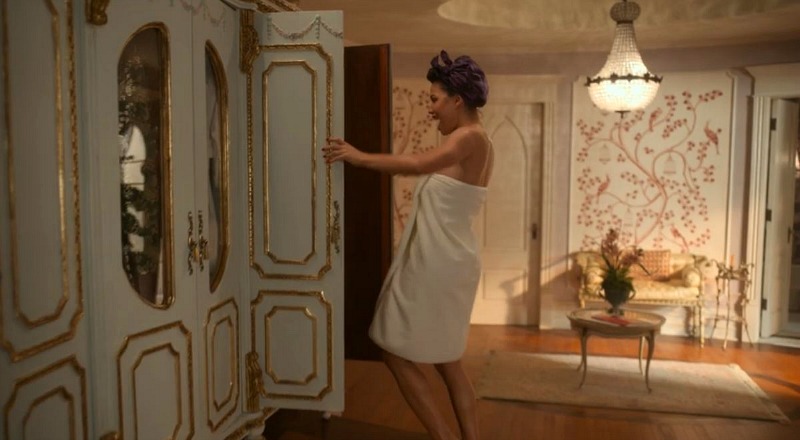 George’s bedroom is like sleeping in a library, which suits him: 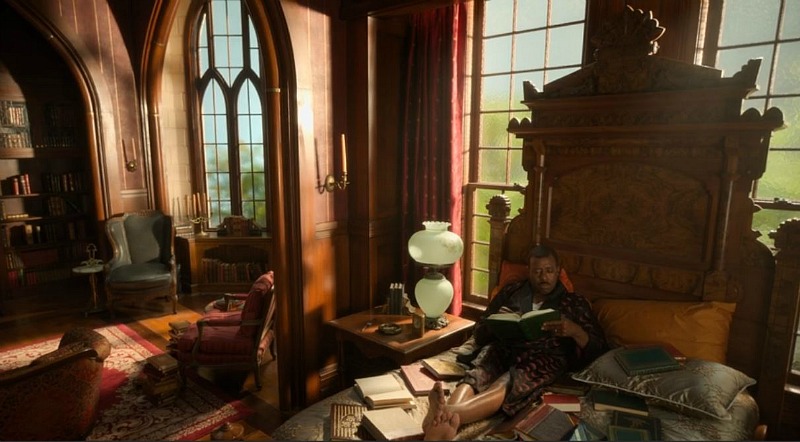 Jordan Peele is one of the creators of the show.

If his movie “Get Out” scared you, wait until you see this one. 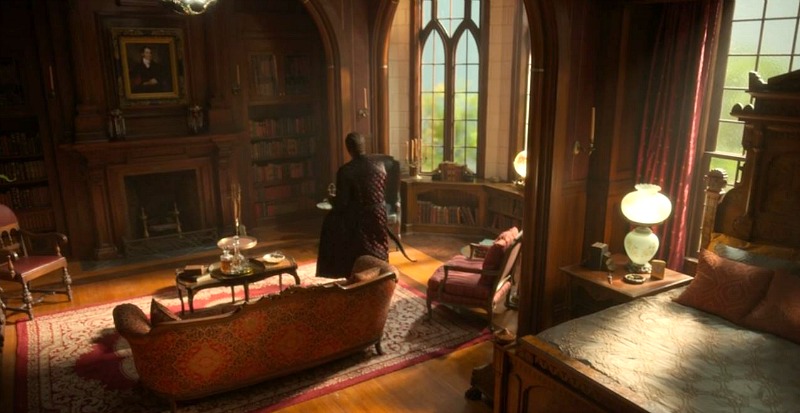 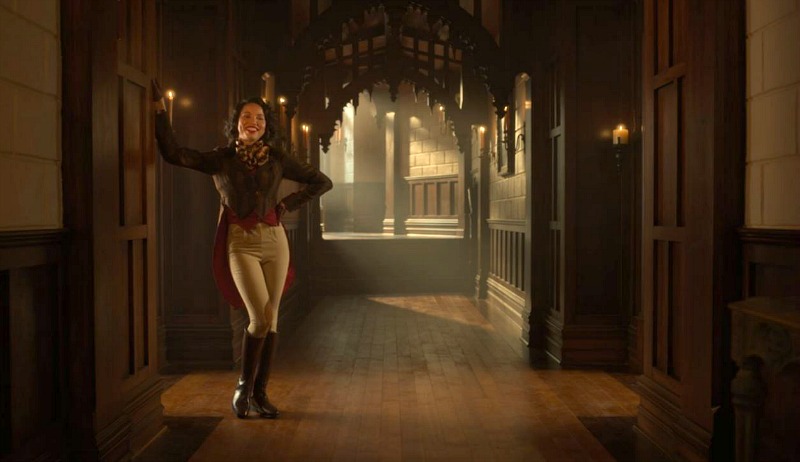 They filmed on the back patio of the house for this scene: 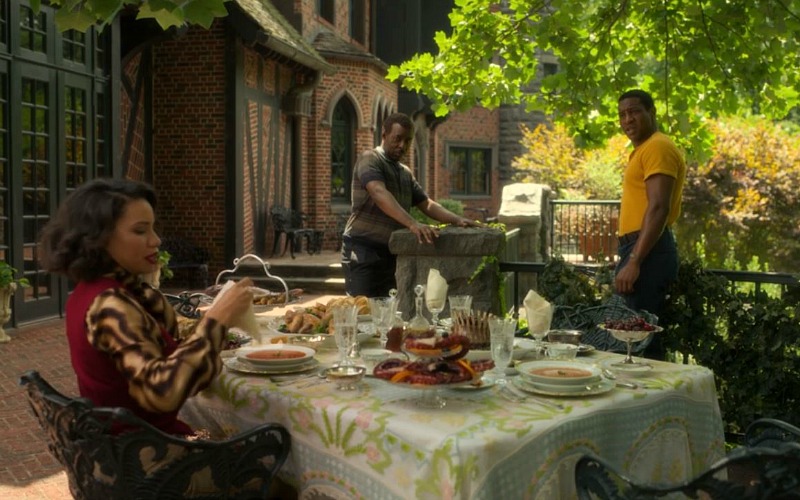 Most of these photos are screenshots I took, but the primary image of the exterior is courtesy of HBO. “Lovecraft Country” airs on Sunday nights and you can catch up with the episodes that have already aired at HBO Max. 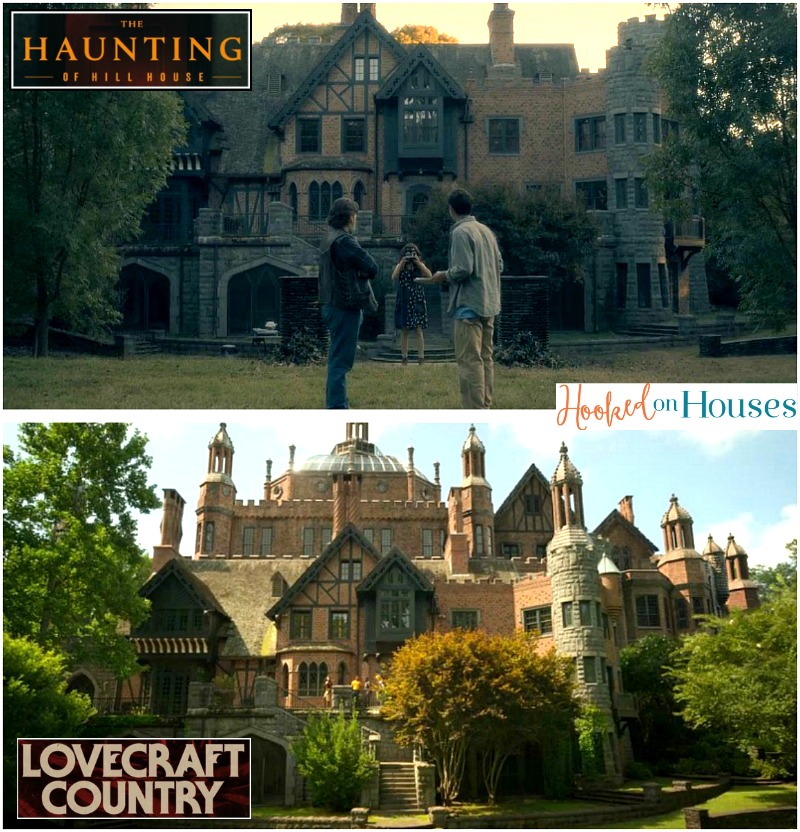 For more photos and information, read the article at Architectural Digest,

and check the 2014 listing for Bisham Manor (now Alta Vista).