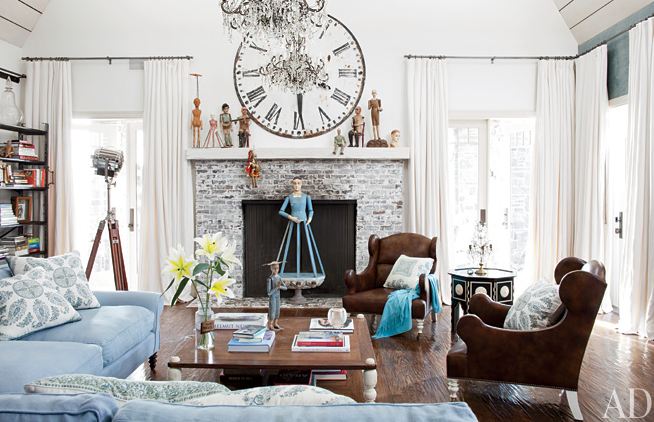 She told Architectural Digest that she frequently gets “itchy feet” to move: “We’ve never stayed in any place longer than seven years.”

After Kelly and Jack left the nest, they sold their “Contemporary Goth” house in Beverly Hills (made famous by their reality show on MTV) and bought a place in L.A.’s exclusive gated Hidden Hills community.

“I wanted a house with the best views,” Sharon said, “and I got it.”

It was featured in Architectural Digest last year. In the spread we could see that the living room has trendy sliding barn doors and a reclaimed-brick fireplace. Sharon collects antique Italian dolls and puppets that are on display. 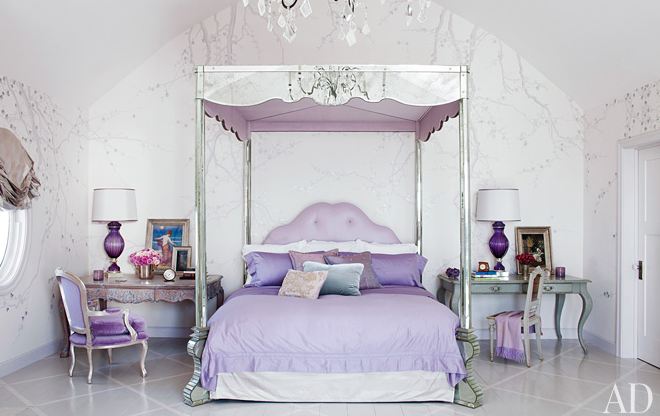 Last year it was reported that the Osbournes owed over a million dollars in unpaid taxes and might lose this house or the one they own in Malibu if the IRS chose to seize them.

They were able to settle their debt in time, but they put both houses on the market.

Sharon collects vintage Americana and displays some of it in the kitchen, including the antique cash register on the island: 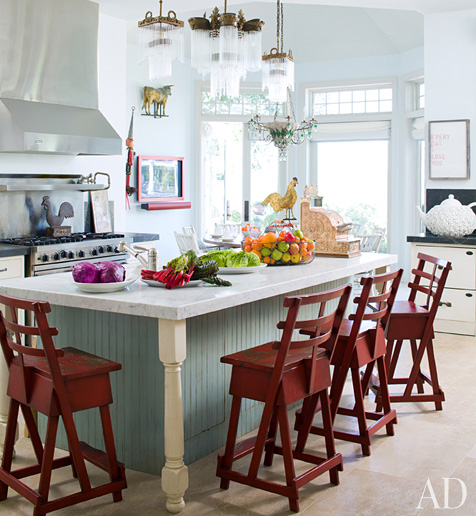 The house has 6 bedrooms and 10 baths. 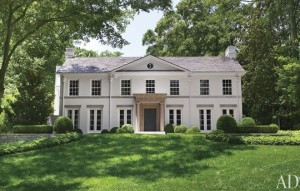 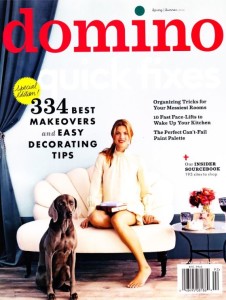