According to Curbed, “It’s been renovated and expanded since then, with two additional guest houses, an outdoor fireplace pavilion, and of course a tea house set in the middle of a pond in front of the coastline. In all, there are twelve bedrooms and twelve baths in 12,000 square feet set on 6.3 waterfront acres.”

Richard Gere was briefly married to supermodel Cindy Crawford, and then to actress Carey Lowell. He married Alejandra Silva in 2018 and they had a baby boy together in 2019.

The listing says, “This is a once in a lifetime opportunity to own a truly spectacular waterfront property on the Gold Coast in North Haven. The bay front compound, which consists of 3 single and separate lots, spans an impressive 6.30 acres and includes 300 ft of bay frontage, dock permits and room for tennis.”

Previous Post
Anderson Cooper’s Houses: Which One Would You Buy? 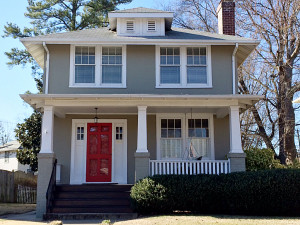